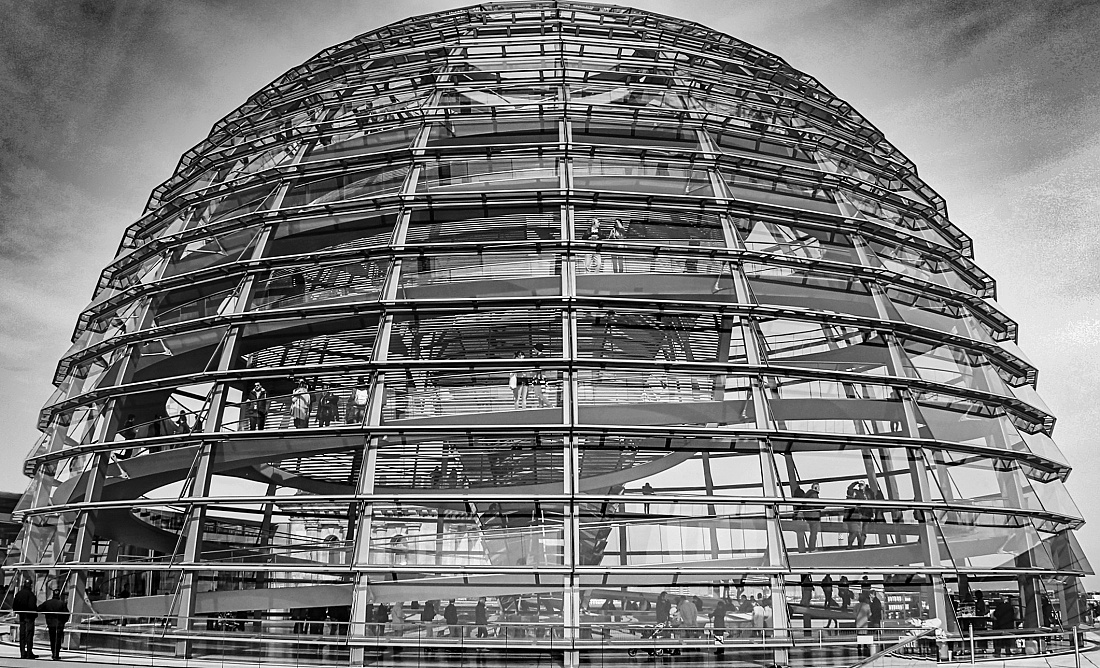 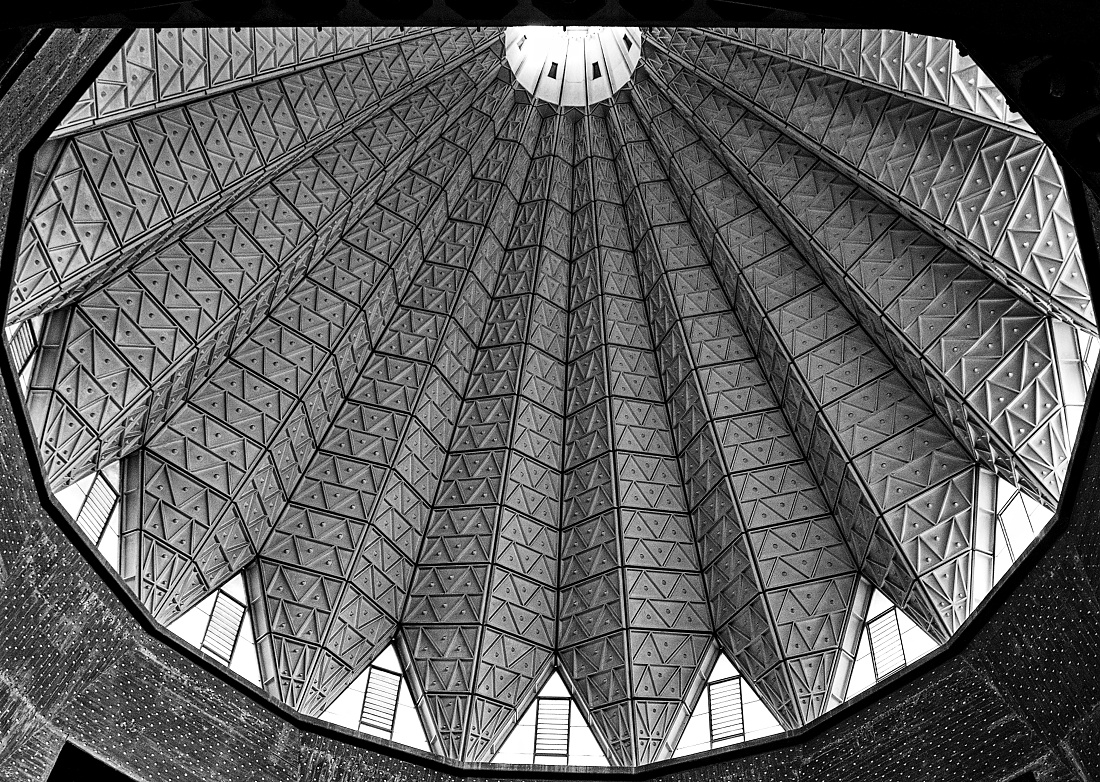 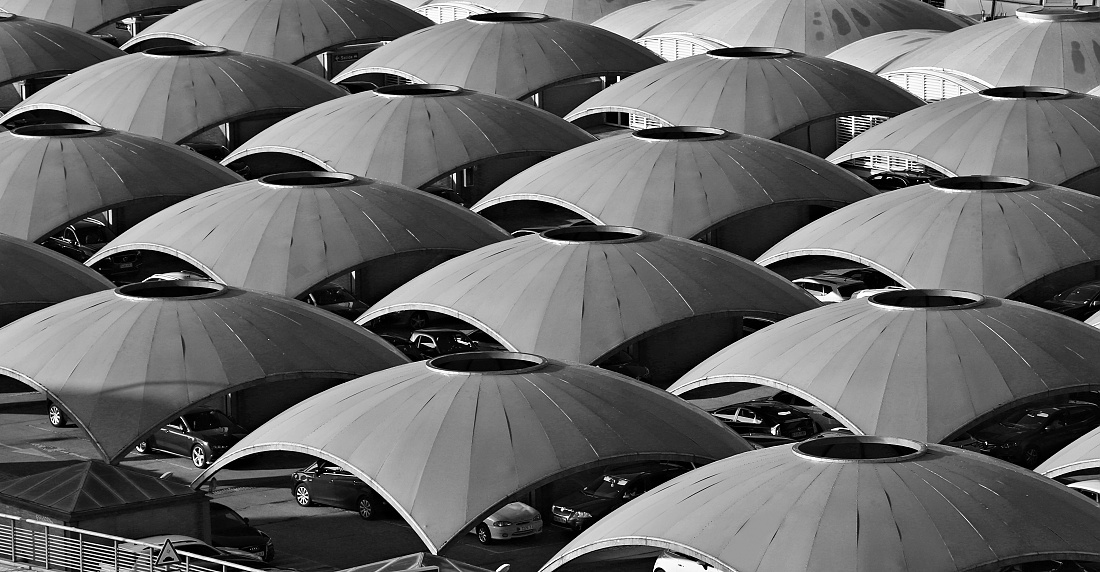 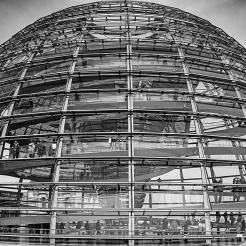 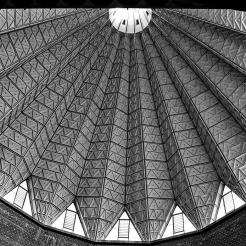 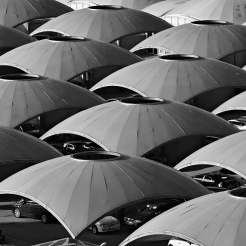 Strikingly different implementations of the same architectural form of cupola in various architectural structures: the Bundestag in Berlin, the Basilica of the Annunciation in Nazareth and the parking lot at Madrid Atocha railway station.