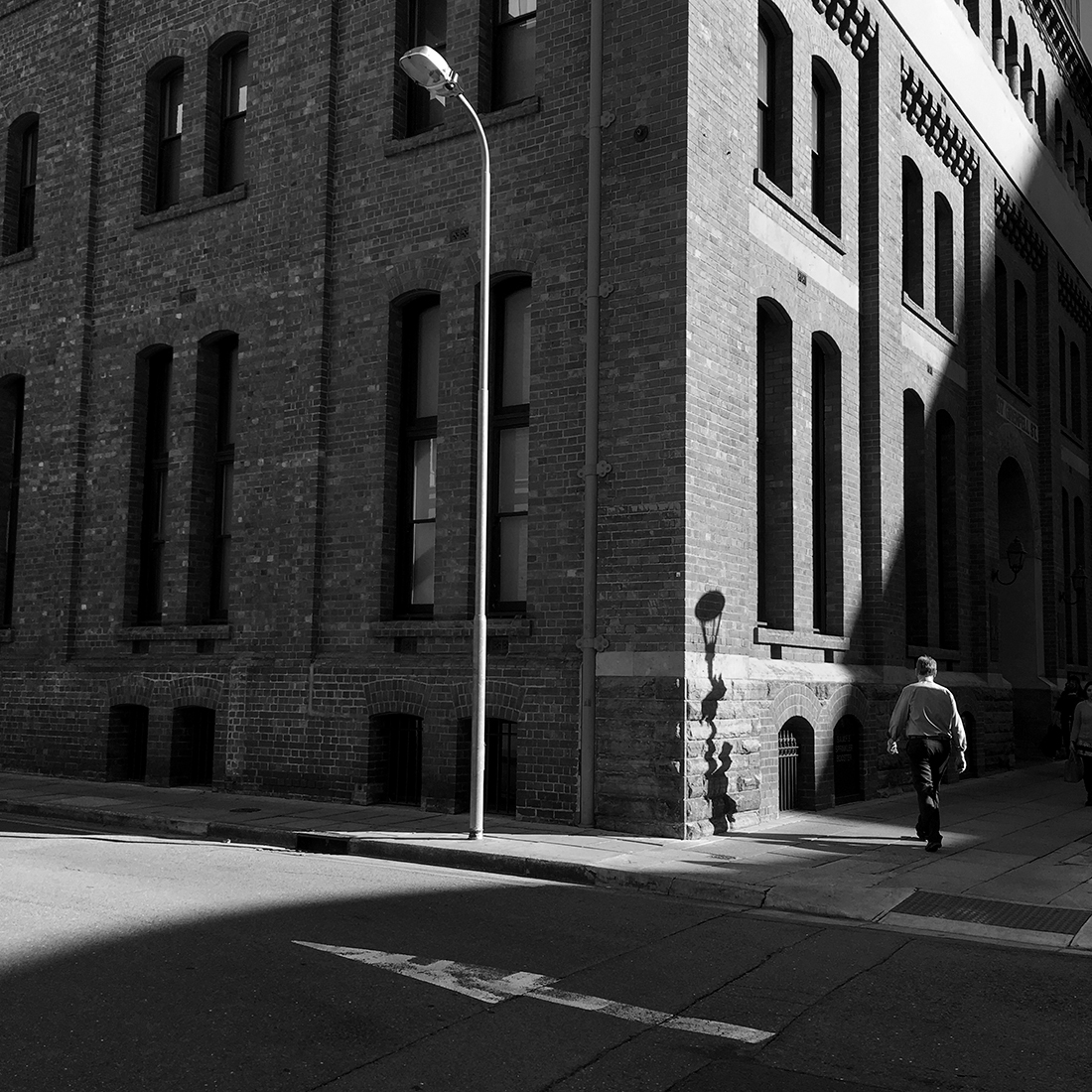 This street corner looks like a scene from a noir thriller. The light plays with the streetlight and the arrow on the road. Where is this man going? Where has he been?

I am interested in the stories that unfold in the street. The small moments that are quickly lost and forgotten. I often wait for the play of light in the same place day after day to see who will pass by. Reflections and shadows fascinate me.

She has had thirteen solo exhibitions at galleries around Australia and has had work shown in London, New York and at three International Biennials of Fine Art and Documentary Photography (Malaga, 2014; Berlin, 2016; Barcelona, 2019).
SHARE
Support this photographer - share this work on Facebook.
< BACK TO GALLERY