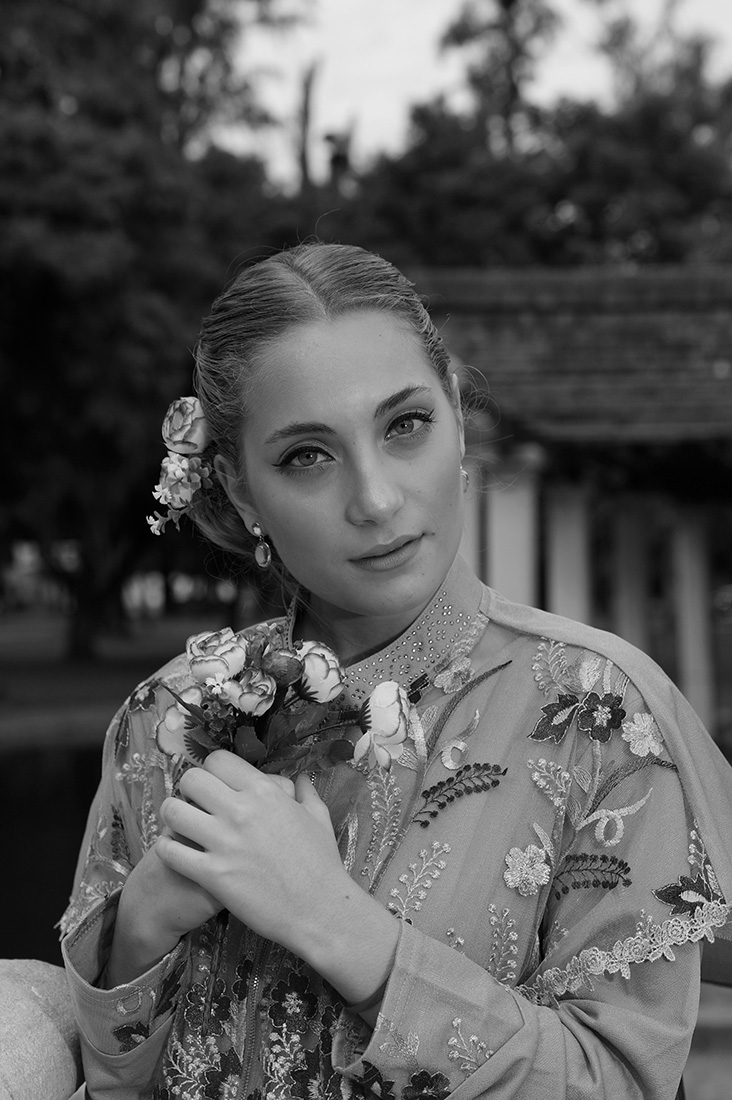 This photo was taken in May 2019 in the Rosedal of the city of Rosario, a park with lots of roses, a place that seemed ideal for the model and the type of clothing she had.

I am an amateur photographer who lives in the city of Rosario, Argentina, and i started taking photography courses in 2000. It's the same year that I won the First Prize and five mentions, in the photo contest held at the Peña Fotográfica Rosarina in the city of Rosario, Argentina. In 2002, I received recognition for the acceptance of a work for the exhibition in the "150th Anniversary City of Rosario" Contest. Later in 2004 a Mention in the 17th Hall, San Cristobal National Photo Contest, and finally in 2009, in the 22nd Hall, of the same contest, obtain a Special Mention. After that, in 2017 I got an honorable mention in the IPOTY contest in the self portrait category.
SHARE
Support this photographer - share this work on Facebook.
< BACK TO GALLERY