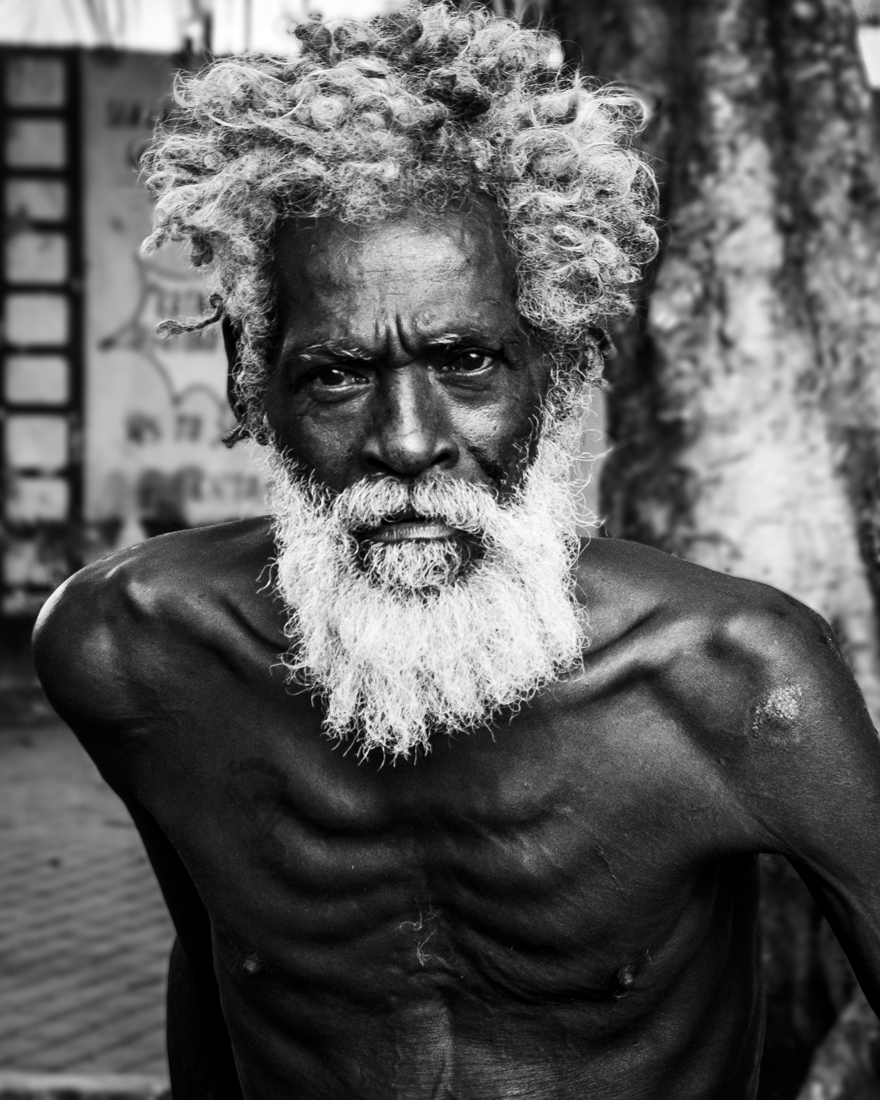 I took this image during my 13 months journey through Latin America on the Colombian island San Andrés in September '18. This homeless man immediately struck me with his look so I went over, asked him if I could take his portrait and offered him some money. He refused to take my money, told me it's not worth anything there (no one else on the island ever refused to take my money ;)) but granted me permission to take his portrait.
I didn't have a suitable portrait lens with me and it was already quite dark but despite all this I think this is the best photograph I took in 2018. His look still intrigues me months later.