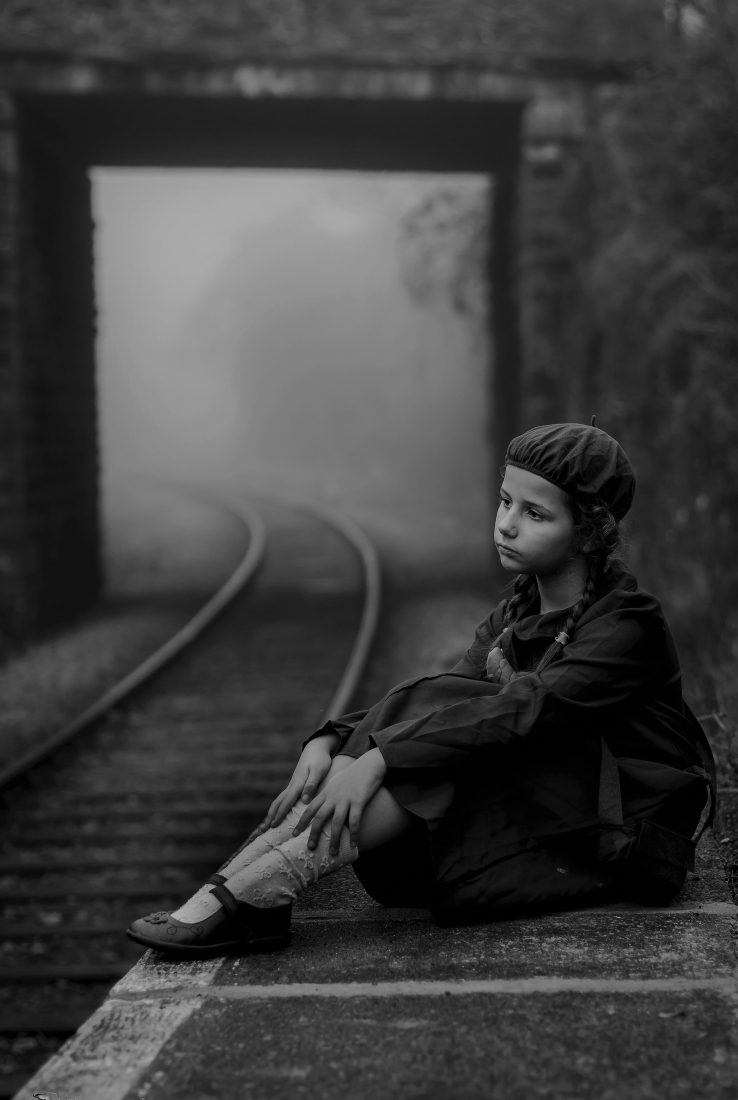 Taken in Sandplace a train station in Cornwall UK in December 2016.
The main idea of the concept was the Evacuation children of London just before WWII.
The scenery that day was ideal as there was mist and my daughter is the model.
She was 9 years old back then and managed to get the feeling that i had visualised for this concept.
The inspiration behind this concept was my mother in law who was one of these children back then.
I have used a 50mm 1.4 canon lens and natural light.

Born in 1976 in Greece. Leaving in the uk since 2002.
Started with photography in 2013 and since then took part in over ten group exhibitions and had two solo exhibitions in Greece in 2015 and 2018.
Won the gold medal of the Hellenic photographic society in 2017 for my b&w image Evacuation child and honorable mention in the international competition of Monochrome awards in 2017.
I use a Canon 6DII at the moment but started with a Sony followed by a Canon 70D.
SHARE
Support this photographer - share this work on Facebook.
< BACK TO GALLERY