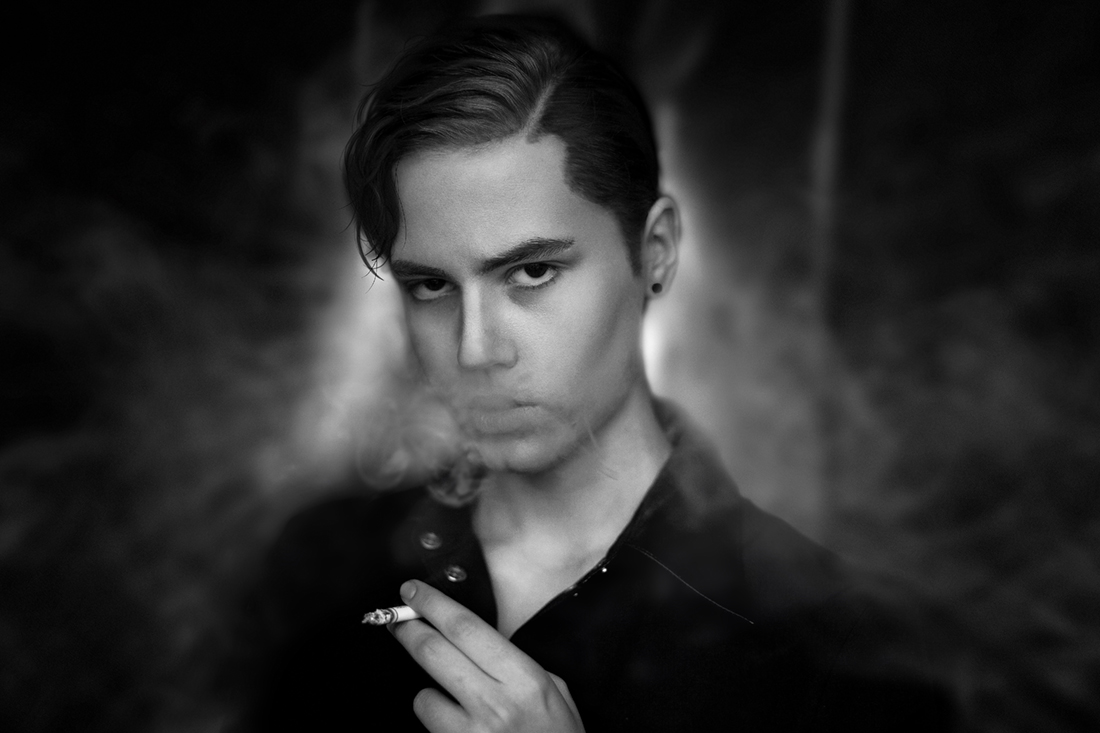 Photo © Iya Beksheneva
TITLE: Not me

Self-portrait.
It is considered every person has masculine and feminine energies  - yin and yang. I am a girl and I know what my yin looks like so I've created this photography to look and show my yang.

Iya Beksheneva is a 22-years-old self-portrait photographer based in Semey, Kazakhstan. Passionated by taking pictures Iya has graduated from the faculty of photography of IGUMO, Moscow.
She has discovered a self-portrait genre in 2014 and still continues to develop it. Makeup, fx makeup, costumes are done by herself, down to every last detail. In the world of photography Iya can be who she wants to. So her aim is creating characters inspired by legends, mythology and her own fantasies paying more attention to the aesthetic part. She found self-actualize and freedom herein.
Iya was awarded in ND Photography Awards 2016 with Honorable Mention in People: Self-Portrait Category.
Share
Support this photographer - share this work on Facebook.
< BACK TO GALLERY