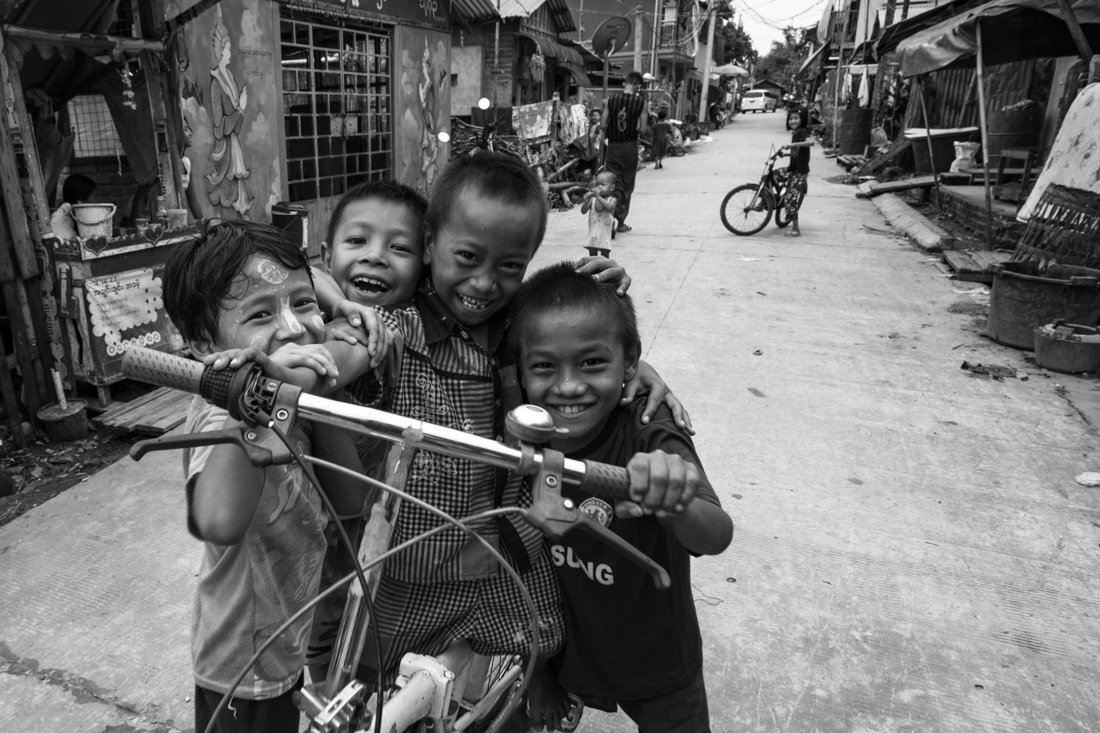 Children on Bicycles was taken in June 2018 in the small town of Din in Yangon, Myanmar. A few boys were playing with a bicycle with joy. Their innocent young faces are showing infinite innocence and ease, eyes are full of joy and naughtiness, clenched hands seem to have a strong force. A girl not far away was riding her bicycle, smiling shyly and looking over here from time to time. Apart from a few walking children, the long streets are full of dilapidated and messy houses, although there is a modern car in the distance, the poverty still can’t be hidden here. This is the place where children study, grow, live and rest. But from the children's happy looks, we can see there will be a better life tomorrow.