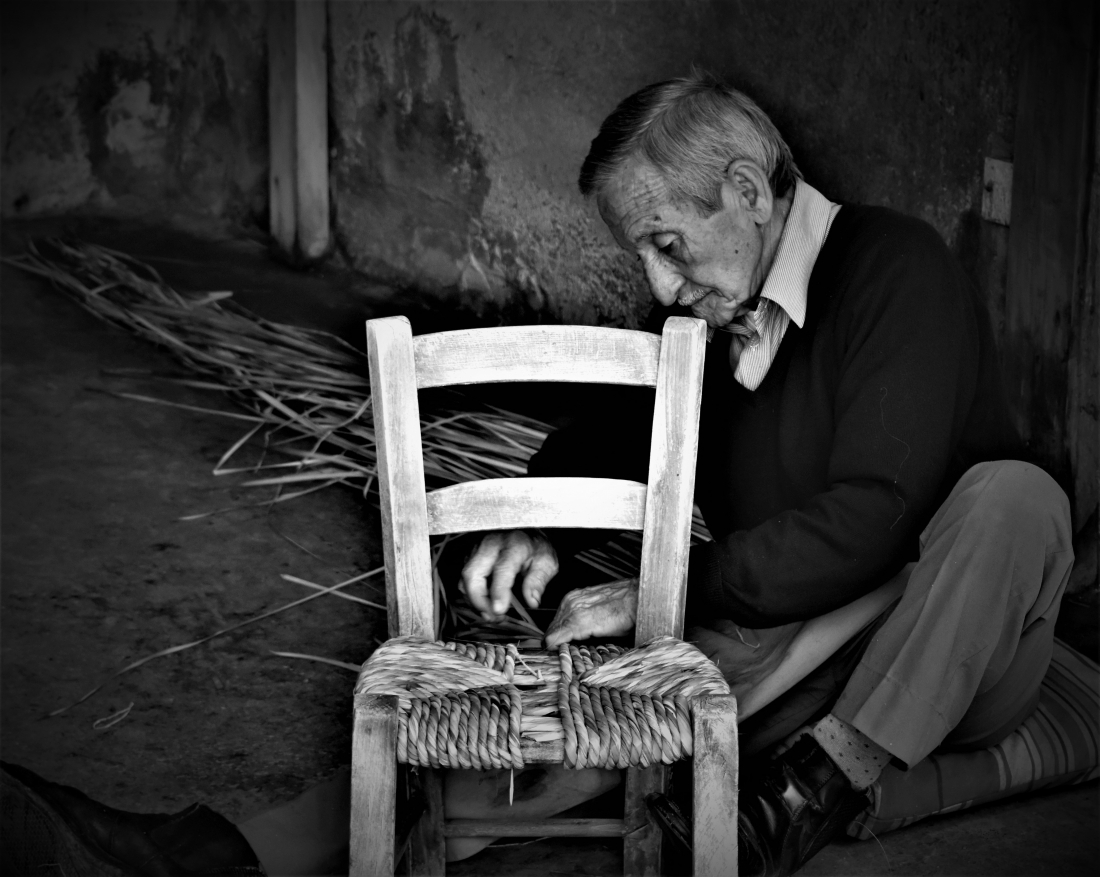 This photograph captures the life of a traditional chair maker in Cyprus and was taken in the heart of Paphos old town on a cold day in 2019.
George (Yiorgos) has worked at the same spot every day for the last 60 years, and loves his art.

Now aged 75, he still hand makes his beautiful chairs, which last a lifetime, using local materials. He is determined to keep this difficult and dying craft alive for as long as possible.

Bejay Browne is a female filmmaker, photographer, journalist, presenter and writer, living on the beautiful island of Cyprus.

A committed philanthropist, humanitarian and supporter of equal rights, she spent much of her childhood in Paphos and moved to Cyprus permanently in 2006, where she has worked at local TV stations-as a producer, director and presenter.

She has also worked at a number of radio stations and hosts the Breakfast Show on Rock FM Cyprus.

In 2008, Bejay joined the Cyprus Mail newspaper where she still works as a journalist and correspondent.
She is a keen photographer and is fascinated by people and their stories.