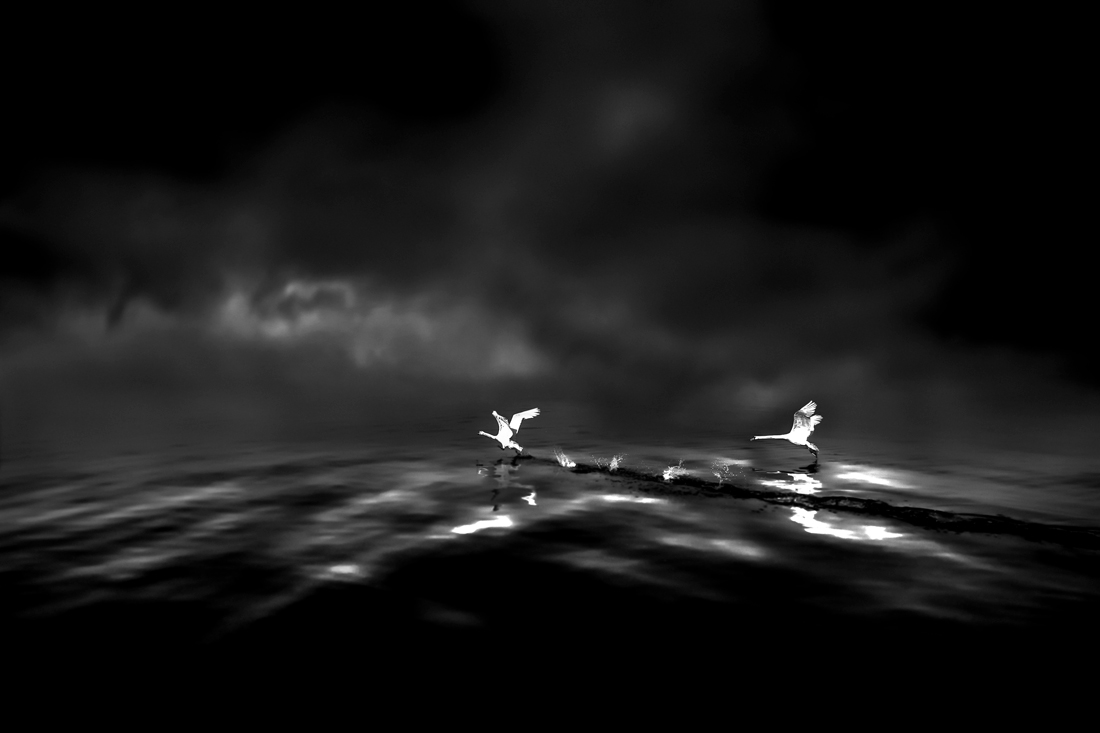 This photo was taken at Lake Garda in Lazise, (verona), with these two swans that look like a couple of young lovers fleeing from something that comes, perhaps from the deep darkness of the lake or maybe from the frost that surrounds it. I took this picture almost casually and did not expect to grab these two animals in this perfect pose just as they step off from the water surface.

I was born in 1982 in Bosnia and, following my studies and various travels, I moved to Italy - to Tuscany, specifically - where I still live.
After working for several years in the entertainment industry I decided to pursue my passion for photography, a field I have always had a great fascination for, eversince my training in painting and set design.
As a self-taught photographer I tried to develop my own poetic language, which might be able to capture the ultimate essence of reality. Photography interests me as long as it tells something that requires the photographer to be open-minded and to reflect on a peculiar face, on mysterious structures, on people's stories, and on hidden fragments of human intimacy.
I received various international awards and recognitions: In November 2020 i was awarded by Dan Burkholder as a first place of NYC4PA photo contest, In the last 4 years I also won first place for three times in "Shoot the frame" and, after that, another first place in Photo Crowd’s "Amateur photographer-sigma"; first place in the black & white category of “I shot it” photography competition, second place as nature photographer in the "Trans-natura" photography competition. Many times I was mentioned and commended in various competitions such as "Sony world photography contest", "Ipa", "Nd", "Monochrome awards".
My most recent achievement was first place in the black & white category of “I shot it” photography competition.
In February 2020 I launched "Galleria Ambigua" in the historic city center of Arezzo (in Tuscany). It is a contemporary art gallery and a cultural space, of which I am co-director and founder.
SHARE
Support this photographer - share this work on Facebook.
< BACK TO GALLERY