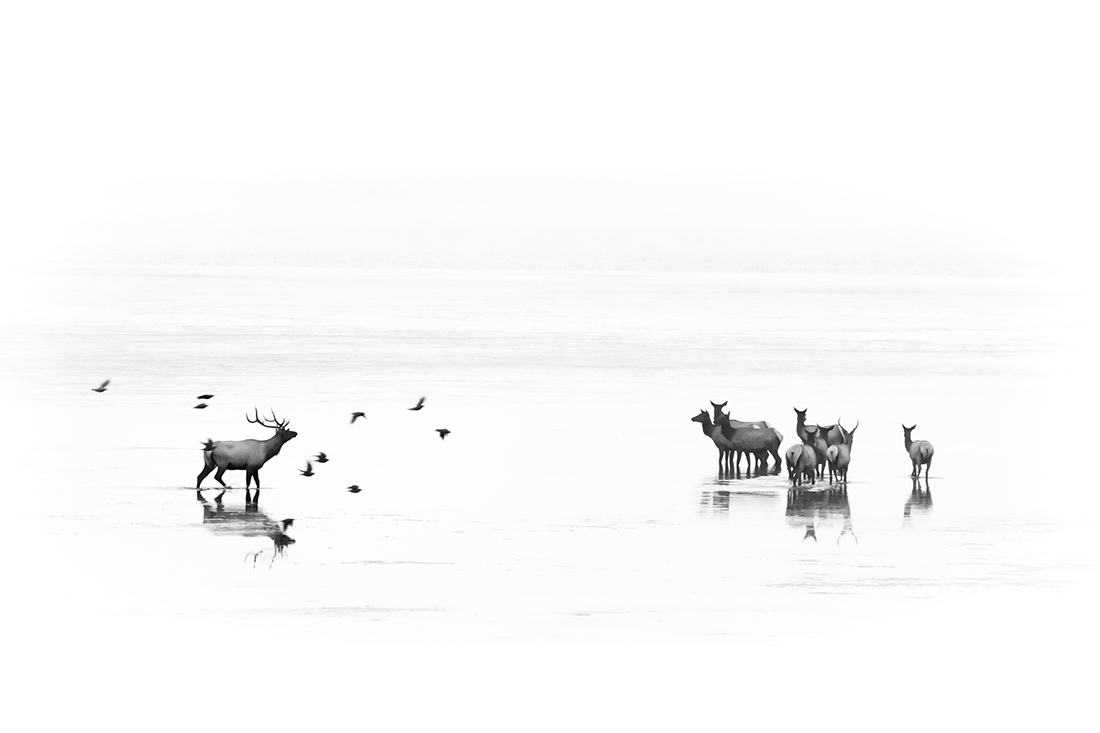 This photo was shot in the shallow wetlands of the foggy Humboldt California coast. I took 75 images of this mating ritual as it unfolded over a half hour, but the unexpected flock of birds zooming by is what made the composition extra special.

Whether it’s the water that quenches us, the air that sustains us, the food that nourishes us, or the connection we share with all living things, it is imperative that we balance the need for “jobs and growth” with the simple ability for all of us, regardless of economic status, to survive and thrive on this planet.
SHARE
Support this photographer - share this work on Facebook.
< BACK TO GALLERY