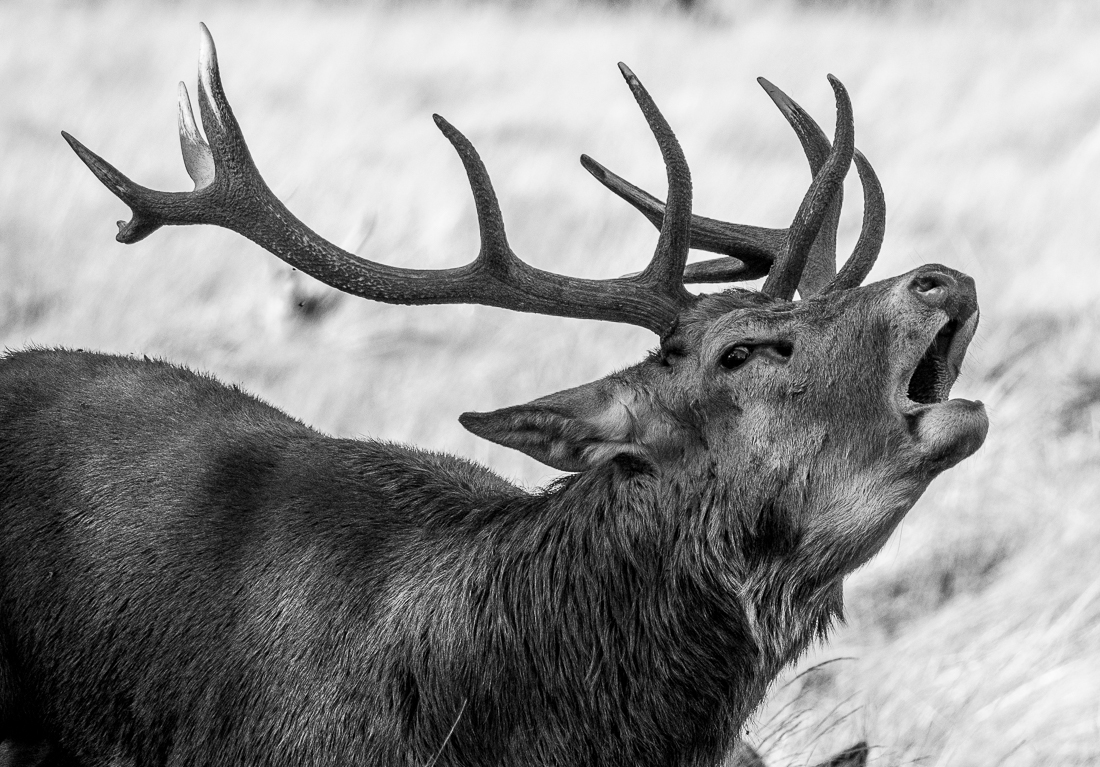 This image was taken during the rutting season in 2018. Between September and November the red stags and fallow bucks compete for females. The male deer roars, barks and clashes antlers to fight off rivals and attract as many females as possible. It is an awesome sight and sound and one needs to keep some distance between you and them.