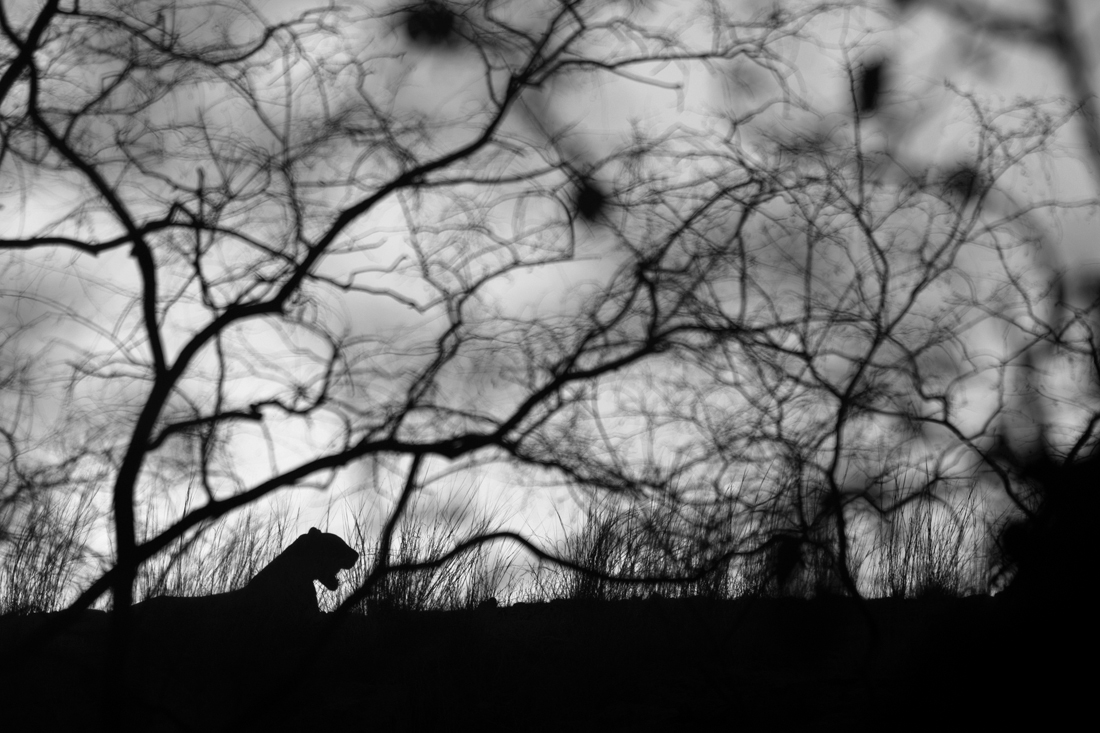 This image has been composed at 'Ranthambore Tiger National Park, Rajasthan, India'.
It was the season of summer and we were on the evening safari. The jungle zone, allocated to us was very vast and we had scanned each waterhole for Tiger, but due to scorching heat we couldn't locate a single tiger. Meanwhile, we had a news from another guide that a tiger was resting under a cave beside to a water body but not visible from the route. We had no other chance of sighting so, we had decided to stay there until the tiger came to quench thirst. After waiting for almost 1.5 hours, there was no single sign or movement of the tiger. The sun was getting down and the safari time was about to end. Suddenly, there was a movement in the bush and a majestic body came out of the shade. We were stunned as it was a huge male tiger. Instead of making the direct path to the waterhole he climbed up to hill and again rested there for couple of minutes. The location was against the sunlit so, I decided to make silhouette images which I was wishing for a long time. This frame is one of them.

I am a computer engineer by profession and and an avid photographer. I am in to the photography for almost 9 years.
SHARE
Support this photographer - share this work on Facebook.
< BACK TO GALLERY