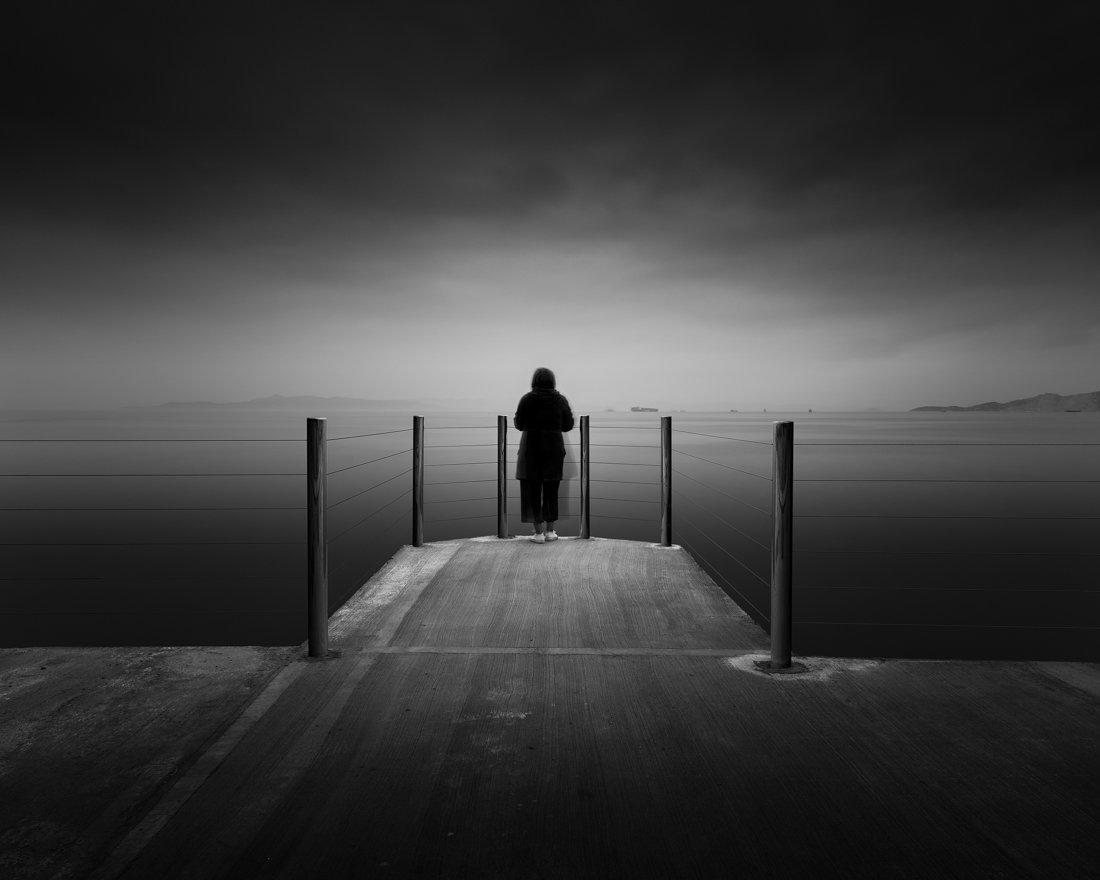 This photo is part of a series which I process almost a year now titled "Du Temps Perdu". My main purpose in these series is to highlight the interplay between photography, time and human. For that reason despite the fact the exposure is long I preferred a single one in order to emphasize the move and blurriness of the silhouette and trying to give a more existential dimension in essence. Otherwise, and this is why I gave to the series that title, a long exposure photograph is by itself some lost time (un temps perdu) in a manner of a few minutes trapped in a medium (the photograph) which seems static. The photos were taken at a places near Piraeus.