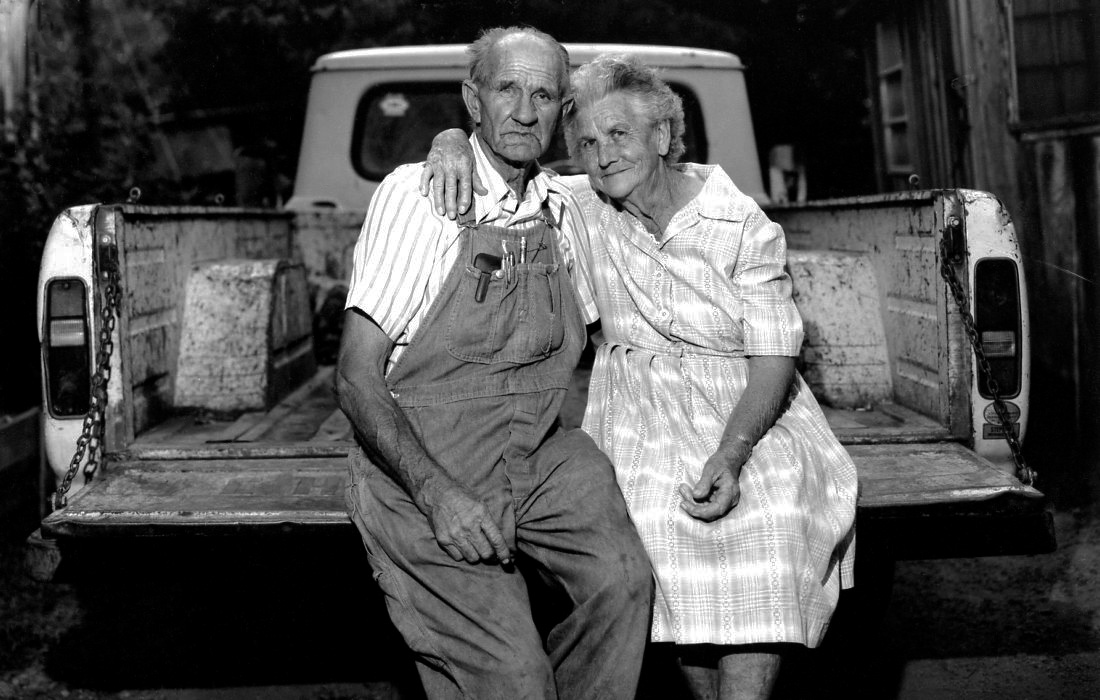 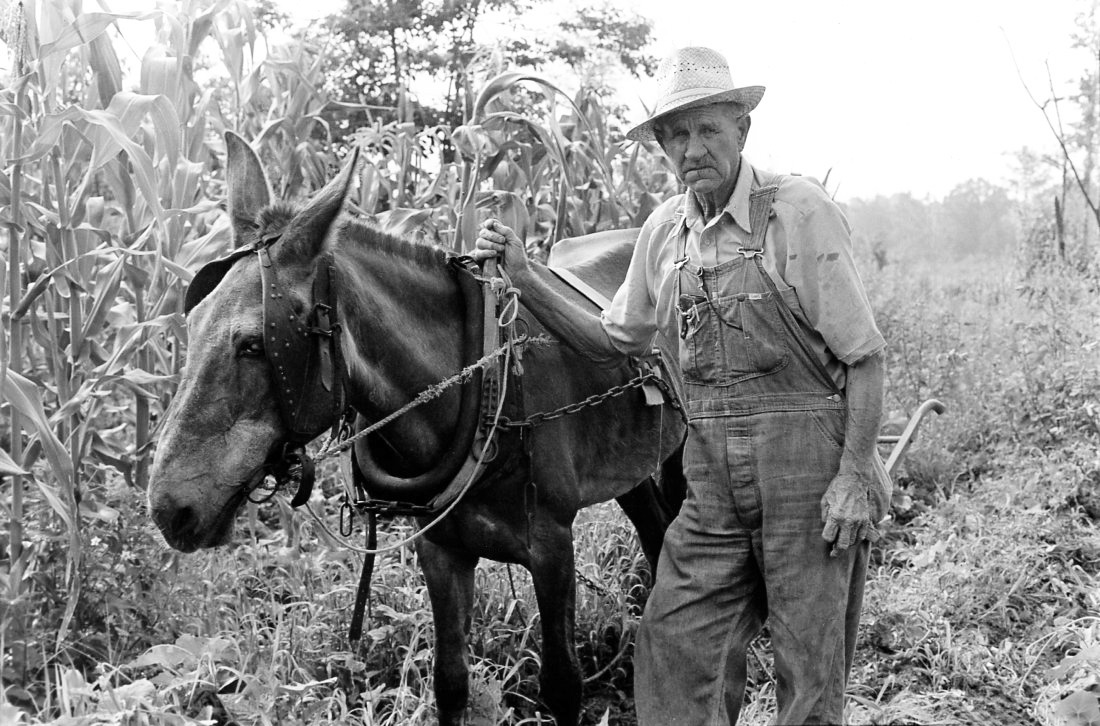 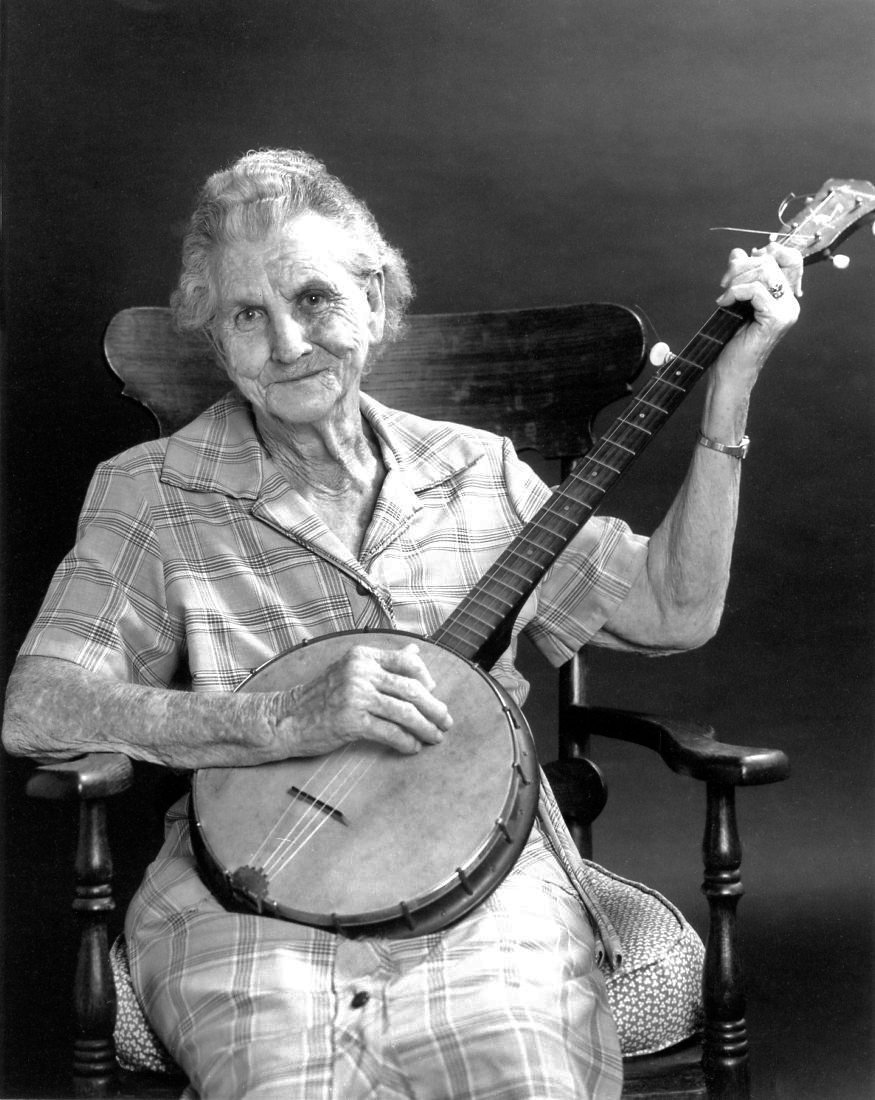 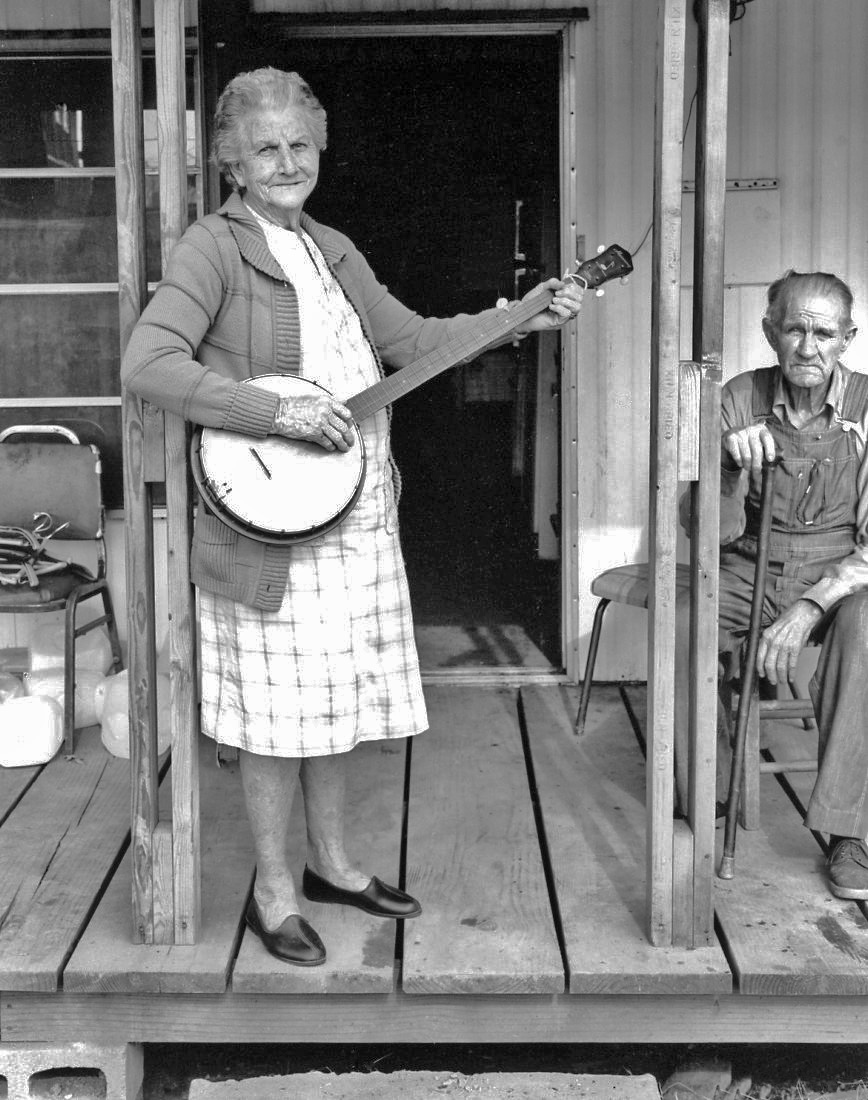 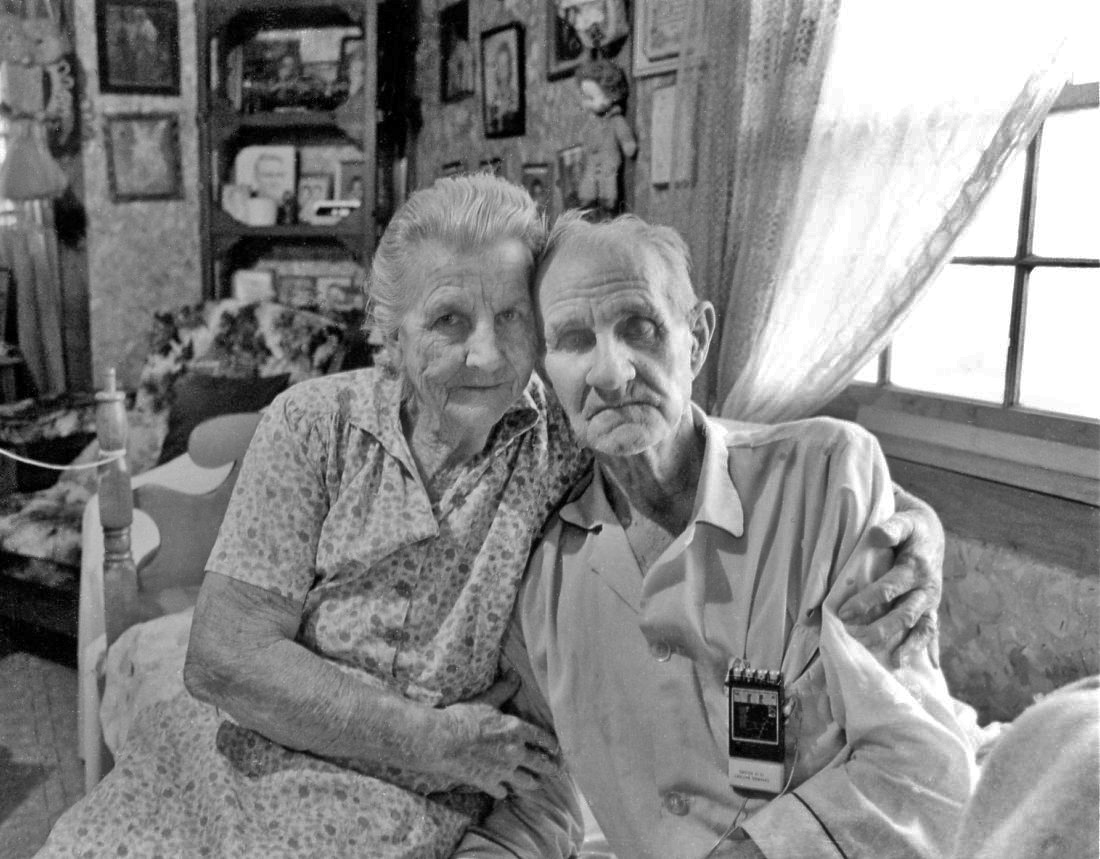 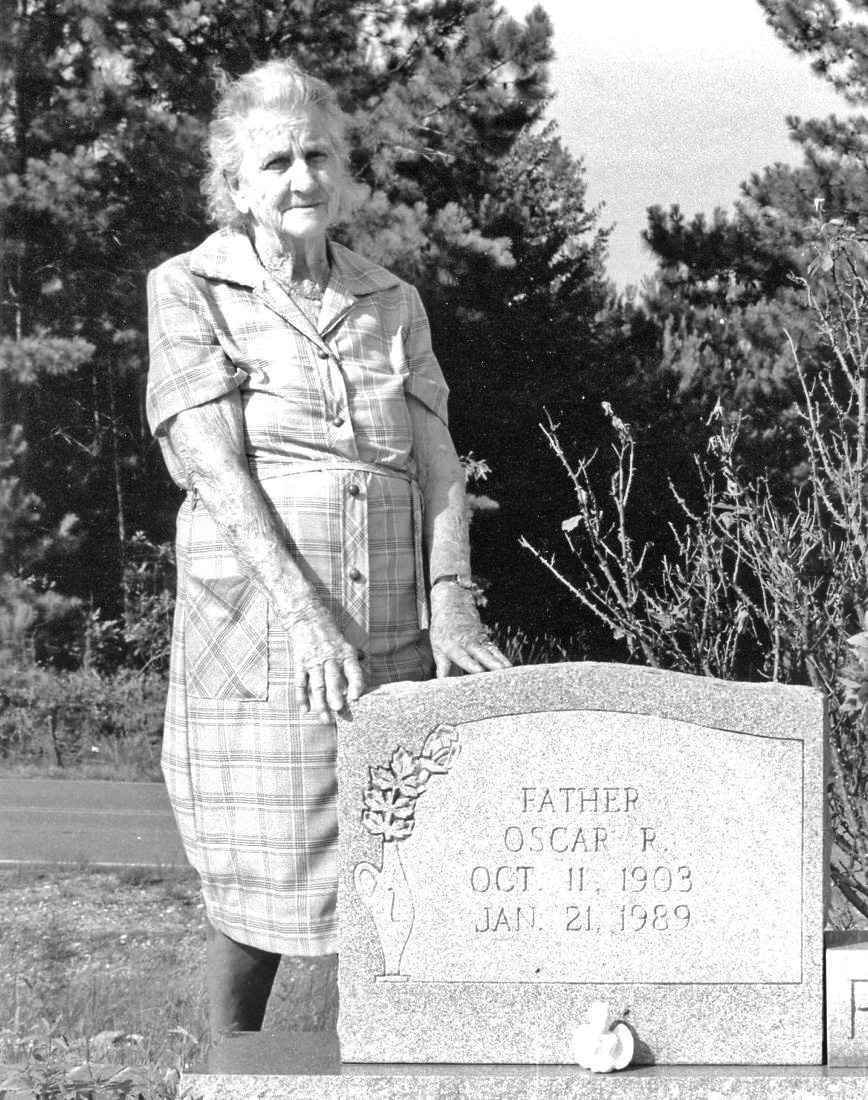 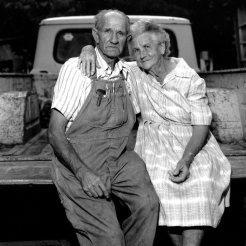 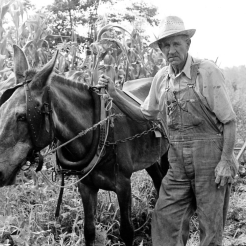 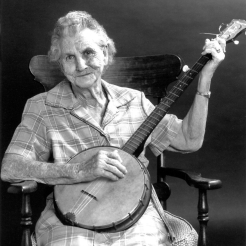 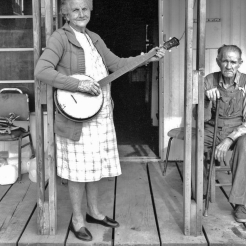 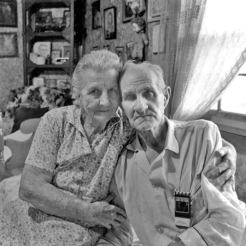 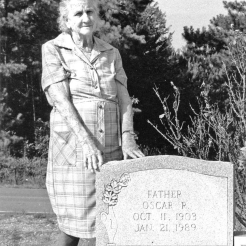 I have been photographing Oscar and Lottie Puckett for years after I first found him plowing a garden with a mule in west Georgia. I was invited back to his home where I met Lottie and eventually took the portrait of the two sitting on the tailgate of their old beat-up truck. I photographed Lottie as she played her banjo for me as well as for Oscar. I went back one year to find Oscar was dying so I asked Lottie if I could photograph him one last time. The very last visit to see Oscar I was too late, he had died a few days earlier so I drove Lottie to his gravesite to pay my respect.

My interest in photography began in 1971 while working as a stevedore on the docks of Hampton Roads, Virginia. I enrolled in every photography class available at Old Dominion University and various art centers located throughout Norfolk. I eventually left the docks in 1974 to enroll in the School of Visual Arts in NYC where I received a BA in photography. In 1979 I moved to Atlanta which was becoming a city with better opportunities for upcoming photographers and the arts.

My work has been published in numerous magazines and books with one of my strongest images displayed in a body of work at the Smithsonian Institute in Washington, D.C. I have worked on Civil Rights projects with master photographer Reginald McGhee and Alabama's poet laureate Lizetta Collins. My photographs have been shown at Tuskegee Institute in Alabama along with Clark University in Atlanta. I received a second-place award and recognition in an international competition in Niepce', France.

My strongest body of work is hand-coloring with selective toning of my black and white images. I continue using film after 46 years and have stayed true to a documentary style I learned from Cora Wright Kennedy in NYC and Neil Chaput 'de Saintonge in Atlanta, Georgia in the 1970's. I hand process my film and print my images on silver-gelatin, fiber-base paper using an antique 4 X 5 enlarger I purchased in 1980 from the Fulton County Crime Lab in Atlanta.


I feel humbled and very fortunate to have had the pleasure of meeting, learning and working with so many great photographers of my time.
Share
Support this photographer - share this work on Facebook.
< BACK TO GALLERY