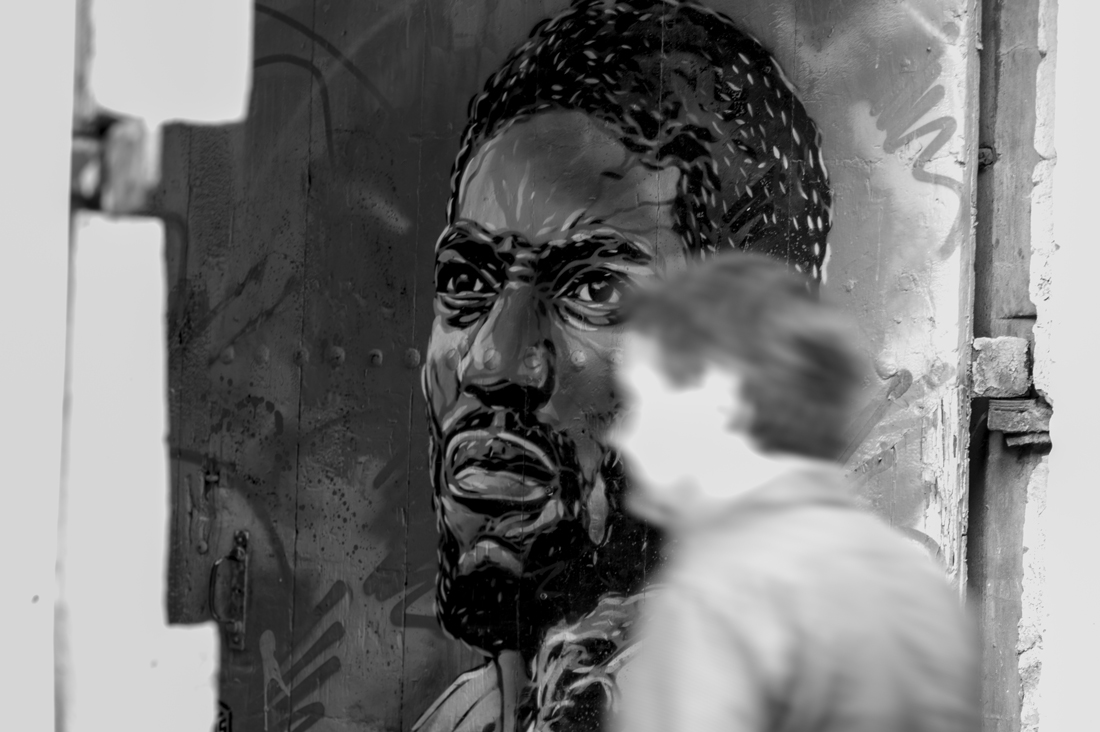 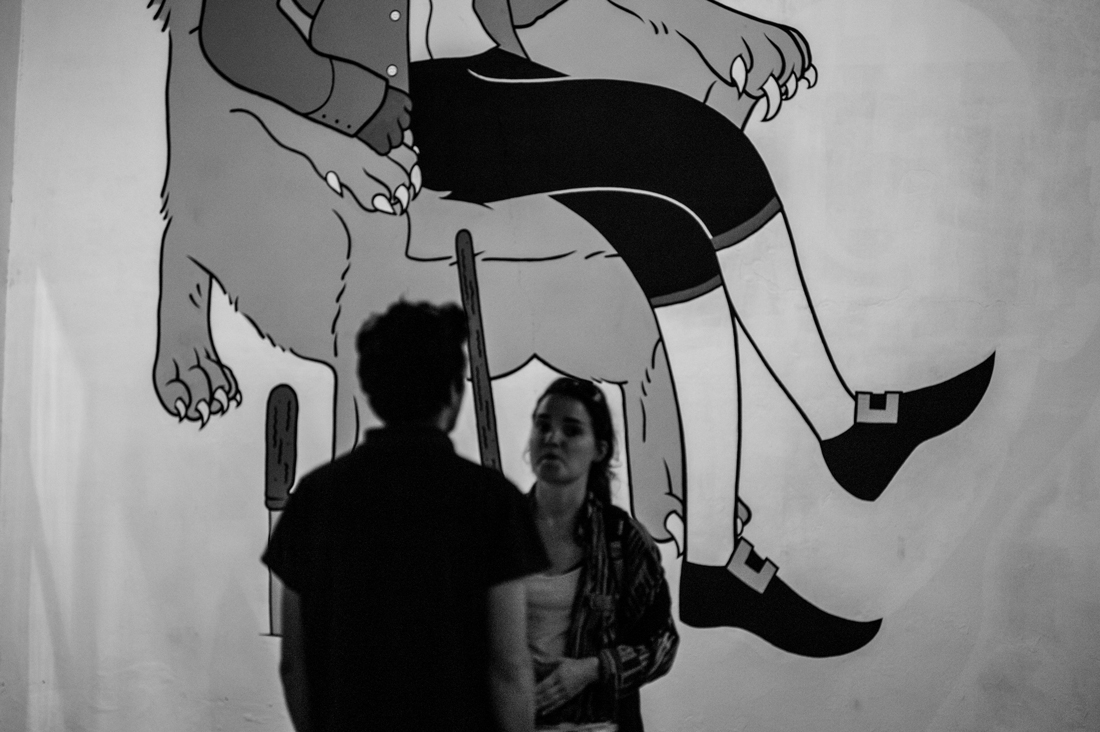 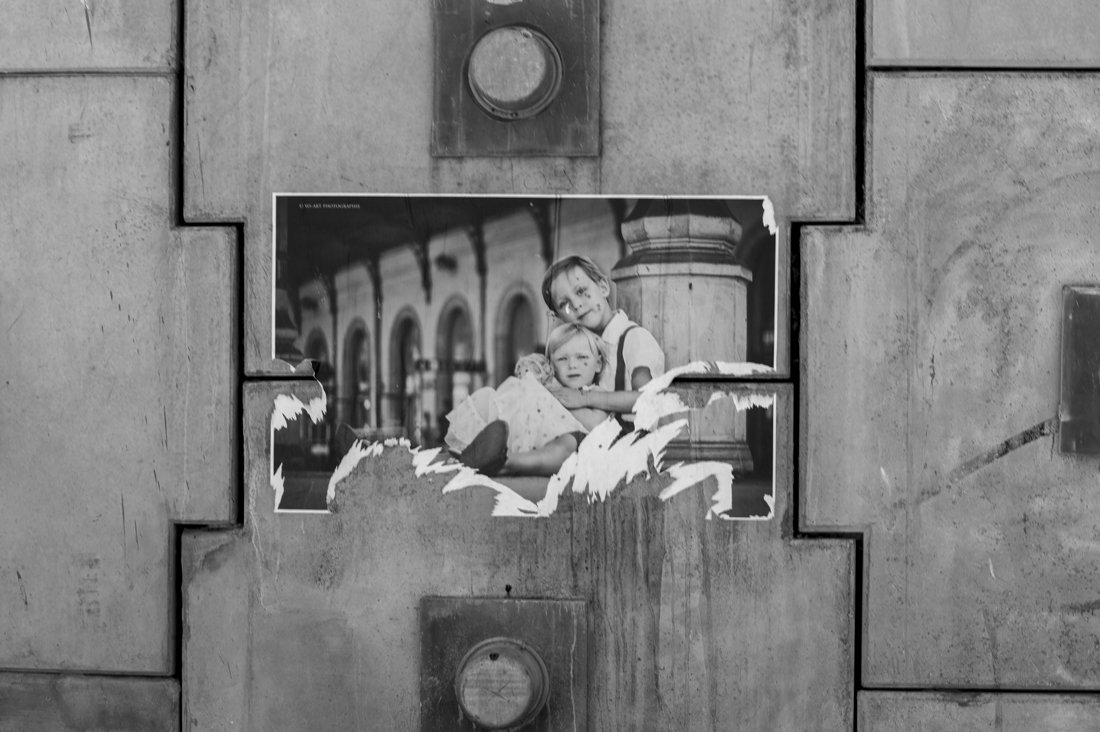 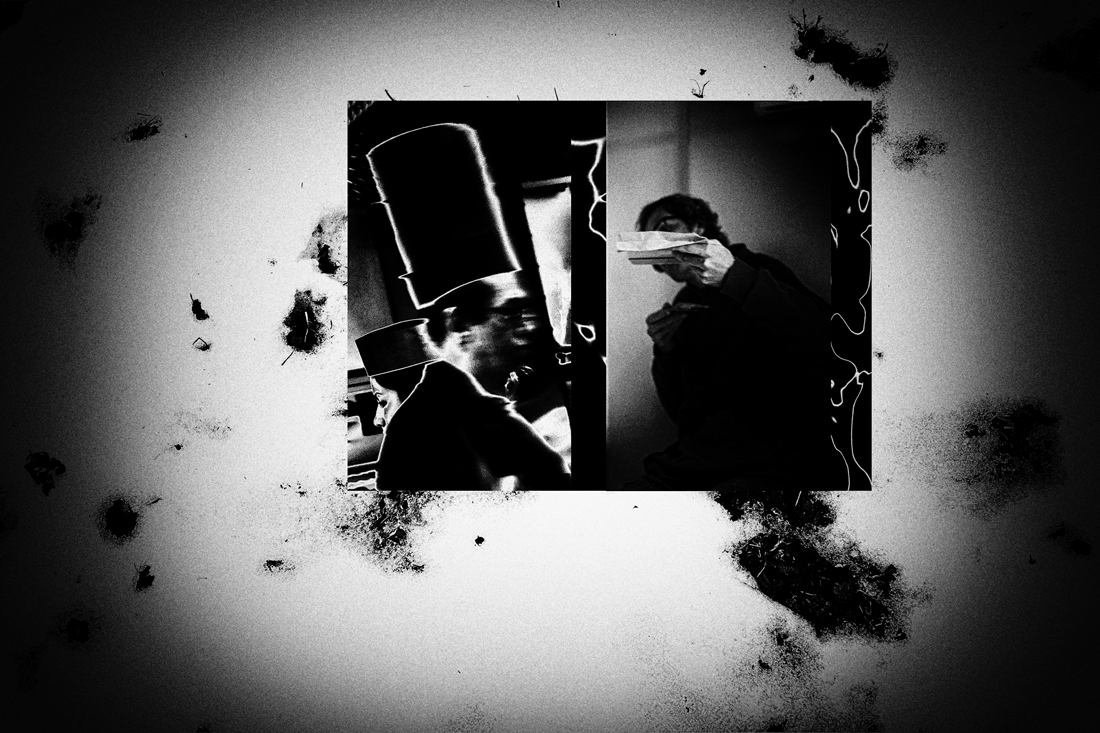 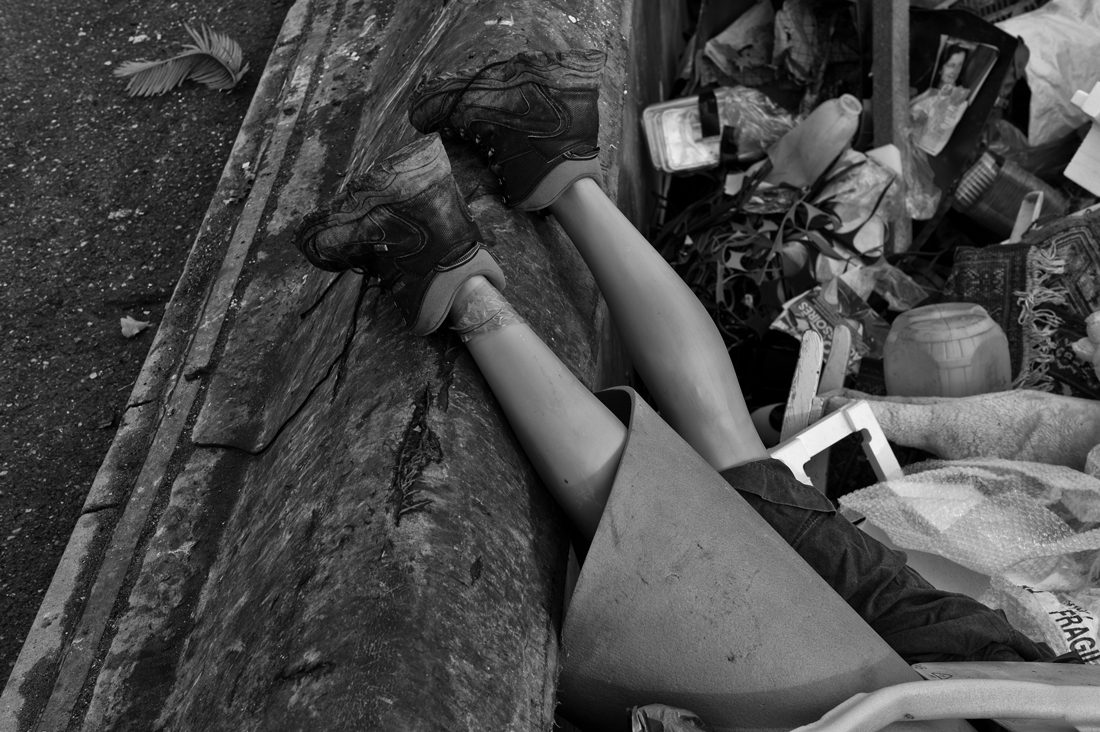 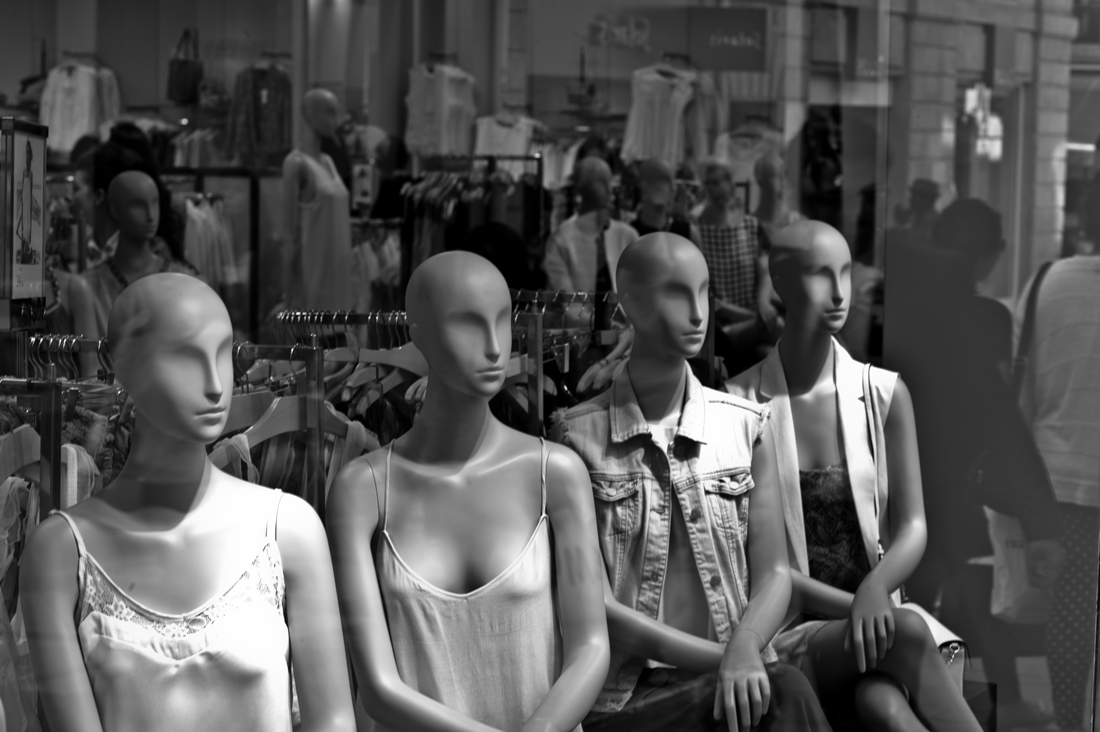 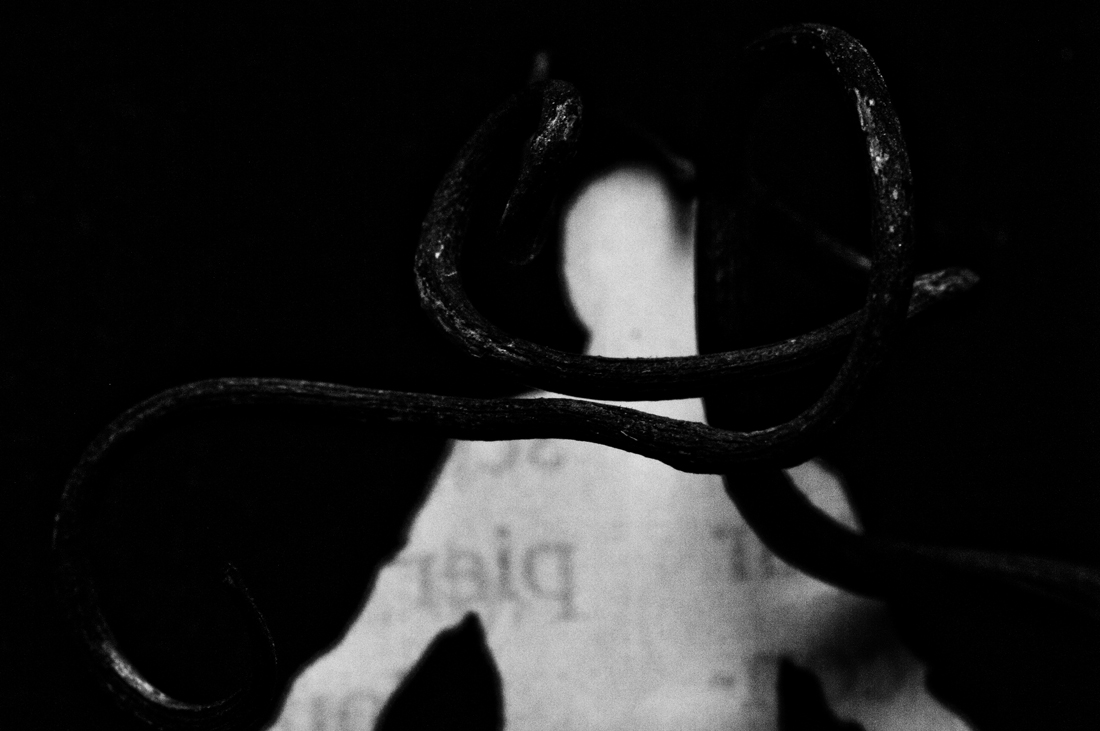 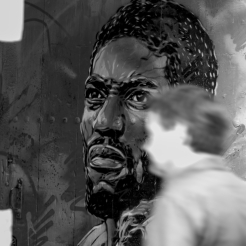 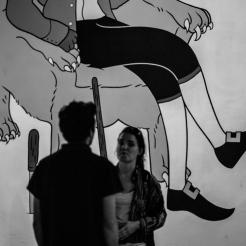 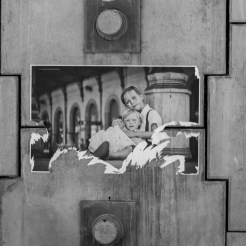 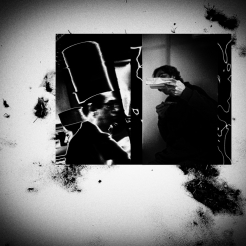 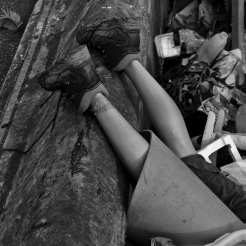 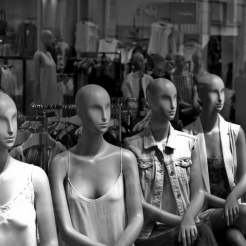 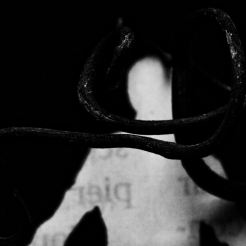 This series is a part of an investigation into situations in which people suddenly become persons of interest. For black and white photography the author generally works with a Leica M9 Monochrom. He oftenly concentrates on collages or similar compositions, for which he obtained in 2015 a Honorable Mention of Tokyo International Foto Awards (TIFA) and in 2018 3 Silver Winner and one Bronze Winner. Eric Pijnaken exhibits so far in France, Switzerland, and Netherlands, and is present at the TIFA-winner show travel in 2019 Japan. In his work he aims to discover the inner secrets of people, and their feelings.

The titles of the photos are:
1. The serious and the ignorant
2. The unmeasurable distane to future
3. No permission to cry
4. The unusual recipe
5. Drowned in the waste disposal unit
6. Severely judging the pedestrians
7. The innocent ignores the tentacles

ARTIST STATEMENT
When set out with a camera in the streets of France, The Netherlands, Switzerland, Spain, Japan, Italy and other countries, I had no idea to organize exhibitions and participate to photo competitions. I was simply taking photos. But the last 25 years this changed into professionalism, and in France, Switzerland and The Netherlands I was invited to exhibit my works many times. And recently I have been motivated to partake of photo contests.

TIFA Tokyo International Foto Awards granted me in 2016 a honorable mention with « The Torn World » and in 2018 three "Silver Winner" and one "Bronze Winner" with series "The Endless Repetion of An Ordinary Miracle" and "God's Blessing of Trump Curses The World".

Photo became my work of all day, stimulated by my membership to « Une Photo par Jour », an international collective, based in Geneva, that obliges to publish on their website every day a photo taken the day itself.

My tendency to street photography comes from spontanaity in street life. I want to do it in a simple way, back to the basics, and that's why the « Arte Povera » movement inspires me a lot. But still life and nature (experiments) also are core activities which I approach with passion.
Black & white photography is my favorite. It brings the picture to its essentials with the play of darkness and light. The contrasts become stronger, underlining the message of the picture.
Share
Support this photographer - share this work on Facebook.
< BACK TO GALLERY