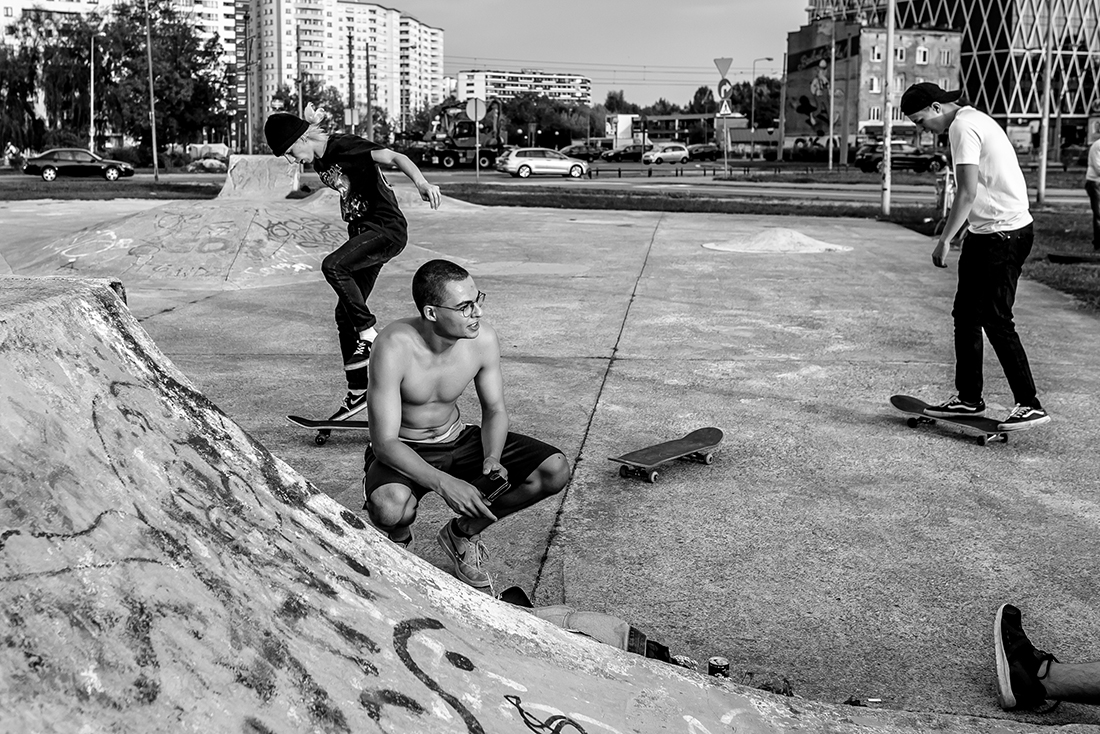 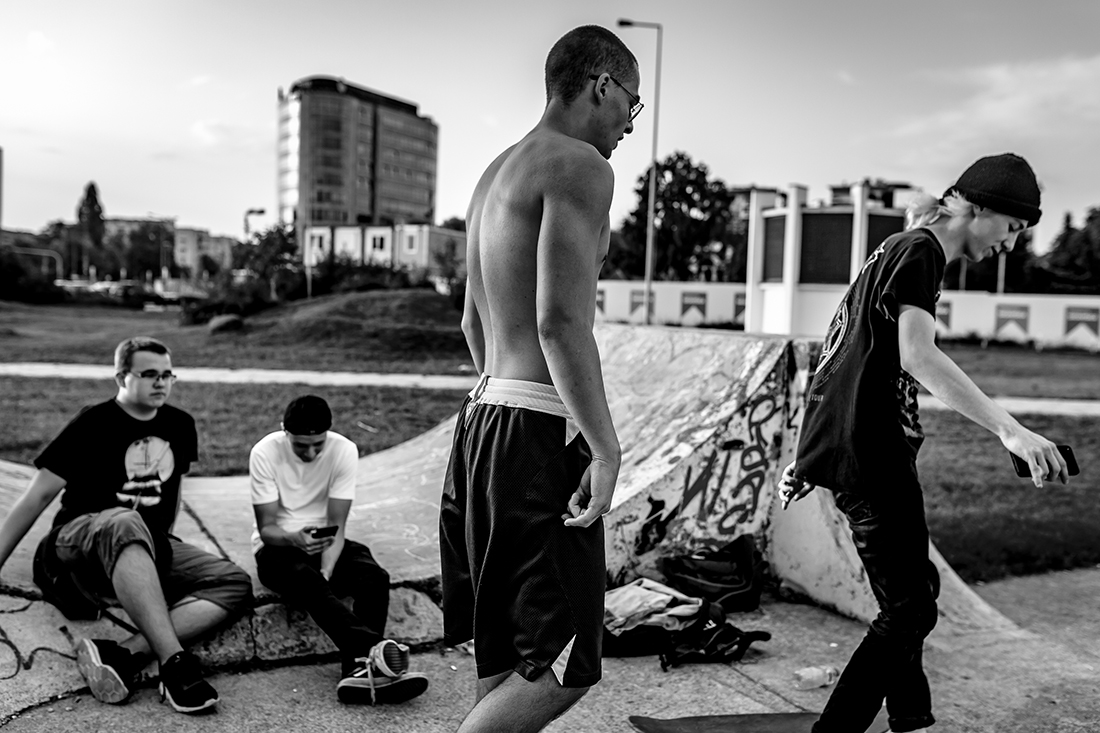 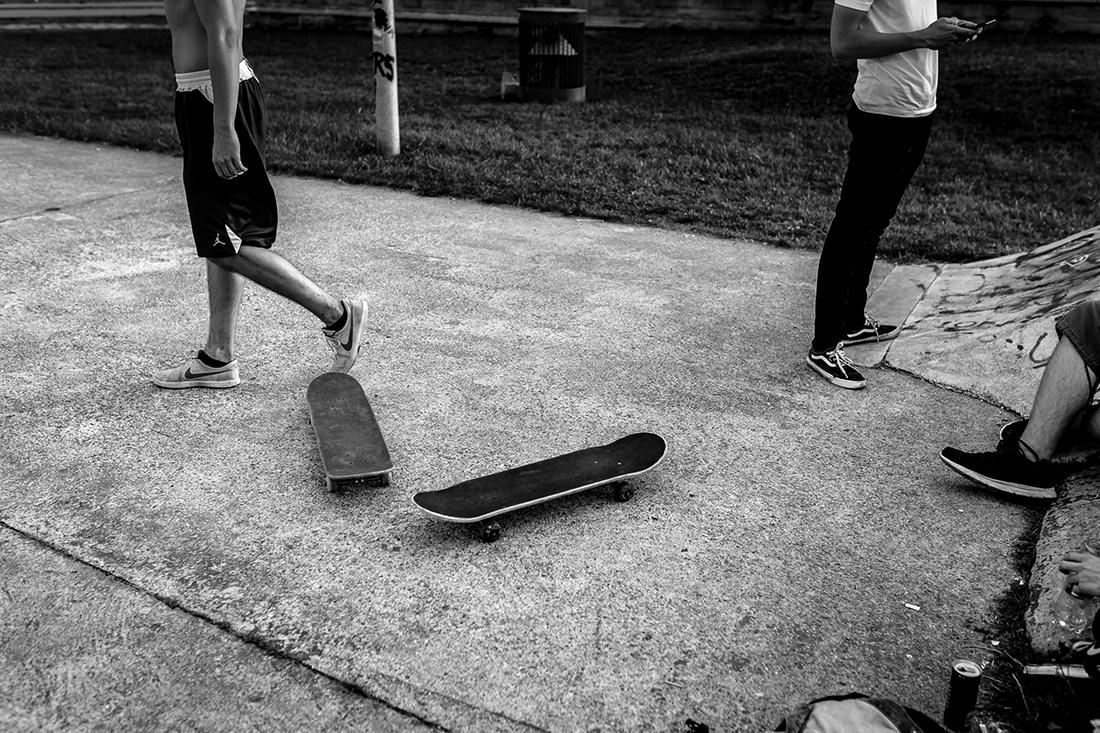 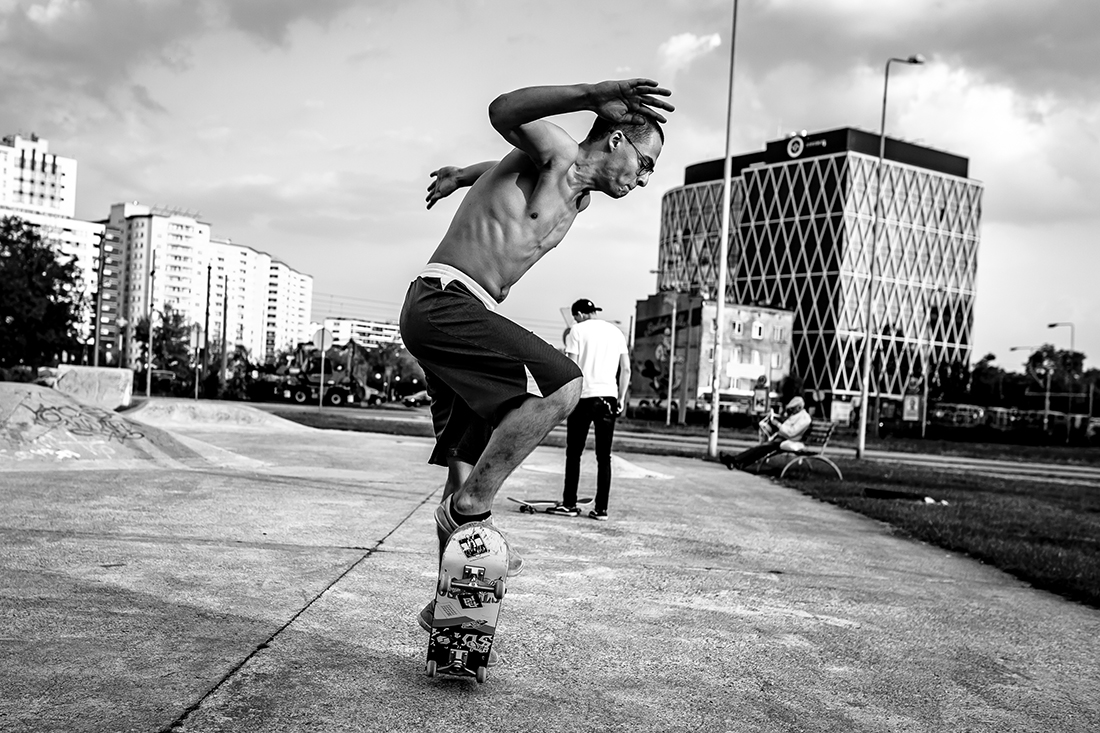 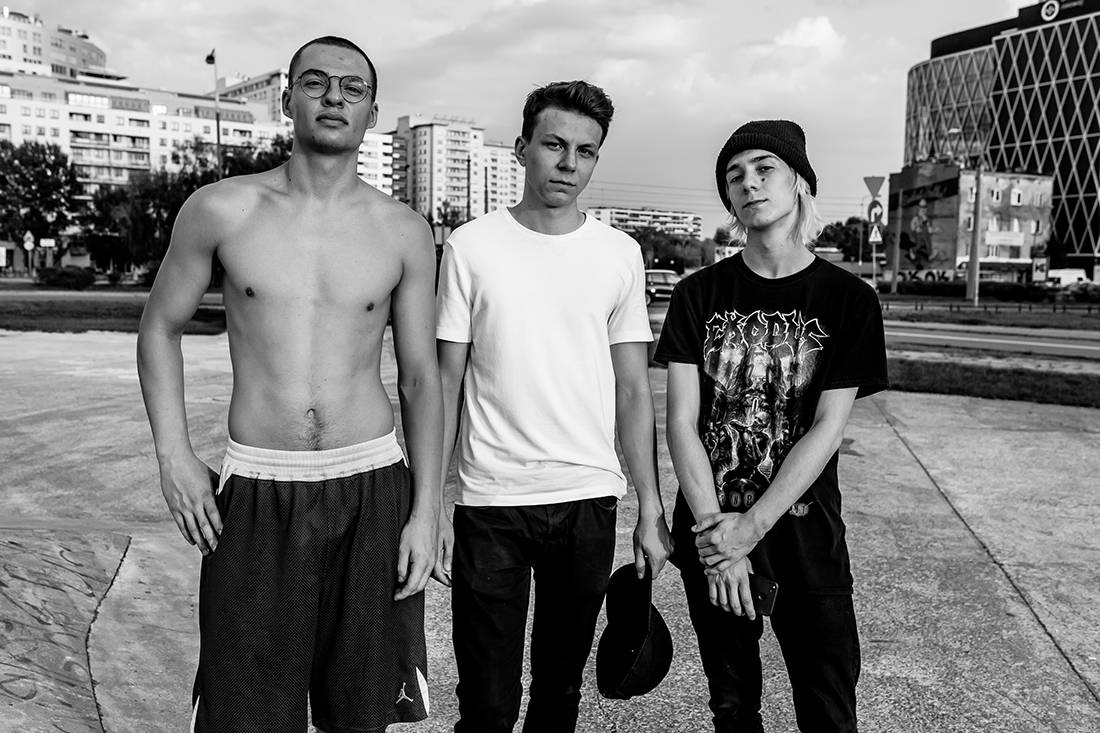 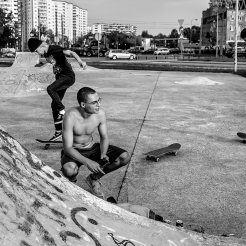 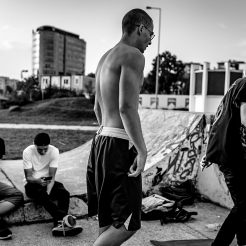 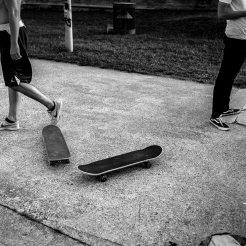 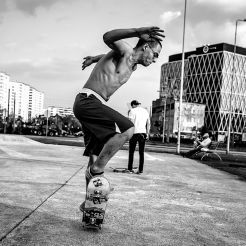 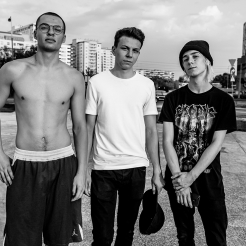 Lukasz, Piotrek and Wiktor have known each other for many years from school and after a long break they returned to the skateboard track at the entrance to the Wilanowska metro station in Warsaw, Poland. For some time, they have been spending more time in this place, meeting with colleagues, practicing simple tricks such as ollie. They think that physical activity is the best way to spend free time.

Polish photographer and designer born in Poznan, studied at the faculty of graphics and visual communication at the Poznan University of Art, Poland. For more than 20 years he has been active in the advertising industry. He also works in photojournalism, documentary, streetphoto and portraiture. Bart works on several photographic projects including long-term projects. He lives and works in Warsaw.
Share
Support this photographer - share this work on Facebook.
< BACK TO GALLERY