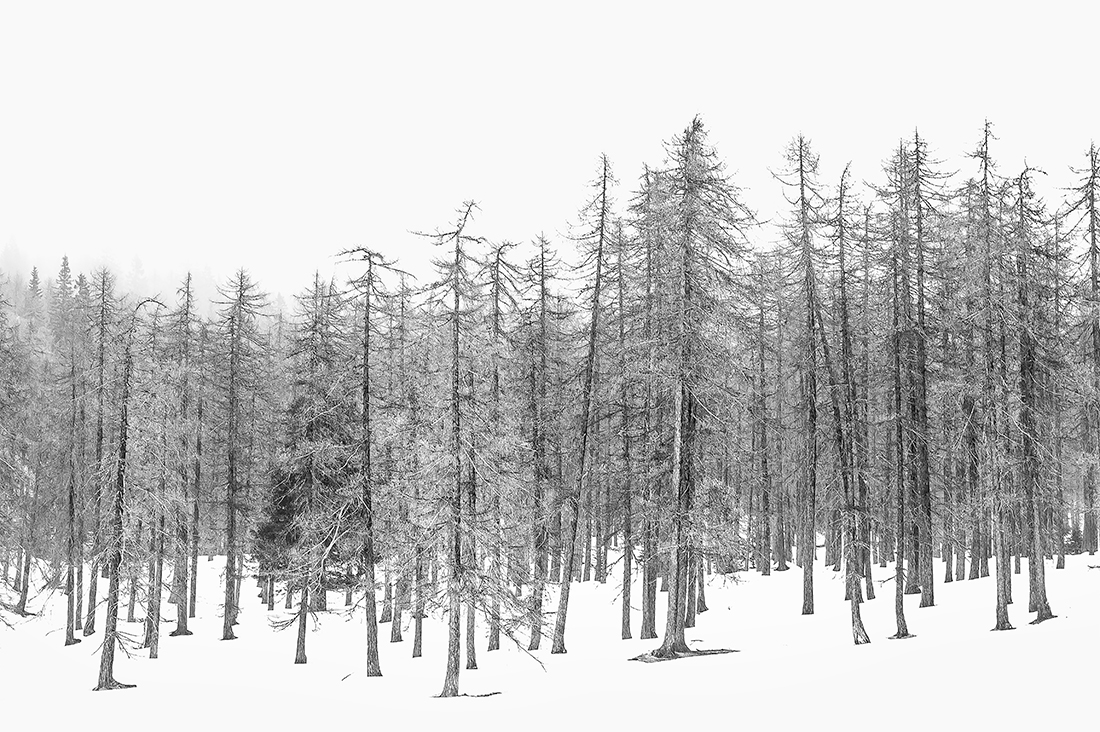 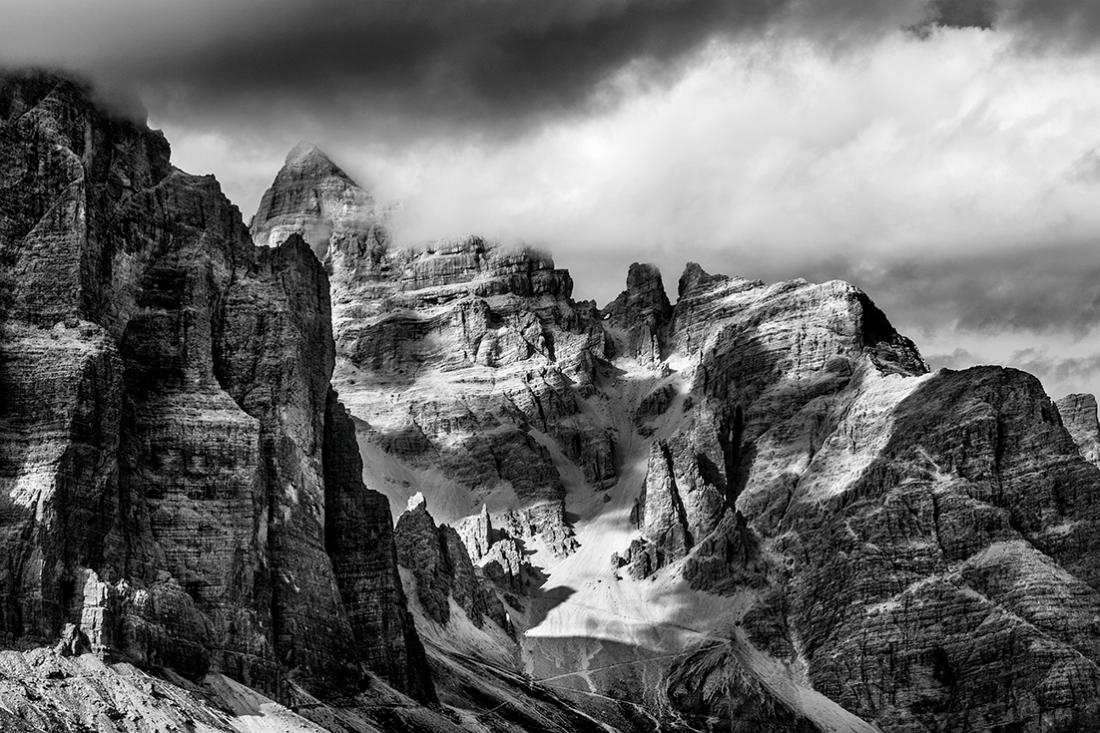 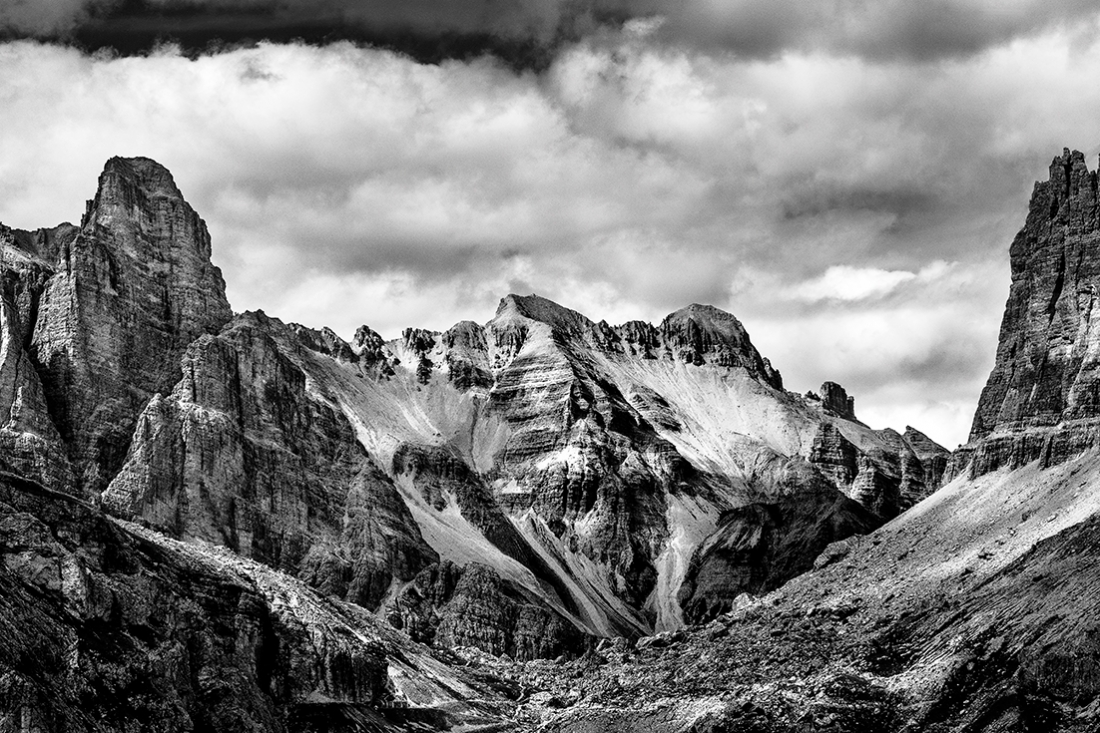 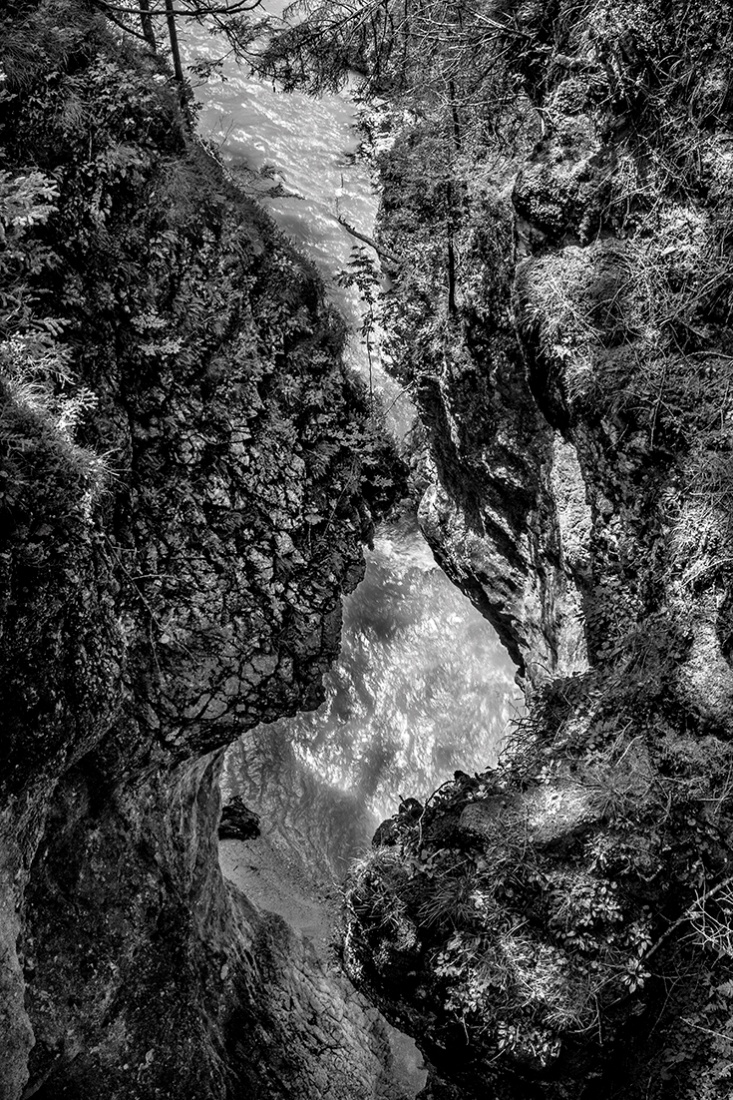 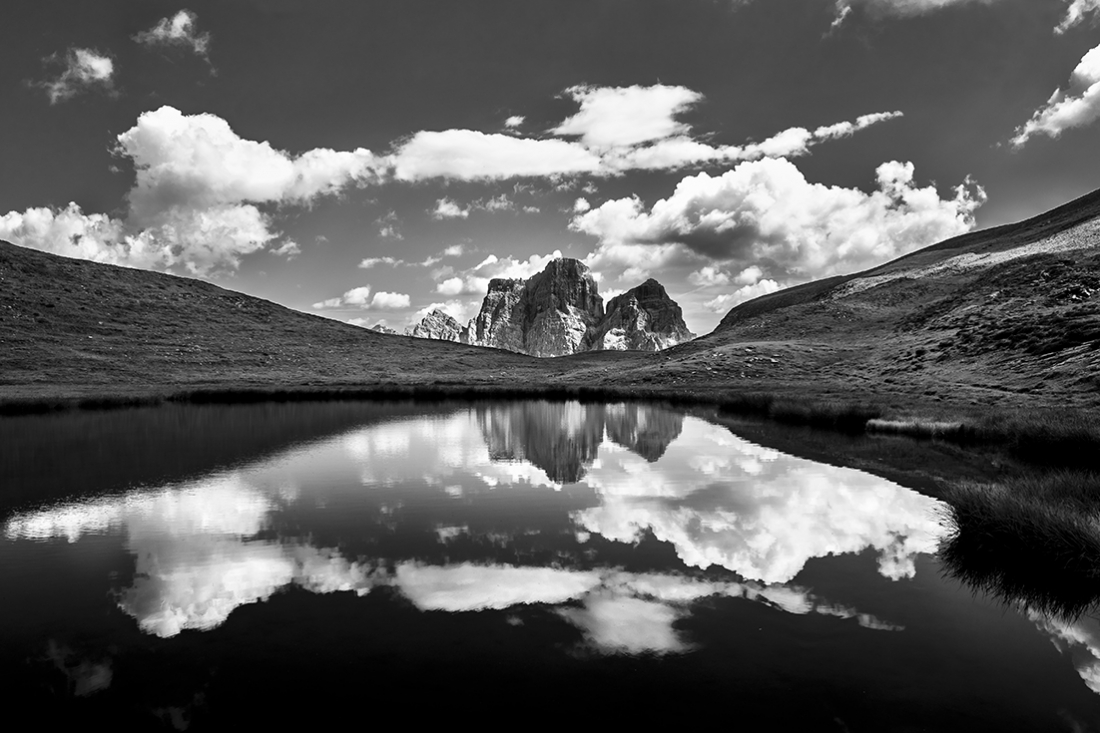 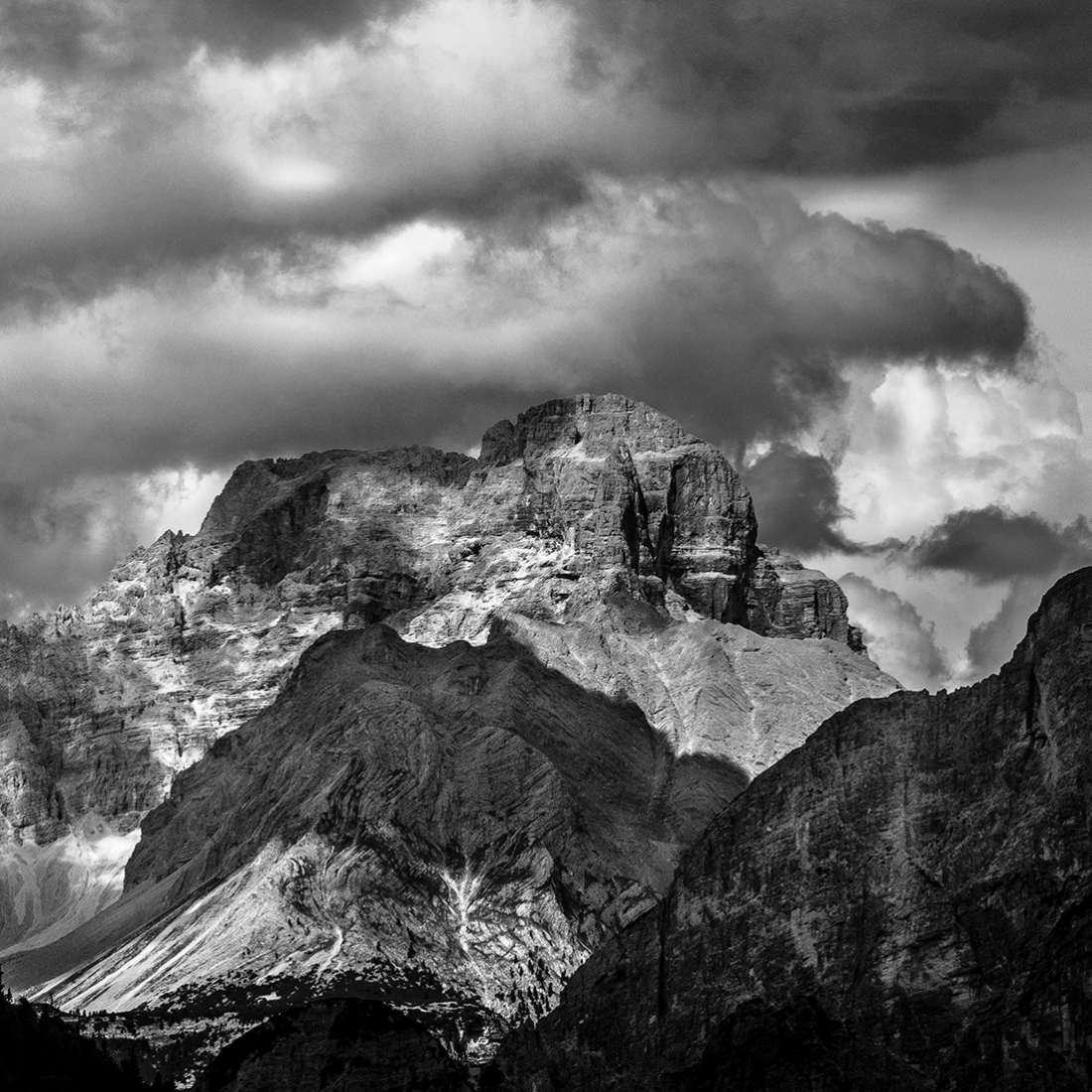 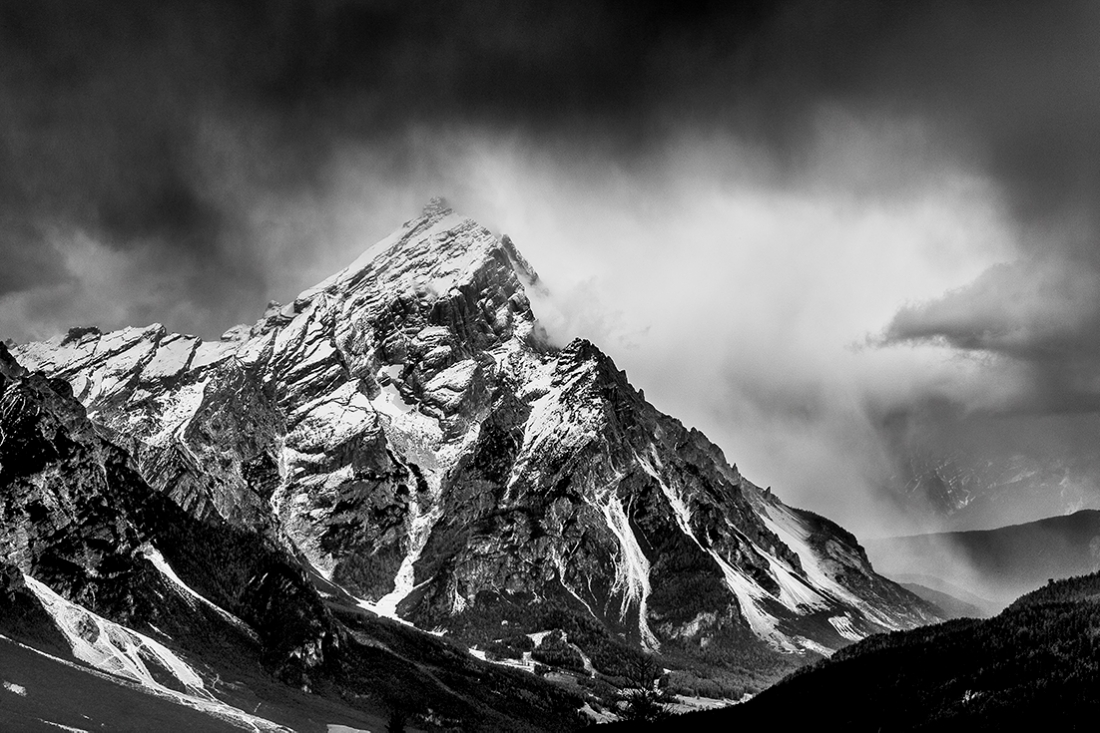 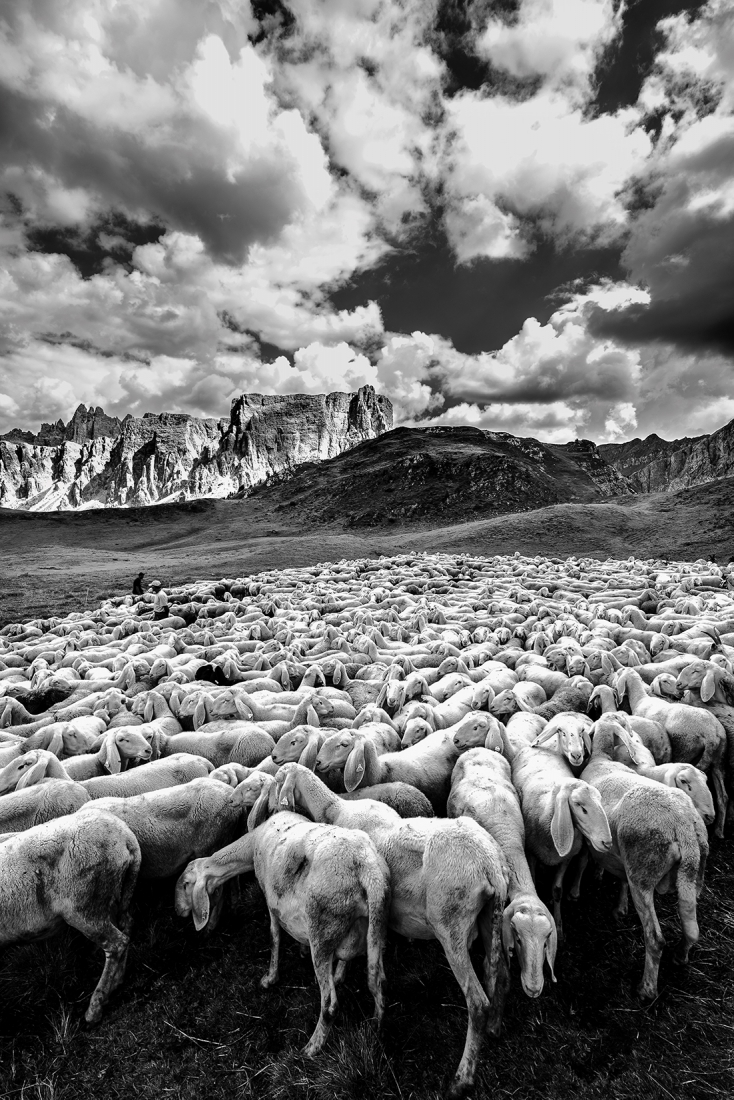 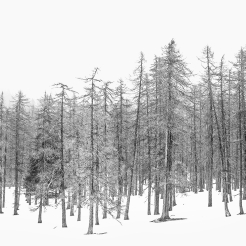 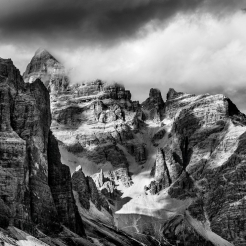 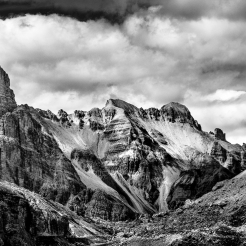 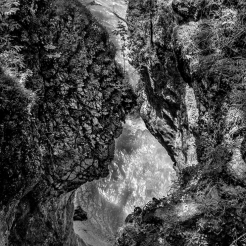 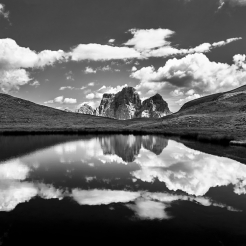 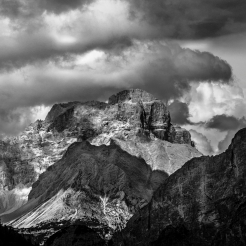 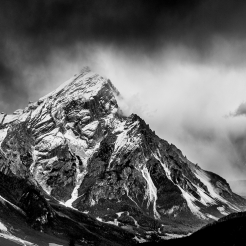 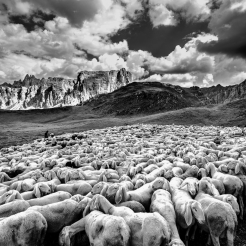 Snow and thaw, waterfalls and waterways, ancient lakes and rivers,
trees lined up and permanent, escaping the gaze and fixed by the shot and,
above all, rock formations that were in prehistoric seas. Sands coral molluscs, mosses and algae,
shiny silica and granite, submerged dolmens where salt water dug currents
in between, today they rise and preserve, in every fold of the stone, treasures that make them
shine in the ever-changing light of the Sun and the Moon: here are the Dolomites.
Monuments of Nature portrayed as true living entities and with a documentary spirit through
the spectacular use of lights, shots and with the affectionate familiarity of those who are part of
a place that excites and wants to convey the deep feeling of beauty and greatness.
A UNESCO World Heritage Site, the Ampezzo Dolomites, which can be admired as you get
involved in the pages of the book, call into their spaces and light those who want to be deeply
impressed by the suggestions and atmospheres
that the images of the book make alive, season after season.
Black and White, chosen for all the photographs, emphasizes the light and makes the shadows
full of details, restores the ancient value of stone sculptures and the art of photography.
Fragility and Strength mix and alternate in each shot in the same way as it was the search for
calm in the apparent chaos of this Nature, witness to the time stopped by the author:
Manuel Cicchetti.

He was born at the end of the 60s.
His passion for the arts of images can be considered a family matter.
As a young boy he started taking pictures for passion, then as a job during University.
At the beginning of the 90s he started working in the music industry for BMG, EMI and CNI companies designing some of their album covers.
He worked as set design photographer in some influential Italian theatres – such as Arena di Verona in Verona and Teatro Regio in Turin –, with theatre companies, orchestras and festivals. His pictures have been published in a huge number of different Italian newspapers and magazines, among which: Corriere della Sera, Repubblica, Sette, Panorama, Il giornale della Musica.
He knows, photographs, and works with artists and musicians such as Enzo Avitabile, John Zorn, Steve Lacy, John Abercrombie, Lorenzo Ferrero, Beni Montresor, Enrique Mazzola, Marco Betta.
In 1999 the composer Filippo Del Corno, asked him to realise the scenography and to be the director of the pièce On the high wire by Philip Petit, with Marco Baliani and Michele Abbondanza, inside the renowned festival Cantiere Internazionale d’Arte in Montepulciano (SI) – Italy.
In 2001, always thanks to Filippo Del Corno, he was named director of the pièce Orfeo a fumetti by the Italian writer and illustrator Dino Buzzati, based on his “Poem Strip” (Poema a fumetti). The pièce was on stage at Suoni e Visioni Festival, at Teatro di Porta Romana theatre in Milan with “Sentieri Selvaggi Orchestra”, directed by Carlo Boccadoro featuring Omar Pedrini.The Opera was a great success and immediately staged in Turin, Mantua, Rome.
He is one of the founder of the “Hdemia” (read /akka’dƐmja/) working group, whose aim is to develop Italian young people’s culture. Hdemia was the starting point for the creation of Officium corporation, which is in charge of events such as Festa della Musica in Milan, the travelling festival W.O.M.A.D. conceived by Peter Gabriel, the opening ceremony of the Ski World Cup in Sestriere, and so on and so forth.
He offered his contribute as creative manager to J. Walter Thompson, Inferenzia, Fullsix, Reply, WeberShandwinck, Hill&Knolton, Young & Rubicam, developing advertisement campaigns and communication strategies for their customers, among which are DTC Diamond Trading Company, Nissan, BMW, Rover, Ferrero, Disney, Thun, Artemide, Zegna, ING, Unicredit, and others.
Since 2001 he has followed the development of the foundation La Nuova Musica – Ricordi Music School, which today is one of the most important music educational realities in Italy and Europe.
In 2011 he established the publishing house The Music Company.
In 2016 he decided to get back to his roots and first love: photography
Copyright 2017 All Right Reserved - Manuel Cicchetti Photographer
Share
Support this photographer - share this work on Facebook.
< BACK TO GALLERY