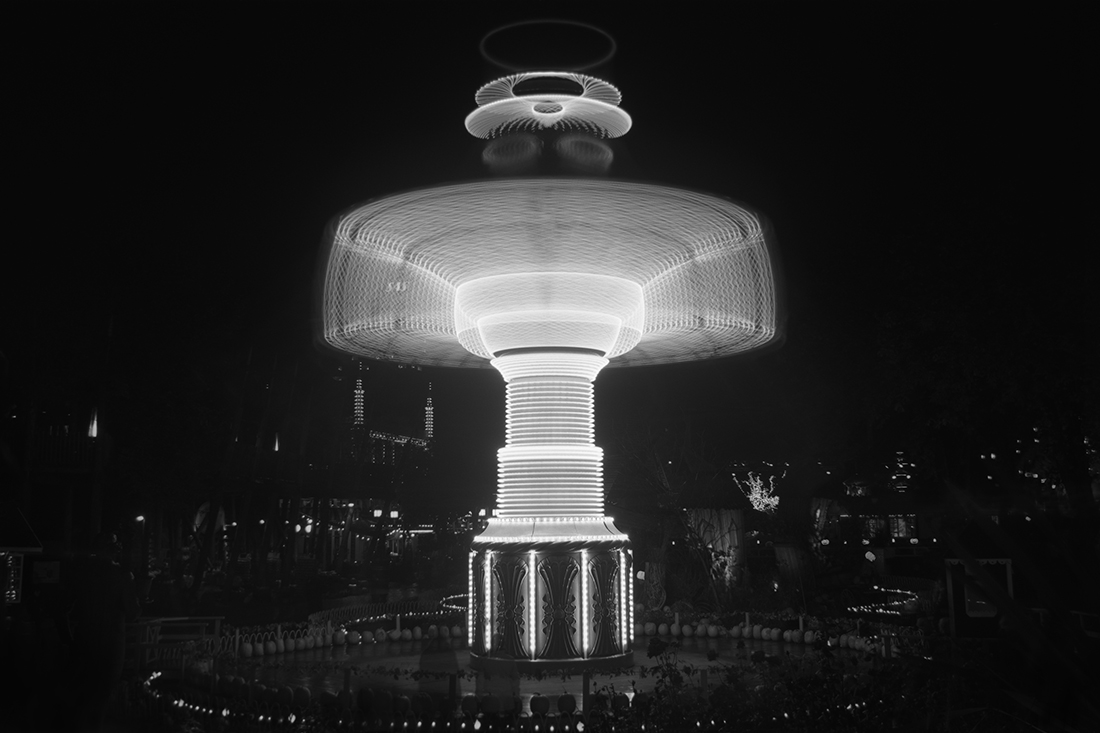 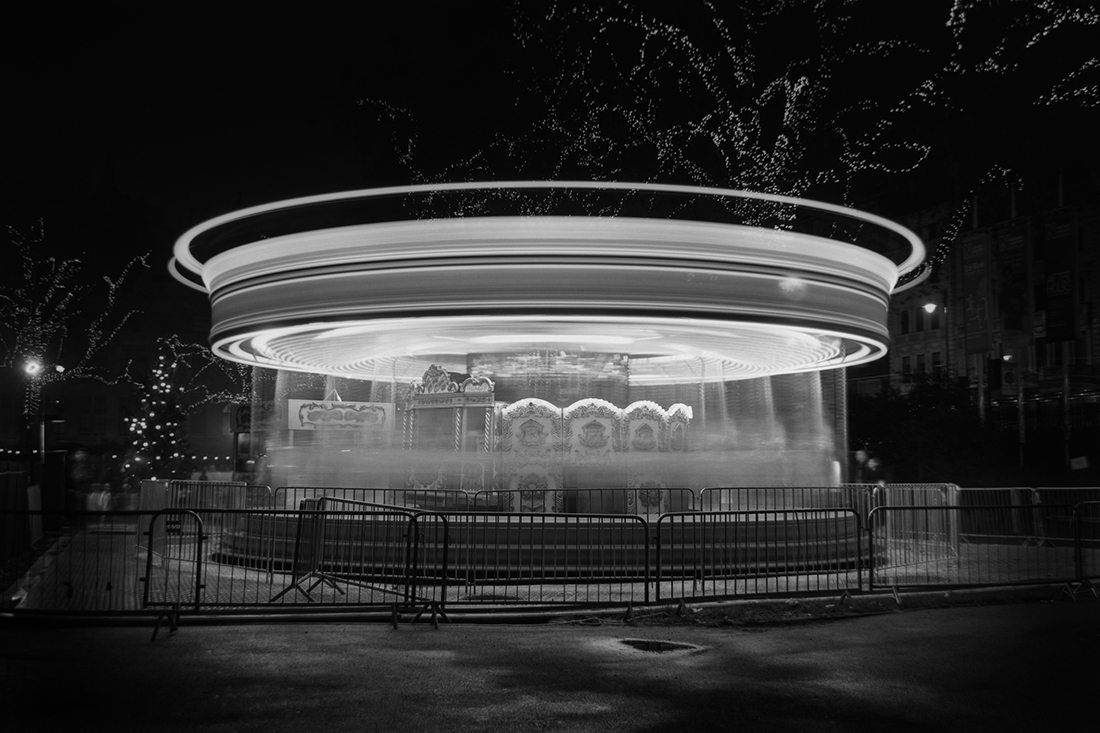 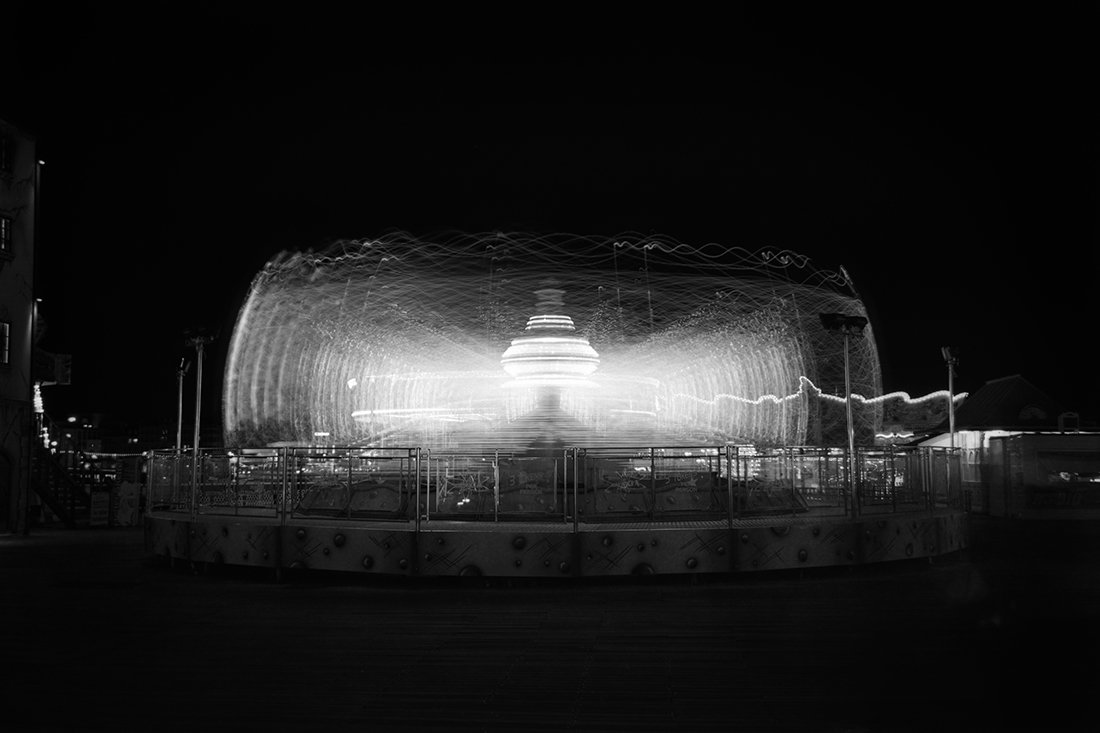 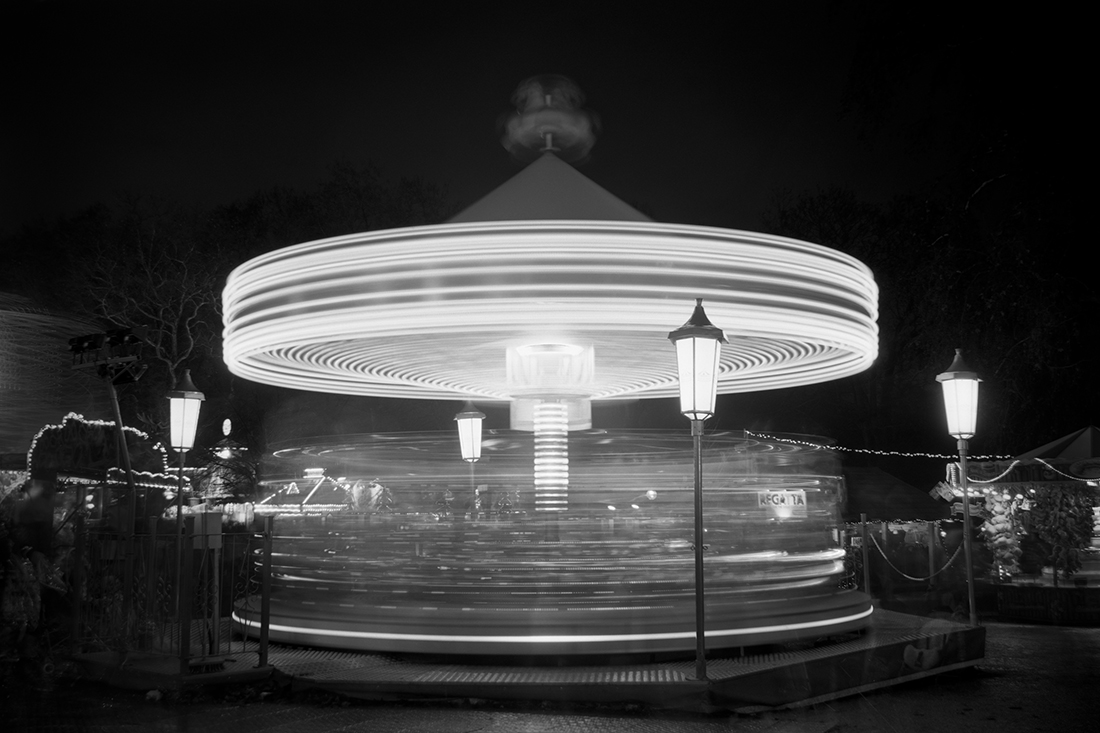 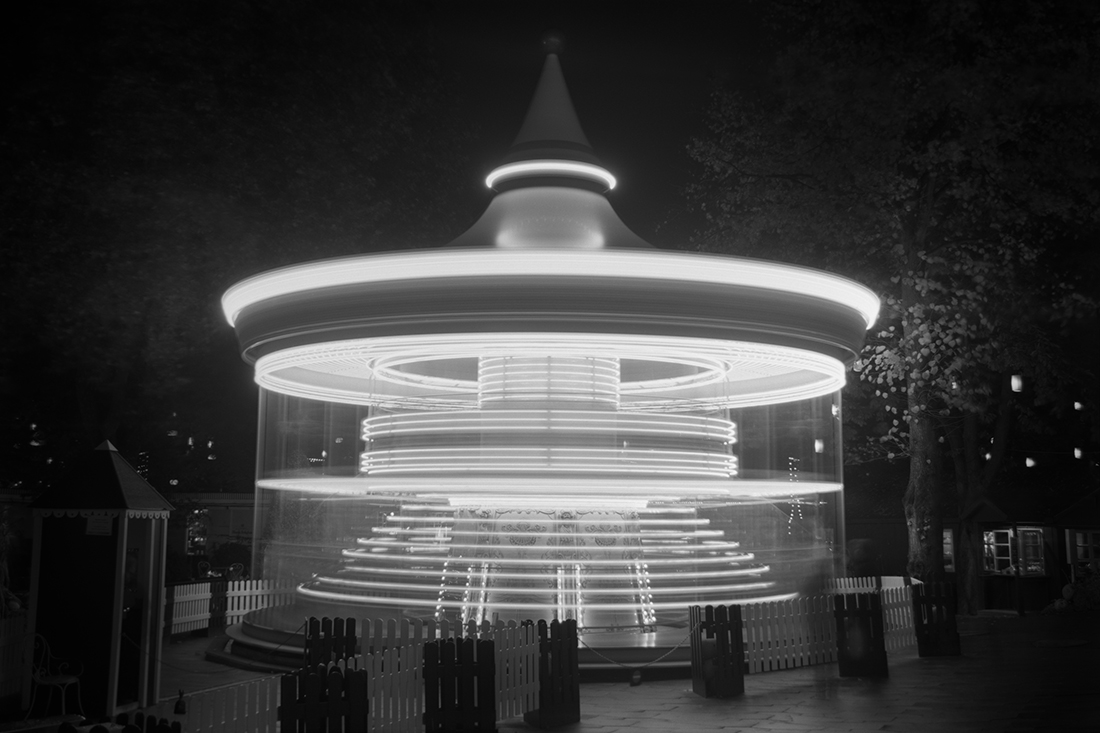 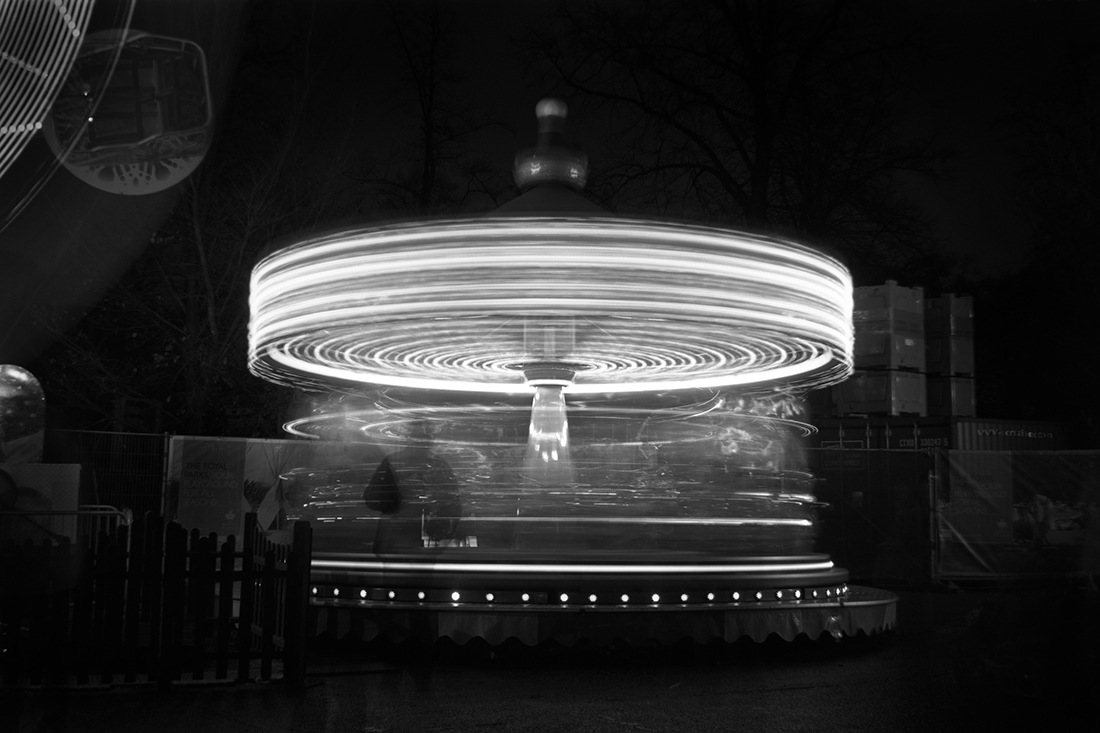 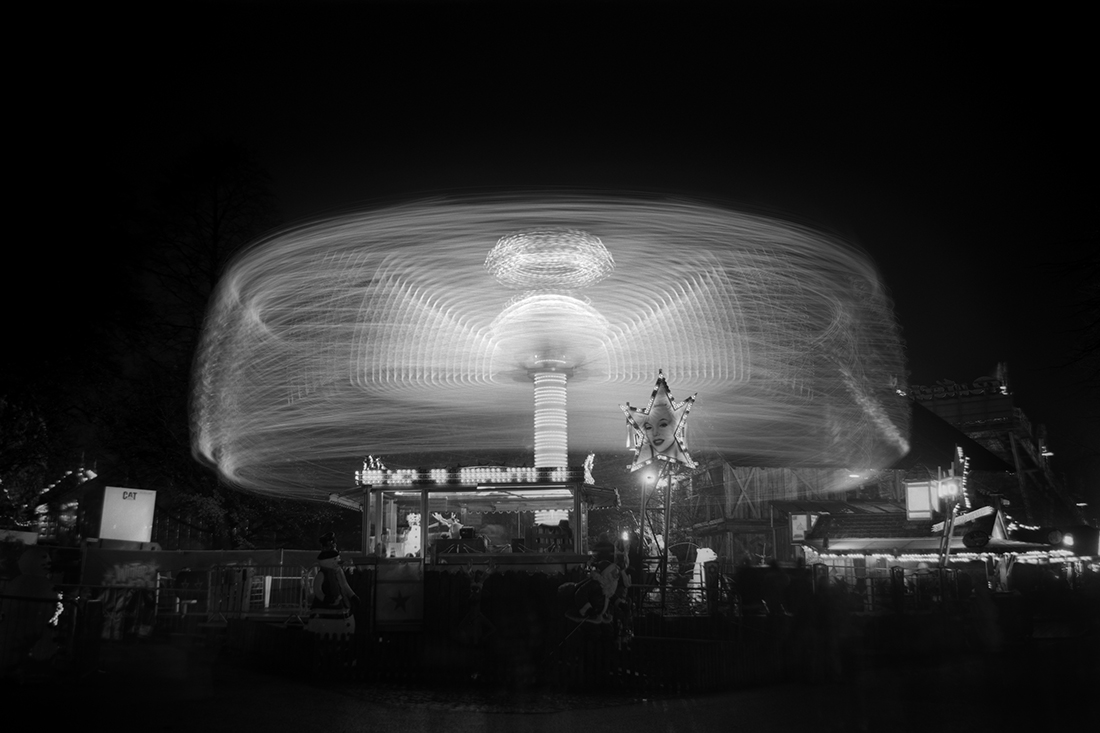 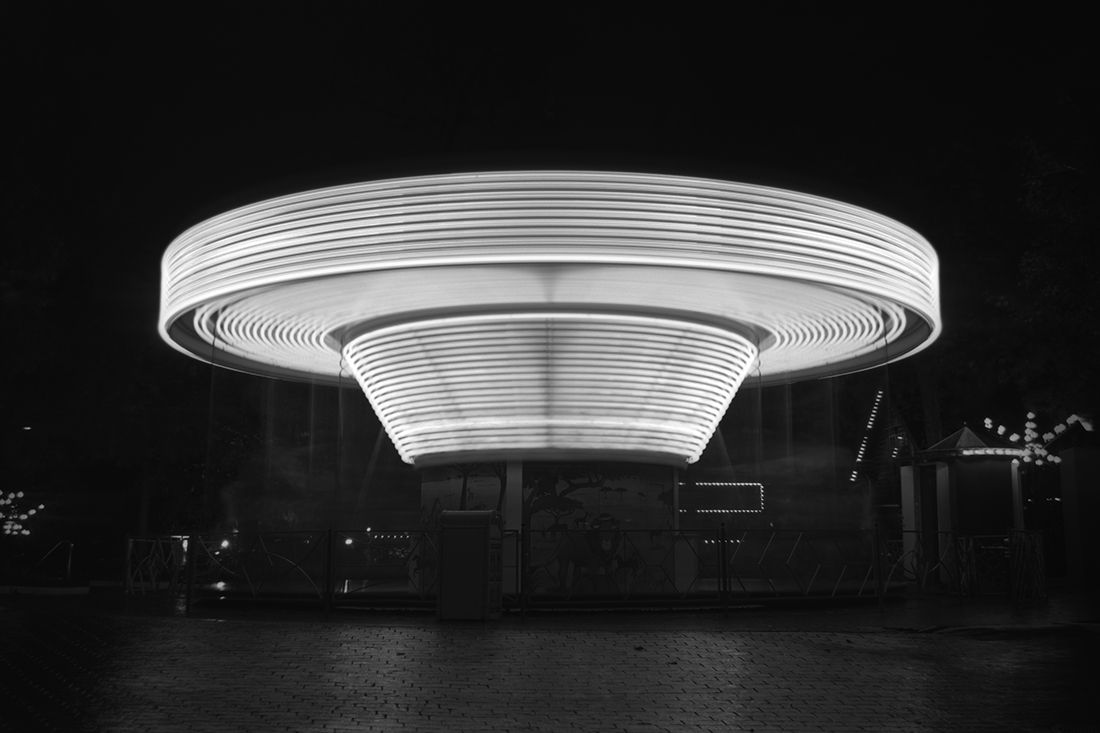 The modern carousel emerged from early jousting traditions in Europe and the Middle East. Knights would gallop in a circle while tossing balls from one to another; an activity that required great skill and horsemanship.

This game was introduced to Europe at the time of the Crusades from earlier Byzantine and Arab traditions.

The word carousel originated from the Italian garosello and Spanish carosella ("little battle", used by crusaders to describe a combat preparation exercise and game played by Turkish and Arabian horsemen in the 12th century).[3] This early device was essentially a cavalry training mechanism; it prepared and strengthened the riders for actual combat as they wielded their swords at the mock enemies.

Todays carousels typically feature wooden horses and is an innocent past time for families, full of music, nostalgia and fun childhood memories.

Working on the many fairground locations throughout northern Europe I noticed that all the rides were exactly 2 minutes long which also happened to be the required length of the exposures, that in turn revealed the familiar in
strange shapes, and the perspective of history and change.

I am a photographer based in Copenhagen with a master degree from The Royal Danish Academy of Arts School of Architecture in 1999. Commercially I specialise in architectural photography and have been published widely by the architectural press such as Phaidon, The Architects Journal, Architectural Record, Octogon and A+U.

My professional career started as in-house photographer for Future Systems in London while participating in the design and building of Selfridges Birmingham. Here I developed a bold and clean visual style characteristic of the studio, combined with strong perspective elaborations and compressions often to emphasise the feeling of double curved space, but also the classic approach of precision, light, timing and attention to detail.

My personal work is focused on projects with a spiritual approach, exploring time phenomena, the unplanned and the intersections between dream and conscious space. I am driven by a hearty curiosity and often exploring alternative methods of capture, development and printing, including analogue technology. As part of my explorations I have in recent years taken up street and landscape photography, particularly when travelling.
SHARE
Support this photographer - share this work on Facebook.
< BACK TO GALLERY