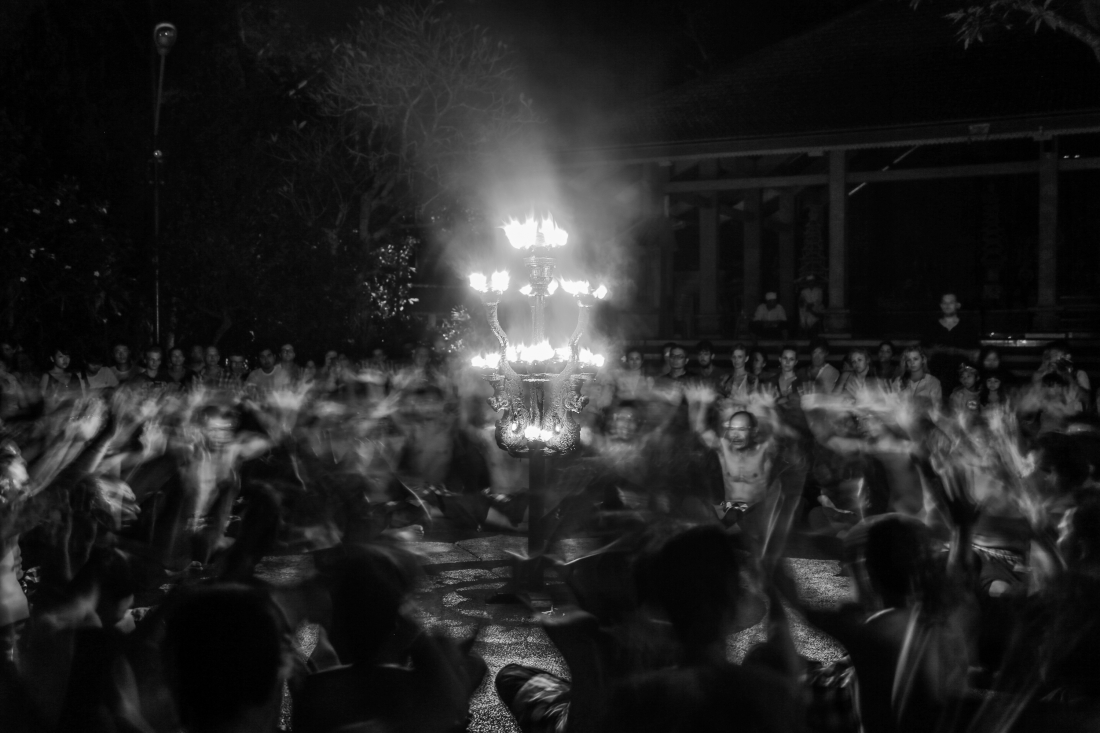 Despite its many natural attractions, the hypnotic appeal of Balinese dances could easily become the highlight of a trip to Bali. Ubud, it's cultural capital, offers a fine buffet of cultural performances. These performances are held in various temple courtyards. As evening approaches, organizers will hand out leaflets about the various performances scheduled. Guilty of not having done much research about the dances, we opted for a show at the atmospheric Pura Dalem temple. It turned out to be a Kecak dance. Kecak was originally a trance ritual. It was in the 1930s when it was adapted as a dance drama based on tales from the Hindu epic, Ramayana. A group of bare-bodied men wearing sarongs sit around a lamp and chant in a mesmerizing manner while performers in grand costumes enact various scenes from the Ramayana. The men slip into a trance and constantly chant 'chak-a-chak-chak-chak', basically imitating a troupe of monkeys. Throughout the performance, there's no music, only variations of this chant. Sometimes high-pitched, at times low. Ever now and then, the entire troupe would go quiet and there would be sharp individual cries adding to the drama. It's popularly known as the Monkey Dance, which I felt didn’t befit such an enthralling dance.