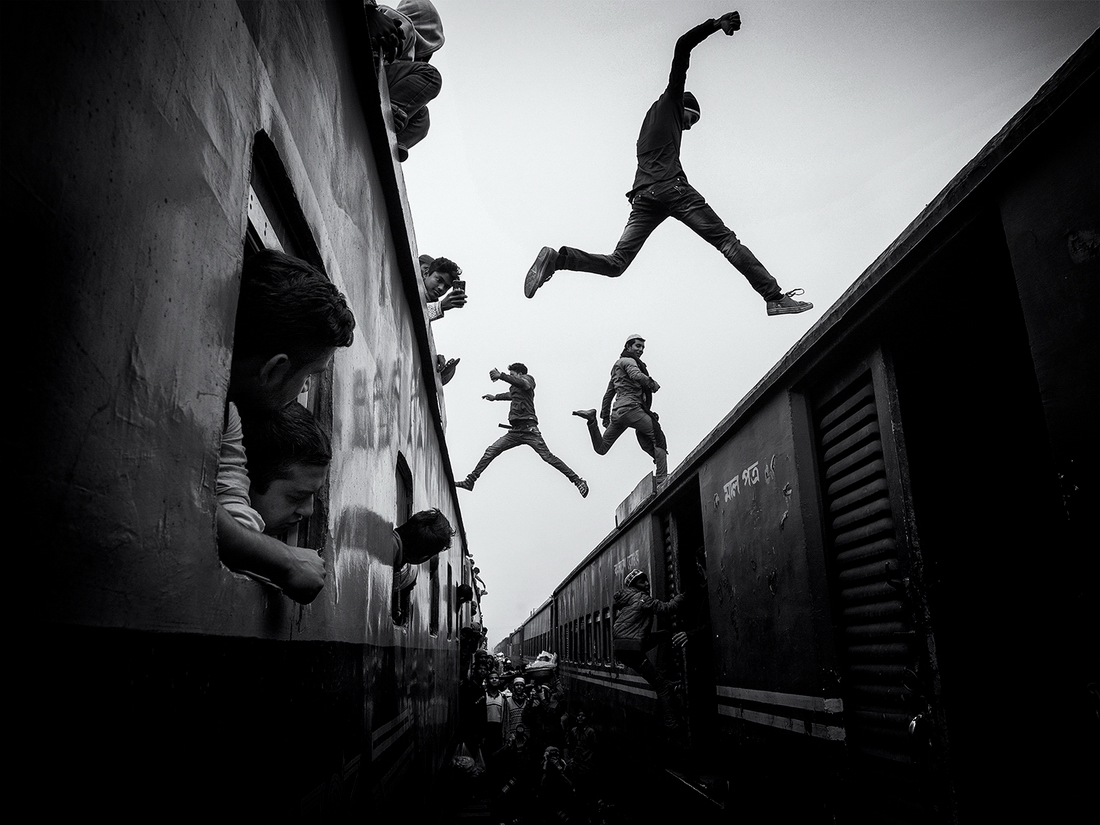 Boys jumping from one train to another during Bishwa Ijtema. The Bishwa Ijtema is an annual gathering of Muslims in Tongi, by the banks of the River Turag, in the outskirts of Dhaka, Bangladesh. It is now the second largest Islamic congregation at 4 Million pilgrims.

The first time I smelled developer was in 1985 when I was memeber of National Sport Center (Parachuting) in Lučenec. With the tiny Smena 8M camera, I was trying to capture my parachuting colleagues when descending, jumping out of a plane, or even during the free fall. Burning glass and red light became my loyal friends. Later, with the switch to colour film, I, in turn, became a friend of photo labs.

In 2001, I switched to digital and after numerous changes of hardware I remained loyal to Nikon DSLRs and Olympus mirrorless. Paradoxically, this change led to a gradual return to black and white photography and a classic photo film. It started with 'ordinary' black and white street photos, and then along came karate, landscapes, and infrared photography.

Today, I work almost exclusively in black and white. When taking a black and white photo, I don't need to care too much about balancing the white or about colour profiles in printing and I can enjoy the actual process of taking photographs much more. Black and white photography is in fact quite liberating. Genres that I specialise in are simultaneously my hobbies - karate, skiing, backcountry skiing, scuba diving, mountain hiking, and travelling.
SHARE
Support this photographer - share this work on Facebook.
< BACK TO GALLERY