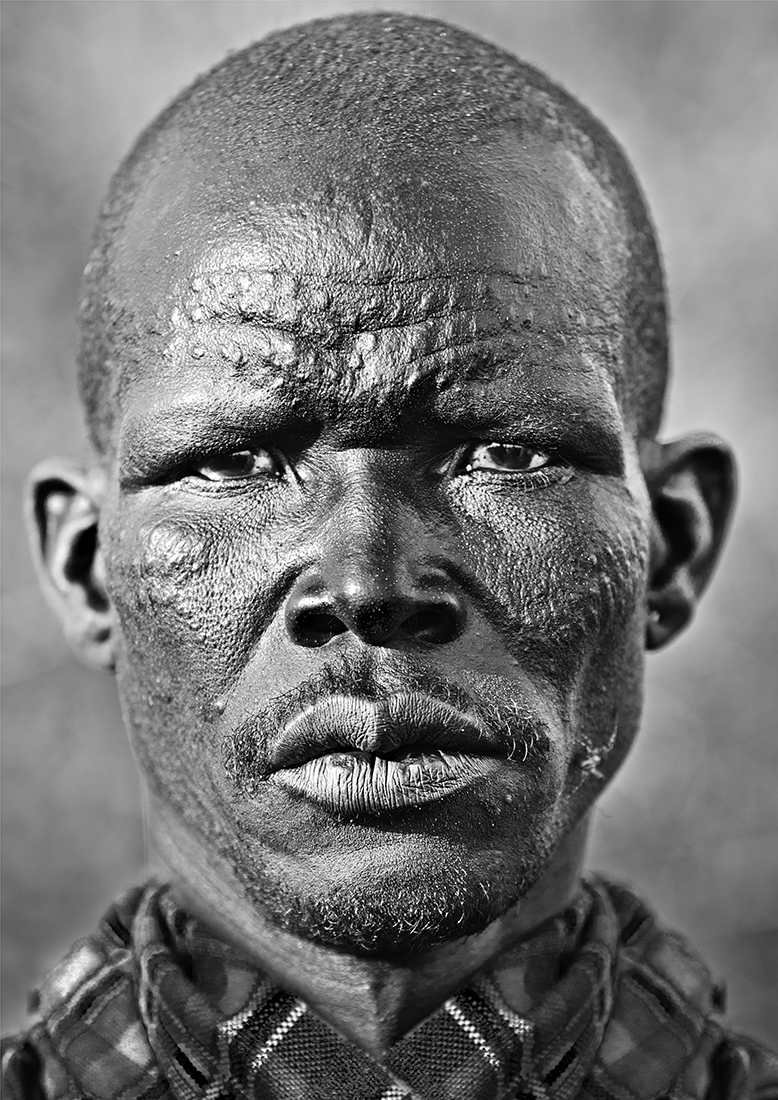 The Karamoja region of North-Eastern Uganda is a large expanse of arid scrubland and savannah on the edge of the Rift Valley escarpment, bordering Kenya to the East and Sudan to the North. It is watched over by four mountains; Morungole in the North, Moroto to the East, Kadam to the South and Napak in the West. The climate is harsh with very little rainfall. Conflict has been a feature here for many years, with civil wars close by and smaller, but by no means less vicious struggles ongoing in the region until very recently. Fiercely independent and proud of their traditions and way of life, the largely nomadic Karamojong people make up around a third of the population.
Travelling with a friend, we stopped some camel herders in order to buy some milk. I noticed one man standing slightly apart; he was standing straight upright, his eyes fixed on us in a piercing stare. A camel spider crawled slowly across the concave plain of his cheek, his tribal face-markings prominent across his brow. The camel milk purchase was in progress around us but it felt like we were both lost in the tension of this moment. My camera hung heavily (and obviously) around my neck, I was desperate to photograph him but unsure of his reaction. In the end my instinct overrode my doubts and I lifted the camera and took the shot. I glanced back up, having lowered the camera and his face had transformed into the most incredible smile – the atmosphere dissipated and we moved on.