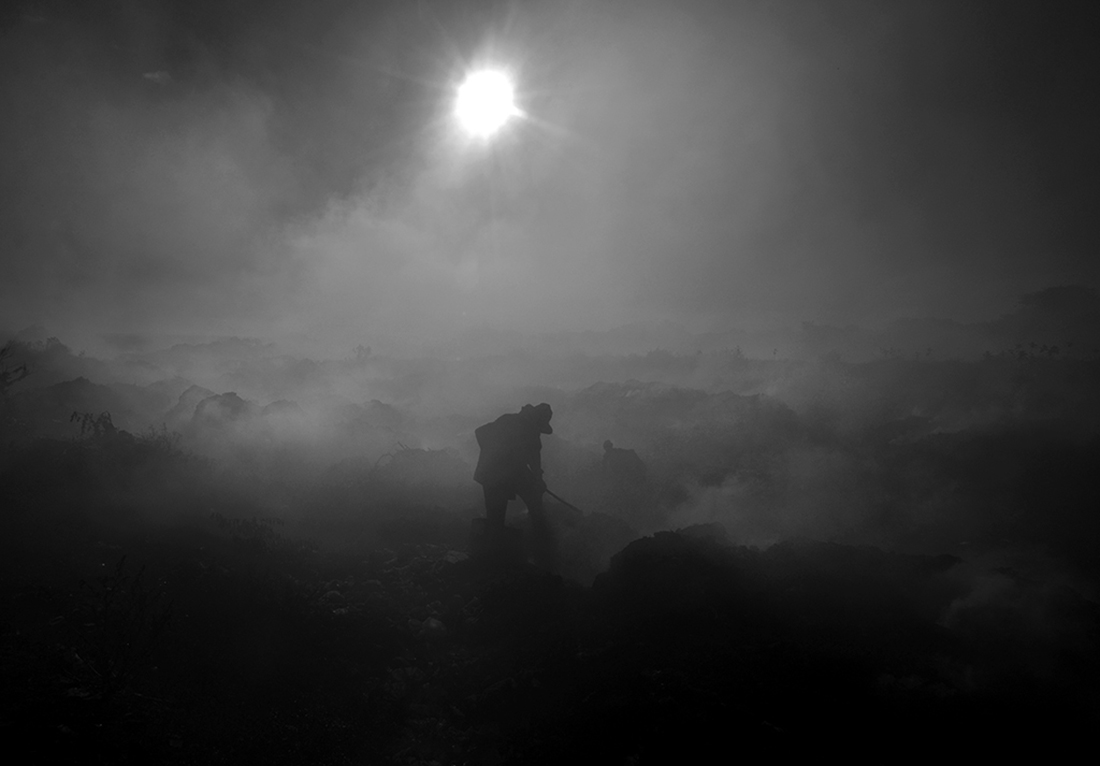 Jose Ramon ,54, looks for scrape medals under the trash at the dump in Tomas Borge.Tomas Borge is a community located a few miles outside of Leon, Nicaragua. It has 7 Barrios with about 6,000 families living there. For 50 years Tomas Borge was the city dump and the main income was recycling. Now the dump has been moved a few miles away, but is still the lifeblood of the community. A family working in the dump can expect to make a few dollars a day digging through trash.

As a photojournalist, Weeks has covered assignments that range from the World Series to small villages in Central America and Asia. His photographs of poverty in Honduras were selected as an award of Excellence for editorial photography in the Communication Arts Photography Annual. Additionally, he has won the Gordon Parks International Photography award twice and was a finalist ten times. He was awarded the Freedom of Information award from the Associated Press and many other awards for journalism. CNN and Photo District News featured his photographs on baseball in the Dominican Republic and Central America. In 2016 he presented a Tedx Chattanooga talk called “Two Views in Documentary Photography.” His work has been exhibited at the New America Foundation in New York City, Hunter Museum of American Art, Art of Photography Show, Slow Exposures, South x Southeast, and several universities.

Weeks is a lecturer in photojournalism at the University of Tennessee at Chattanooga. He has been a visiting speaker at many Universities and a presenter at several workshops for photojournalism. He believes that not only should journalists cover their assignment, but should also give something back to their profession. Today he lives in Ringgold, Georgia with his wife, two daughters, and two dogs.
Share
Support this photographer - share this work on Facebook.
< BACK TO GALLERY