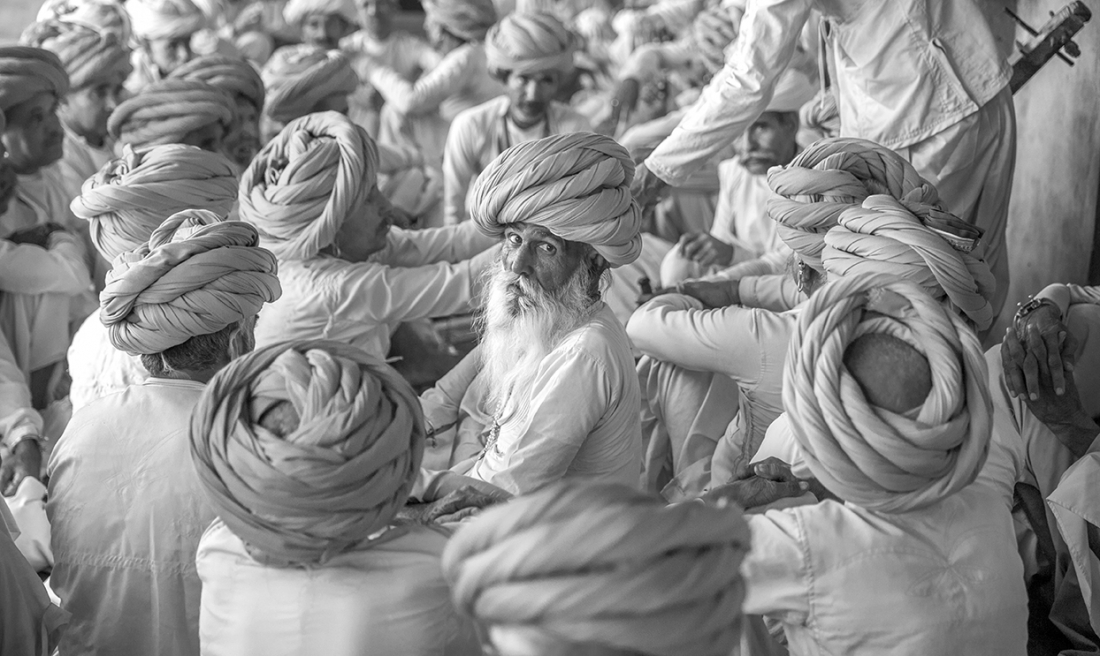 A group of musicians of the Rabari people take a break after giving a performance during the Kumbh Mela pilgrimage in India.

Rabari, which translates as “outsiders,” are a pastoral group of devout Hindus who live and roam in the northwestern region of India in the states of Gujarat, Punjab, and Rajasthan. They traditionally followed a nomadic way of life as cattle herders, but today only a small percentage of Rabari are truly nomadic. Due to changing cultural views and increased intolerance, most Rabari men now choose to settle with their families on the outskirts of cities and towns, leaving and returning with their herds based on the seasonal rain, while the women remain in the village to care for the family.

Wei Tan is a freelance photojournalist who is currently working in Southern Asia but is based in both the United States and China. He undertakes long-term projects concerning social and environmental issues, as well as short-term assignments for magazines, newspapers, and companies. During his time living in China, Tan works in the field of advertising and portrait photography. Since 2011, while working in Southern Asia, he has focused on social issues.
Share
Support this photographer - share this work on Facebook.
< BACK TO GALLERY