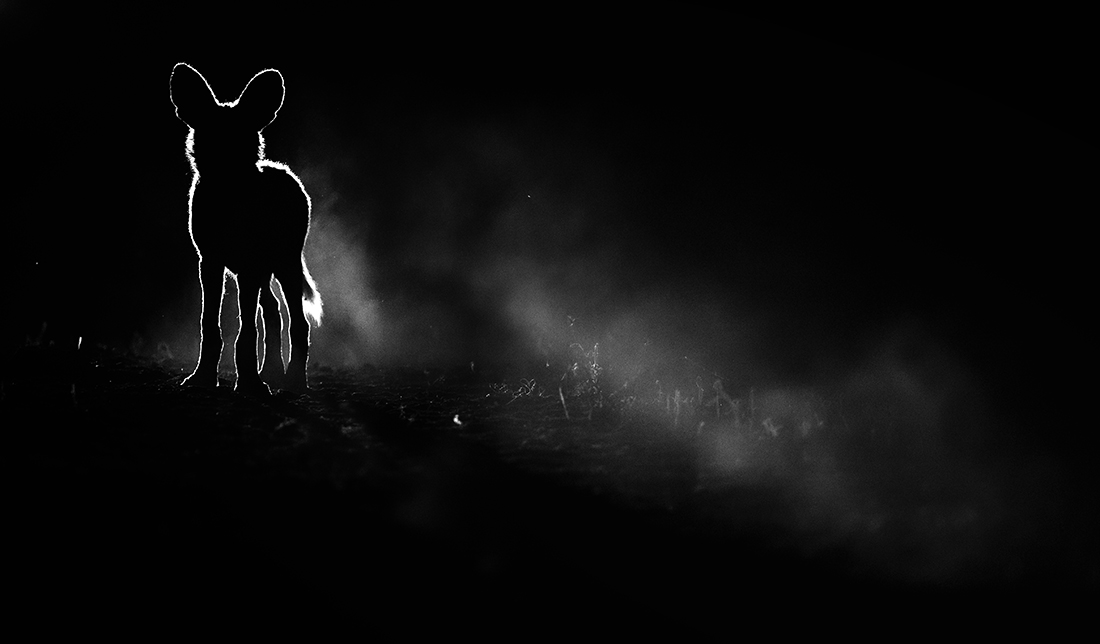 It was my most frightening shooting in Africa, when after getting off the vehicle I took some photos of wild dogs from the base of a bush. In the beginning there were some cute puppies playing with each other, but in the meantime it got dark, and we suddenly found us face to face with six bloody-headed adult dogs snarling and grunting at us fiercely. At that moment I thought I would be no bigger a challenge for them than the poor creature whose blood was still dripping from their sneering faces. This scene was made even more fearsome by my guide who found this very moment appropriate to leave me alone and go back to the vehicle to replace his flat battery.