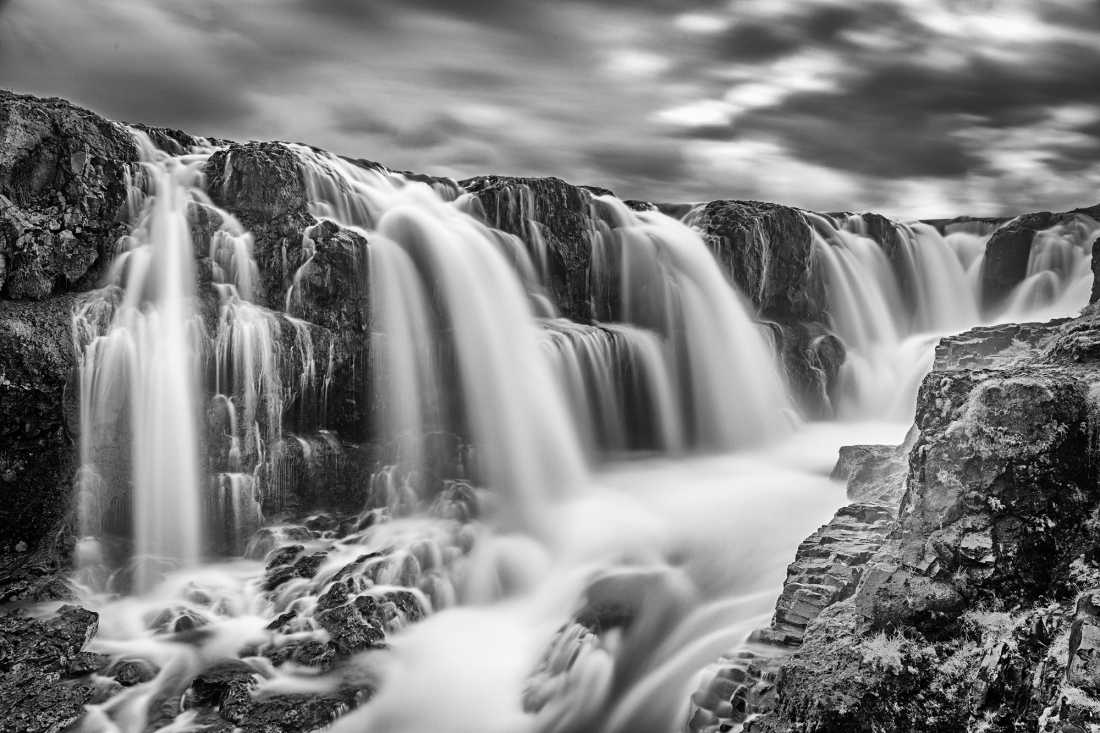 Long exposure at high noon. It was an overcast, grey day with the sun directly above and in front of me. It was difficult framing the shot while battling a swarm of plague size flies buzzing around me and one little bugger stuck inside my right eye. It would have been comedic, except for the 300 foot drop into the ravine. I decided to shoot black and white, capturing as much as possible in camera. I changed my camera settings to create a high contrast image with darker than normal blacks and combined a ND 10 stop filter with a polarizer for a 75 second exposure. The finished image had to be black and white.

I have a 40-year career in televisions news, live action film production, visual effects film production, animation & still photography: I began as a news cameraman in Boston and Pittsburgh before moving to New York, unemployed, but newly married and a $3,000 bank account. That risky, but calculated move led to a 30-year career in live action film production as a commercial director’s agent, the first step in becoming an executive producer, managing director and partner at some of the ad industries leading animation and visual effects studios for commercials, feature films and episodic television. In 2010 i walked away to rest my mind and body, and enrolled at the ICP Museum of Continuing Ed to study photography. One might say my career came full circle while along the way, winning Clio's, the prestigious Cannes Silver and Gold Lion and the coveted AICP/MoMA Award for production excellence. Over the years, I have collaborated with directors and designers on campaigns for Fortune 100 companies and brands like Cadillac, Mercedes-Benz, AT&T, Nintendo, HBO and Samsung.
Share
Support this photographer - share this work on Facebook.
< BACK TO GALLERY