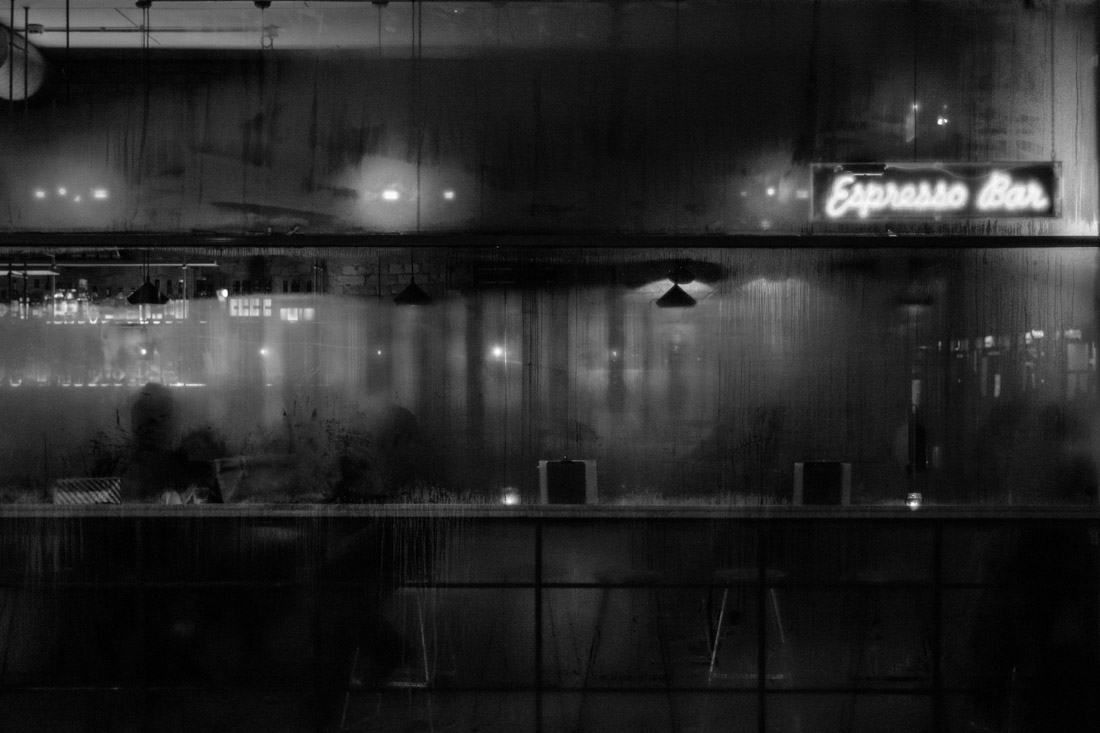 A foggy café window creates an uncertain reflection of the inside and outside worlds. The space seems warm and inviting at first, with its nostalgic neon sign and refuge from the weather. On a closer look, however, the space takes on different qualities: hot, overwhelming, even haunted. By framing the photograph to only show the sheet of glass around the café, I have tried to further emphasize the feeling of oscillation between inside and outside. The viewer's position is uncertain, as one is not inside, yet does not have room to stand outside, either. This photograph comments on divisions between public and private space, as well as the search for clarity in modern architecture.

Zac Endter was born in Philadelphia, Pennsylvania in 1994. His interest in photography was cultivated from an early age, as he sought to document his family's frequent road trips under the vague influence of America's tradition of large-format landscape photography. As he adopted a more urban mode of life and began to study history at the University of Pennsylvania, he questioned the role such landscape photographs played in idealizing modern life. He began to experiment, moving almost entirely to black and white to focus on the physicality of urban structures. While pursuing a Master's degree in Political Theory at the London School of Economics in 2016, his work became overtly political and influenced by the New Topographics movement, particularly Lewis Baltz. Often incorporating urban and commercial structures as framing devices, his recent work suggests the observation of the environment by itself, such that any human presence -- either suggested or distorted within the image -- becomes disturbing to the viewer, a visual reflection of capitalist alienation. The photographs do not reach a resolution, with leading lines splitting or reaching dead ends.
Share
Support this photographer - share this work on Facebook.
< BACK TO GALLERY