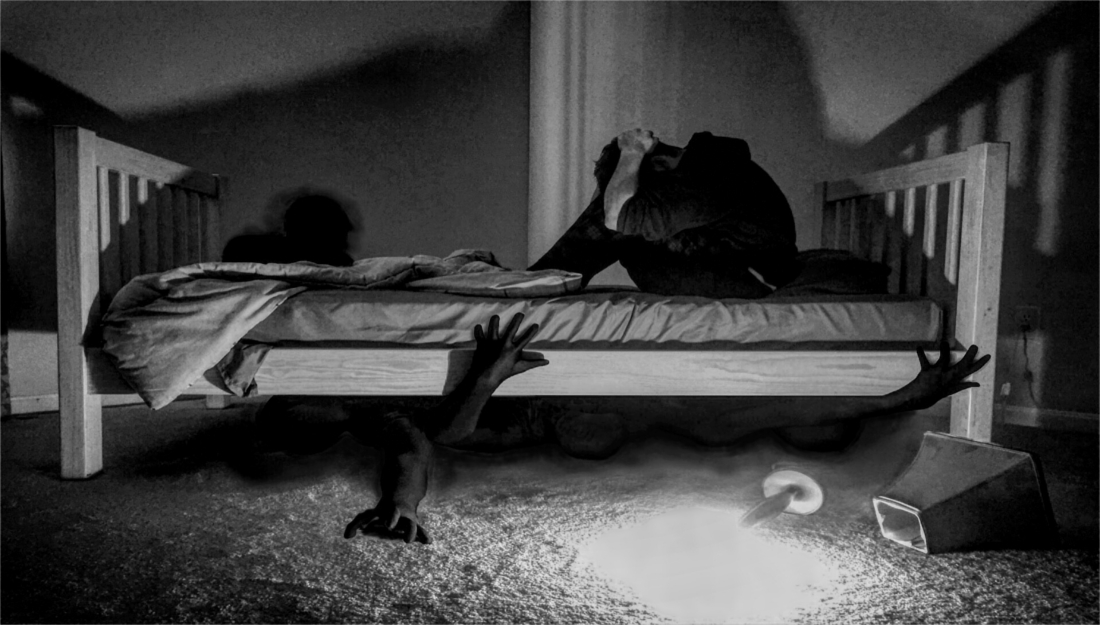 I've been trying to put into words how depression looks and feels. It turns out though, words don't cut it. I created this piece in some kind of attempt to explain to others how not just I, but everyone who suffers from depression or some form of mental illness perceive the world. This photo isn't for me. This photo is for all the voices that have been silenced by the unfortunate stigma attached to mental illness. This photo is for all those who've lost their life to suicide because no one could understand what it looks and feels like to be going through what they had been through for so long.

This photo consists of multiple images layered on top of one another. I edited this image using GIMP. I'm the actor on the bed and for each of the hands under the bed (and the shadow nearing the end of the bed). To be quite honest, I really had no idea what I was doing when I edited it. I had a basic understanding of how GIMP worked, but I'd never tried to create anything like this before. Regardless as to if I win or not, I hope everyone who looks at this image enjoys it and I hope that I can raise some sort of awareness for mental illness.

Thank you all for taking the time to look at my photo. God bless.

I'm just a college kid that likes photography, drawing and poetry. The arts have always been a way for me to communicate when ordinary conversation just won't do.
Share
Support this photographer - share this work on Facebook.
< BACK TO GALLERY