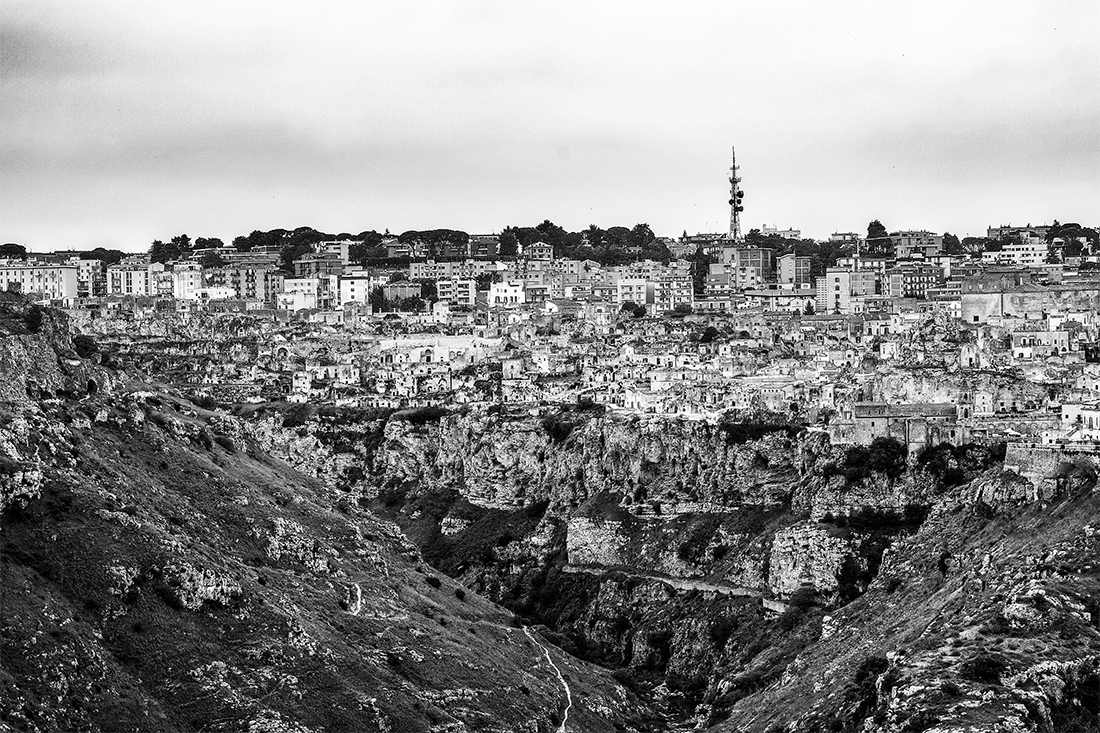 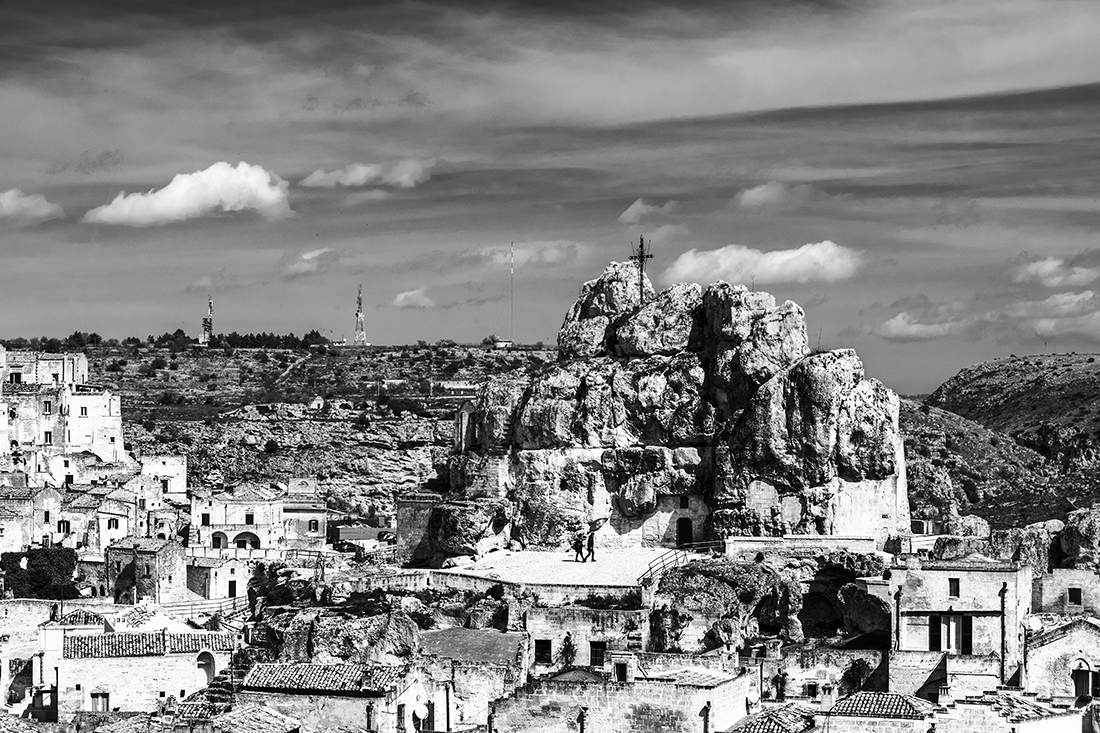 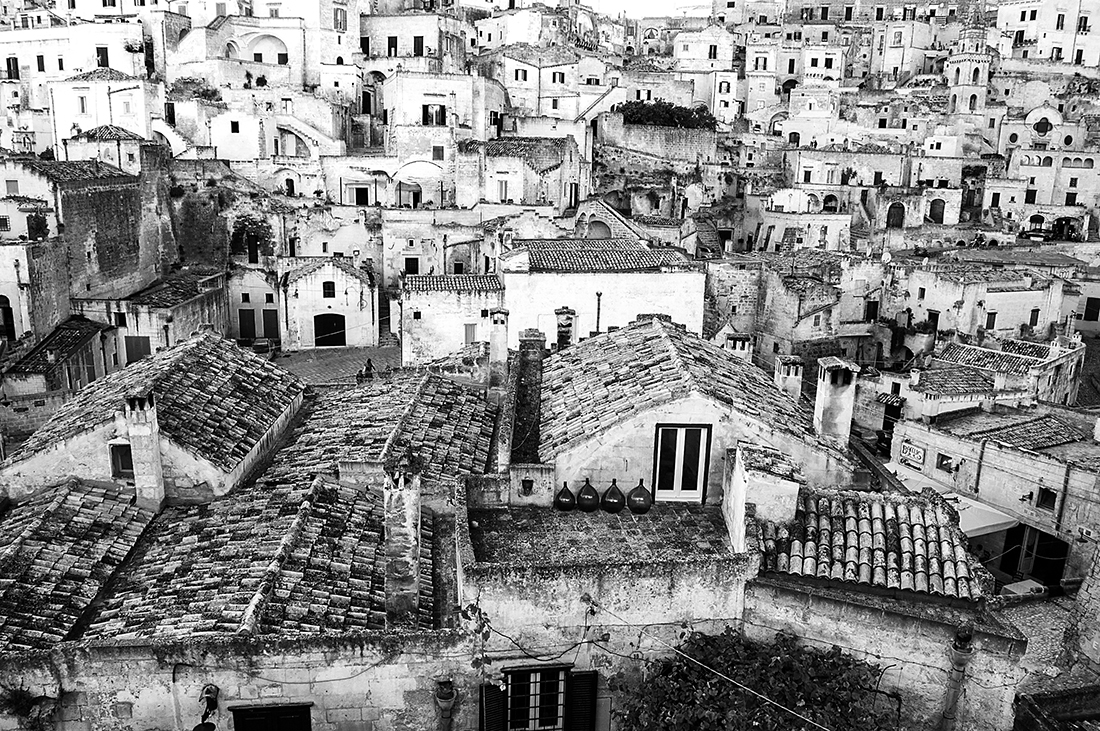 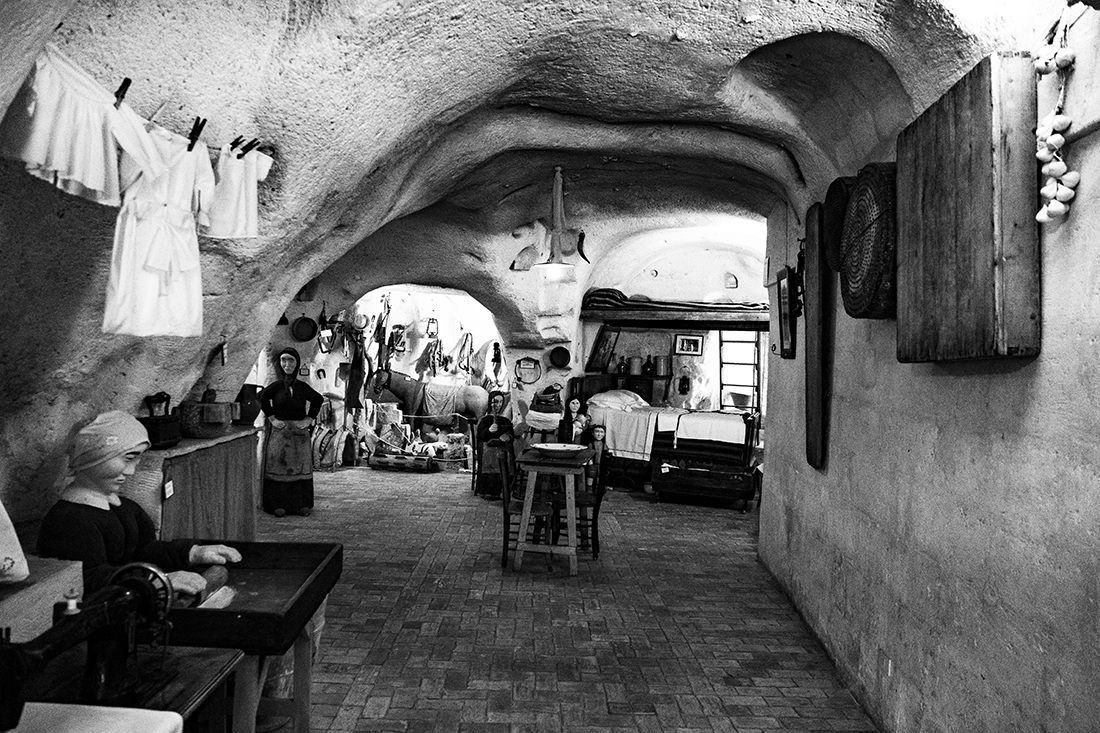 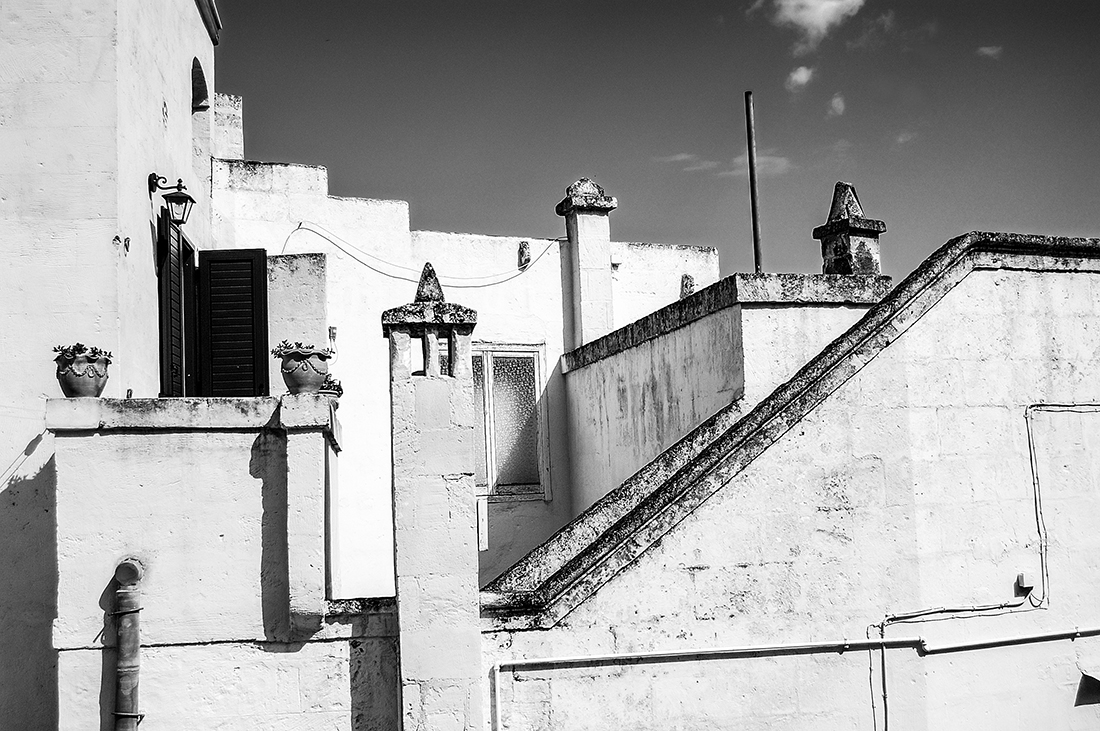 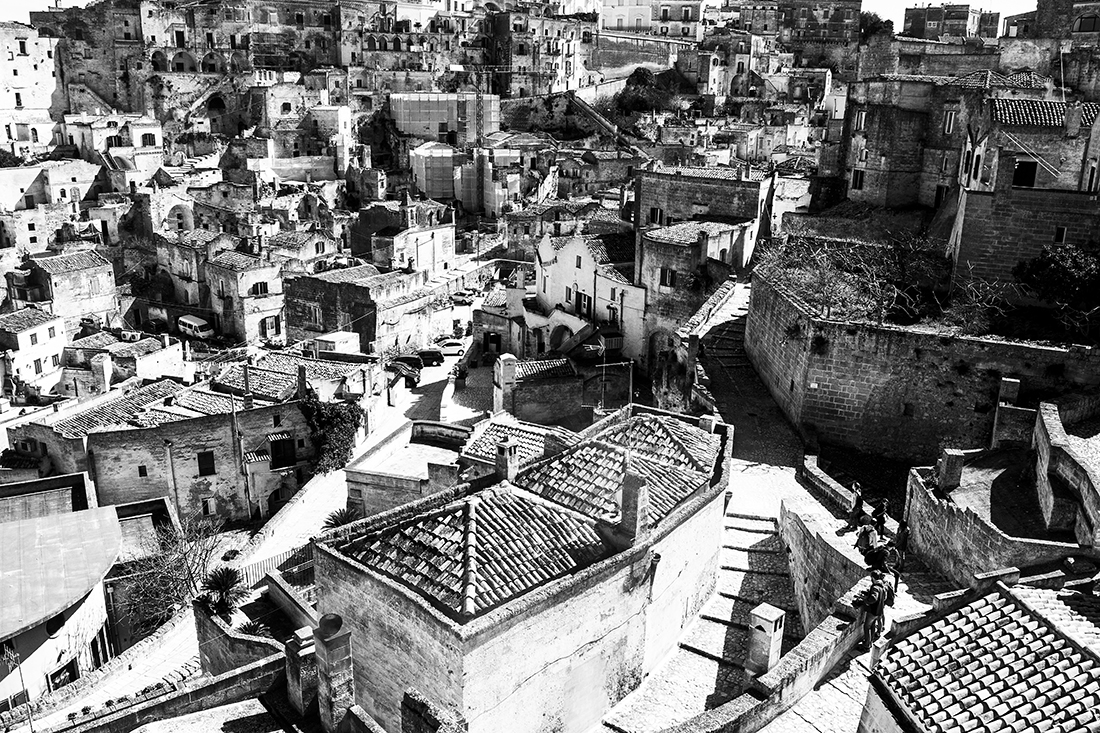 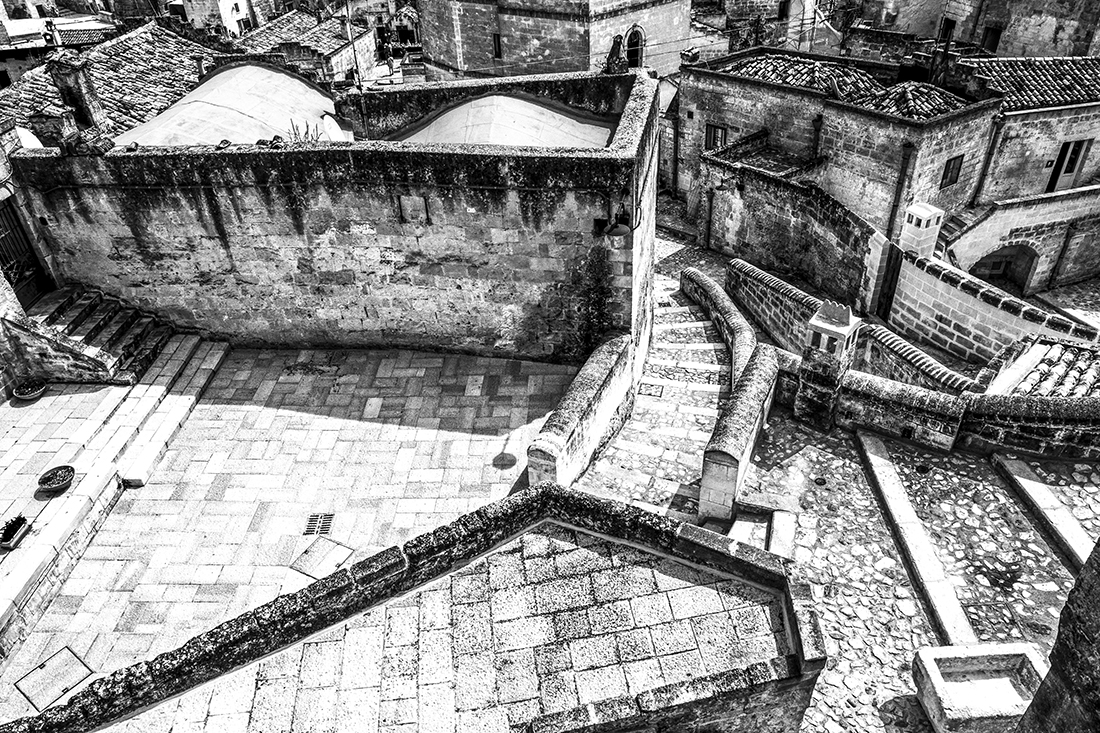 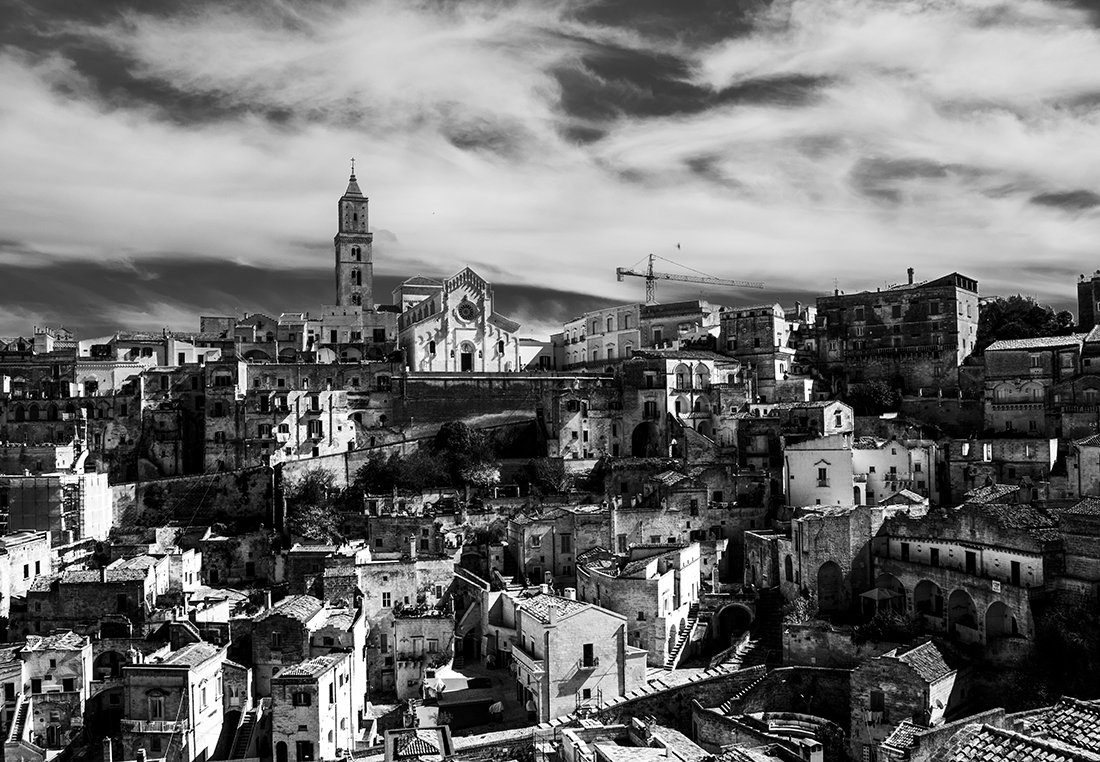 scroll left scroll right
TITLE: "The city in the stone"

Matheola is one of the oldest cities in the world to have been inhabited, with settlements dating back to about 10,000 years ago (inhabited from the Paleolithic up to our days); the third in the world after Aleppo in Syria and Jericho in the Cisgiordania.
The first settlements are those of the Murgia (deep karst gorge crossed by the Gravina stream) where there are the prehistoric villages of Murgia Timone and Murgecchia. The dwellings were the caves carved into the rock. With the progress of civilization, the tuff blocks of the Murgia Materana were used for the city built "above ground". The "two cities", the excavated and the built one, started a long cohabitation that still lasts. Starting from the 8th century, the hermit monks and Benedictine and Byzantine Greek monastic communities began to arrive.
These communities settle in the caves transforming them into rock churches (there are about 150), embellished with frescoes of Byzantine style.
The city had relations with the Magna Graecia and in Roman times it became a center of passage and supply of wheat. It was disputed by the Lombards, by the Byzantines and by the Saracens, followed by the Normans and the Aragonese.
The urban structure is formed by tangled "cave-houses" forming the two main districts of the historical center: Sasso Caveoso and Sasso Barisano divided by the Civita, the oldest part. The typical dwelling inside the Sassi is excavated on three levels and includes: the stable, the cellar and the cistern. In most cases the rooms were mixed, for example bedrooms that housed both people and animals. The places where this promiscuity occurred were unhealthy, humid, conducive to the spread of disease. The Sassi represent an absolute masterpiece of man's ingenuity and ability to adapt to natural and historical difficulties.