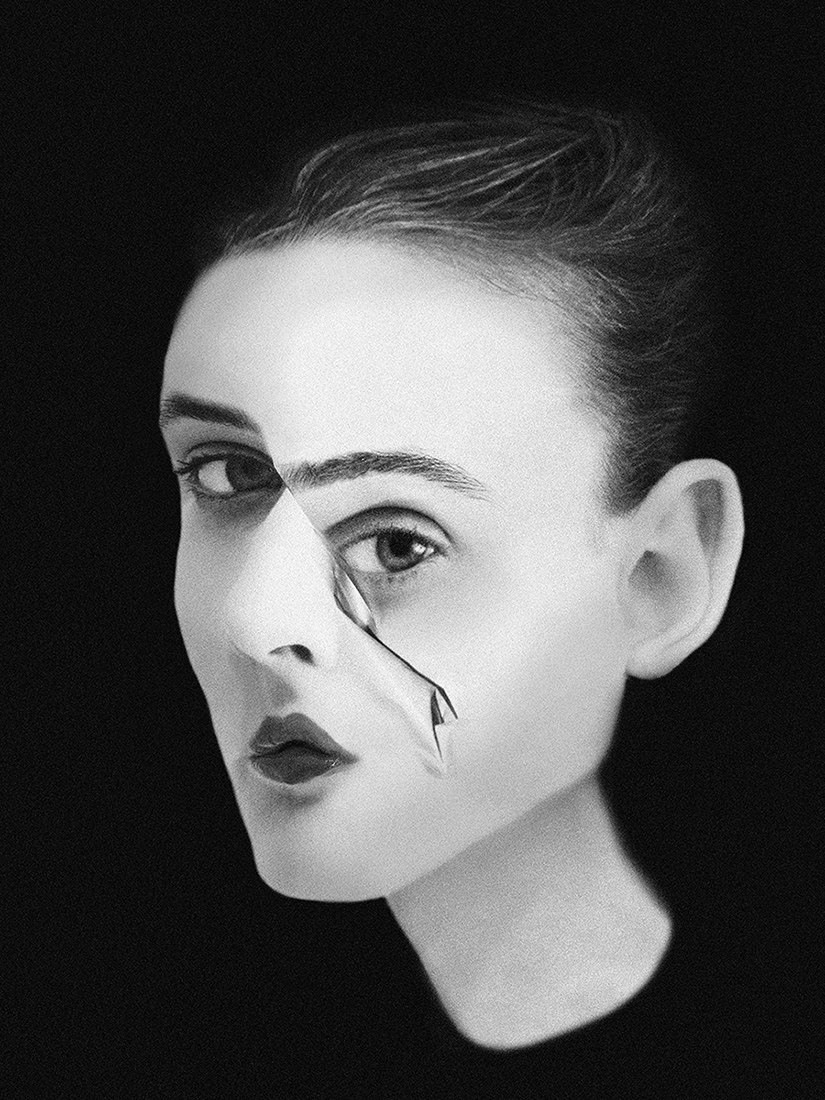 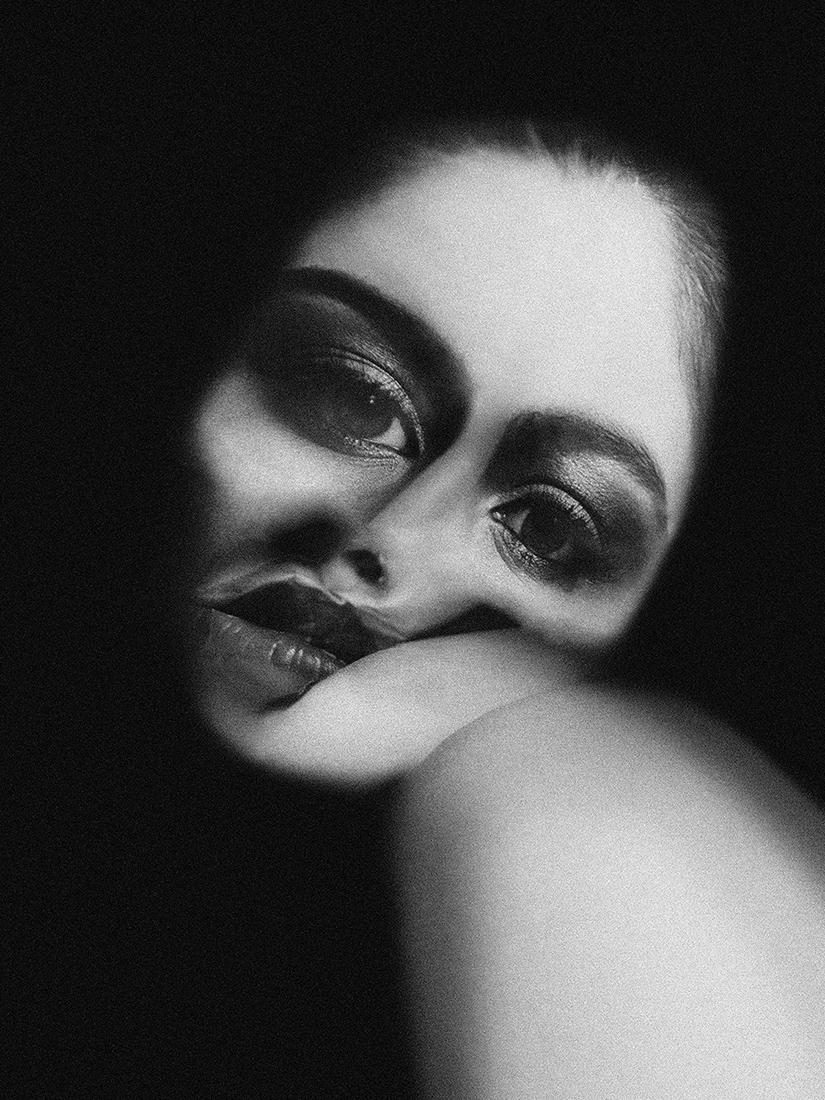 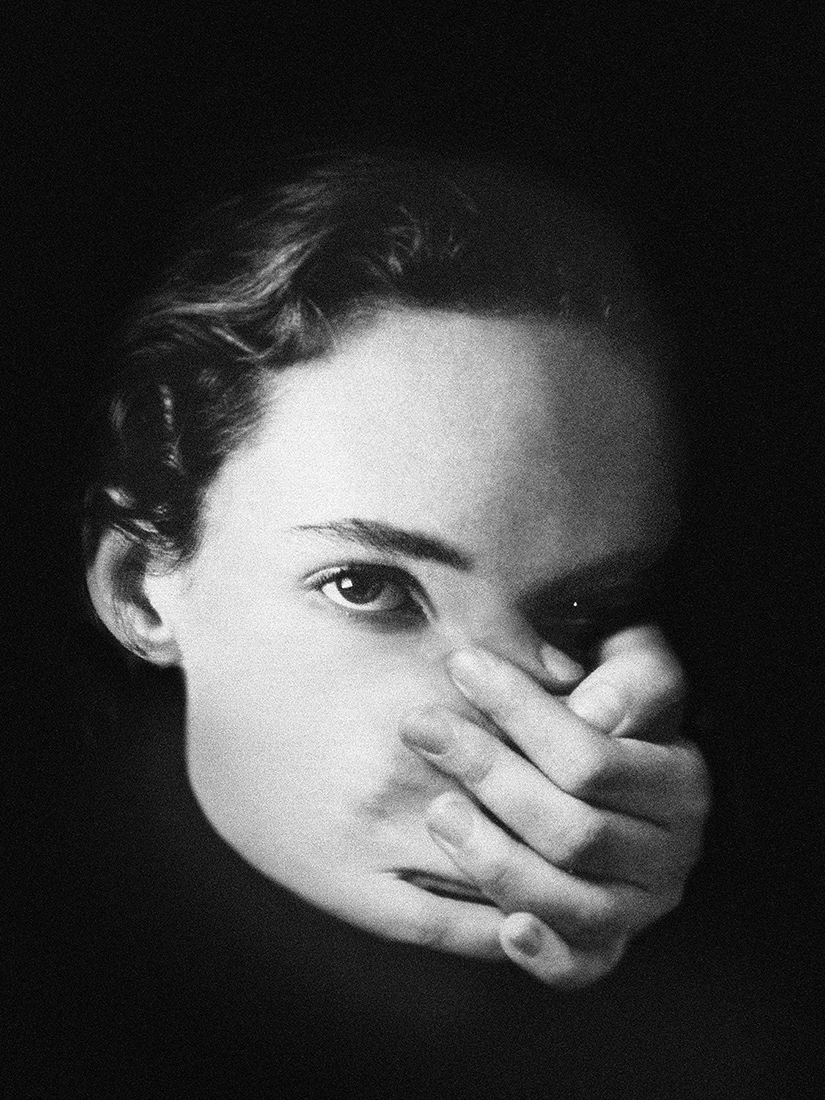 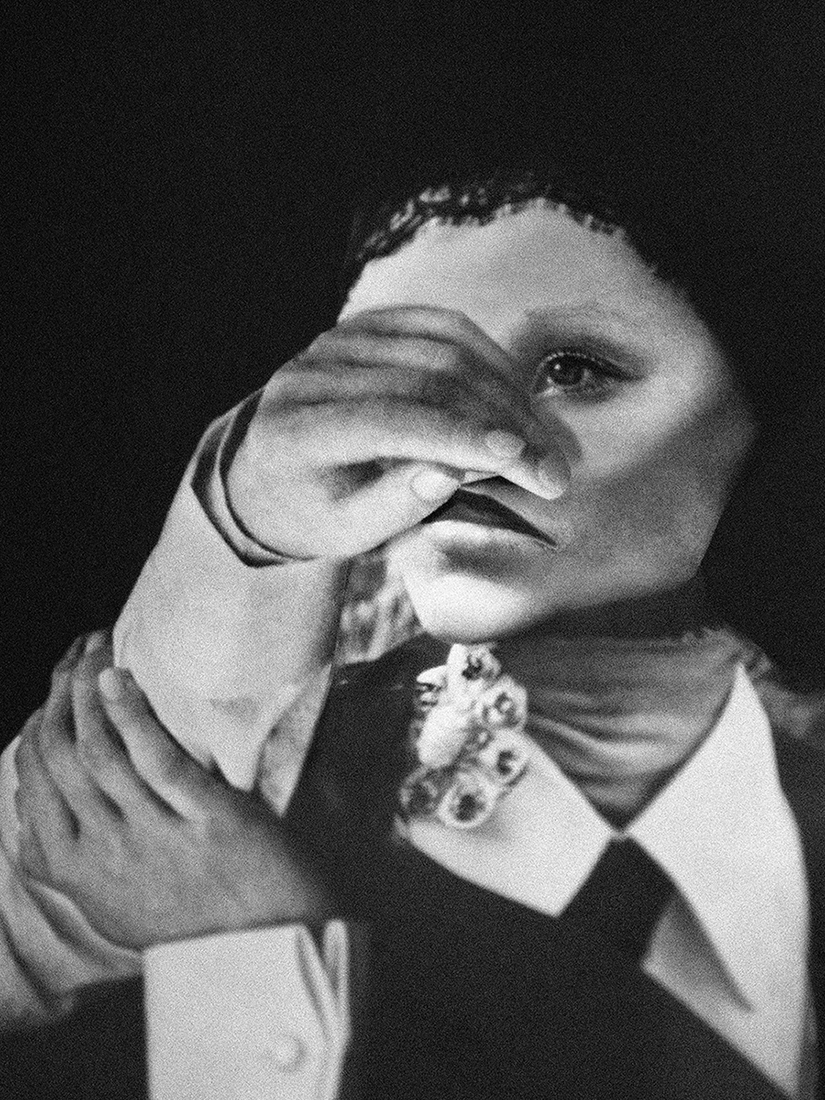 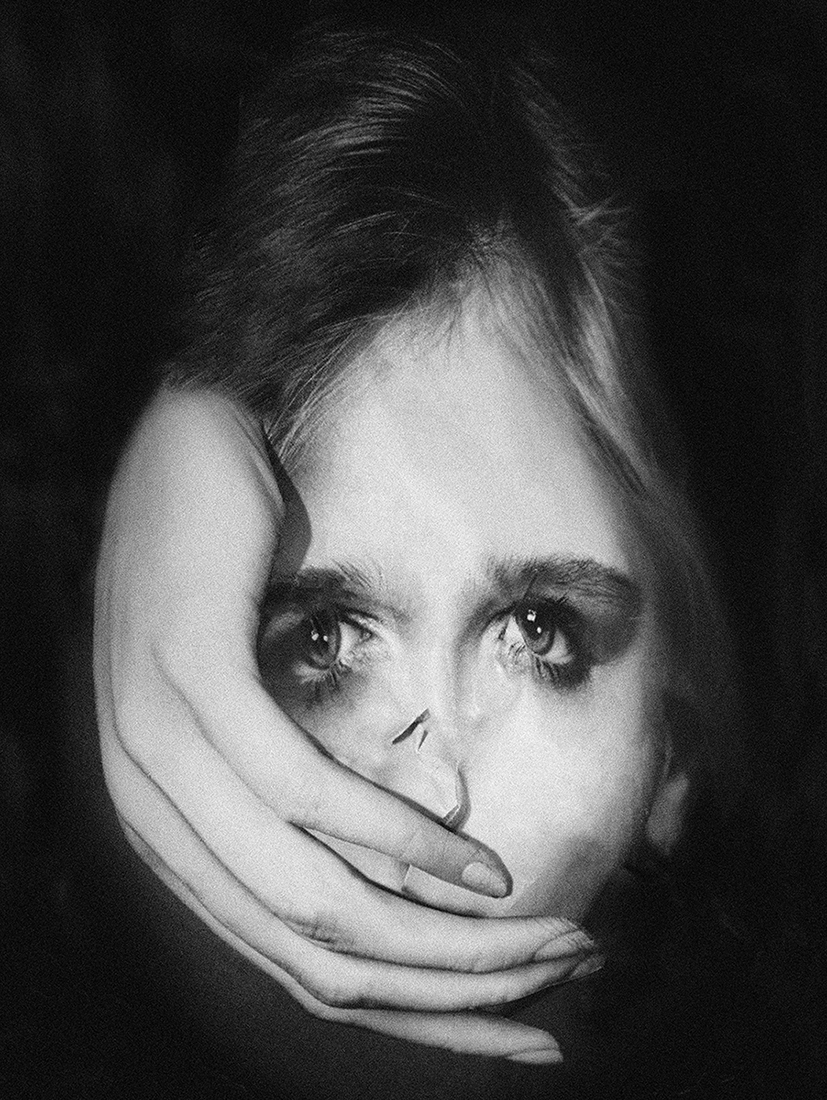 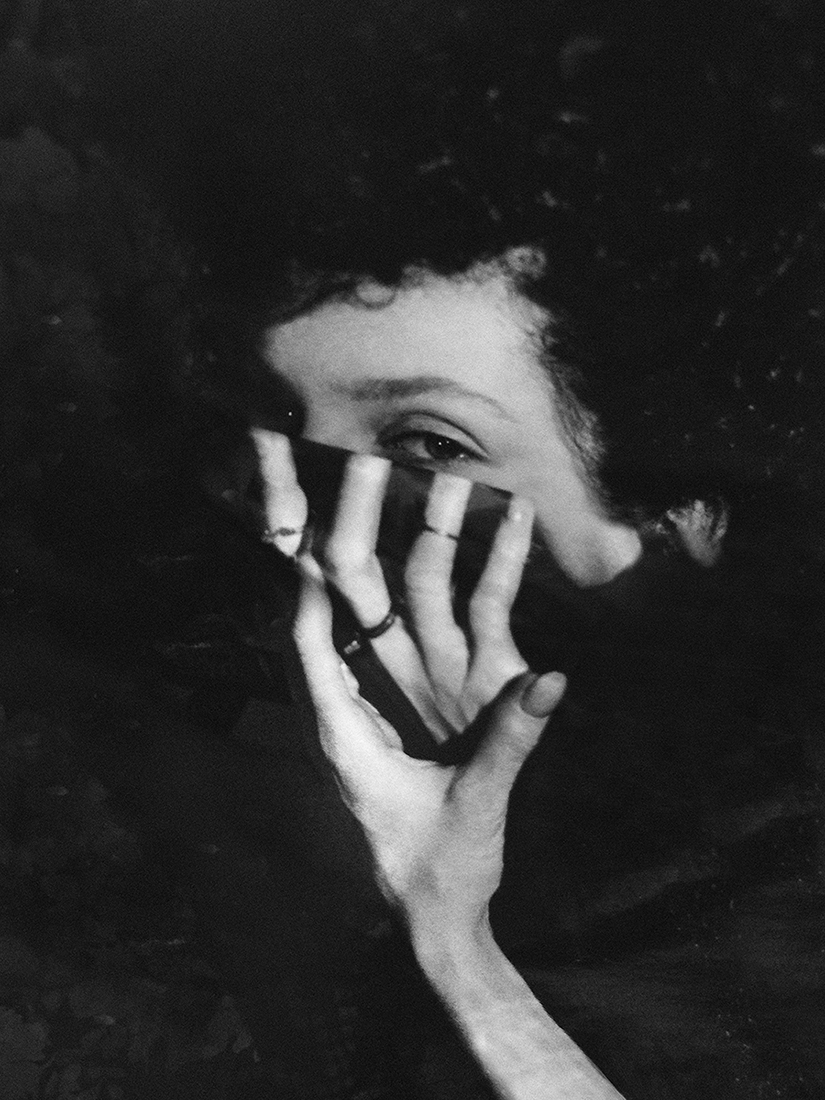 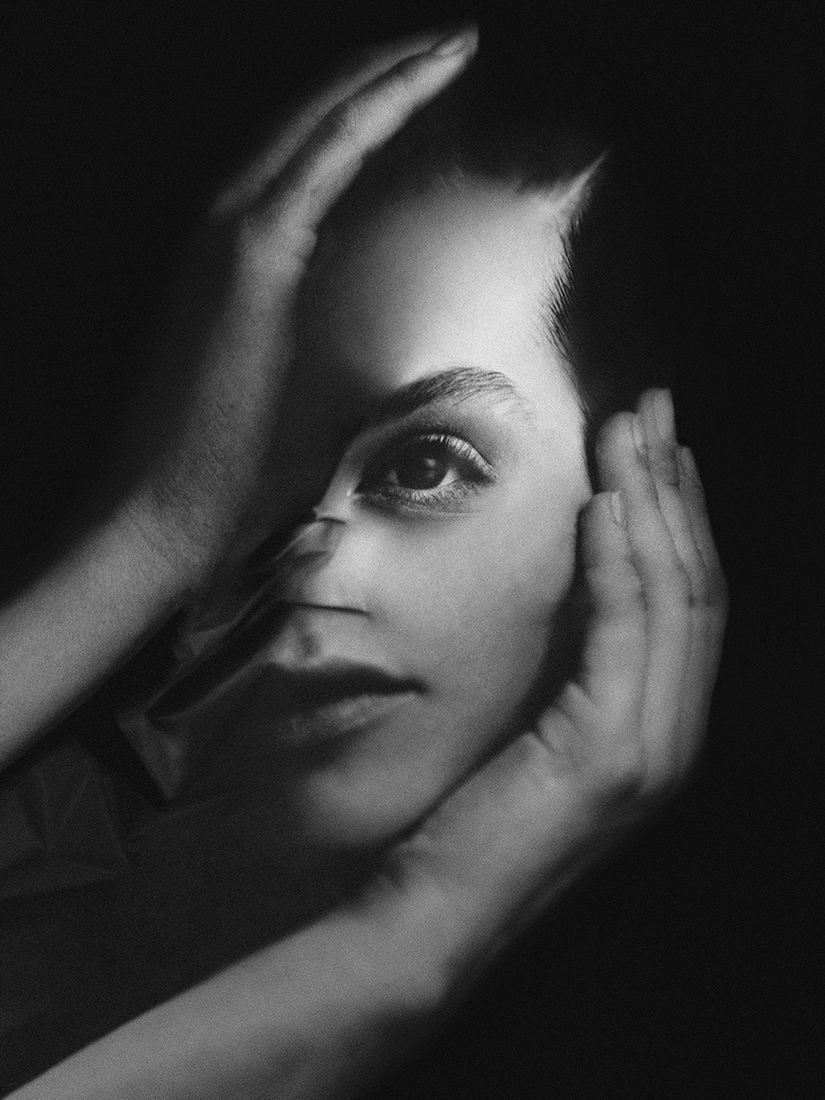 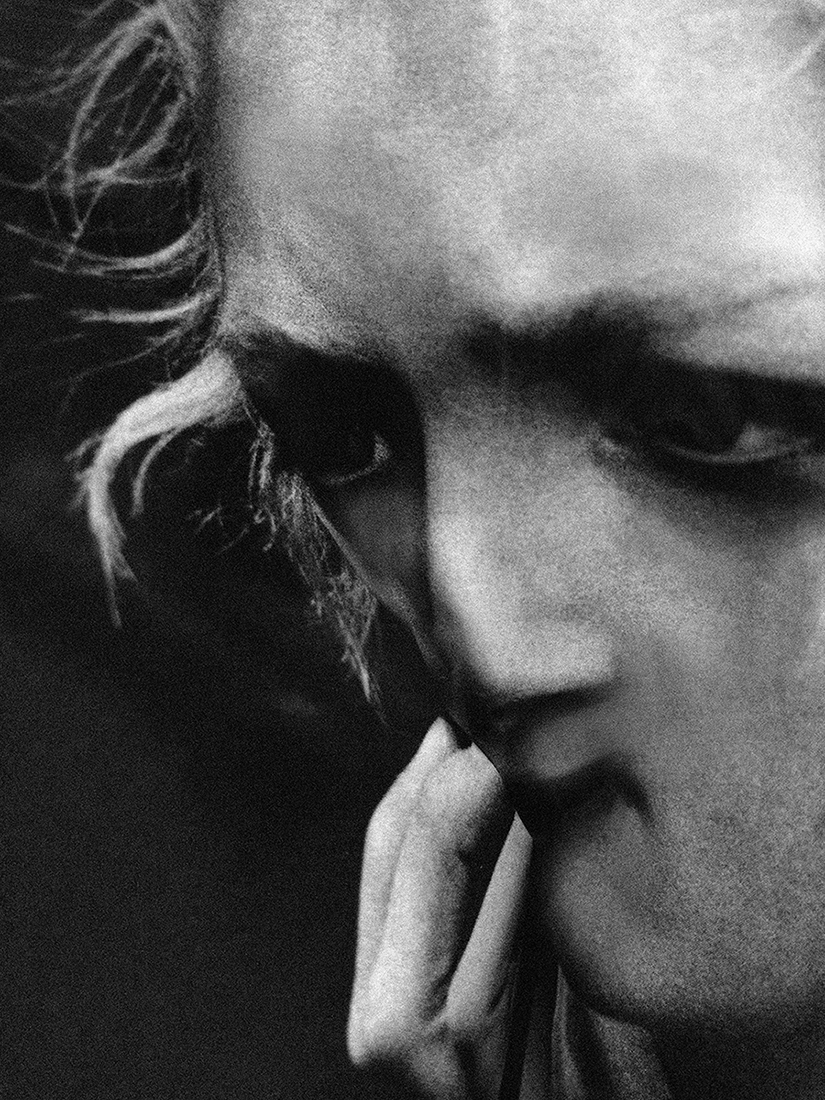 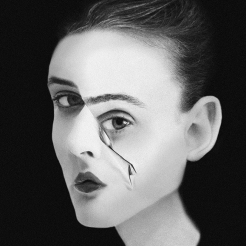 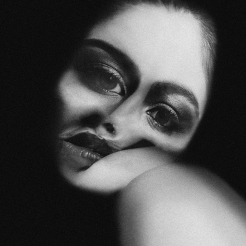 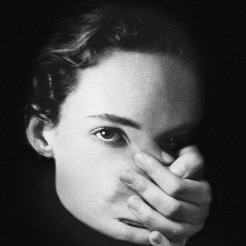 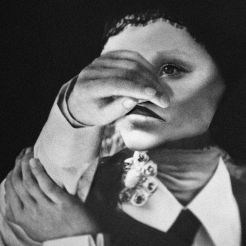 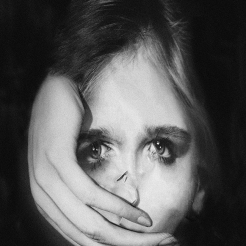 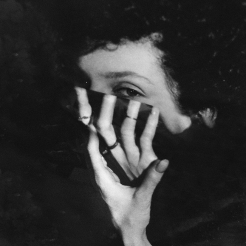 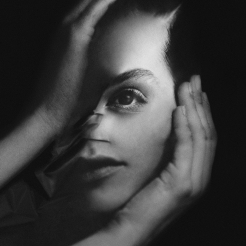 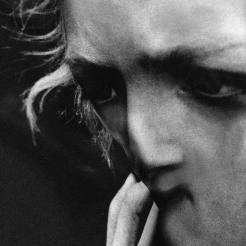 The pictures of the series focus on intimate issues such as inner conflict, wrong self-perception, the human psyche and the pressure exerted by the fashion industry. The work aims at blurring the line between classical portrait photography and fashion photography, to place the human body at the heart of the picture. It provides a bird's eye view of the physical and psychological fragility of the human being, illustrating the gap between people's self-expression and the way they perceive themselves. Other recurrent themes include the exploration of the public and private spheres and the social role of woman. Thanks to an analog manipulation, combined with varied techniques developed by the artist, the digital photographs of the series undergo careful disorders which render the psychological turmoil.