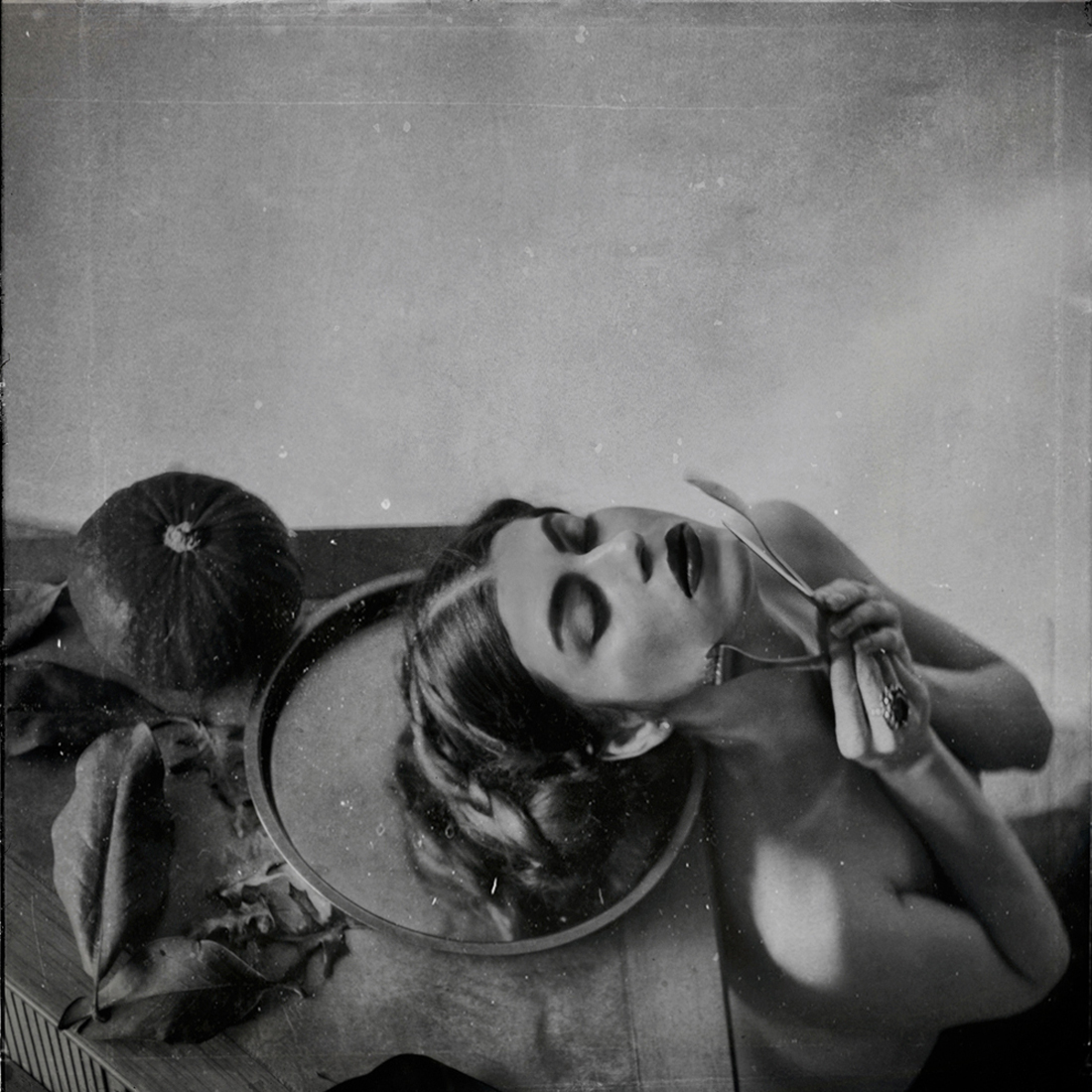 Photo © Angelika Ejtel
TITLE: " I Want To Feed You With Myself"

"I Want To Feed You With Myself" is the first part of the series that I created last year inspired by the words of a famous Polish poet, Halina Poswiatowska :

I tried to work on the motifs of love and desire which are so often present in Poswiatowska's poetry. I associated the metaphorical "feeding" from the poem with physical props using cutlery, the bare body of a woman with food to feed, and the mouth with the way of feeding. The closed eyes refer to eternity.

Angelika Ejtel (alias RapidHeartMovement) was born and raised in Poland. She graduated in French and Romance Philology; later, she accomplished her Ph.D. studies in Modern Philology with specialization in linguistics. She worked at the university for four years as an instructor and researcher before she immigrated to the United States in 2014.

She has been always passionate about the beauty of words, poetry, and profoundly moved by arts, which she had been profoundly ignorant about, including photography. At school, Angelika found immense pleasure in reading books, studying foreign languages, learning poetry by heart, and taking part in recitation contests. It was only a few years ago when she discovered the poetry of a famous Polish poet- Halina Poswiatowska, who inspired most of her work. In October 2013, she published her first portfolio in “Arte Fotogràfica” (issue 61)- international Fine Art Photography Magazine.

The love for Poswiatowska’s poetry and photography soon blossomed into a passionate journey into art and self as her interest in artistic interpretations and depictions grew. She held her first art exhibit in September 2015 at the Festival of Photo MAP in Toulouse, France as a winner of Young Talent competition. Then she started exhibiting extensively worldwide being judged by eminent jurors such as Sarah Krepp (Chicago, IL, U.S.), Zsolt Batori (Budapest, Hungary), Dona Laurita (Louisville, CO, U.S.) or Louise Clements (New York, U.S.). Some of her latest achievements are awarded the third place winner in the GEOMETRY 2016 contest by The New York Center for Photographic Arts in May 2016, the Artistic Achievement by Louisville Art Association at the 25th National Photography Show in June 2016, Louisville, CO, U.S., the First Place Winner in photography category in October 2016 in “Art Hop”- Statewide Arts Competition, Georgetown Art Center, TX, U.S., and a solo exhibition by the Fort Worth Community Arts Center in March 2017.

Angelika uses herself as a subject for her images. She considers her photographic creation as a poetic experience in which she drowns and infuses herself and, as a result, it gives her the feeling that she is reborn with each portrait into a new being. Although, all of her photographs are self-portraits, they shouldn’t be necessarily read as self-presentations, rather they should be revealed as the multiplicity of “selves” available to one individual. To put it succinctly, her attitude towards the self is more of an exploratory journey between an awareness of self and an unawareness of some aspects of oneself.


It must be stressed that all of her pursuits in photography so far, are self-taught, purely intuitive and deeply-rooted in linguistic theories of cohesion in text.
Share
Support this photographer - share this work on Facebook.
< BACK TO GALLERY