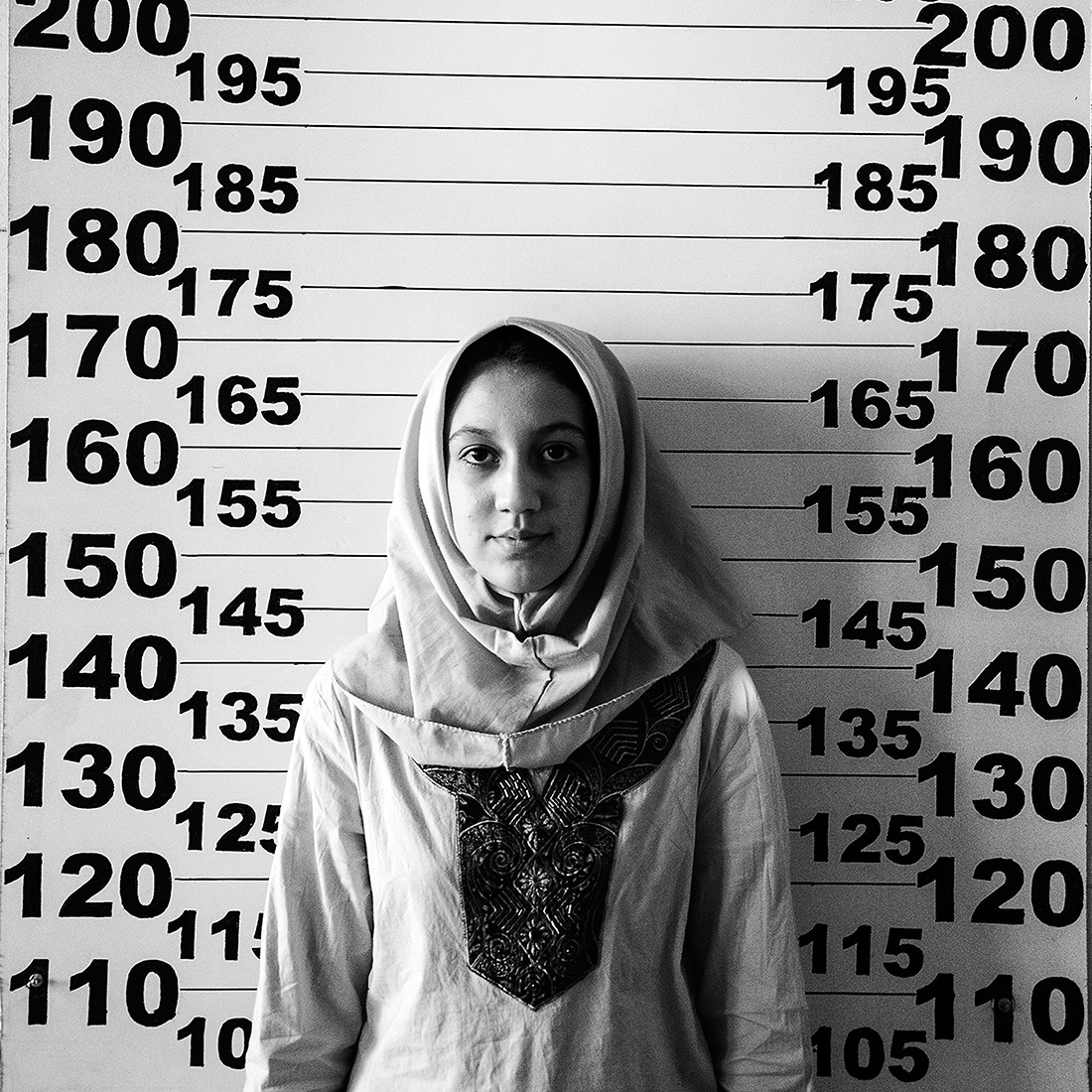 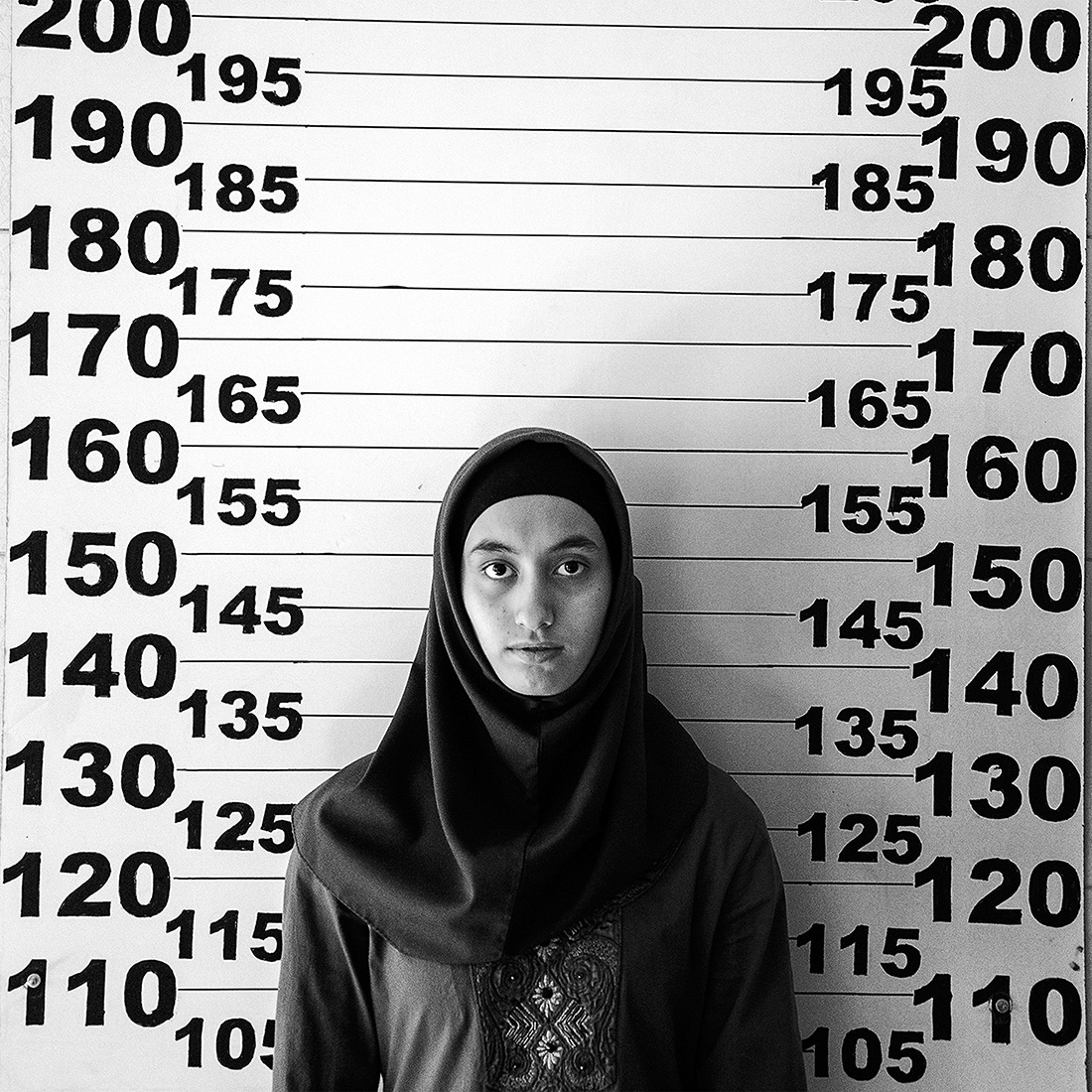 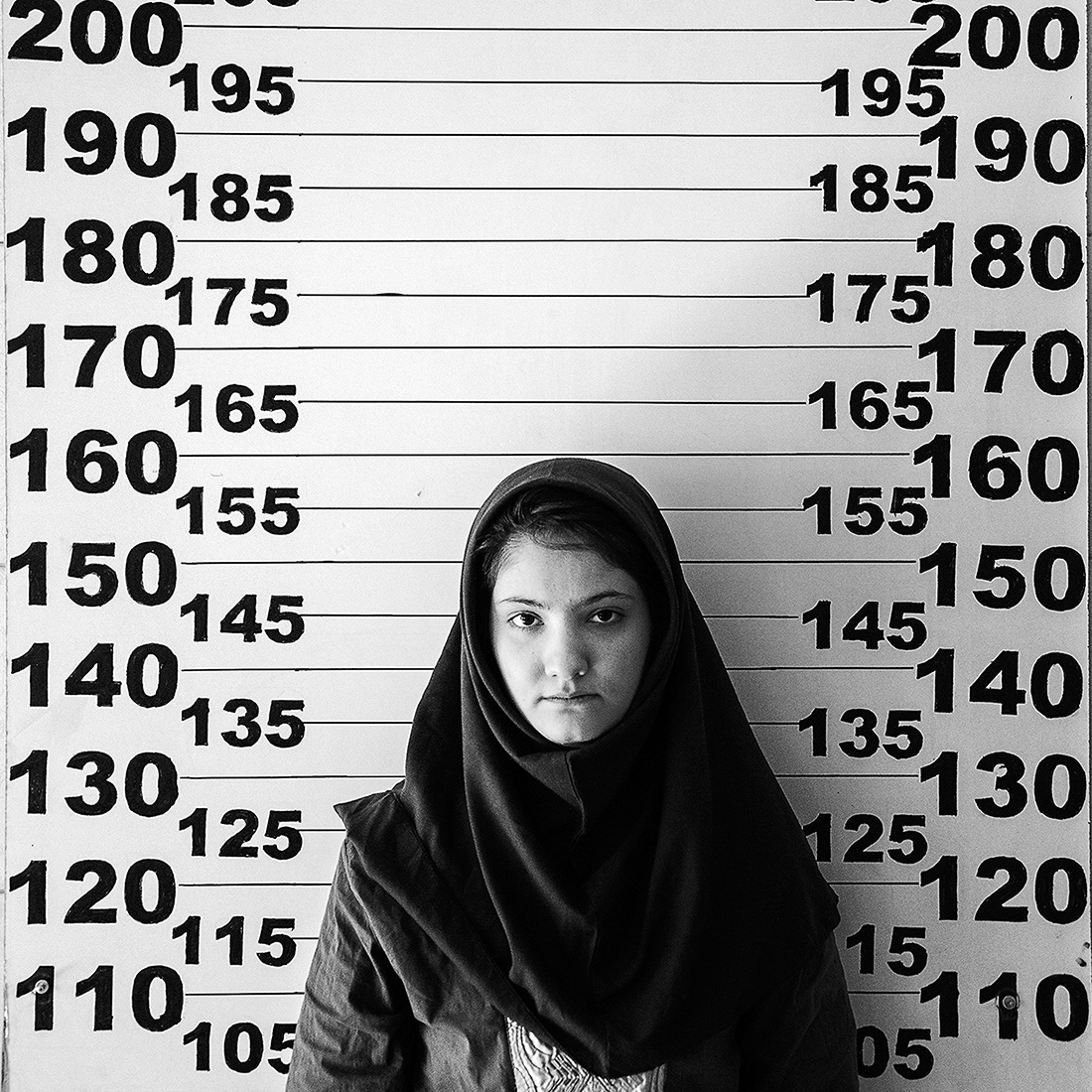 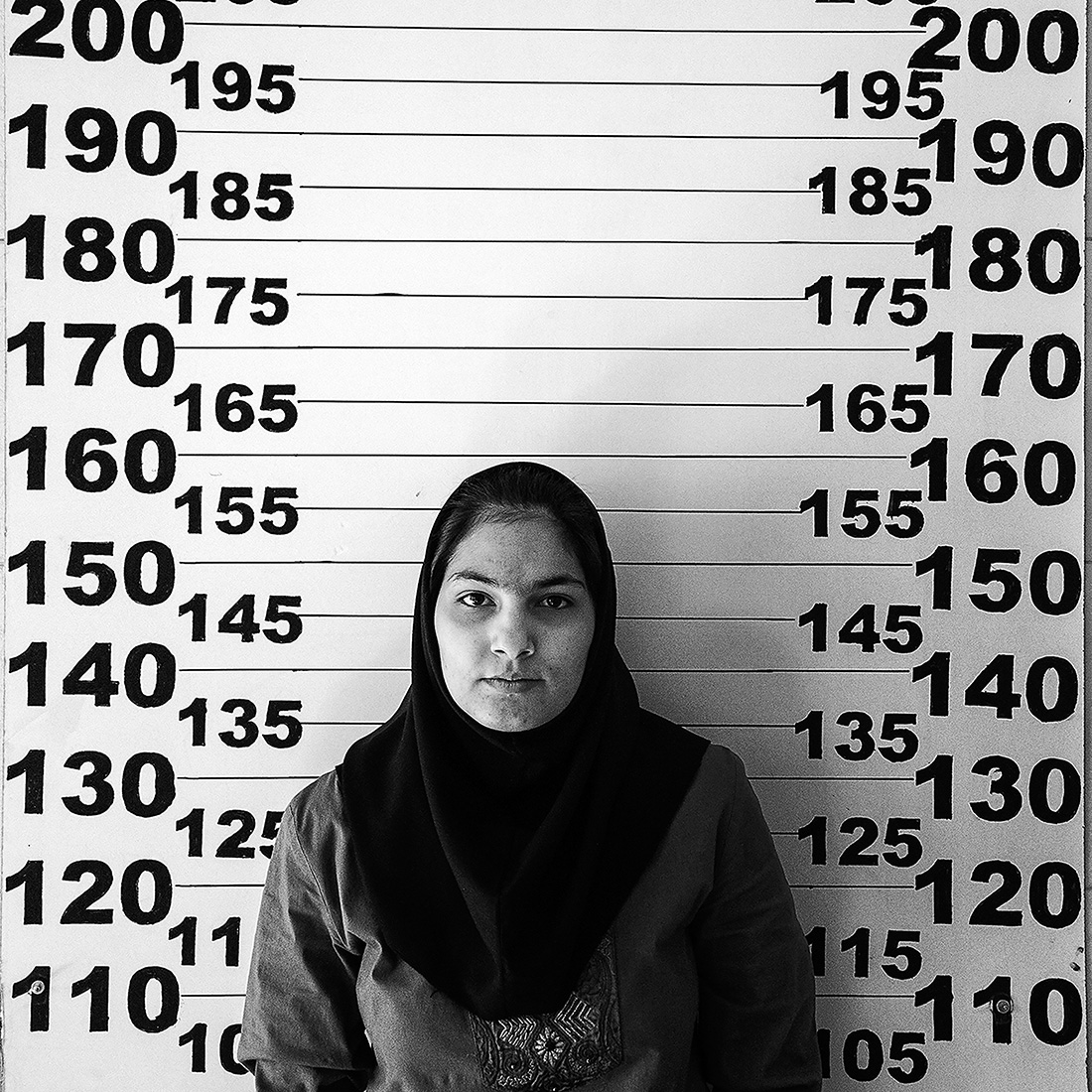 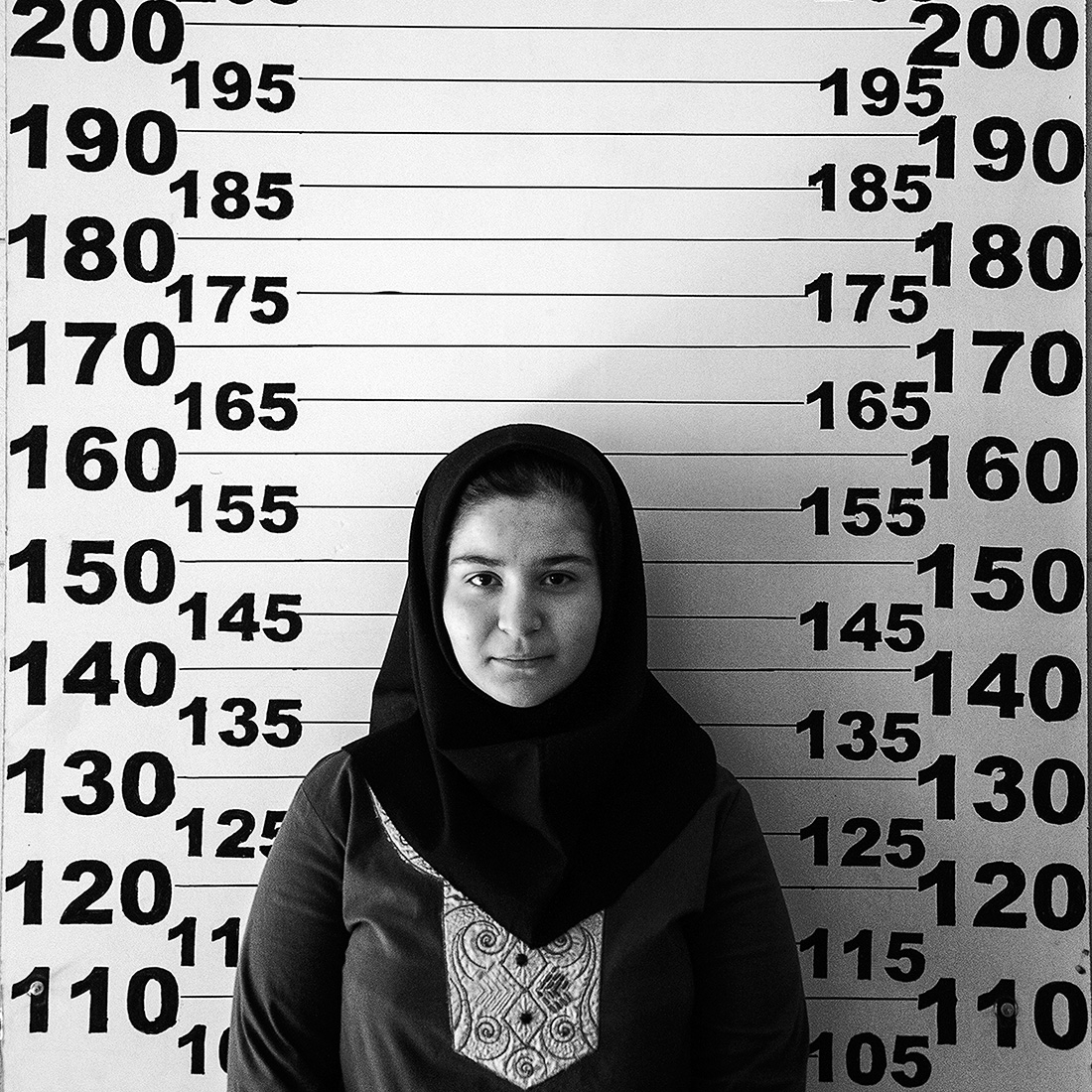 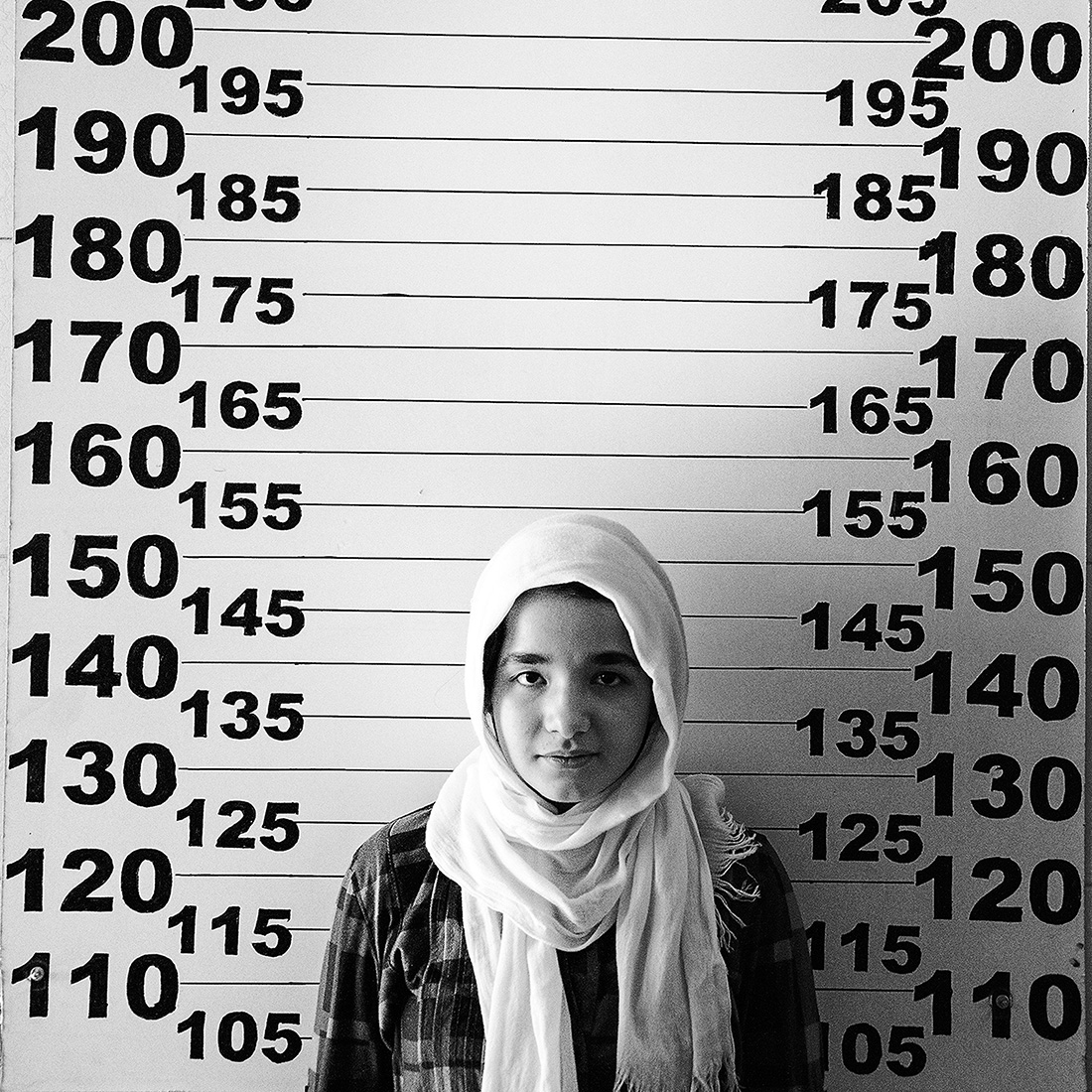 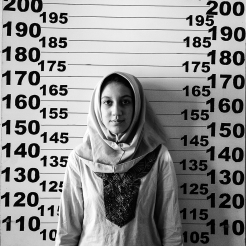 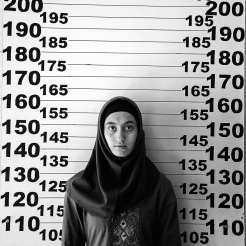 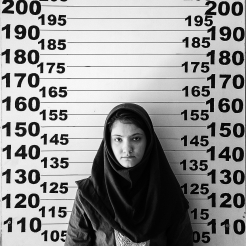 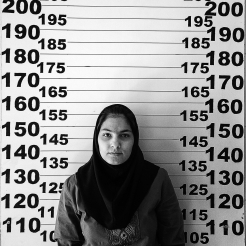 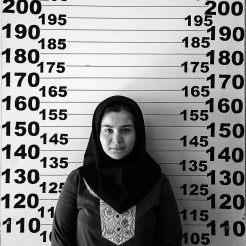 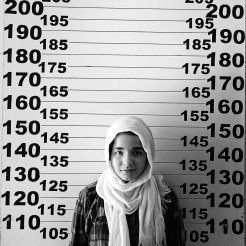 Everywhere in the world, when convicts enter prison, their photos are taken and their face and height are recorded in them. These photos will be the last photos of these girls if the next of kin of the victims do not take back their complaint.
In Iran, death penalty is given to the children for the crimes such as murder, drug trafficking, and armed robbery. According to the Islamic Penal Law, the age when girls are held accountable for their crimes is 9 years old, while the international conventions have banned the death penalty for individuals under 18.
Pursuant to the passing of new laws in the recent years, the Iranian Judiciary System detains children in Juvenile Delinquents Correction Centre after their verdict. Those with minor crimes are freed after spending their term and those who are sentenced to death are hanged after reaching 18 if the next of kin (private complainants) do not take back their complaints.
1- Nazanin is 16. She was arrested about 6 months ago for the possession of 651 grams of cocaine.

2-Somayyeh is 17. Her father kept beating her mother after using narcotics excessively. It always happened after he used drugs. Somayyeh, her sister, and her mother decided to kill the father. They killed him one night and buried his body in the flowerbed in the yard. The body was discovered a few years later and they confessed to their crime. Her sister and mother are in the prison for adults and Somayyeh is in the prison for children under 18. Her grandmother has requested hanging for the three of them.

3- Ghazal is 17. Her stepfather forced her to sell drugs in Tehran parks. She was arrested by the police and taken to Juvenile Detention. She has a 3-year-old daughter and her husband has banned her from seeing her daughter.

4- Sanaz is 17. She and her boyfriend extorted money with cold and warm weapons. They took taxi drivers out of the city and extorted all their money and savings. They used warm weapons a few times and wounded some drivers.

5- Mahsa is 17. She falls in love with a boy and intends to marry him, but her father is against the marriage. One day she has an argument with her father, and she and her mother decide to kill the father. Mahsa kills her father with a kitchen knife, and now her brothers are requesting death penalty or lex talionis for her and her mother.

6- Khatereh is 13. She was sexually abused by her uncle, so she decided to run away from home. One week later, a few youths attacked her in a park in Tehran to gang rape her. To save herself, she wounded her arm with a knife. The police officers found her unconscious on the ground. And after treatment, she was transferred to Juvenile Delinquents Correction Centre. She will be released in 2 months and return home.