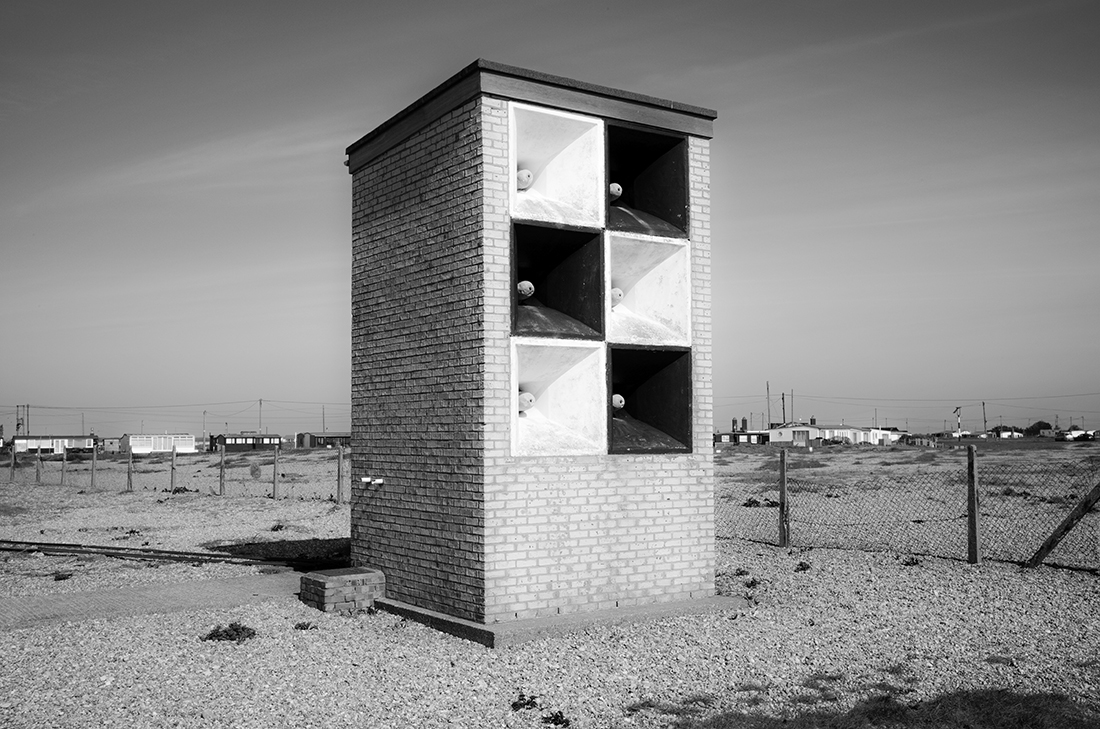 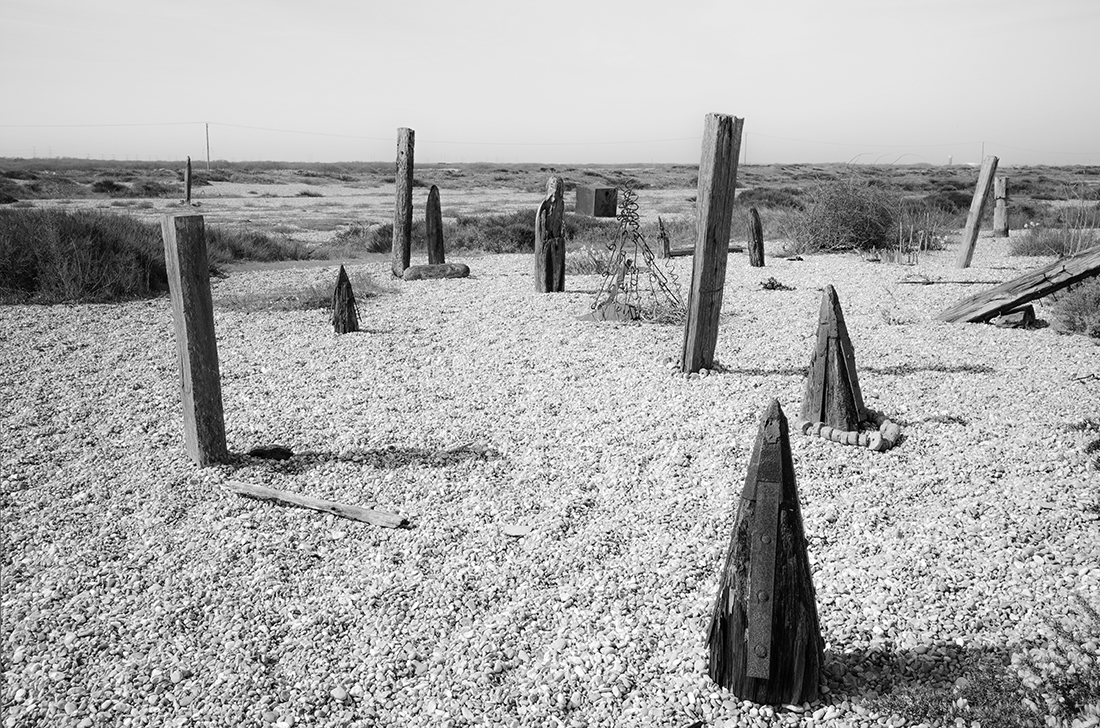 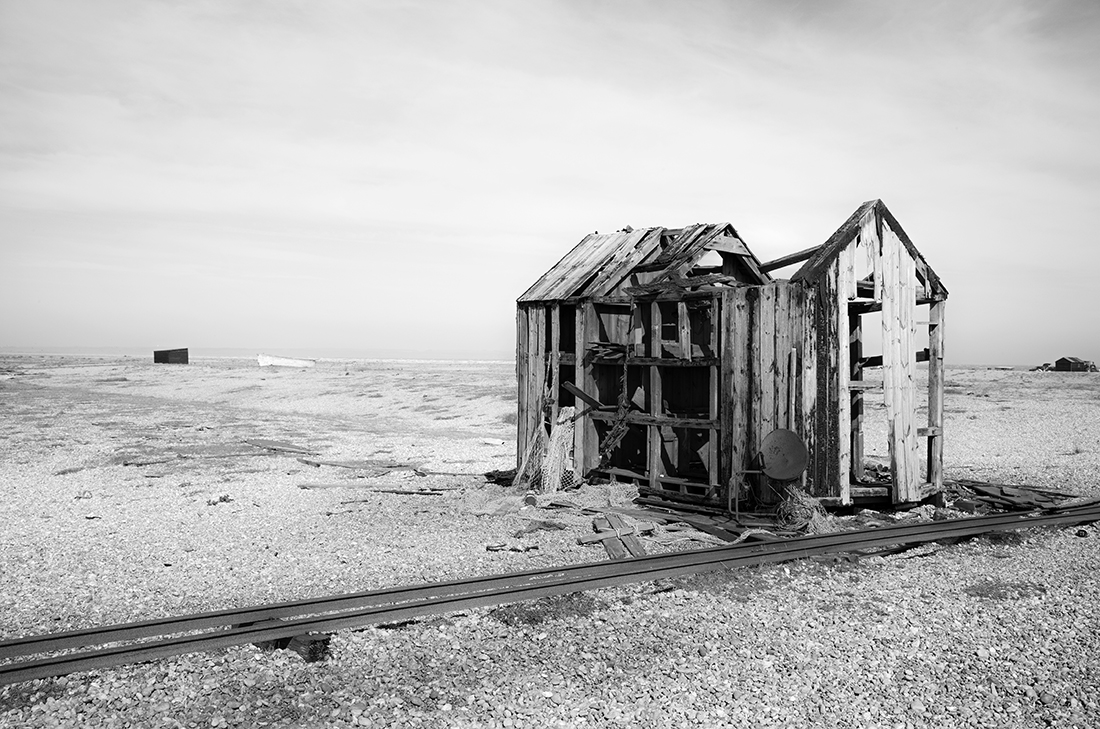 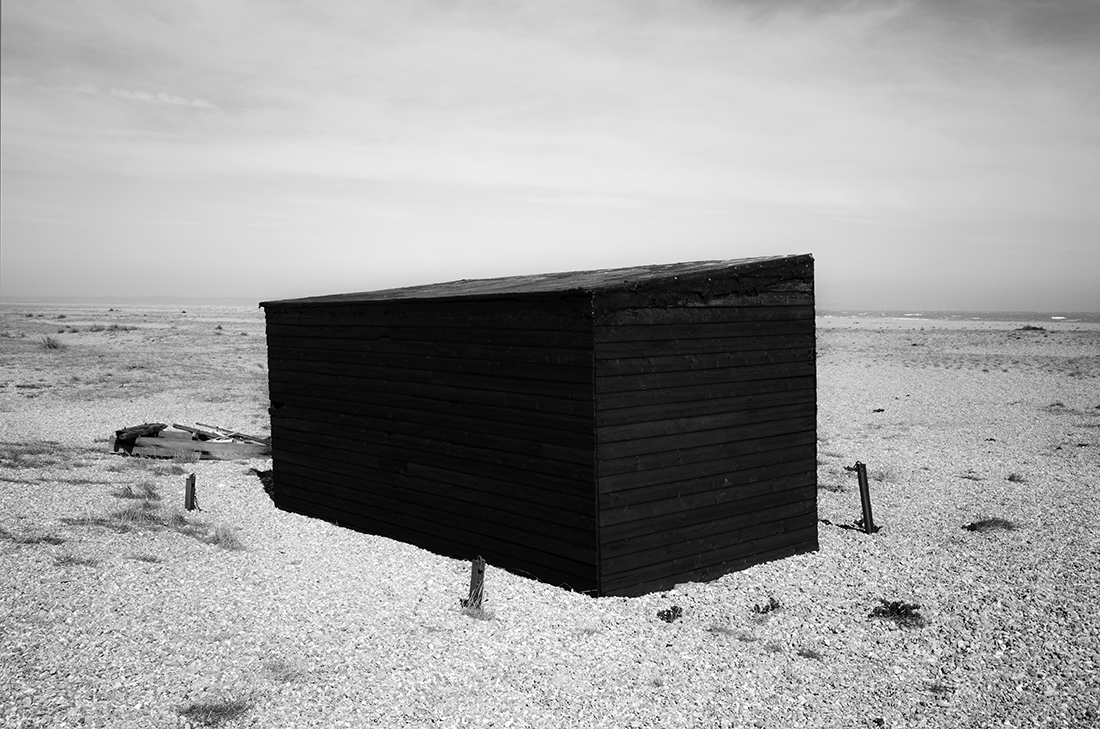 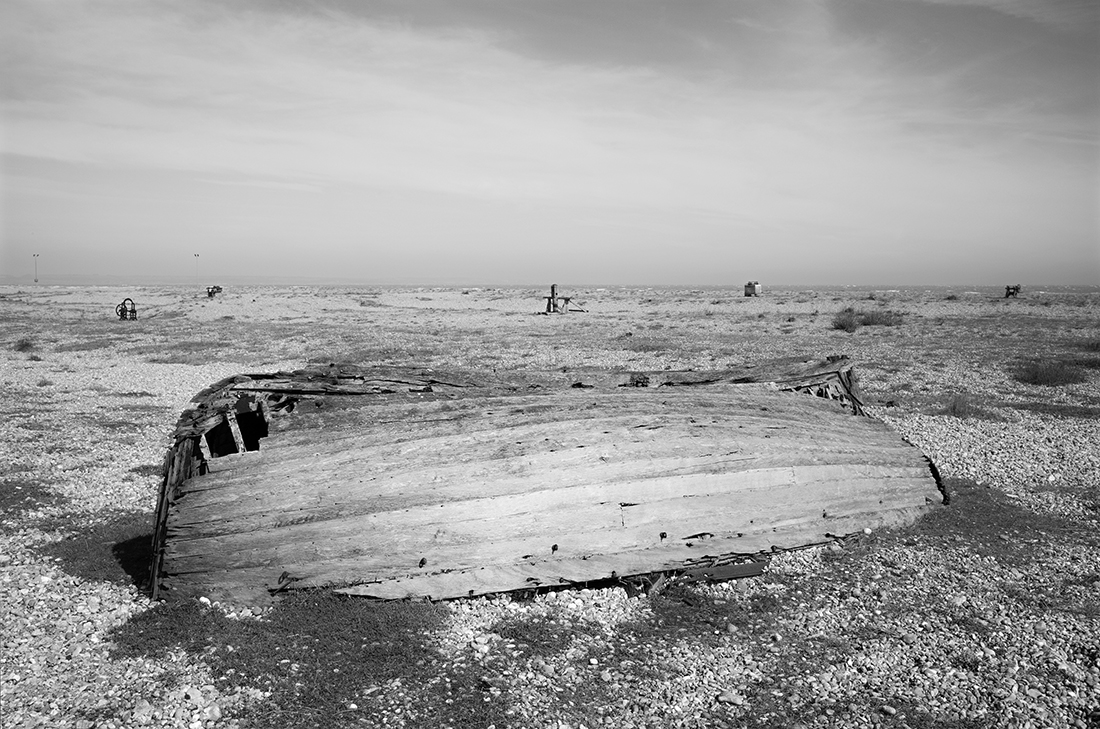 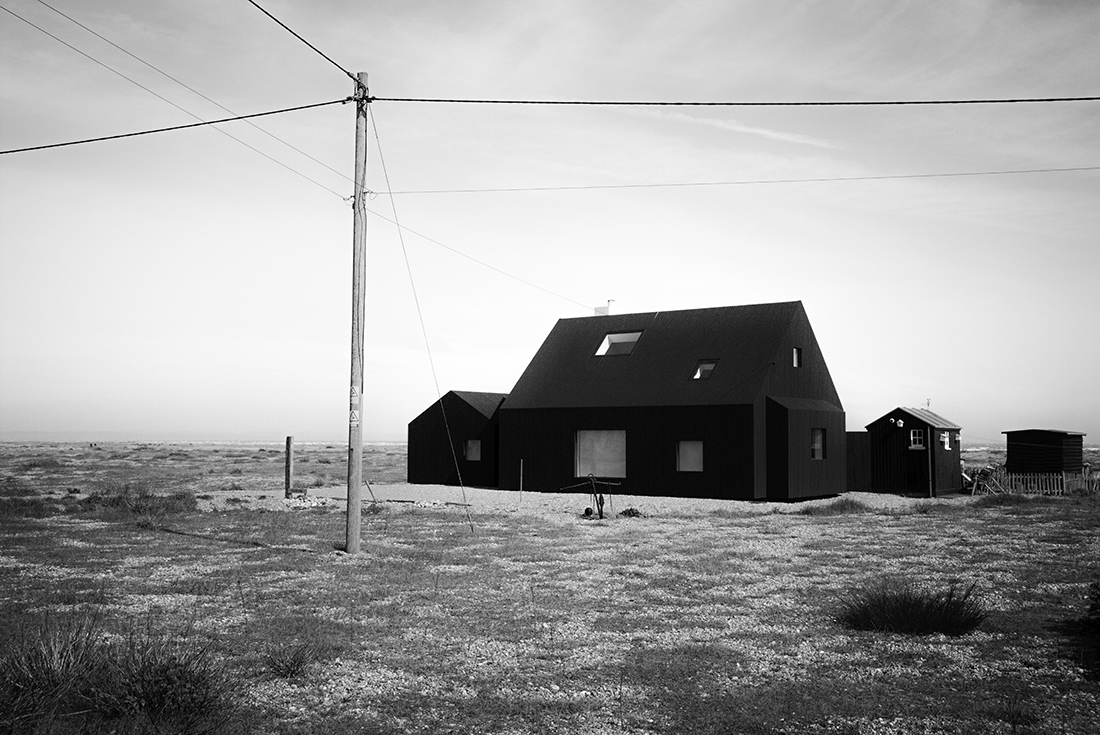 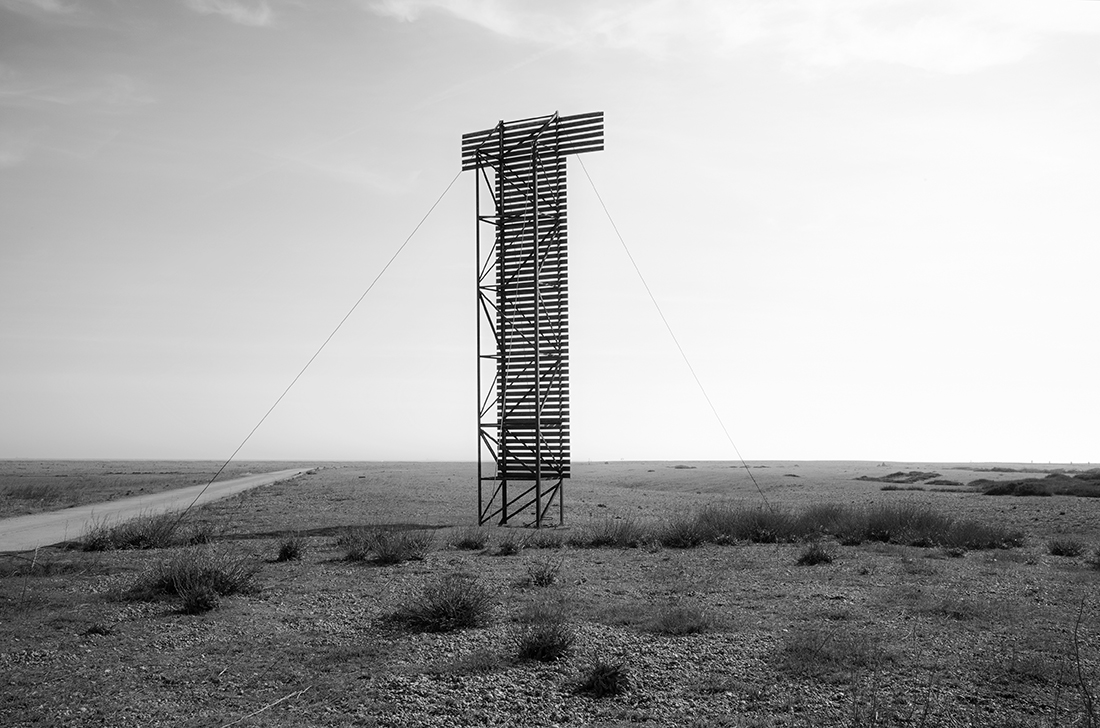 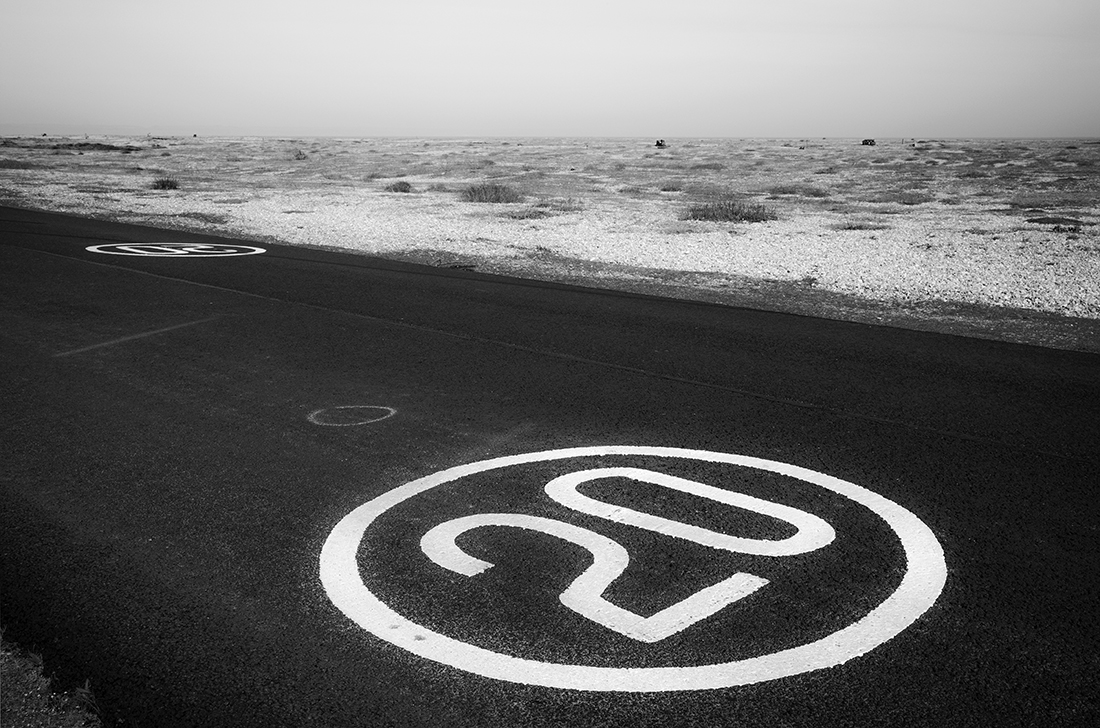 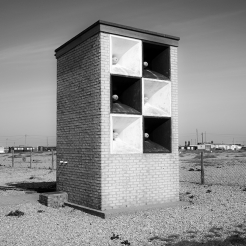 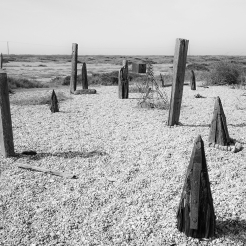 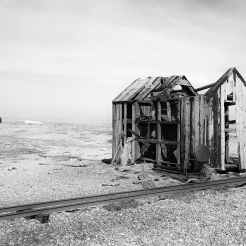 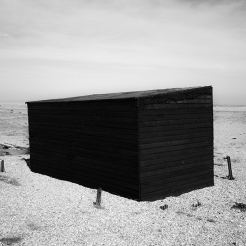 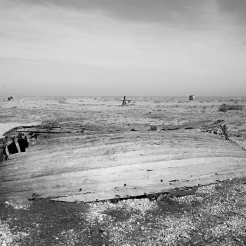 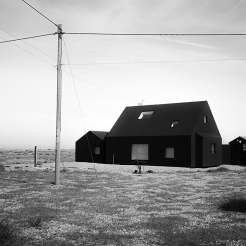 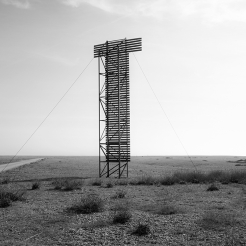 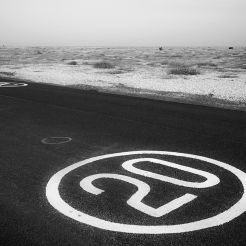 ‘The only desert’ in the United Kingdom, Dungeness, an exposed headland jutting out into the English Channel on the far south east coast of the county of Kent, is one of the largest areas of shingle in Europe and a flat low-lying promontory of international conservation importance.

Arriving at Dungeness, the nuclear power station, built in 1983, dominates a unique landscape described variously as post-apocalyptic and somewhere like the Wild West. The sense of space and emptiness is immediately noticeable and felt.

Dotted around the headland are traditional cottages set amongst contemporary residential conversions, the decaying remains of yesterday’s fishing industry and the huts and containers used by today’s fleet of fishermen. Curious buildings and structures betray the area’s location as a guardian and outlook for shipping travelling through this busy and crowded stretch of sea between England and France.

Dungeness has featured on the cover of a Pink Floyd album and in a Lighthouse Family video, was the home of the art house film-maker Derek Jarman in the 1990’s and plays host to a third of all the plant species found in the British Isles.

Education/Training
1974–1977: London College of Printing (now the London
College of Communication, part of the University of the Arts)
Higher National Diploma in Creative Photography – Distinction.

1972–1974: Indenture training as a journalist with a local newspaper, The Kent and Sussex Courier.