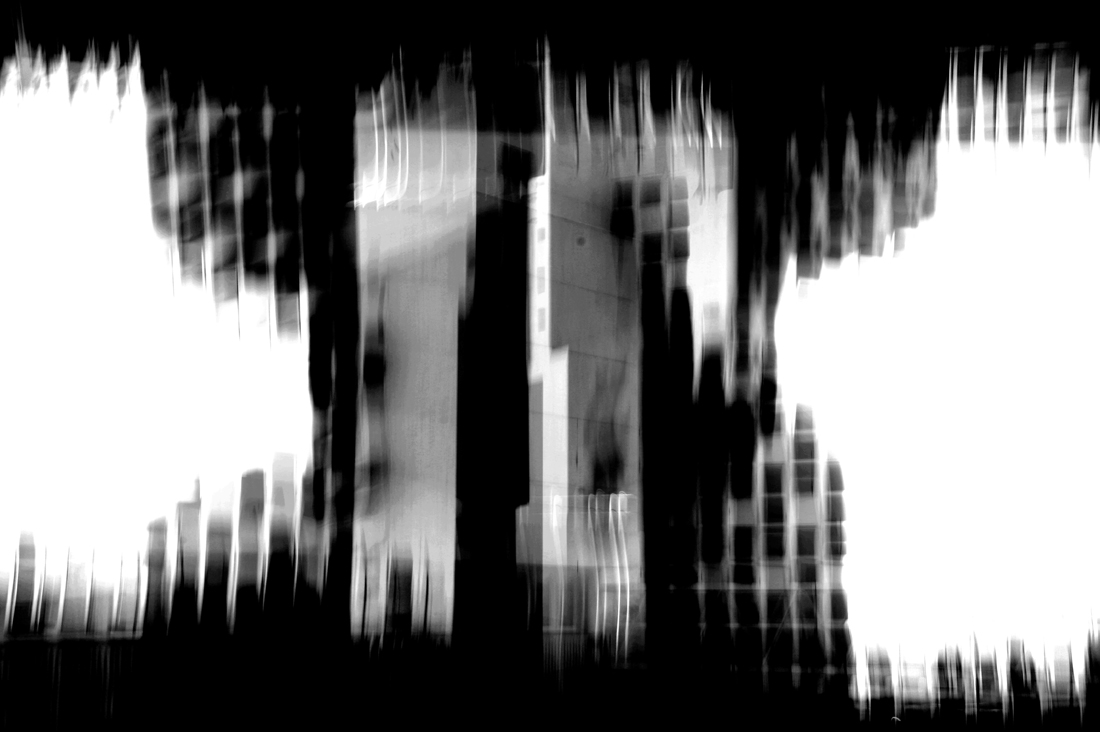 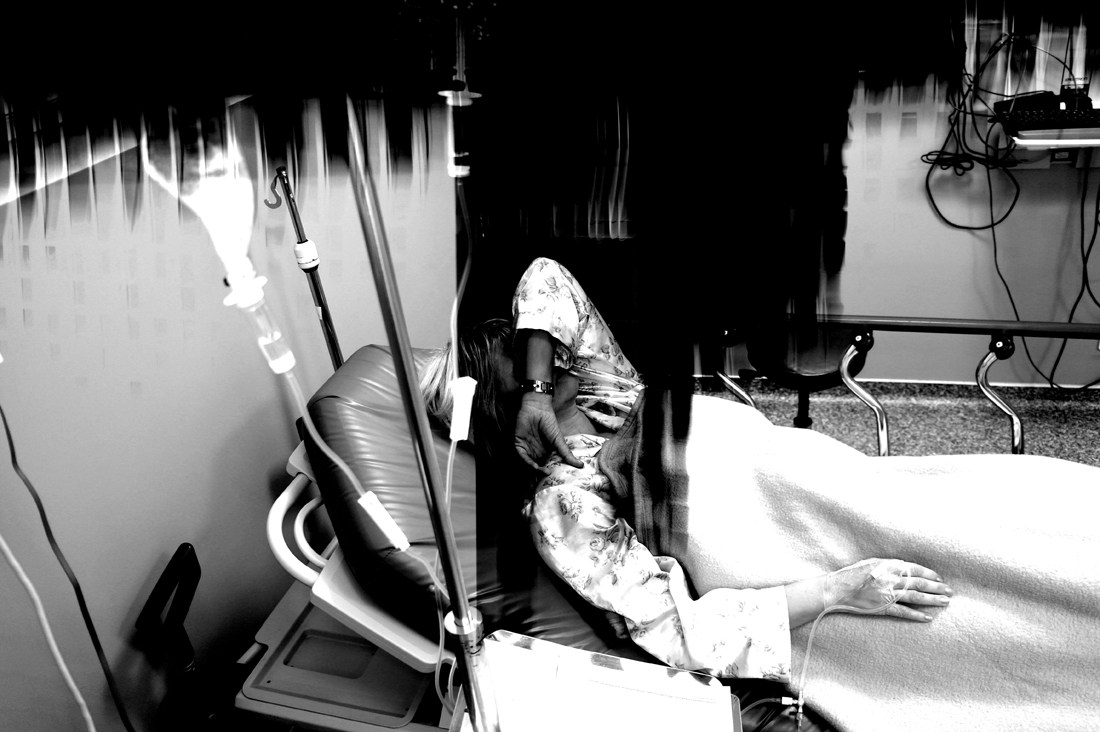 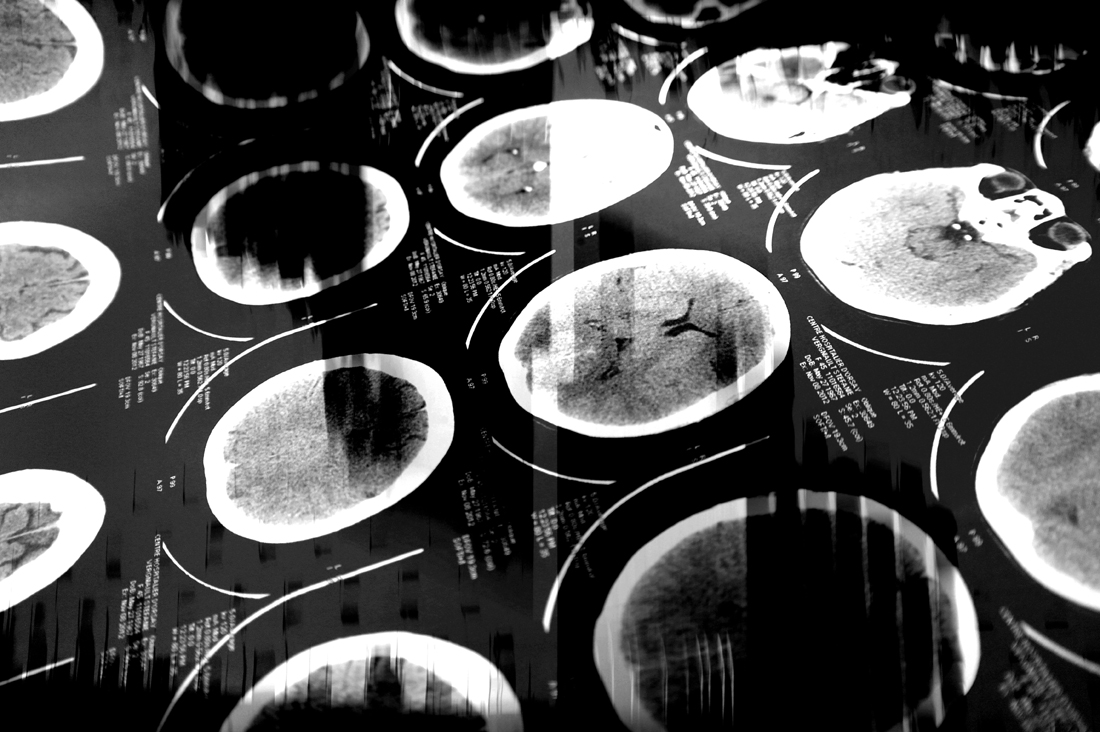 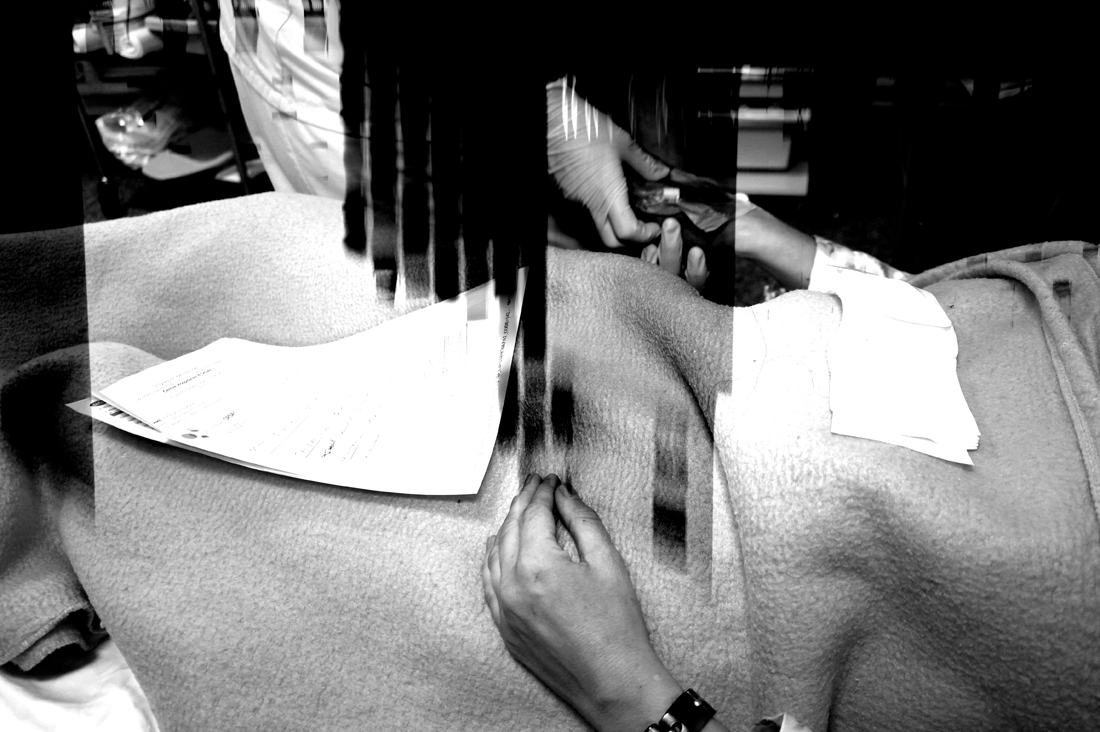 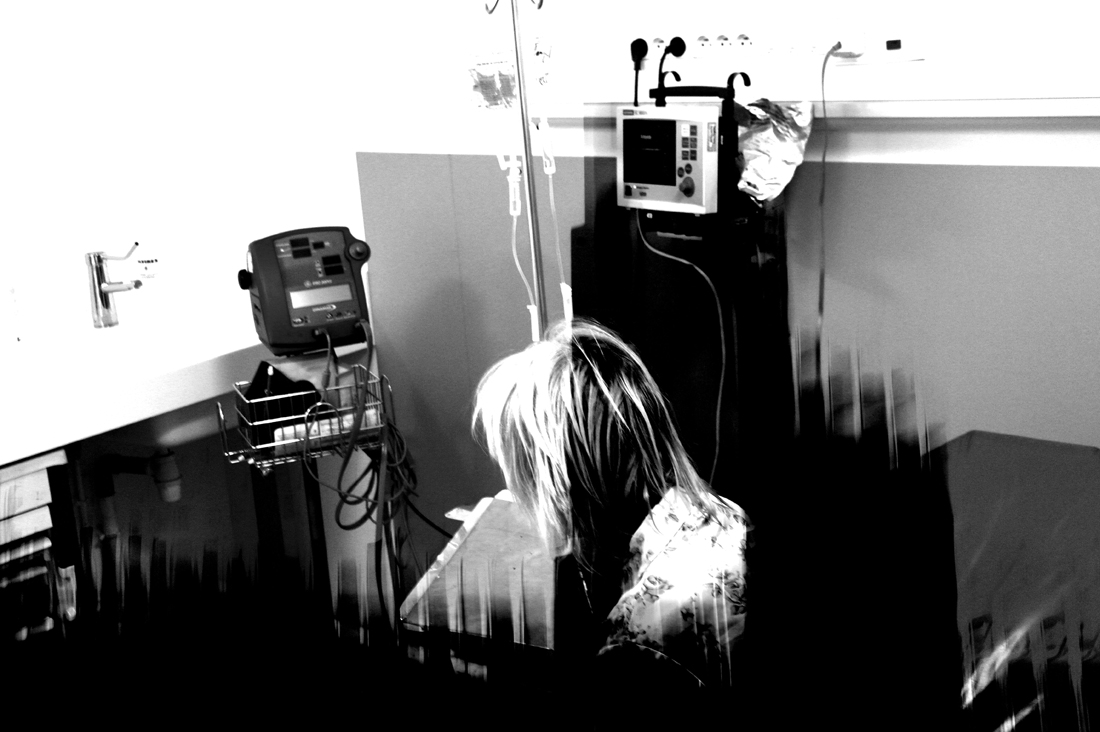 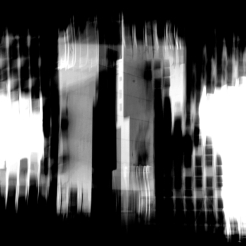 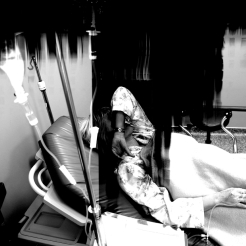 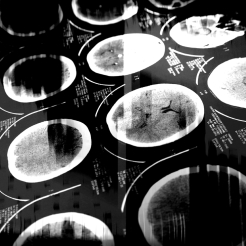 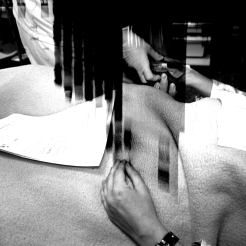 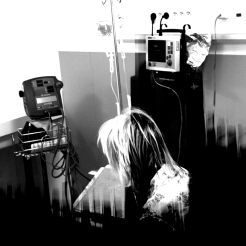 TITLE: Inside Phase (woman in crisis)

My girlfriend was diagnosed with an inner ear disorder called “Ménière's disease”. This disorder affects her hearing while causing her attack cases of vertigo, nausea and even vomiting. These symptoms are accompanied by blood pressure and anxiety.
These photos show her in the emergency room after she had her first time severe crisis that led to the diagnosis.
The images are merged with layers that represent something like motion graphic bars or traces. They are not meant to be an aesthetic montage only, but a conceptual visual association that represents the symptoms of the disease itself. These layers form a mass of audio/visual disturbances by constructing a field of waves related directly to the pressure, the noises inside the ear and the dizziness that follows. The disease becomes a symbolic visual pollution that attacks the images themselves through these invading graphic interferences of black bars.

For you dear Stef, in the hope that you will get over it.

I was born in Beirut - Lebanon in 1977. I wanted to be a graphic designer in the purpose to design CD booklets and posters. In 1995 i went to Brussels for two years to study Typography and Graphic Design at La Cambre (school of visual arts in Brussels). After it, i returned to my country and had my degree in Mass Media - Publicity at the Lebanese University. In 2001 i moved to France where i live now, and had my master degree in Communication-Publicity. Then i dropped all my publicity studies out of interest, but the passion to produce an image was still a need inside me, so i turned naturally into photography. In 2012 i had my degree in Fine Arts - Photography at the University of Paris 8.
Share
Support this photographer - share this work on Facebook.
< BACK TO GALLERY