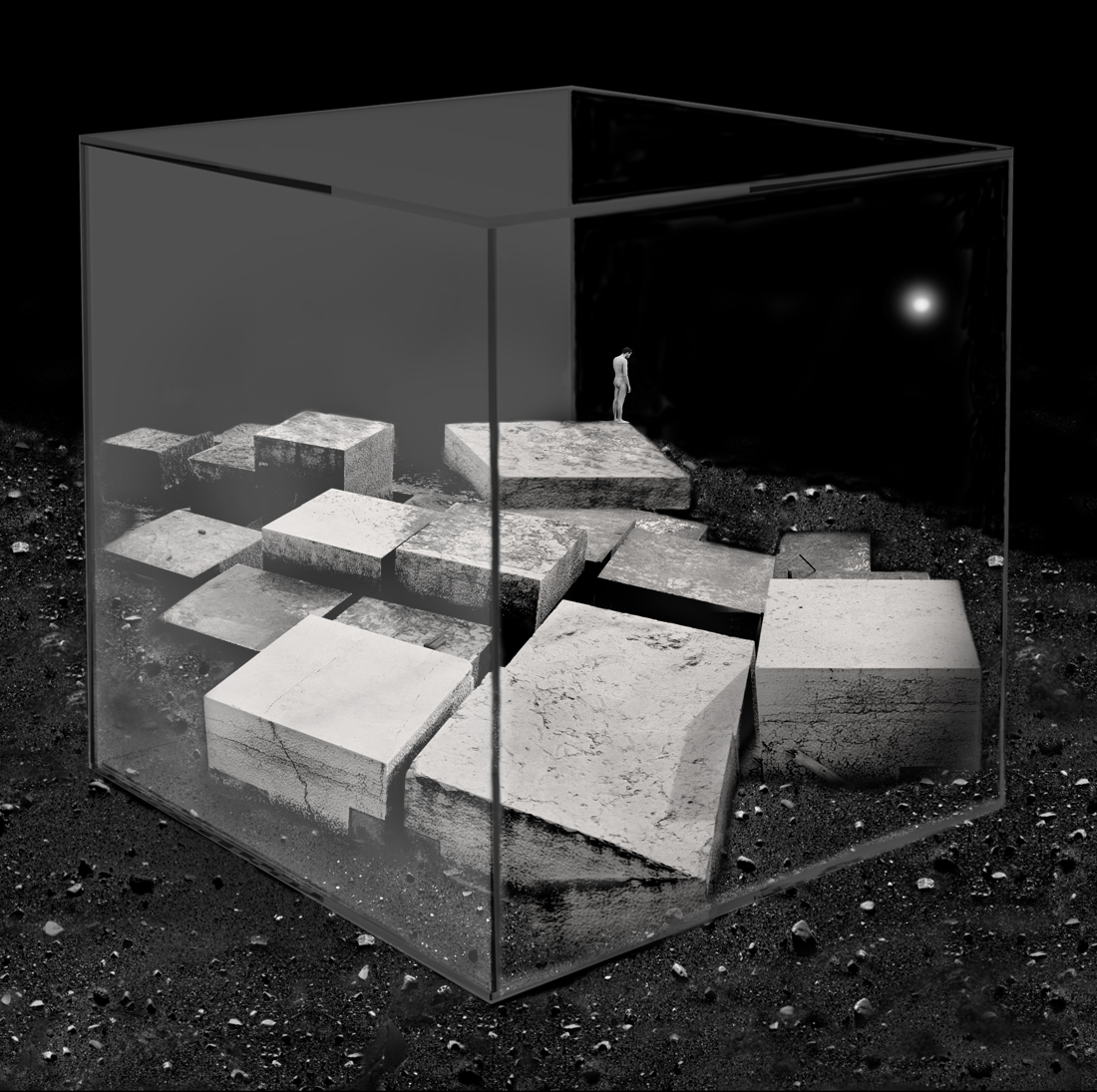 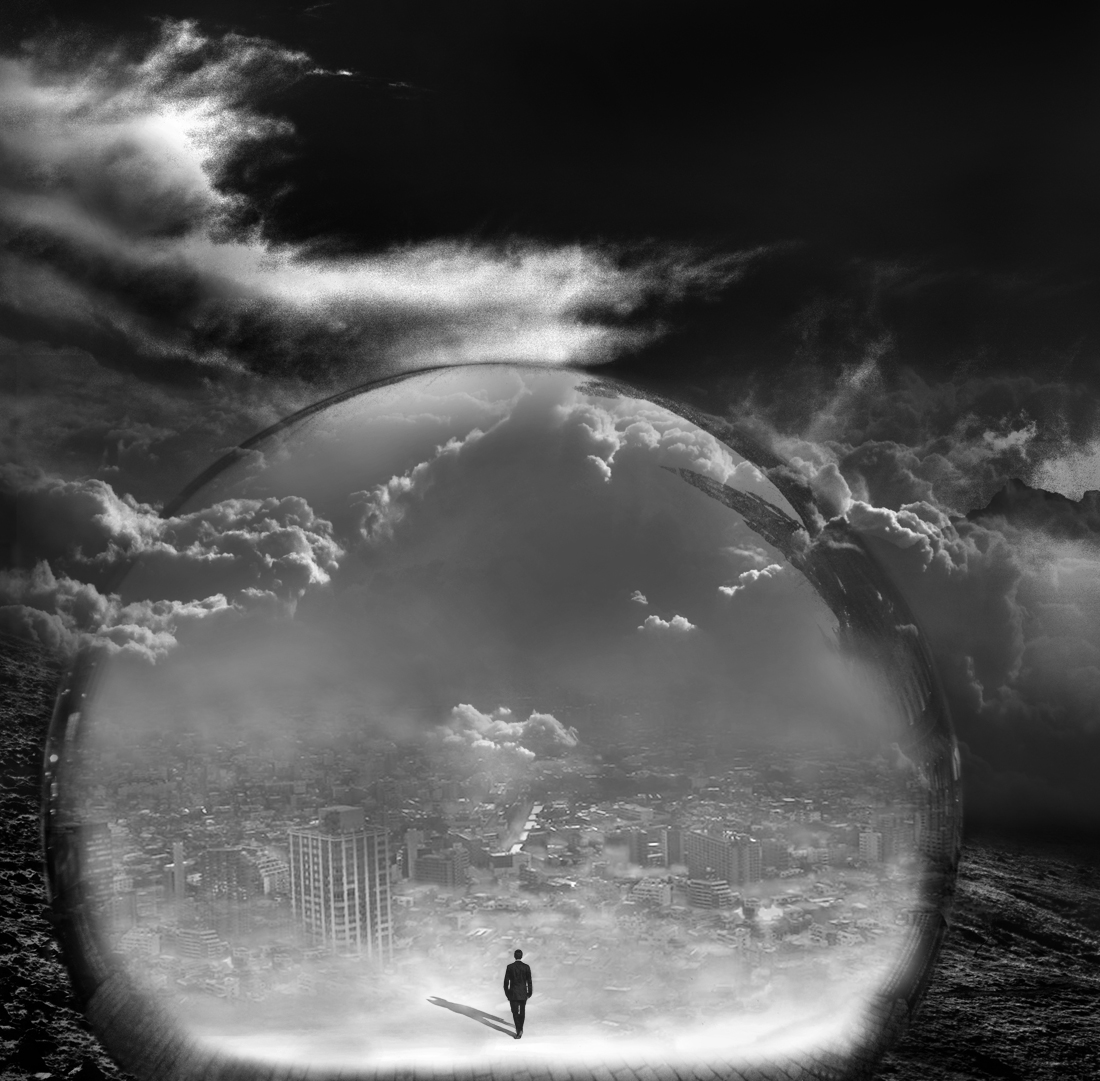 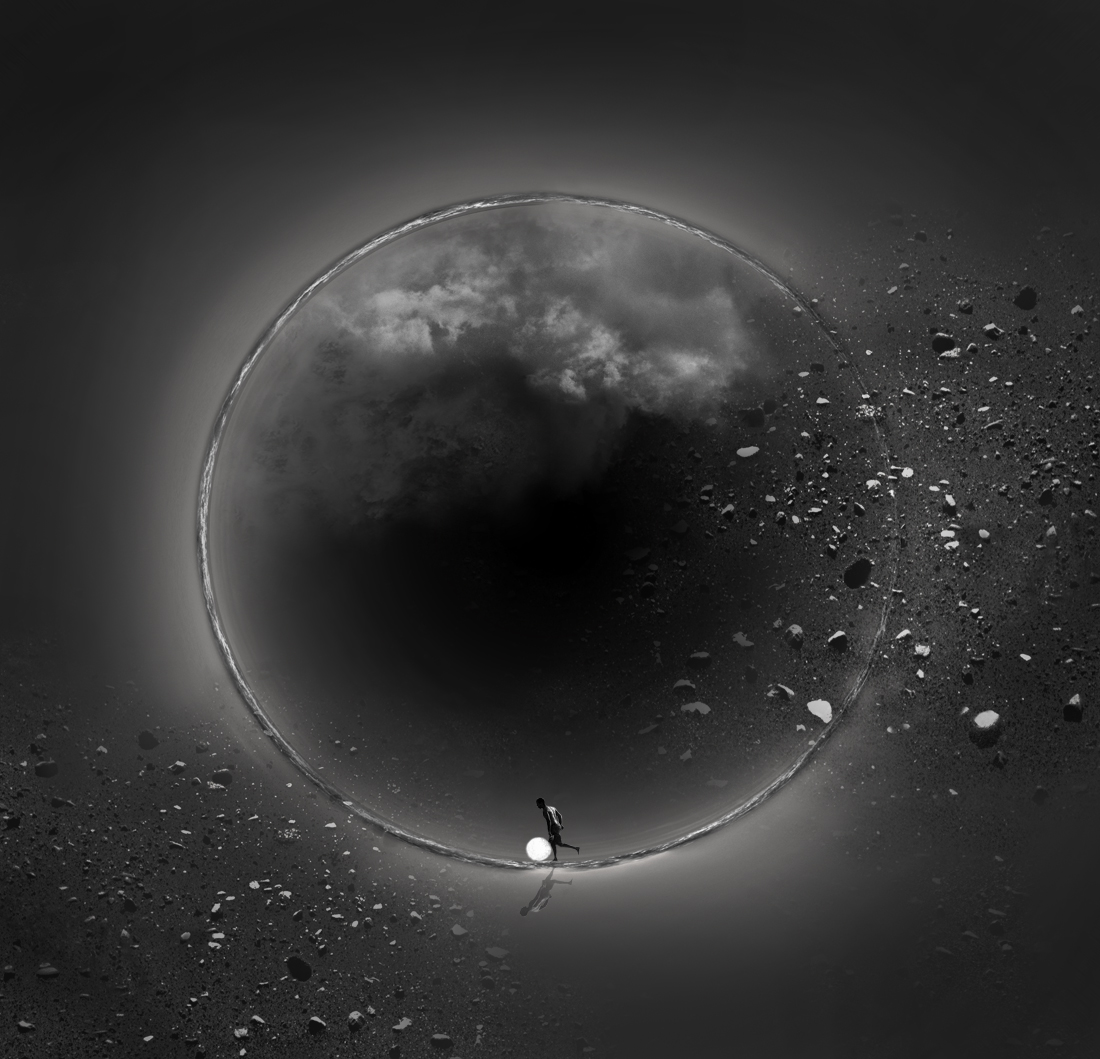 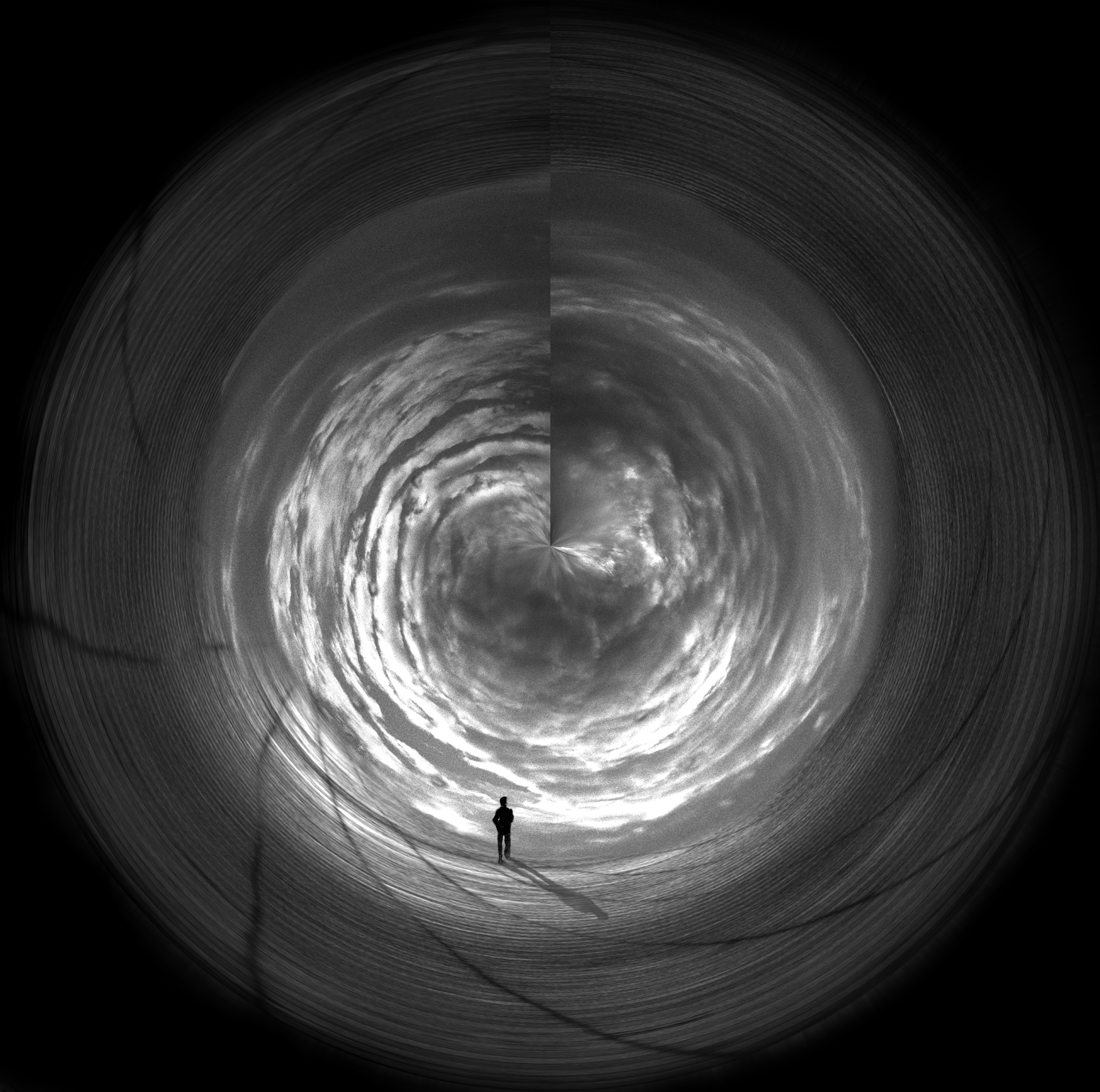 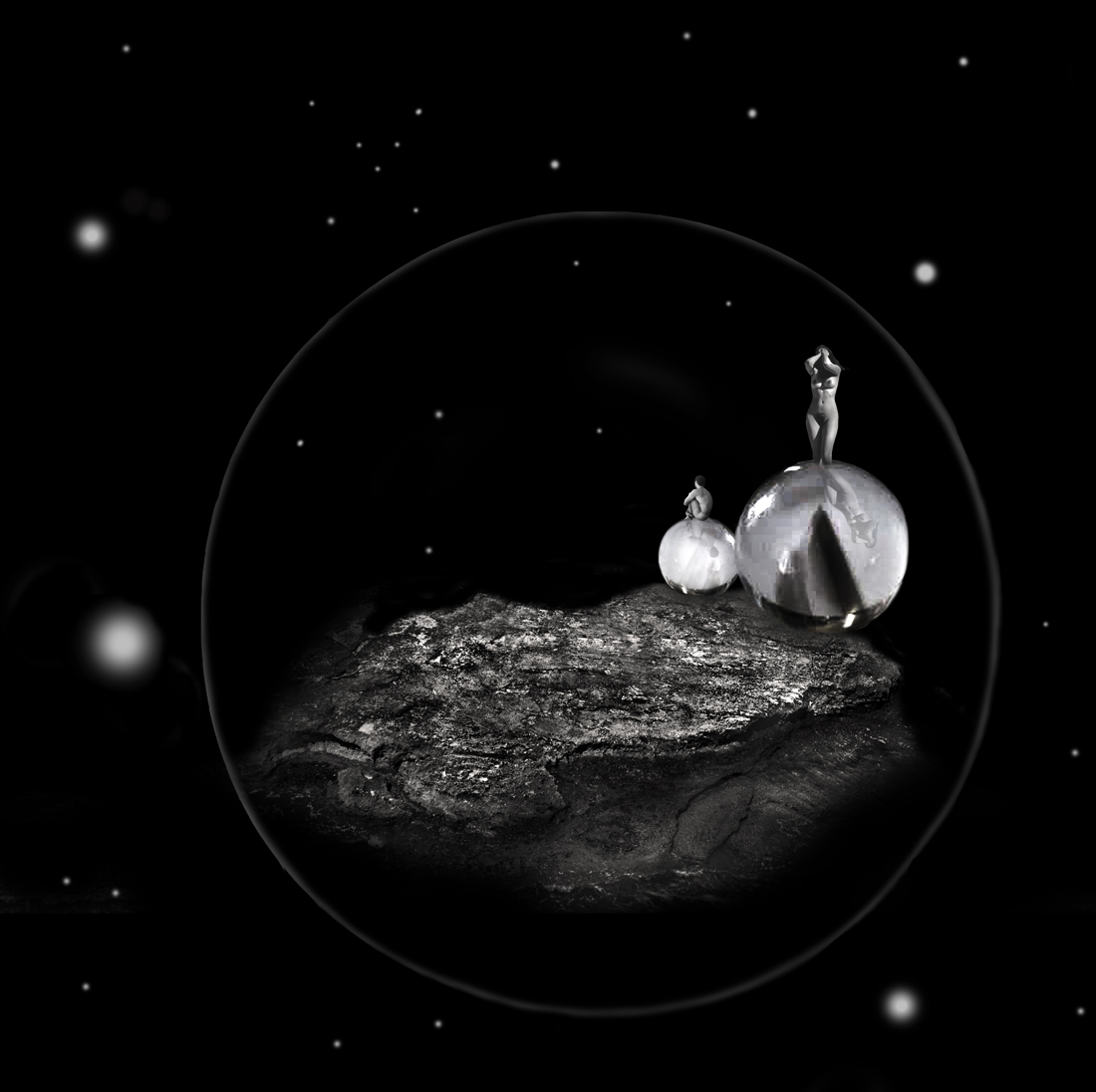 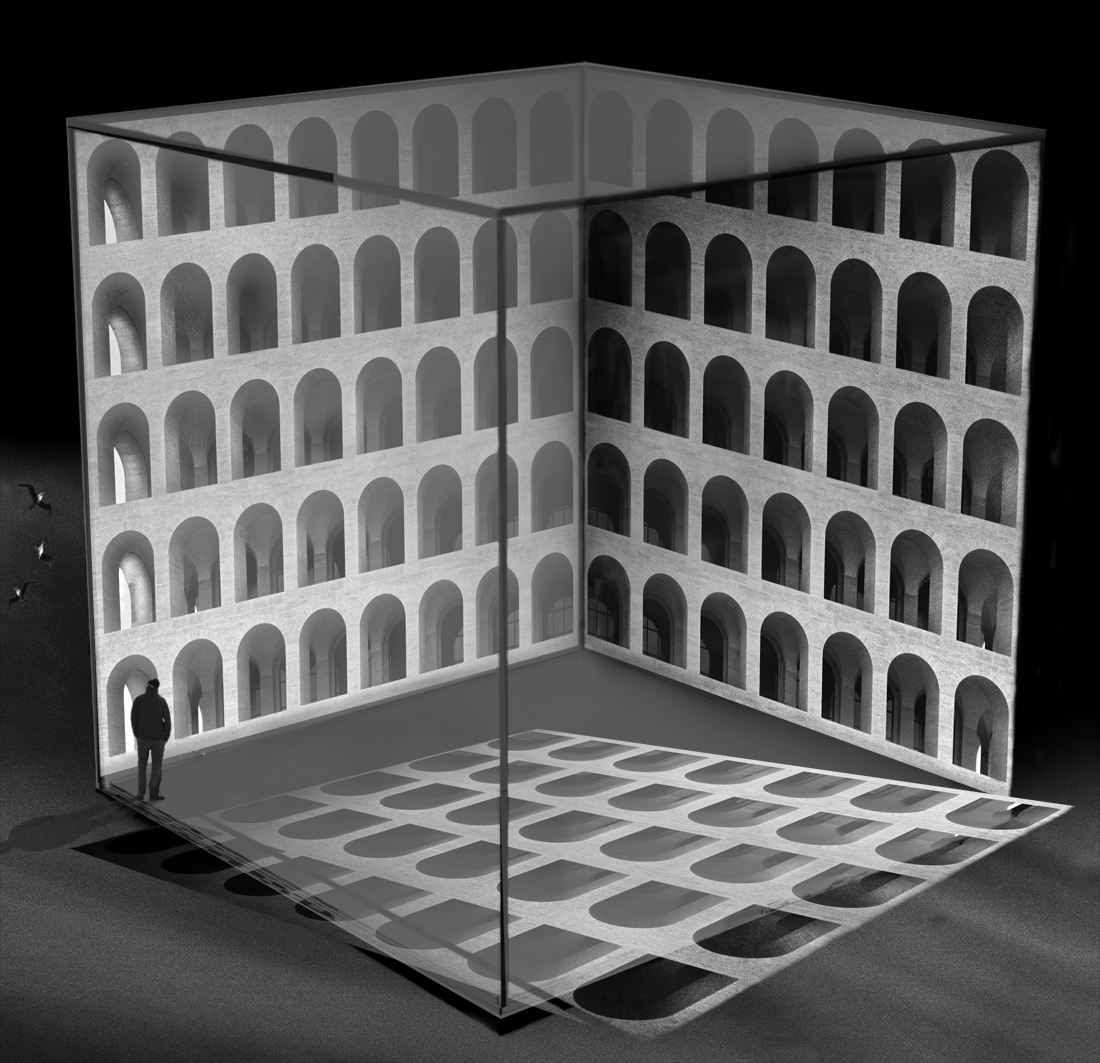 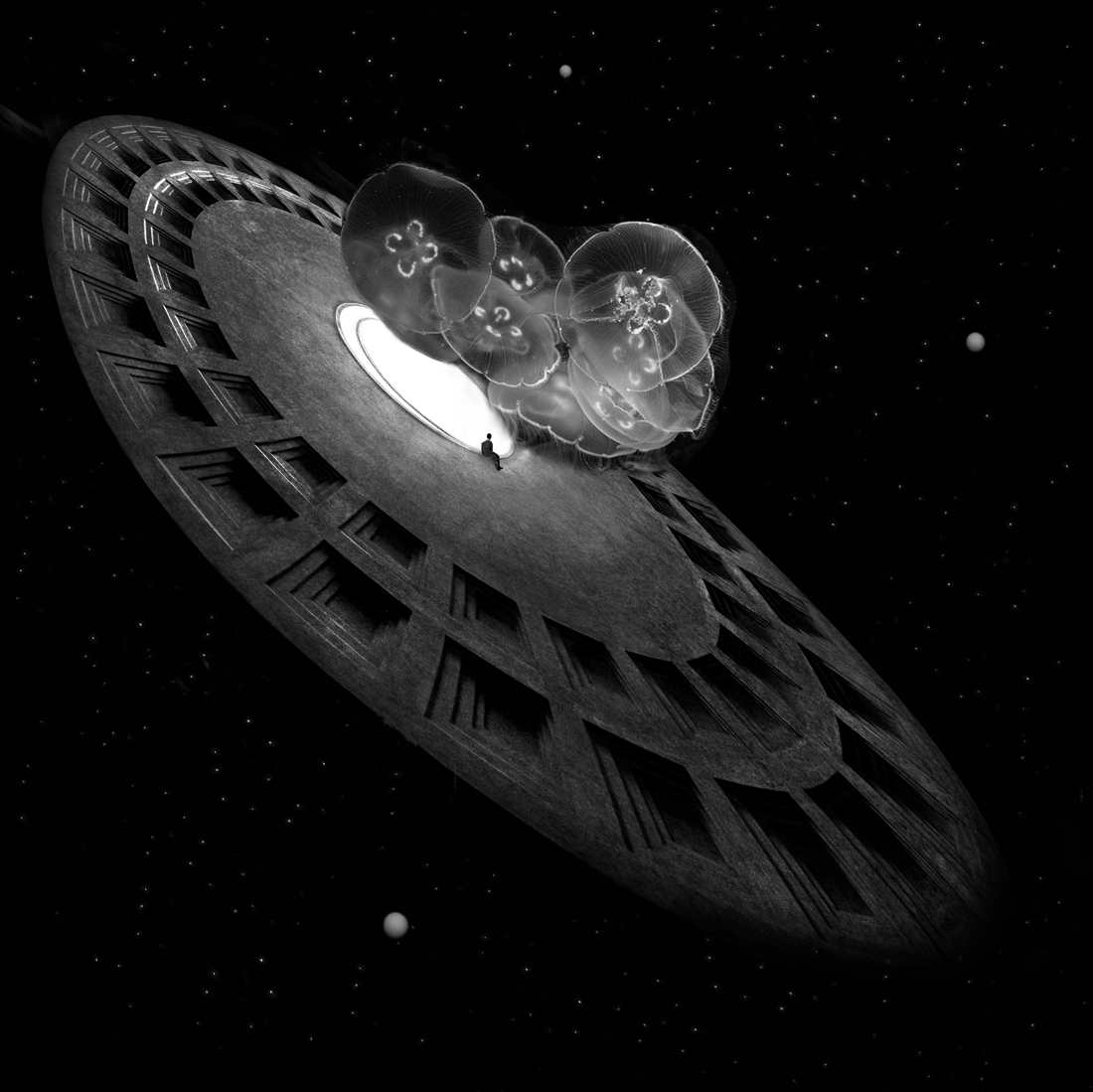 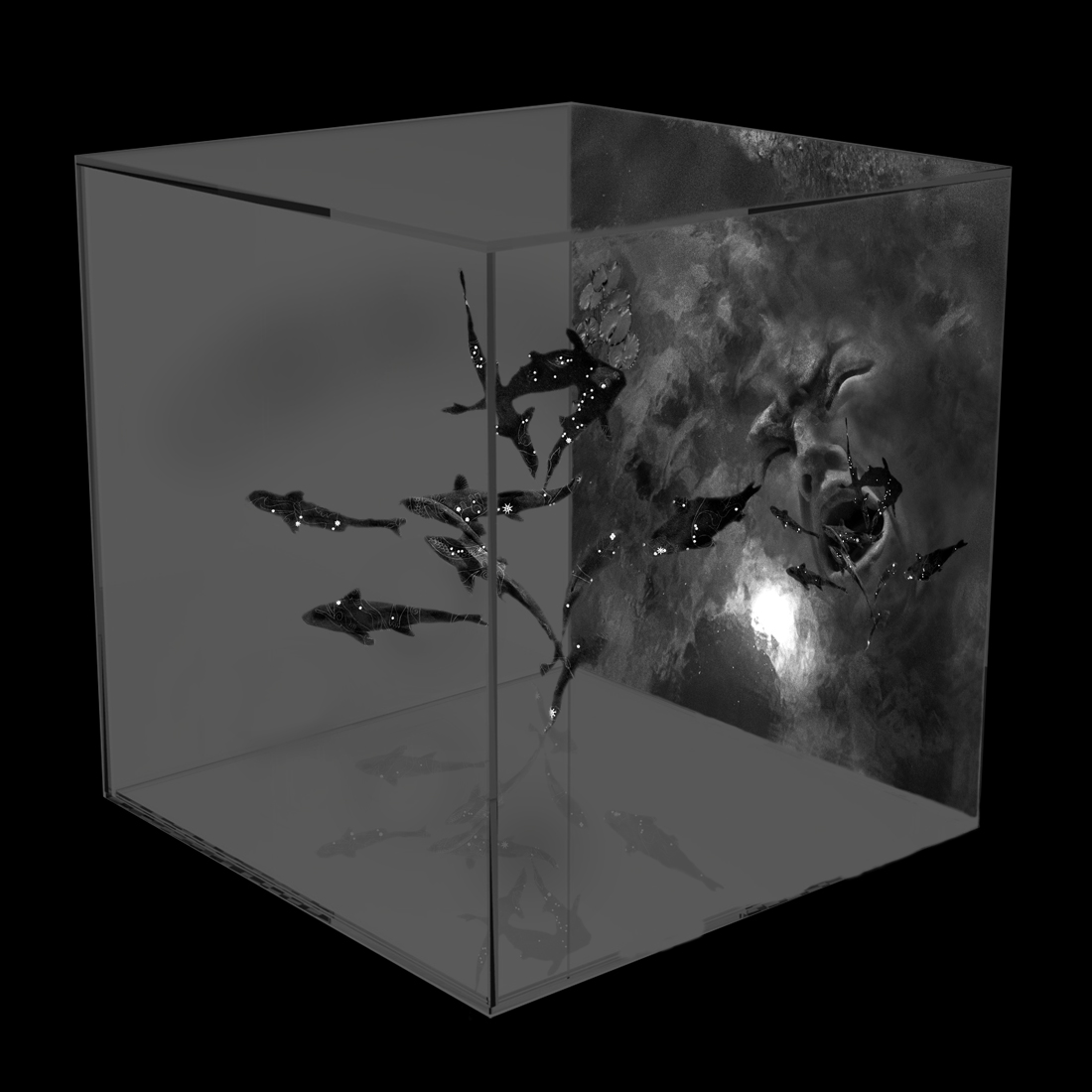 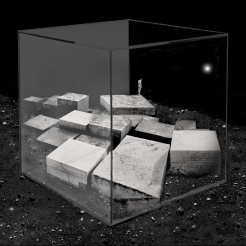 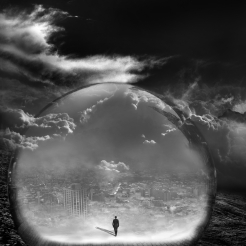 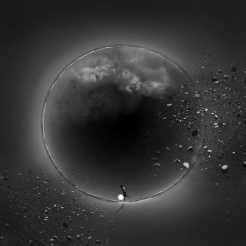 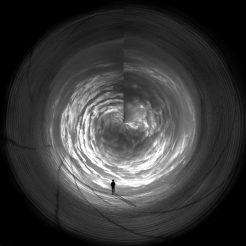 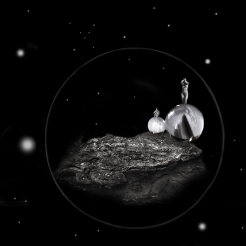 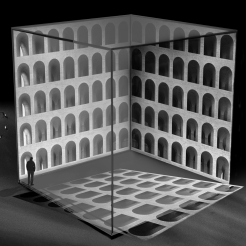 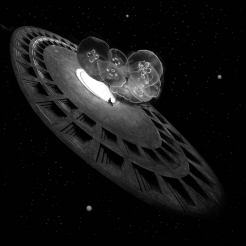 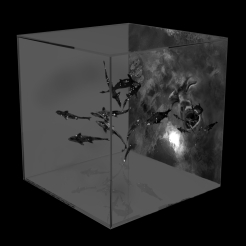 
Limits are the fundamental issue in our relationship with the world. No organism, no structure, can take on embodied form without them. Limits restrict us as much as they protect and characterise us.

I am defined not only by what I do, but by what I cannot do.

From Babel to Philae, the history of mankind has been one long quest to reach beyond our limits. Transgression is tempting but hardly viable when it fails to respect the integrity of the structures and entities around us. This observation led our ancestors to invent religions and laws.

This latest series, Microcosmes, offers a metaphor for the seeming contradiction between the need to preserve limits while pushing beyond them. The forms it takes – spheres, cubes, pyramids, and various containers – are the territory of a restrained, yet active emotion. The play of interactions guides us through the maze of fundamental desires.
The harmonies that arise are a source of peace – and of questions.
A fourth dimension can break through unexpectedly.

It is as much a game as a lab experiment. The production of closed worlds teeters between asphyxia and the dizzying multitude of potentialities.

• Born in France, 1959.
• Shows in galleries in Europe, the United States and Asia. (60 shows in 12 countries)
• Is invited to represent France in the Shapes of Time exhibition at the Alexandria Biennale in 2008.
• Works acquired by public and private collections
• The Province of Milan chooses works from his series Climats to accompany
a lecture by Edgar Morin and establish a link between Morin’s thinking and the world of art.
• Becomes the first artist to be chosen by the foundation L’Art pour la Conscience, sponsored by Edgar Morin, and donates a work to the foundation.
• Is chosen two years running (2009, 2010) by the Esther Woerdehoff gallery for Paris Photo,
and for MIART and MIA in Milan (2010, 2011).
• Is selected three years running by Mac Paris (2009–2011).
• In 2010 his exhibition TransPhotographies is spotlighted by the City of Marseille.
• Invited by the John McDermott Gallery to the Angkor Foto Festival in 2010.
• Exhibition at Espace Cardin in Paris in december 2011 sponsored by Edgar Morin, with
the backing of the European Space Agency.
• In June 2012 he is named Intercultural Ambassador by the UNESCO
• Invited by the French Embassy in India to exhibit in New Delhi in February 2013.
• Invited by UNESCO to exhibit during the Global Conference in june 2013.
• Retrospective on various sites in the city of Metz, including the Musée de la Cour d’Or,
september 2013 – january 2014.
• Shows with the Baudoin Lebon gallery at the Art O’Clock fair, Paris, september 2013.
• Black and White magazine: Award Winner, Portfolio Contest, November 2013.
• Grand Prix Eurazeo for Photography, 2013.
• Publication of the monograph “ “les éveillés” November 2014
• BENAKI MUSEUM, GREECE - Athens Photobook Show , July 2015
• Invited by the Mairie de Paris for “Bridges and Cultures” with personal exhibition
and conference, september 2015
• Winner of the International Competition « Spirit of the Mediterranean », organized by PHOTOMED and LENSCULTURE. May 26 - June 19,  2016
• « Monochrome Photographer of the Year « January 2017 (Monochrome Awards)
Share
Support this photographer - share this work on Facebook.
< BACK TO GALLERY