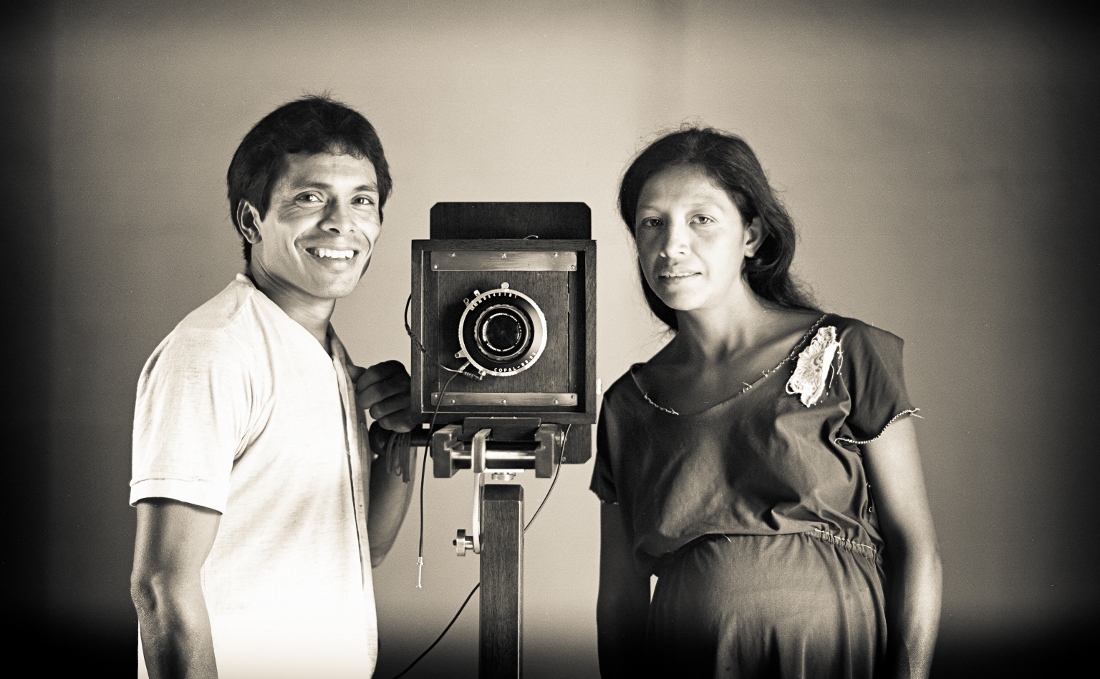 This is the town photographer and his pregnant wife in Marquelia, a small town about 150 km south of Acapulco in the state of Guerro, Mexico. He had no darkroom and had to ride a bus to Acapulco in order to process his film.