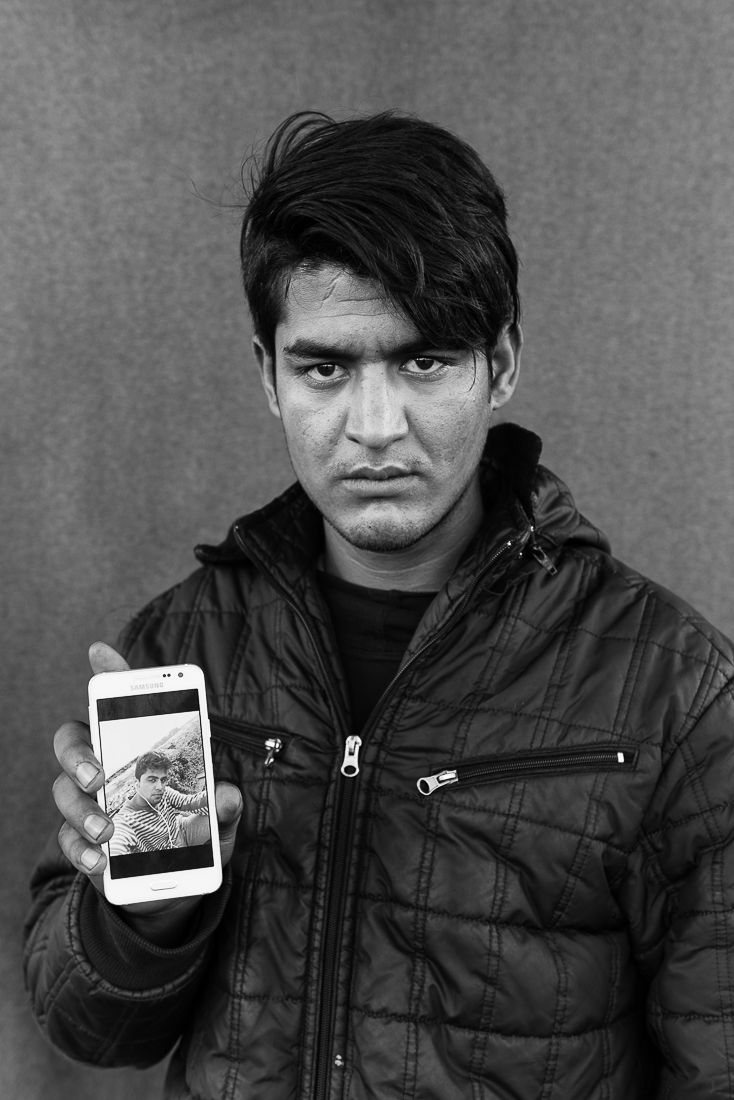 Naingal (18) holds a photo of his dead cousin Rahmajan Hanifi (18) who tried to cross the Serbian-Hungarian border on February 2nd over a frozen river, together with 15 other refugees. As the ice broke the refugee fell in the water. He was being watched dying, as he could not swim, by Hungarian border security guards who did not help.
His body was found 2 days later in Hungary.

After the closure of the so-called Balkan route some 6400 migrants have been stuck in Serbia with limited chances to enter the European Union and seek asylum legally. About 1000 of them, mostly men from Afghanistan, are living in an abandoned train depot and nearby barracks next to the main train station in Belgrade under severe conditions.
Because of distrust towards state institutions and fear of being deported they choose to stay in the barracks rather than going to official camps.
During the cold winter days and nights they stay warm by burning anything they can find from logged wood to plastic bags. The fires are running all day, filling the air of the train depot with smoke that causes serious health problems for most of the migrants.
Out of their desperation many have tried to cross the border to Hungary or Croatia illegally, only to be beaten up by border security guards and sent back to Serbia.
The refugees survive on donated food and care by charities.

In early 2015 I graduated from Humboldt University of Berlin, where I received my Bachelor’s degree in Southeast Asia studies and Philosophy.

During these days I started to make my first serious photographic attempts and fell in love with visual language and expression.