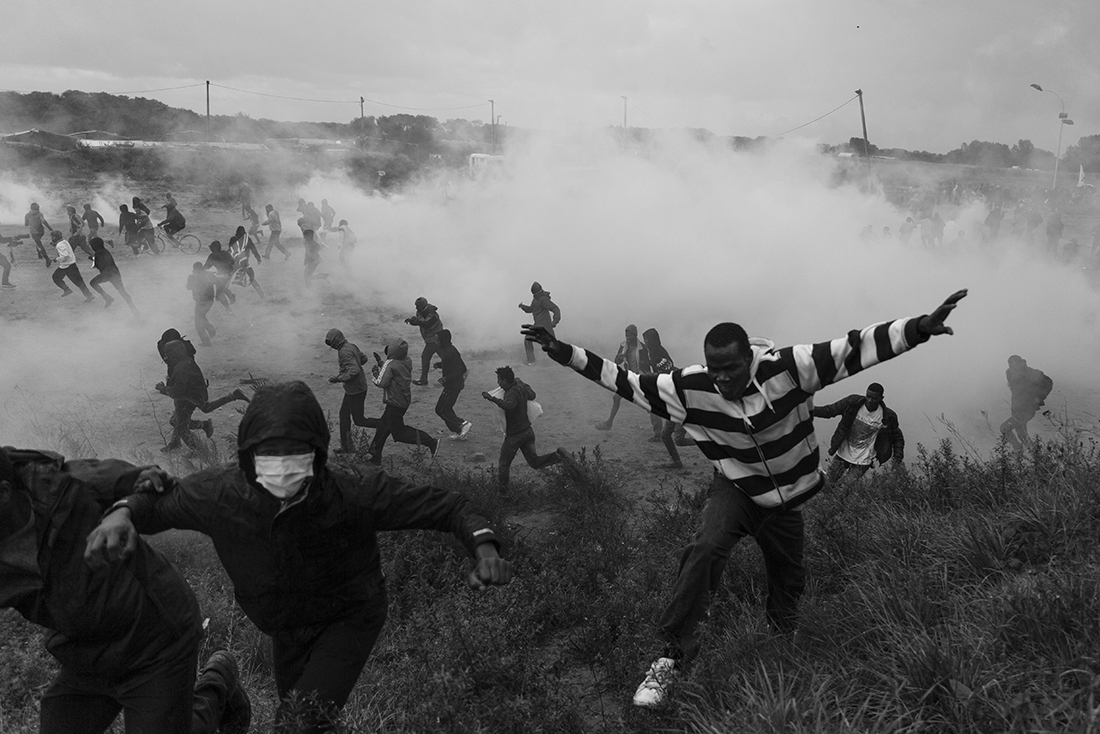 On the 5th September Calais residents blocked a local highway calling for the closure of the Calais camp, known as the Calais Jungle, in a demonstration that was approved by the interior minister. Jump forward one month to the migrant solidarity demonstration on the 1st October, and a blanket ban was placed on all demonstrations linked to all migrant issues. In contrast to the demonstration organised by local residents, the ban, implemented by the municipal government of Pas-de-Calais, citing risks of disturbance to the public order, only highlighted the failure of the French authorities to recognize the rights of those living within the Calais camp. Despite the ban, the demonstration went ahead anyway because that's what people do when their voice is ignored; they protest.

On the morning of Saturday the 1st October, riot police in full body armour, with shields and batons, lined the streets before the rally had even begun. It created a stark contrast to the crowd of demonstrators, some of whom didn't even have shoes on their feet, and it set the tone for the day's events. According to some reports, French CRS riot police used a colossal 700 rounds of tear gas within approximately three hours, in an attempt to put an end to the demonstration. Rounds were recklessly fired into the camp, with police unaware, or perhaps unconcerned, that rounds were landing in an area designated as a safe-haven for the unaccompanied minors.