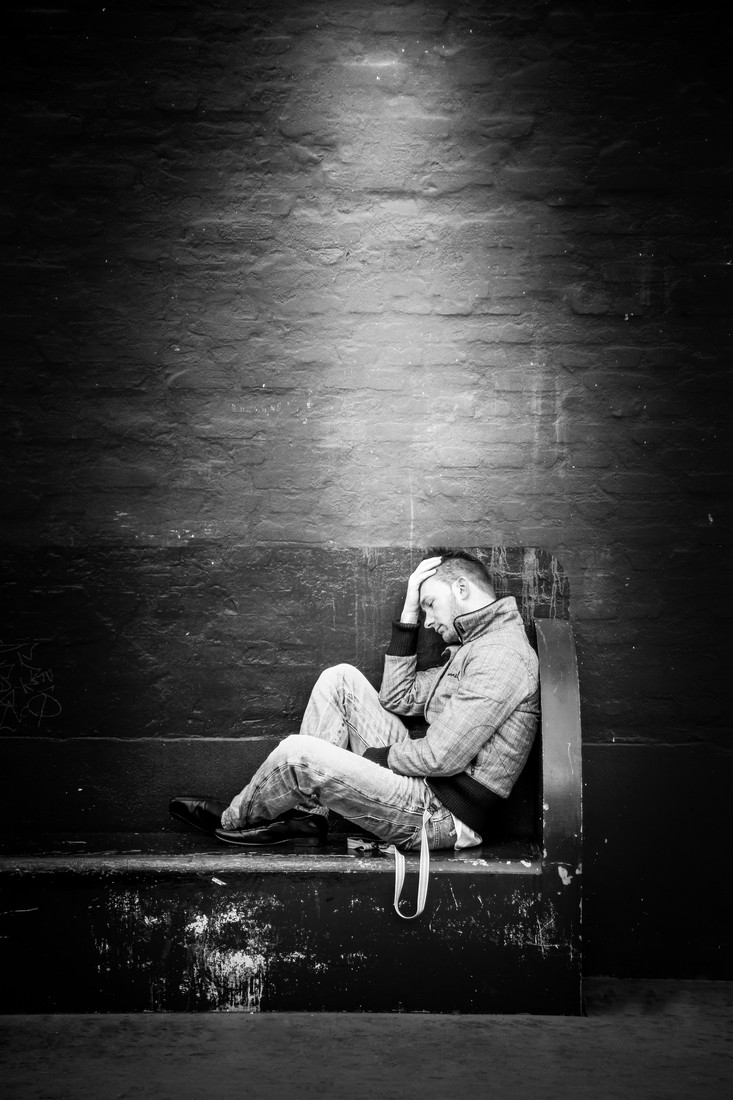 This photograph represents a young man struggling with homosexuality and prejudices. I took this photograph in Nørrebro, Copenhagen. I was immediately caught by the scene. The man seemed lost in his own thoughts, sitting on that bench, right under the spotlight. I took the photograph in a rush, I didn't want him to see me, since for me he was the "perfect subject". After I took the picture, I felt almost guilty and I wanted to know more. I approached him, told him who I was and what I was doing and showed him the picture, expecting the worst reaction. He opened up like we were long term friends and told me his story. He was very curious about me taking his photo and asked me to print it for him. Michal has now the photo on his wall and so do I.

Chiara is an Italian photographer, originally from Milan and currently based in Copenhagen, Denmark. She works as a wedding photographer and in her time off, she's still chasing images for photo festivals and exhibitions.
She has exhibited in different European countries and won the Art Gemini Prize in 2013, photography section and other contests.
Share
Support this photographer - share this work on Facebook.
< BACK TO GALLERY