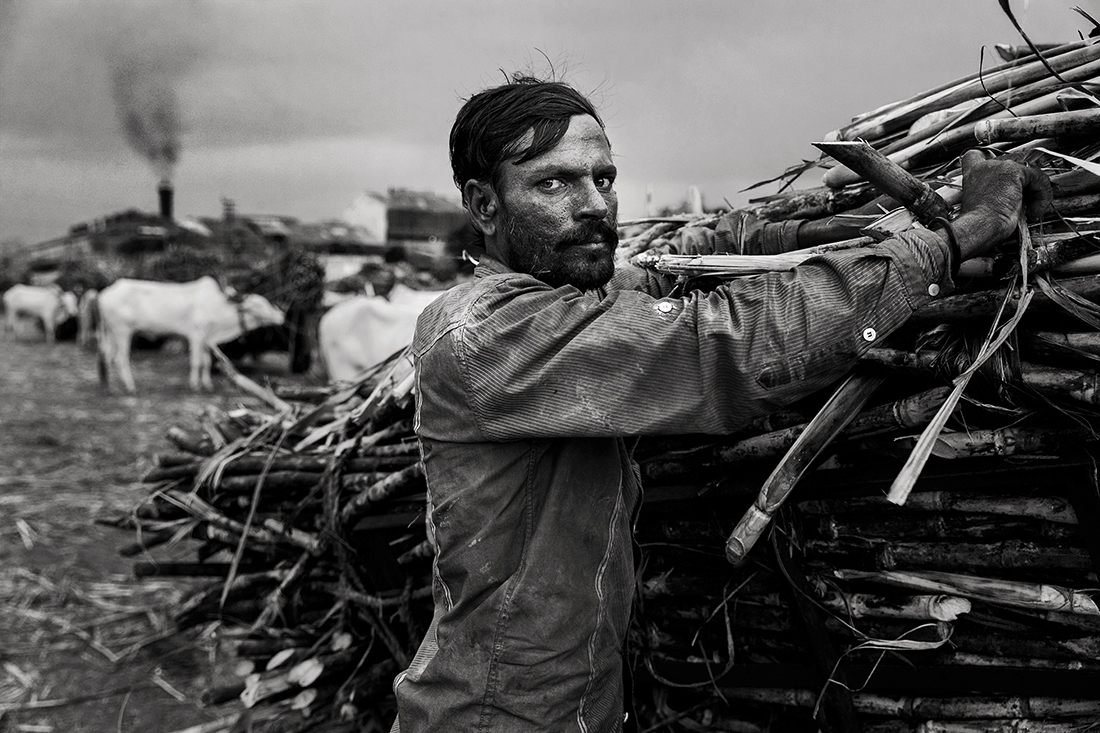 TITLE: "In the bitter life of a sugar farmer"

I made this portrait of a farmer in his mid-30s in a village in Maharashtra, India. Kishan has been supporting a family of 3 with this thankless job of 17 years. Farmers line up all day with stuffed bullock carts outside a sugar factory behind him, selling sugarcane to earn a living. Often, they have to wait all night too. The fading sunlight & Kishan’s stern gaze set the mood for this riveting portrait, offering a cinematic glimpse of hardship.

Arjun Kamath is an award-winning, internationally published photographer & filmmaker. He is known for creating photo stories that entail crucial social messages which have been published by the United Nations, Nat Geo, Vogue, BuzzFeed, HuffPost, and other reputed global media houses. His professional expertise is supported by a Master’s in Film & Television Production from one of the world’s finest film schools, the USC School of Cinematic Arts in Los Angeles. Kamath finds a unique approach in photography, marked by dramatic compositions, vibrant imagery, and heart-stirring stories. His photographs in fashion, travel, storytelling, and street photography have been awarded at the International Photography Award, Monochrome Awards, and IPOTY, to name a few. Also a connoisseur of films, Kamath has made his mark in the international filmmaking industry in the role of a Director and Cinematographer. His work has been featured and awarded at prestigious international film festivals, like the Santa Barbara International Film Festival, Cleveland Film Festival, and Seattle International Film Festival. Also fond of smartphone photography, he often experiments on his smartphone camera to capture travel and other everyday stories. Moment has featured his Macro Series shot on a smartphone and the world-renowned Hamdan Bin Mohammed International Photography Award has honoured him as a finalist worldwide for his smartphone-only fashion shot. In the last 12 years that he has spent making pictorial stories, films, and artful photography, he has also enjoyed collaborating with like-minded artists from the Indian film industry for vivid and creative photo shoots. As a storyteller and artist, he approaches the world as a treasure trove of frames, emotions, and stories yet to be told. He is always enthusiastic about making unique pictures that pass on a thought or a message and bring a new story to life.
SHARE
Support this photographer - share this work on Facebook.
< BACK TO GALLERY