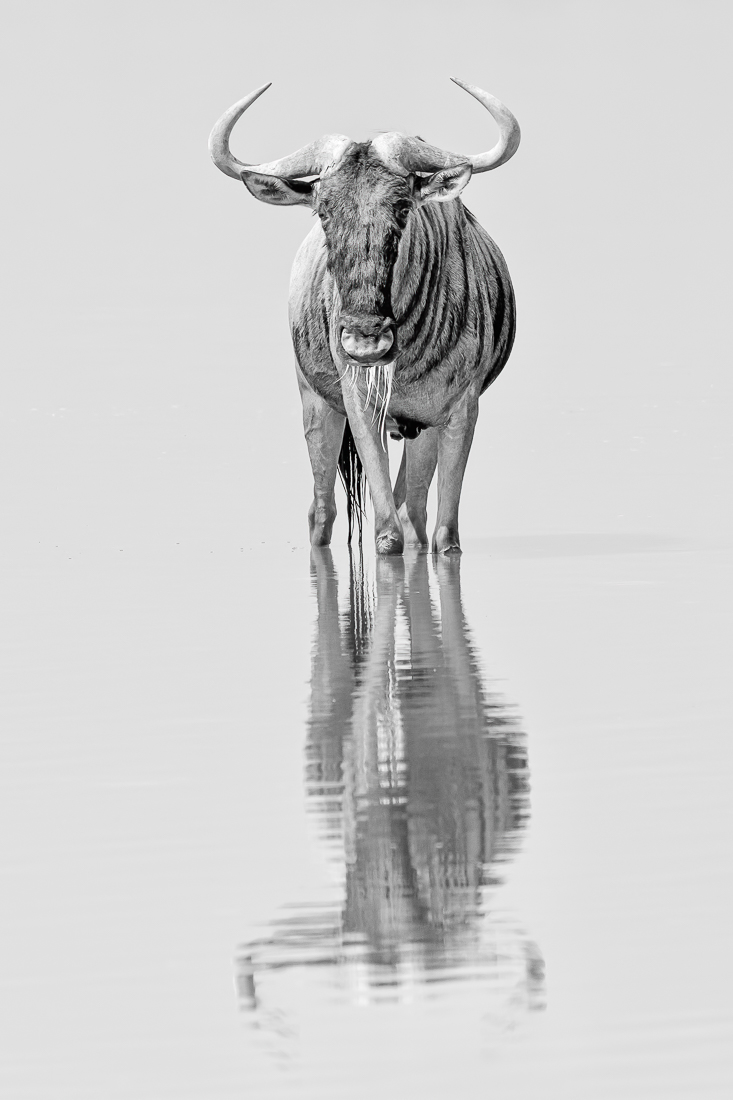 I captured this image in Amboseli National Park, Kenya on a July morning. There was a large herd of wildebeest migrating along the shore of Lake Amboseli and I was able to single out this wildebeest standing in the shallow water. The image is quite unique because wildebeest are animals of perpetual motion in daylight, mostly because they are a favorite food for virtually all of the predators in Africa. But, he stayed still long enough for the water to calm, allowing me to also capture his reflection in the foreground.