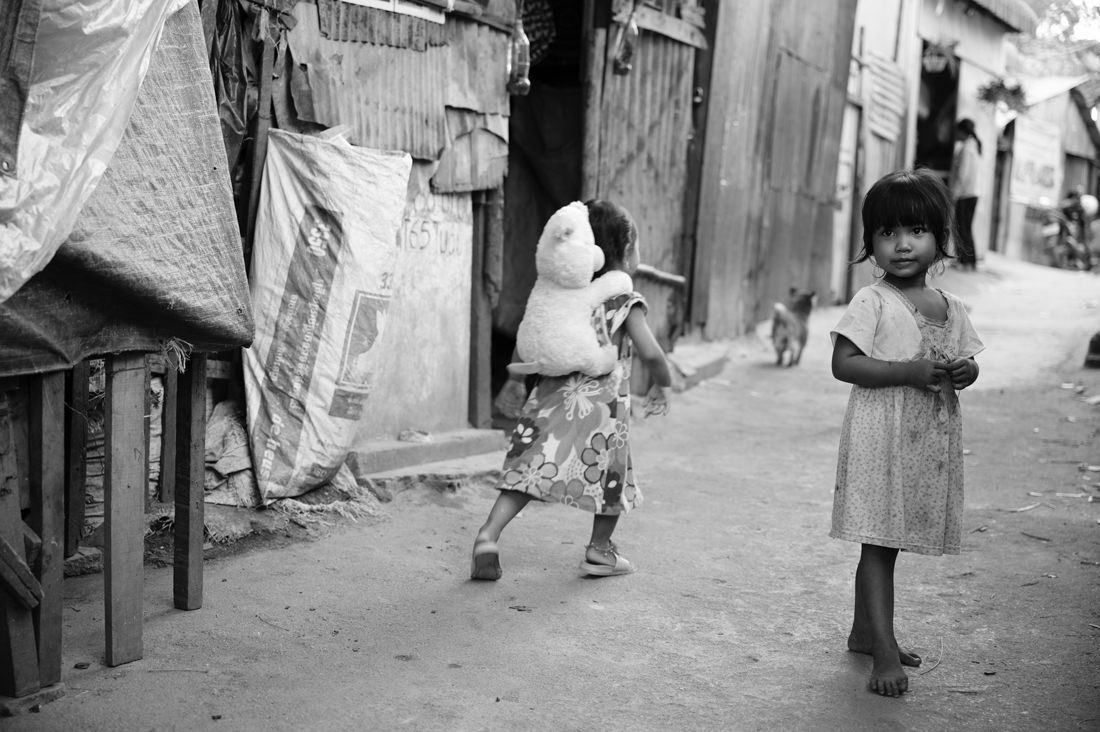 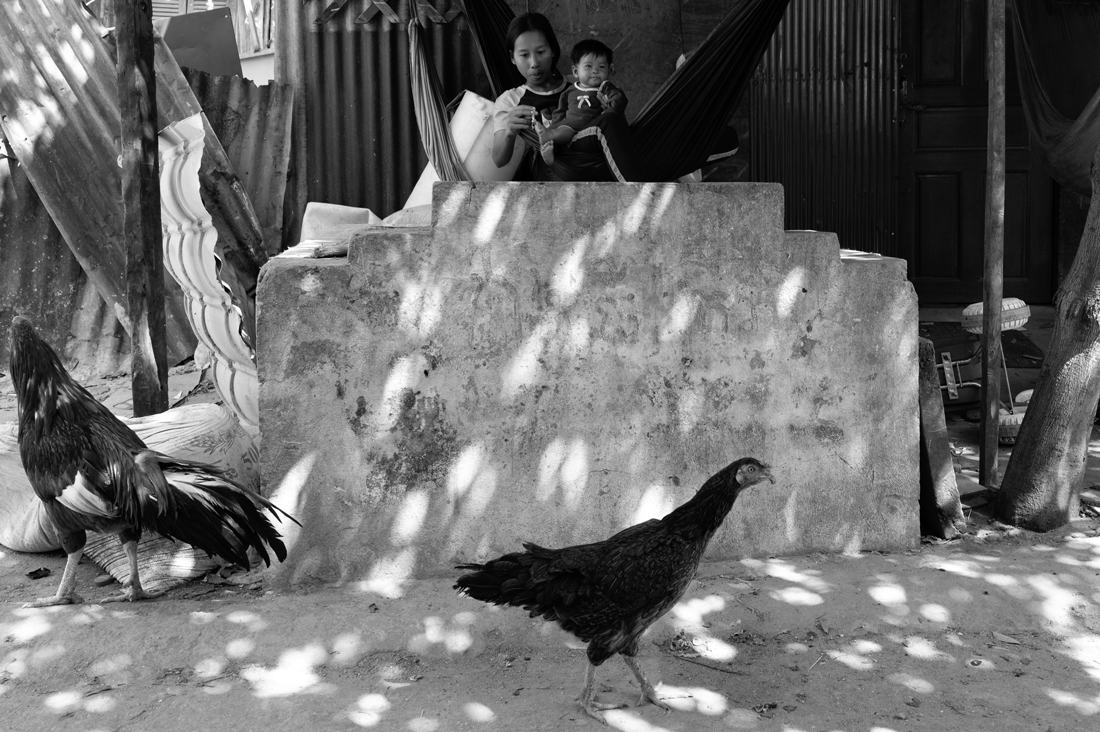 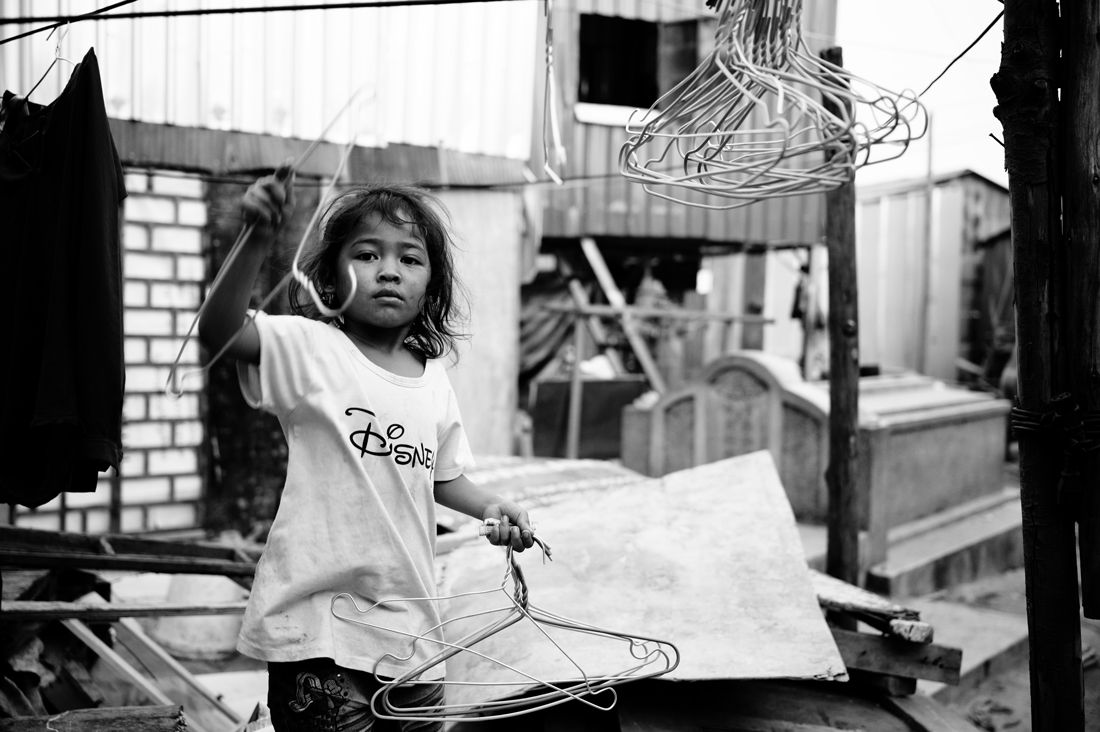 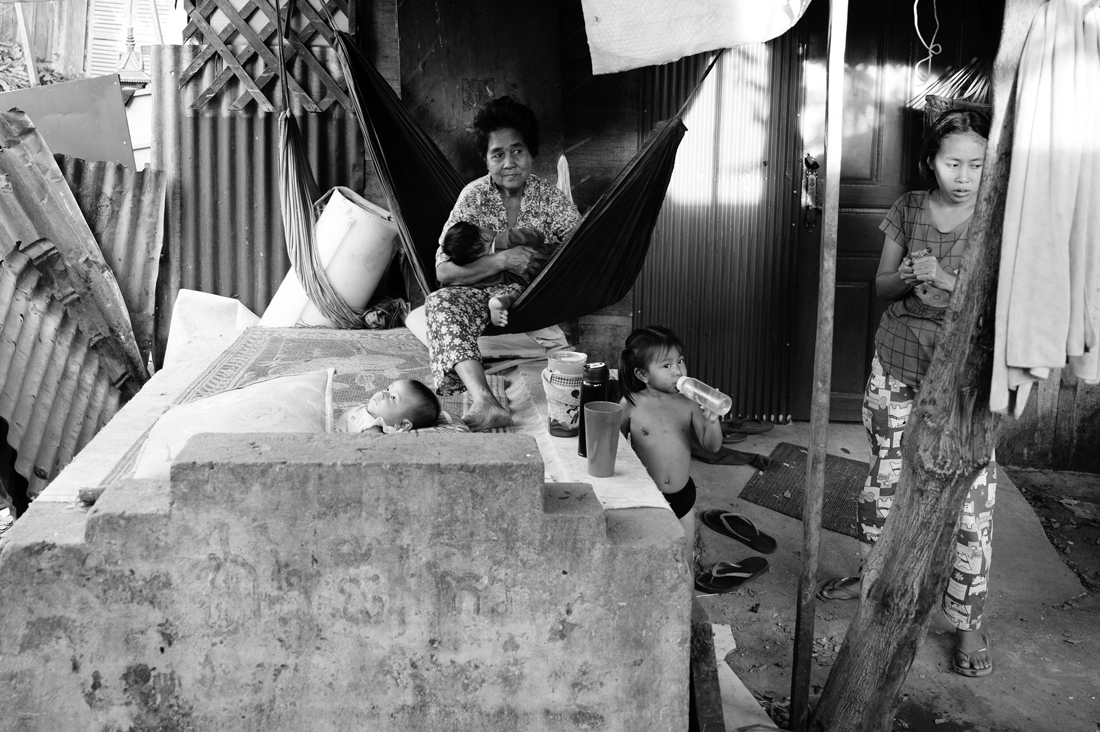 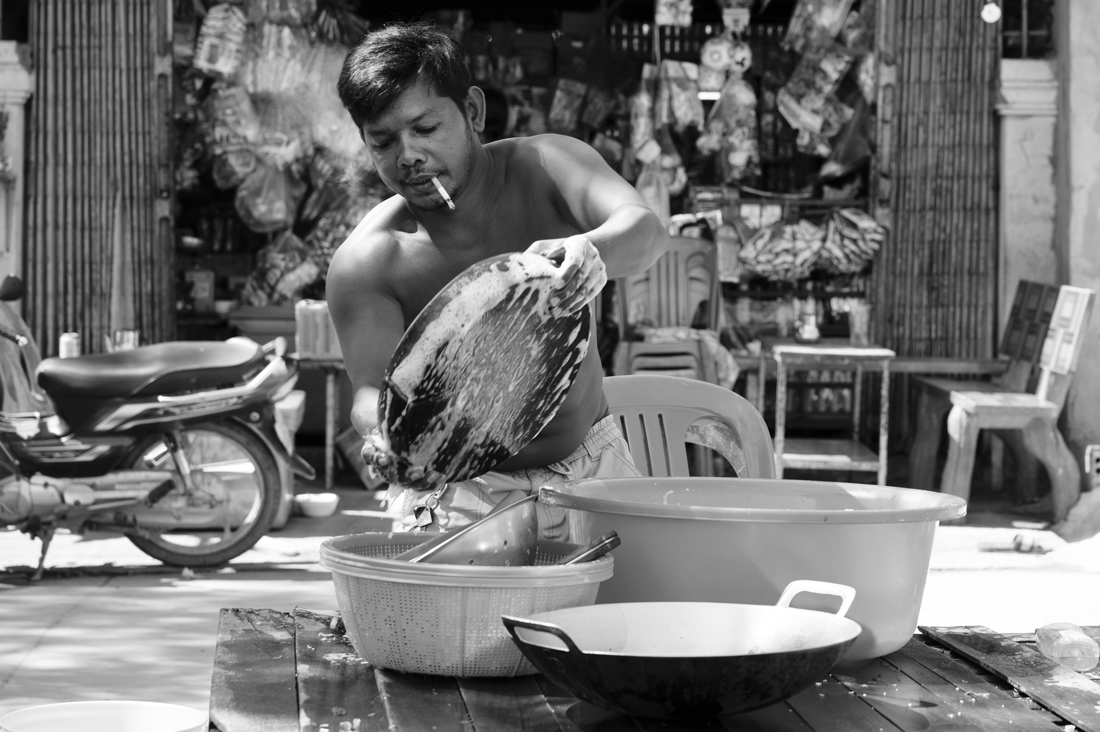 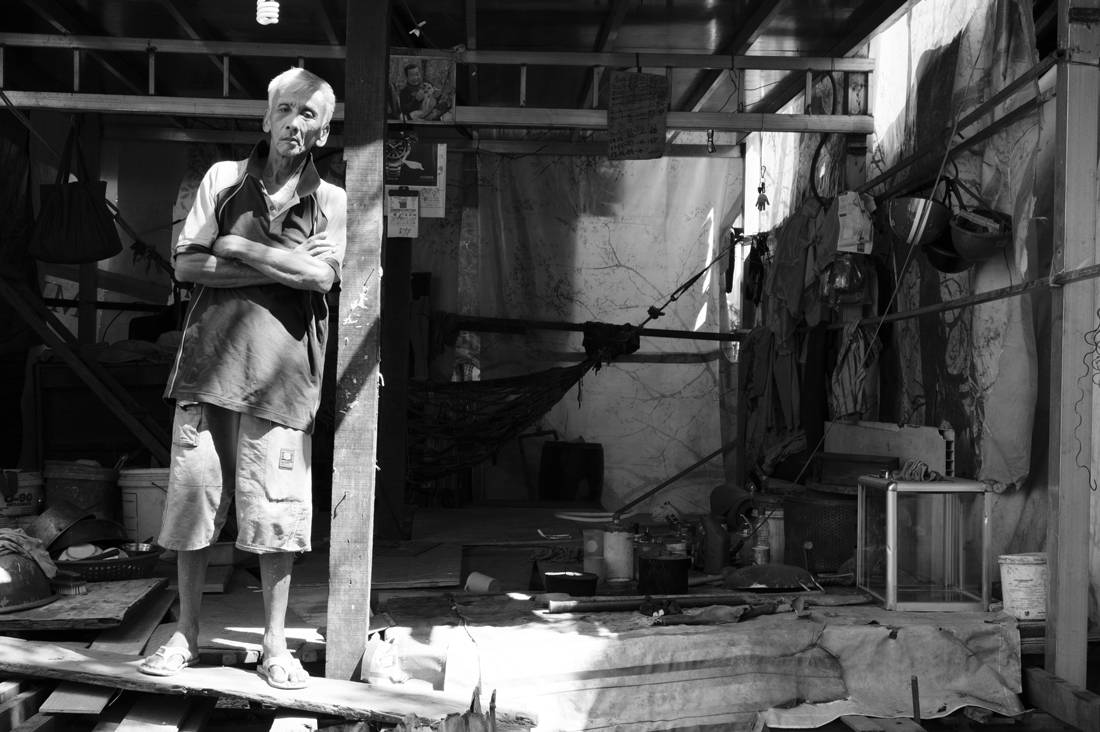 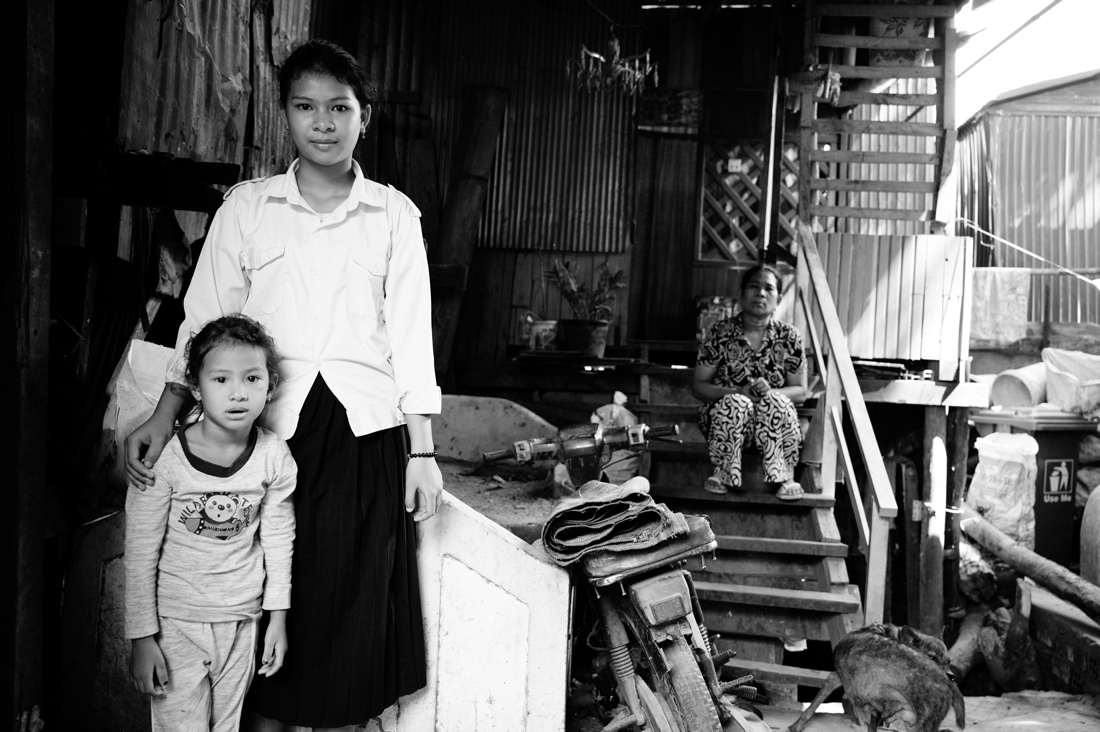 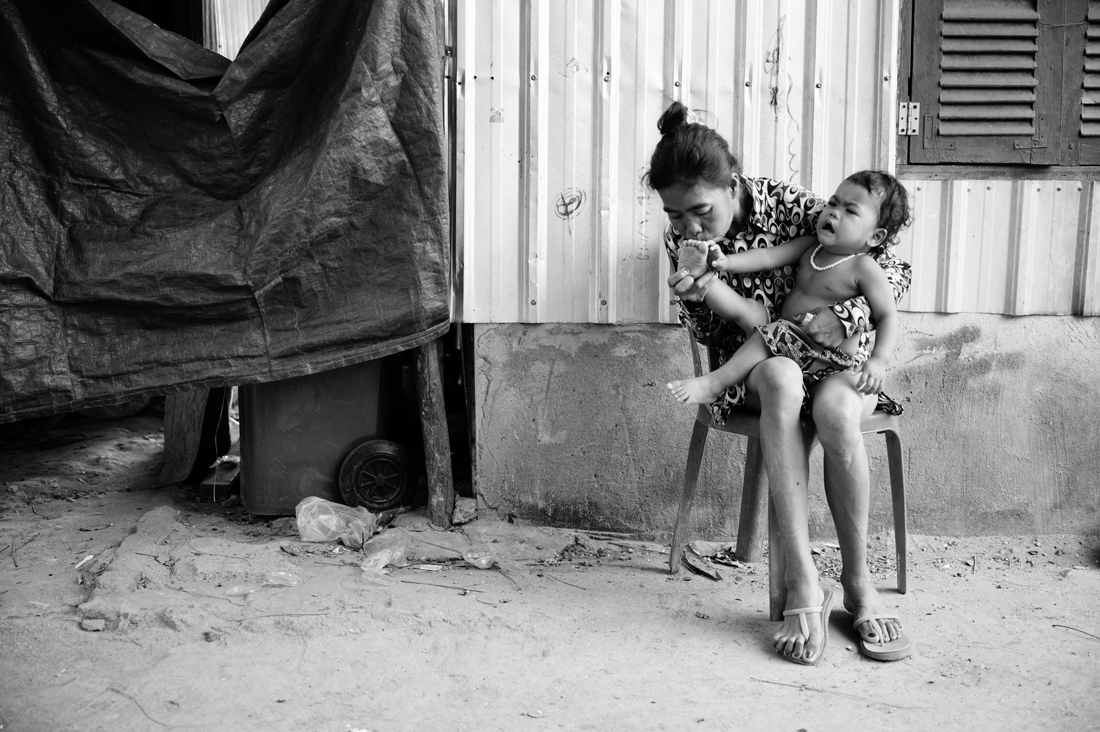 Smor San is a slum built on a cemetery in Cambodia's capital Phnom Penh that is still visited by relatives of the deceased. The inhabitants have constructed makeshift houses on top of tombs and coffins, or inhabited vacant burial chambers. Here they eat dinner, watch TV, hang clothes to dry, care for their kids, and sleep – just centimeters away from the dead. They moved into the cemetery with around 200 graves after sand dredging had led to the collapse of their houses on the riverbank.

Steff Gruber (1953) is a Swiss photographer and filmmaker. He worked as a press photographer for Keystone Press and was one of the first filmmakers to deal with the docudrama genre. He became internationally known with his documentary LOCATION AFRICA, about the shooting of Werner Herzog and Klaus Kinski for the film COBRA VERDE. His award-winning films were shown at various international film festivals.
Based on his interest in documentaries, Gruber began shooting photo stories in various countries that focused, in particular, on human interest subjects and humanist concerns. He produced many of his photo series over a period of several years, visiting places and people on repeated occasions.
In April 2020 Steff Gruber opened the Lumiere.Gallery with the aim of offering photographers a platform through digital photo exhibitions.
Steff Gruber is a member of the Swiss Association of Journalists and Photographers IMPRESSUM.
SHARE
Support this photographer - share this work on Facebook.
< BACK TO GALLERY