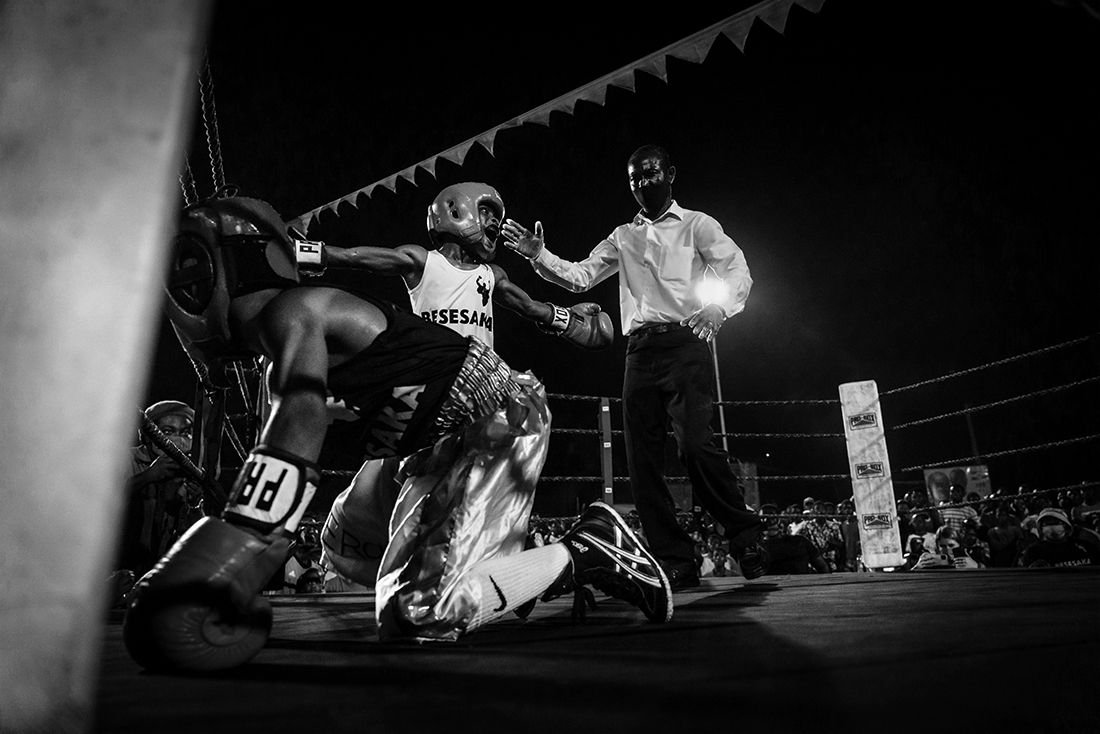 Prince 'The Buzz' Larbie celebrates after knocking down 'Hero Boy' during an event at Bukom, Jamestown, Accra.

Both 7-year olds, the boys are boxing stars with large followings around the Jamestown area, one of the low-income areas of Accra, Ghana’s capital city.

A moment of athletic glory, but the fight ended up in a draw as 'Hero Boy' also knocked down Prince 'The Buzz' Larbie.

Many of Ghana’s world champions honed their jabs around the Jamestown area, where boxing is seen as a catalyst for upward social mobility. This included the likes of Ike Quartey, Alfred Kotey, Joshua Clottey, and Azumah Nelson, widely considered the greatest African boxer of all time.

The scene was captured as part of an ethnography on boxing, youth, and urban poverty around the Jamestown area.

Muntaka Chasant is a researcher and a documentary photographer based in Accra, Ghana.

His work centers around the core challenges of sustainability, urban marginality, new and emerging challenges, including the "three planetary crises" of climate change, biodiversity loss, and pollution.