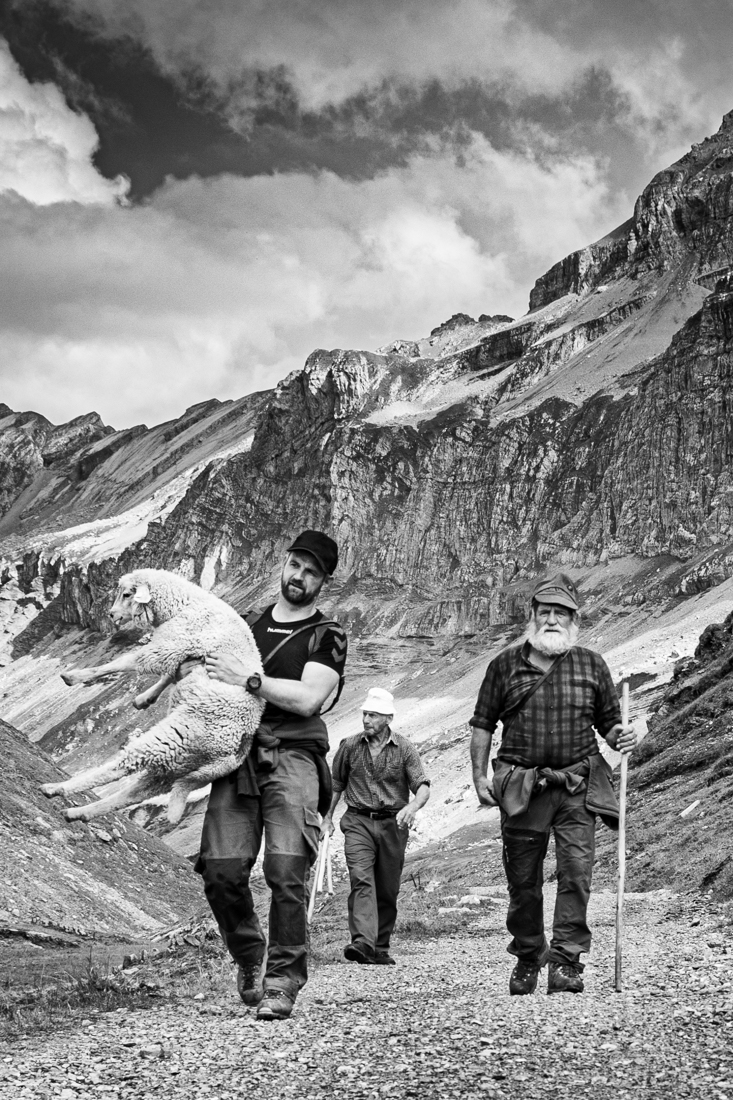 After a long day's walk in the Swiss mountains, we found ourselves surrounded by sheep that were leaving for another valley. This one was injured in the leg and could no longer move forward, the shepherd had to carry it. I was touched by the contrast of this harsh life and this protective gesture.

Born in France, Maud Lecornier has been living in Switzerland where she works as a freelance photographer.
She has discovered the mountains where she spends her free time in summer and winter.
Close to nature, she remains an admirer of breeders living in places accessible only on foot and far from civilisation. Living conditions are very precarious, even though Switzerland is arguably one of the richest countries in the world.
SHARE
Support this photographer - share this work on Facebook.
< BACK TO GALLERY