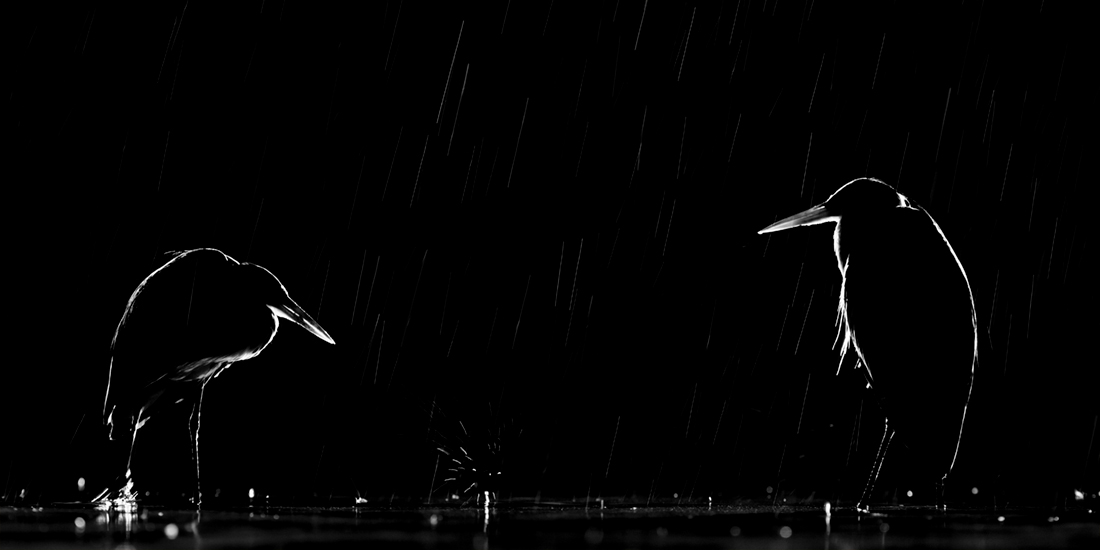 Grey herons huddlein the lake. The shot was made with long shutter speed, the raindrops drawing lines and the contour line effect of the strong backlighting enhances the atmosphere of the image. I spent 55 uninterrupted days in the hide, but I had rarely a chance to capture such exceptional moments.