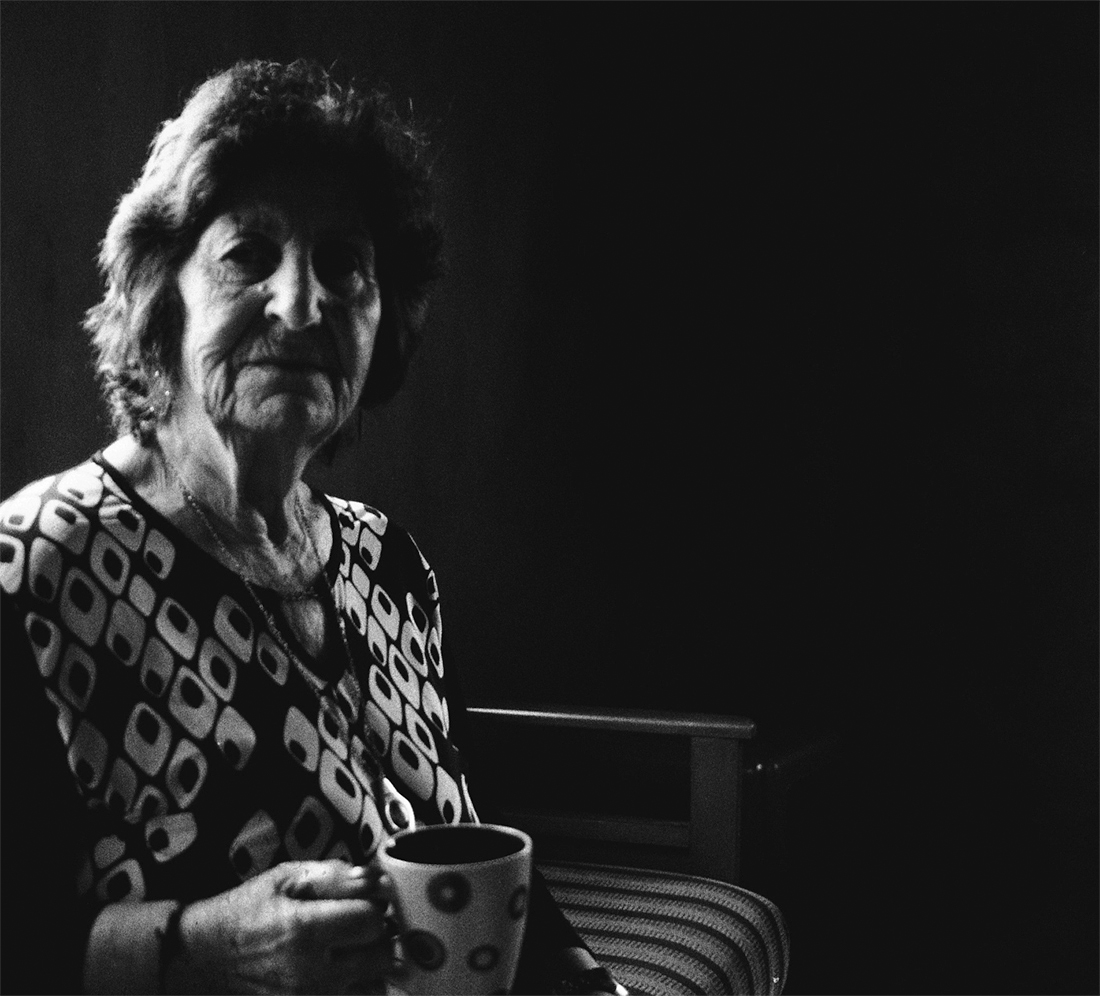 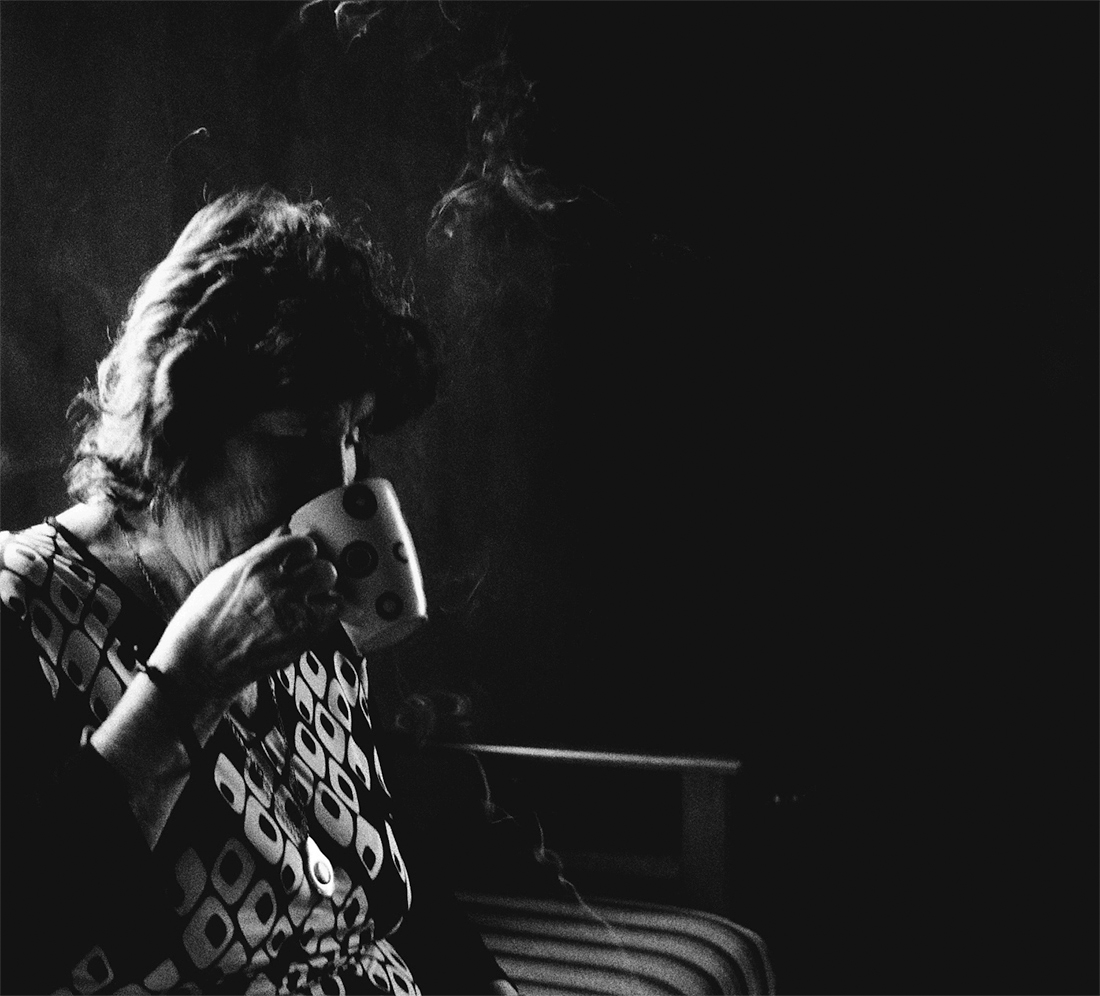 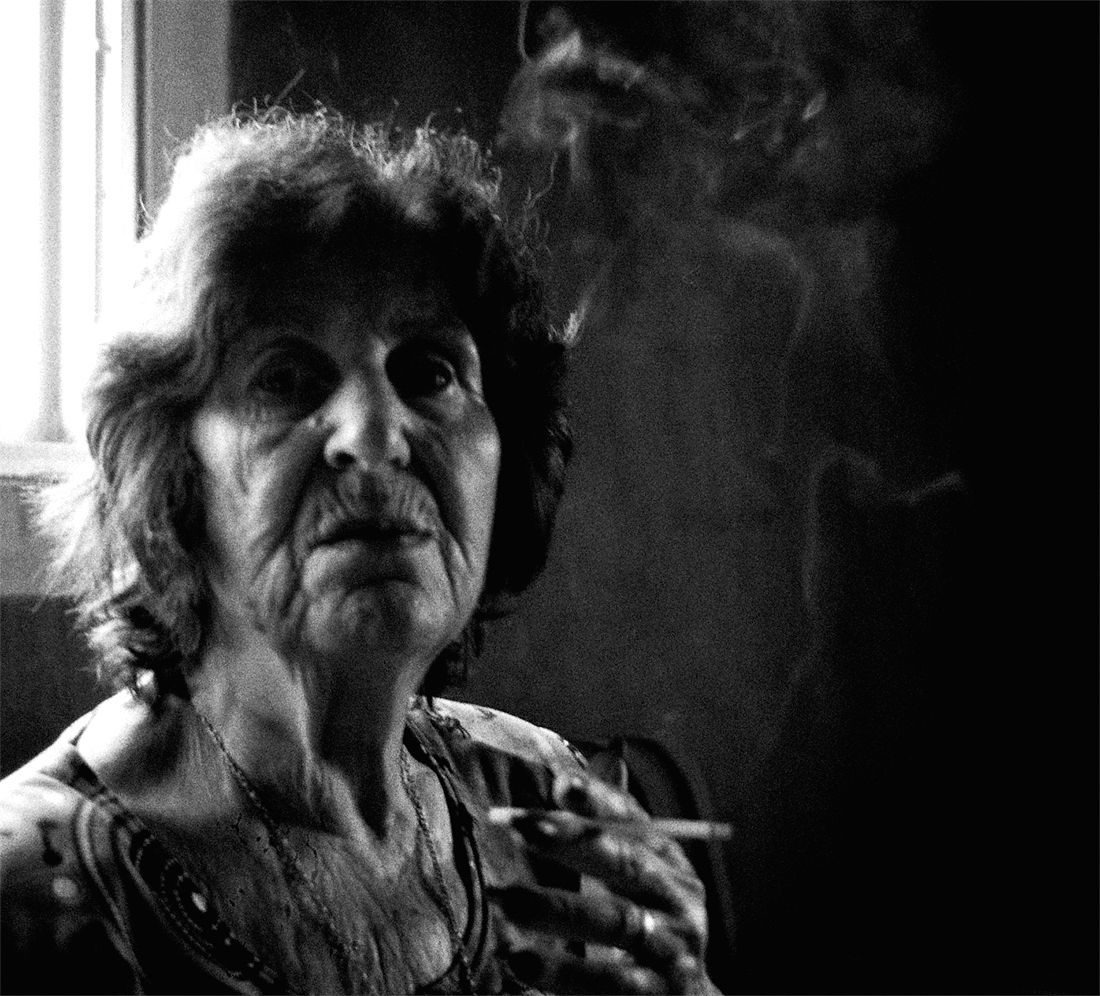 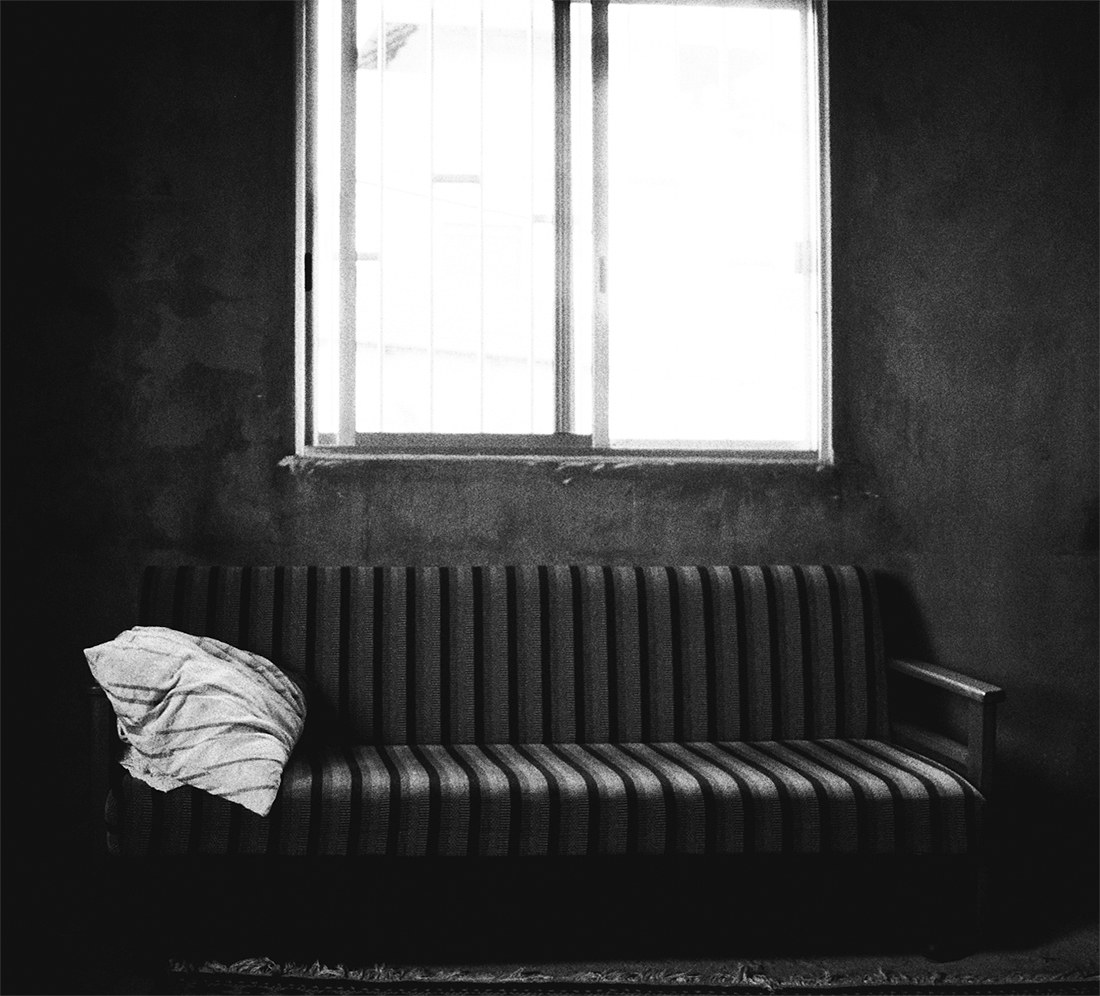 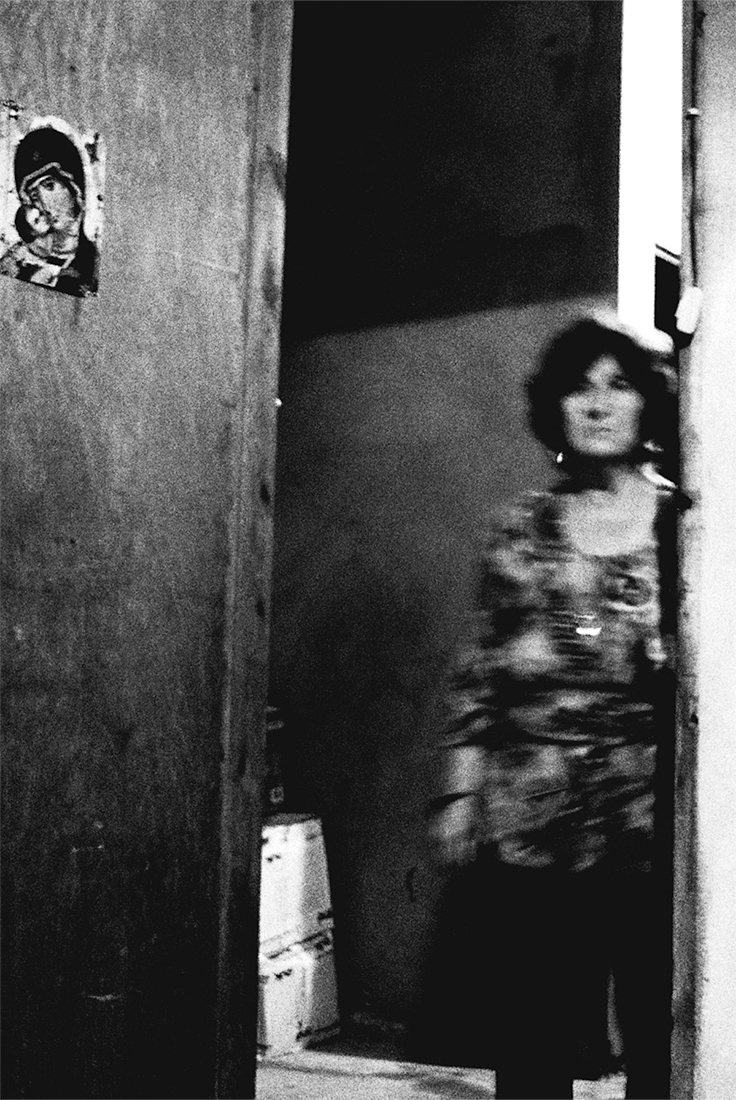 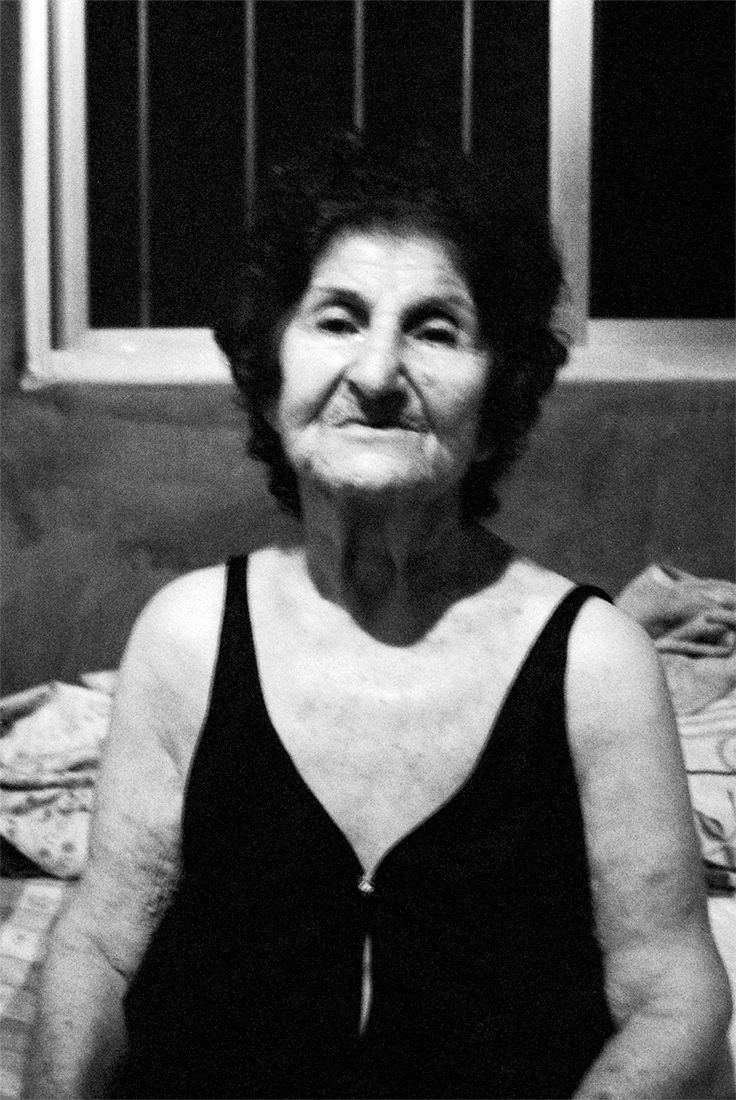 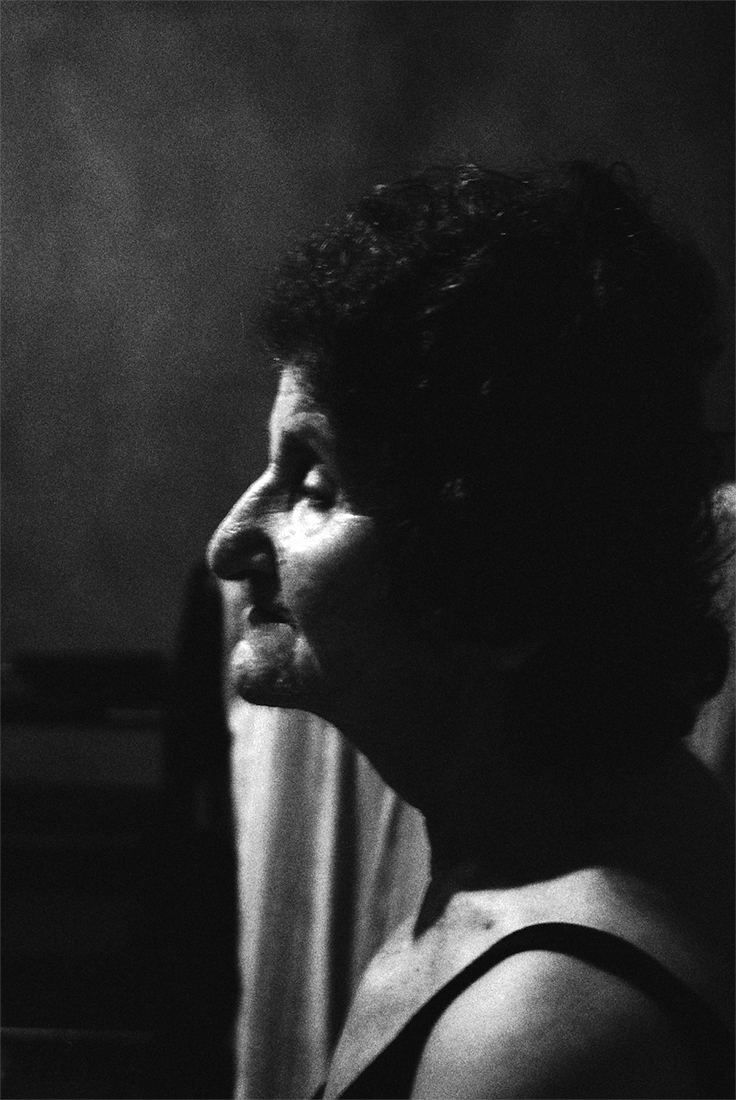 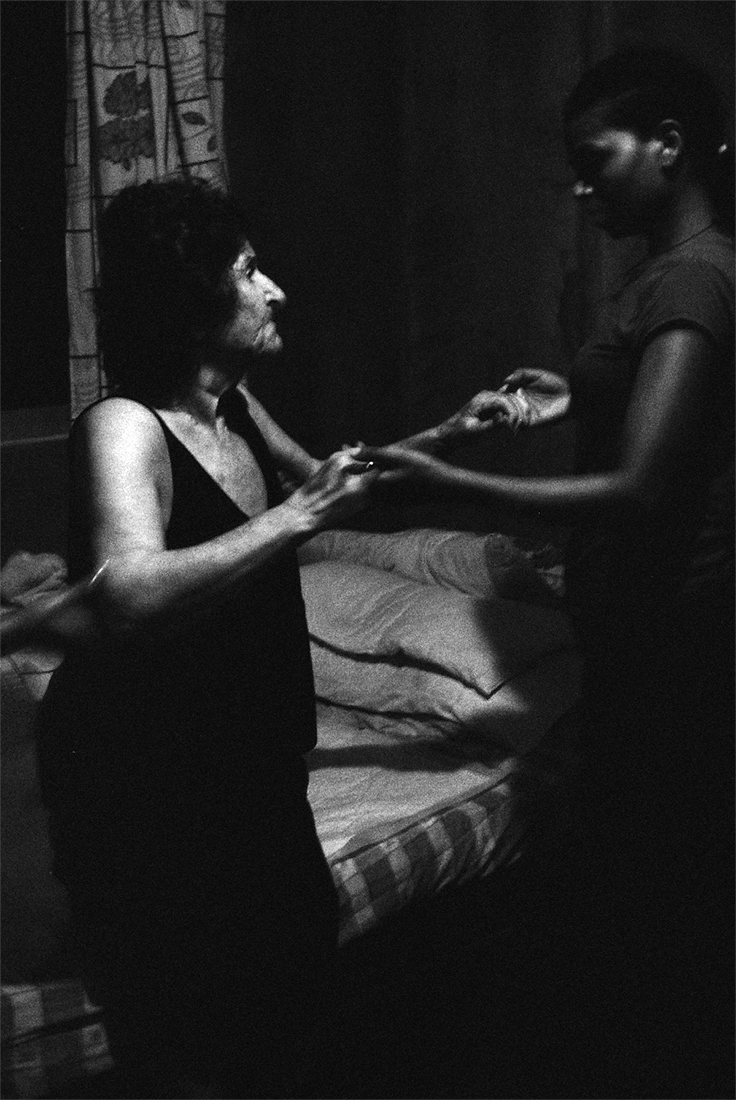 My grandmother, Saideh, was diagnosed with Alzheimer's disease four years ago. As her illness progressed, a need to immortalize her memories and who she is, became overwhelming. "Can I take photographs of you?" I would ask, film camera in hand. "Why my darling?", "Do you want me to smile?", "Do you want me to smoke on my cigaret?". Throughout the years I saw her wonder why her skin was so wrinkly and why she couldn't go back to live with her long deceased mother, I felt her forget who I was, and I helped calm her down when she couldn’t recognize her home. I heard her narrate the same story 5 times in a row in a 20 minute sitting, details changing from one account to the other. A few months later, her voice would fade away into murmurs. I saw her lose her physical strength and her focus. But mostly I despised the veil that started to shadow her eyes, slowing wrapping them as it took over any spark of life, leaving a blank stare in its place. Taken a year apart, the photographs of the series shift from the social realm of her living room, to the intimate isolated definitive confinement of her bedroom. Culminating with the coda -the conclusive photograph of the series- as she dances her finale, I also come to terms with her condition, and chose to keep her within my own memories : the playful, loving and remarkable women that she was.

I'm an architect by training currently residing in Paris, France and a reluctant immigrant, product of the failed Lebanese state. My preferred medium of work is black and white film. I like to experiment with the fragility of light and its emergence from the lack of it.
SHARE
Support this photographer - share this work on Facebook.
< BACK TO GALLERY