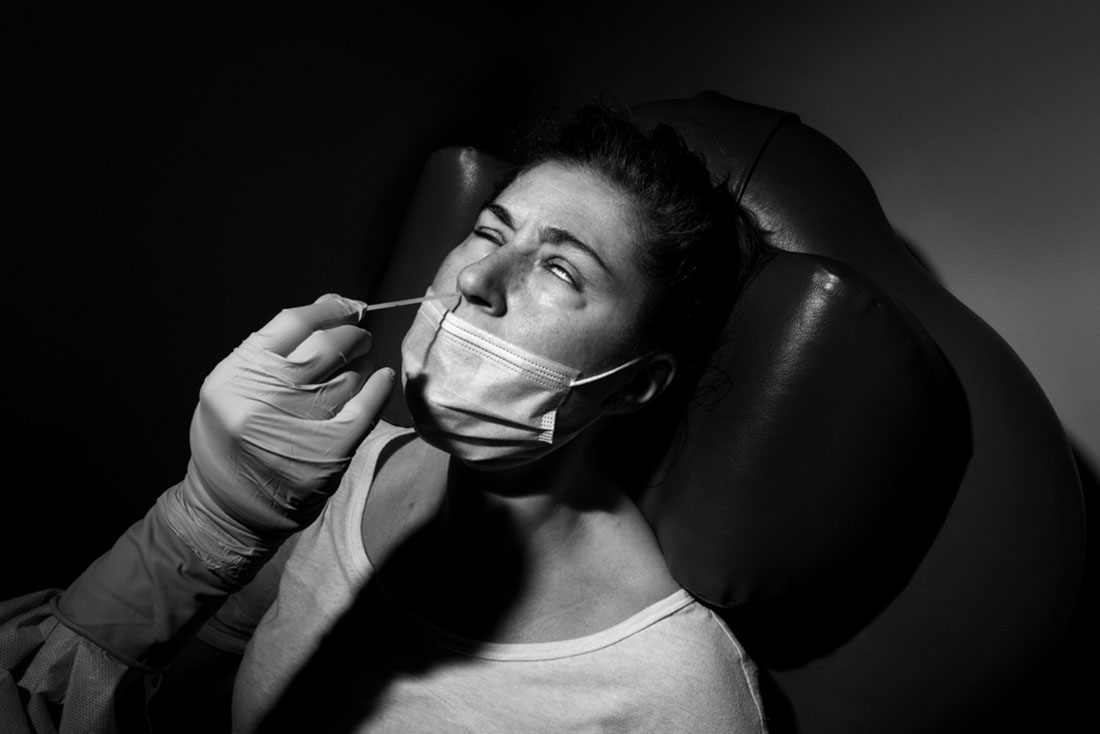 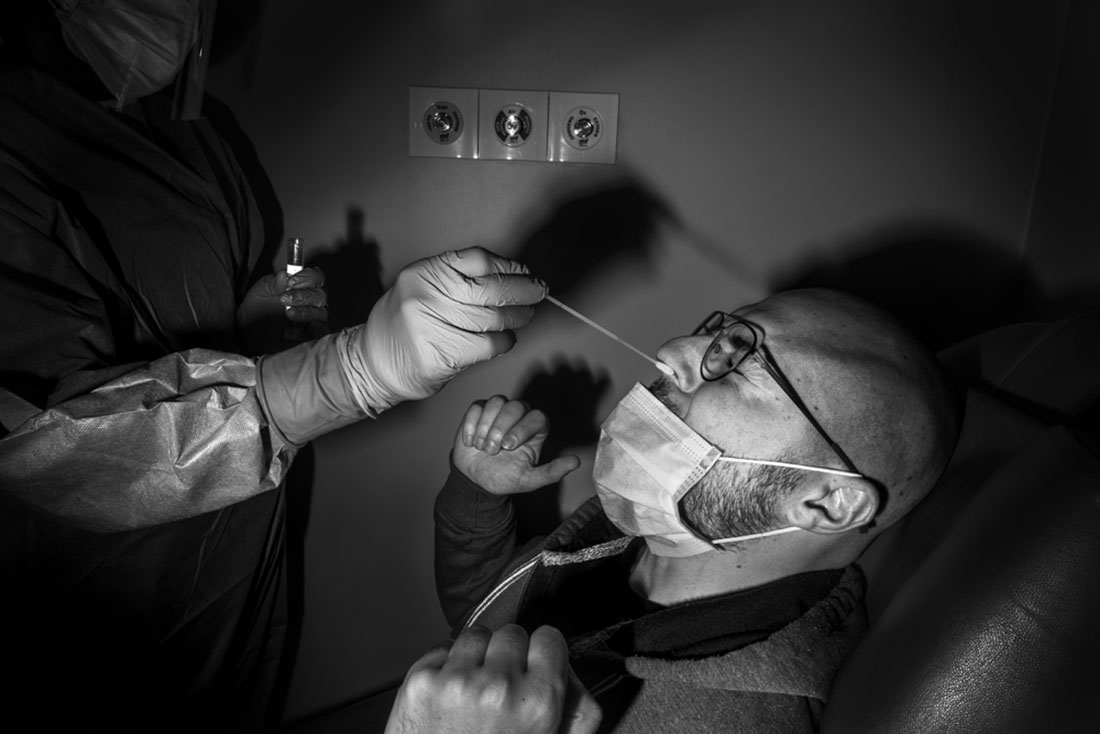 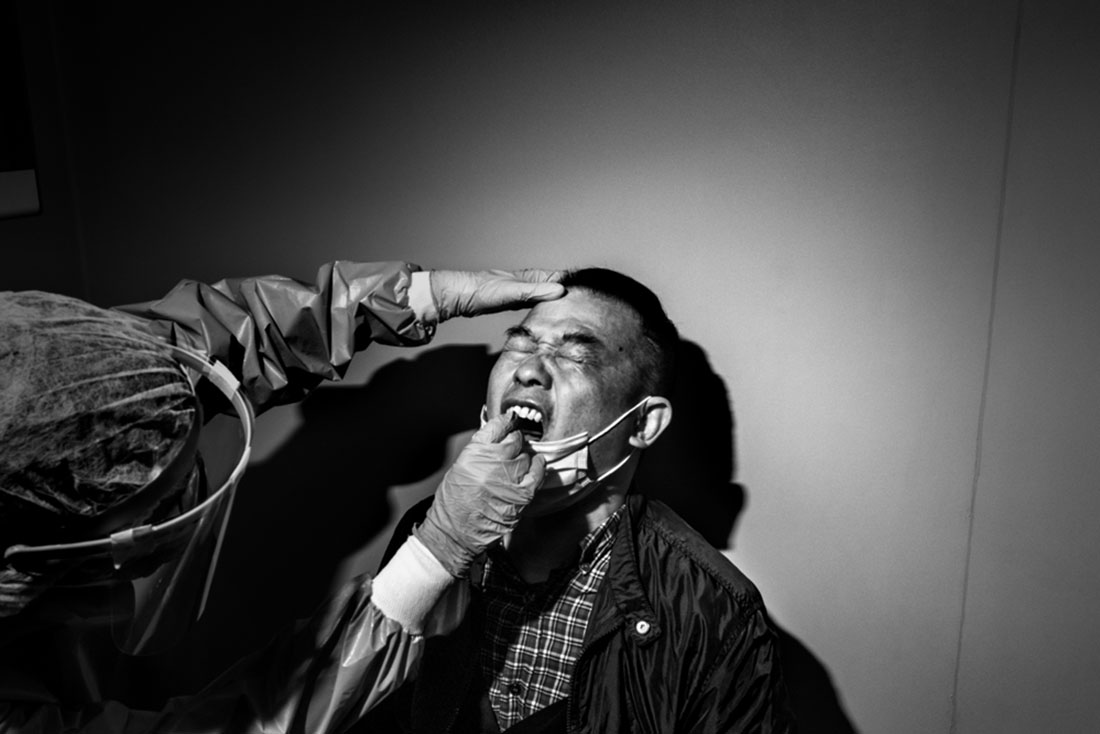 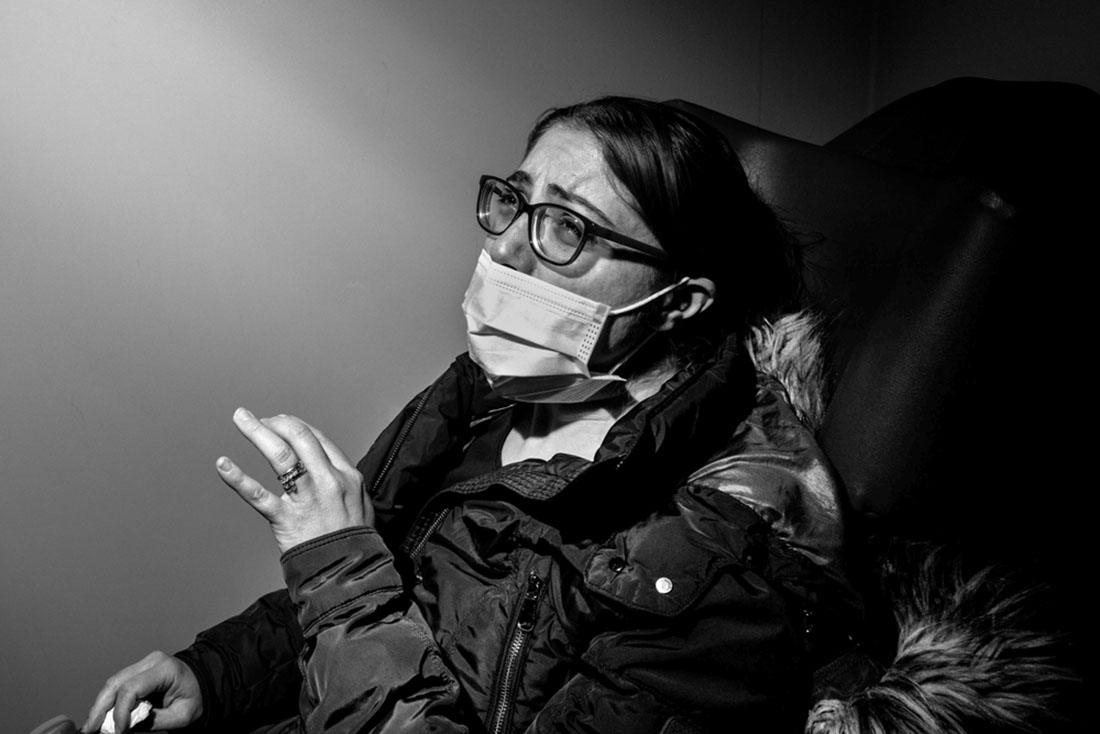 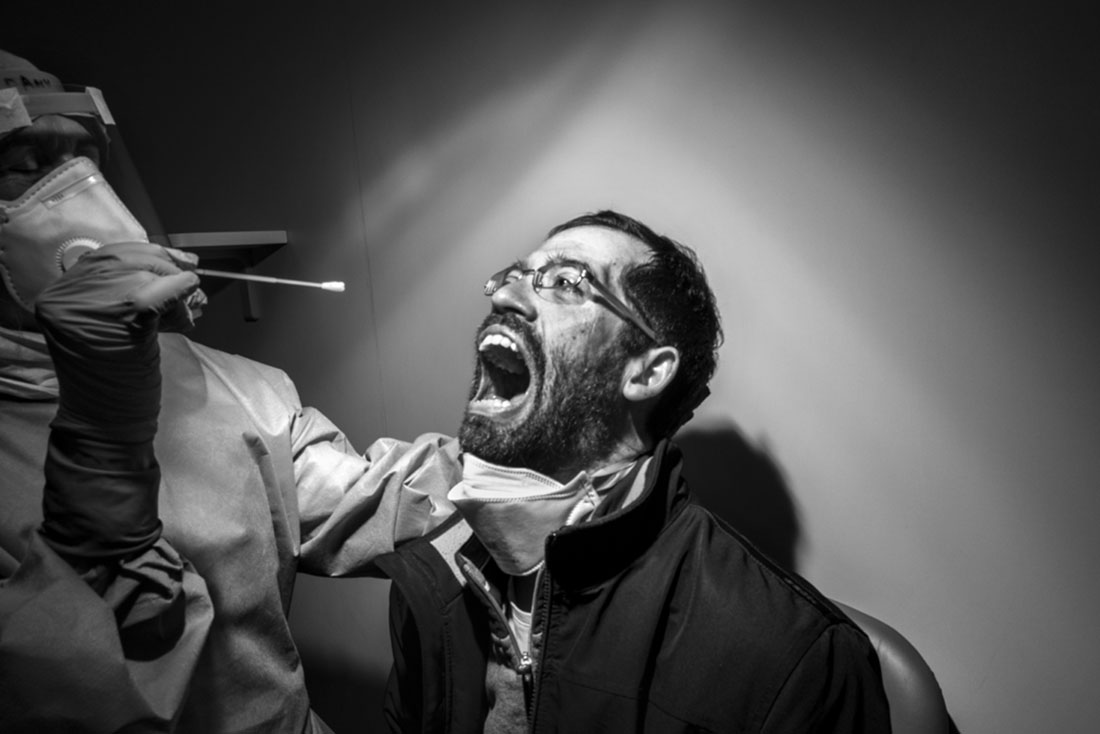 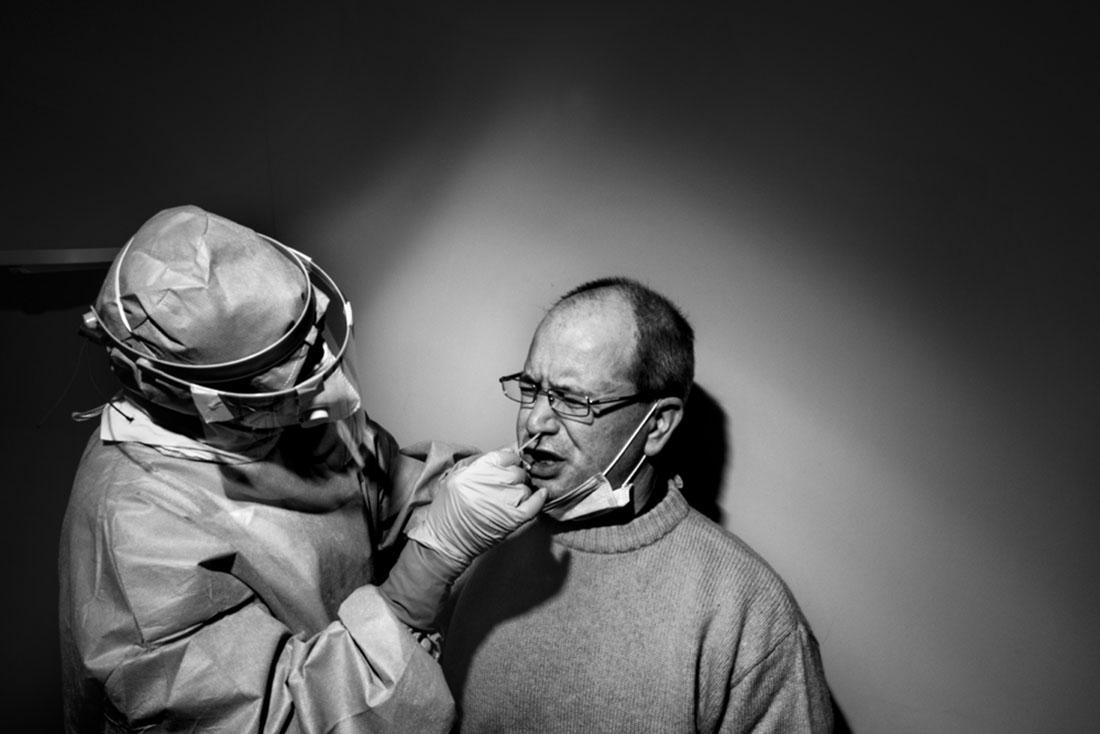 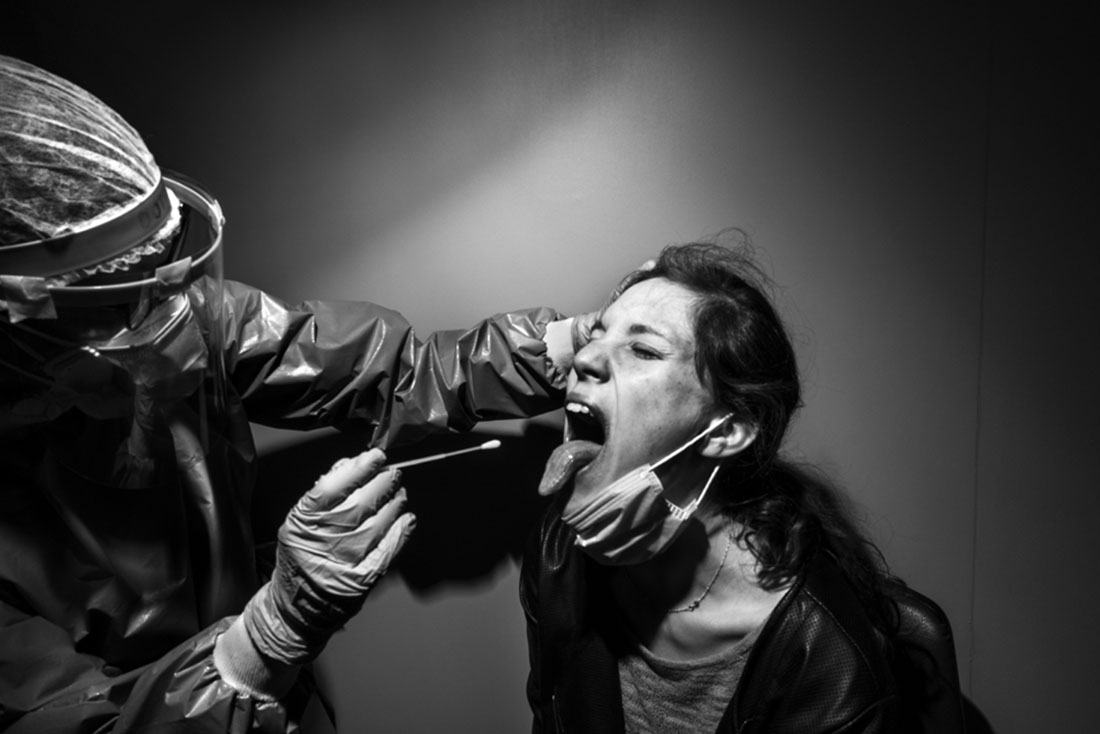 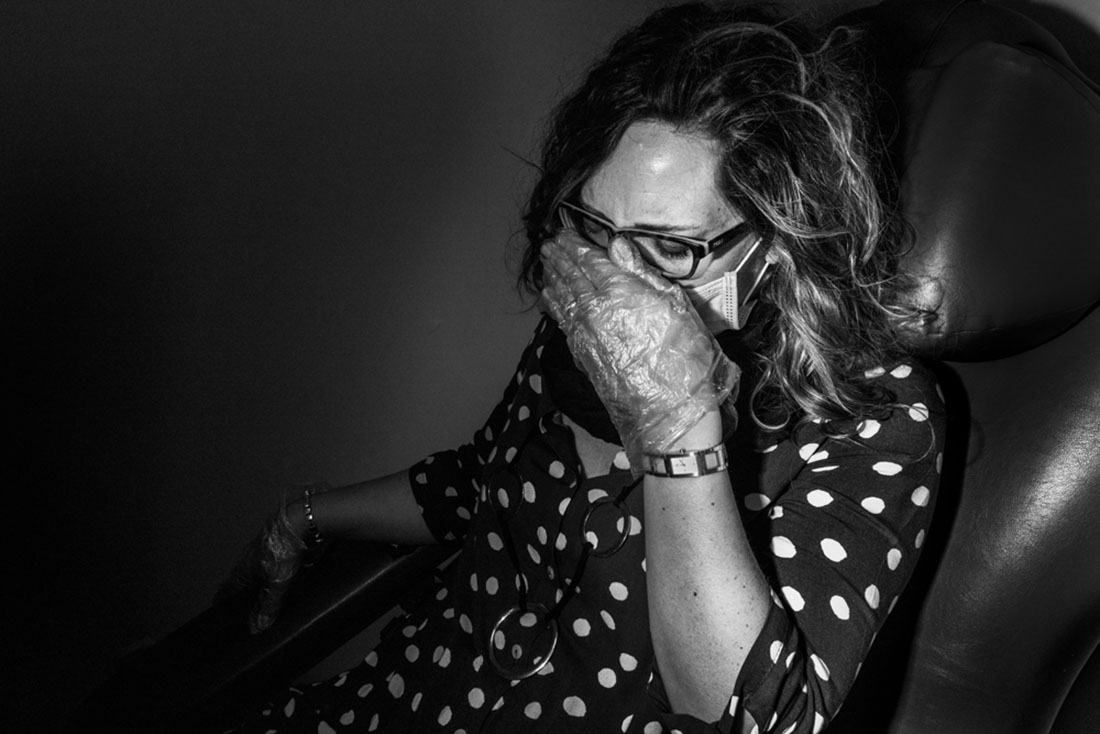 In San Gerardo Hospital of Monza and Brianza doctors, nurses and civilians do swab tests.
The test becomes a constant ritual, like a religious ceremony. A confession where the doctor - through the tampon - reveals the sins of the patient.

Since the beginning of the Covid-19 pandemic, more than 260 Italian doctors have died from the disease - largely due to a lack of knowledge around the virus and a lack of resources, such as personal protective equipment.

According to Professor of Sociology of Health Ivan Cavicchi, general practitioners and other primary care providers have been “abandoned” and “left without protections”.

With time, the working conditions of doctors and care providers have improved, as their access to PPI. To maintain control over the spreading of the infection between people and especially between hospital staff, one of the most important tools is swab testing, although it's a procedure that can feel intrusive and be quite painful.

Gabriele Micalizzi is an Italian photojournalist. He collaborates with national and international newspapers such as: New York Times, The Guardian, Internazionale, Wall Street Journal. His works focus on the social condition of people and the relationship they have with the territory in where they live.

He is one of the founders of the Italian collective Cesura. In 2011 he began to reporting all the events related to the “Arab Spring”. Since 2016 he is testimonial of Leica and is the first winner of the European photographic talent, Master of Photography.

In November 2016 he presented his work on the Libyan situation: DOGMA. In 2019, during the Kurdish offensive in the Baghuz area against the last bastion of Isis, he was wounded by an RPG rocket. After the accident, during 2020 in Libya he cover the arrival of Turkish troops sent to help President Al Sarraj resist General Haftar’s attack.

During the Covid-19 pandemic in Italy, he followed the area with the highest number of cases, covering Bergamo and the rest of Lombardy, following doctor Cavanna’s work in the countryside of Piacenza. The pictures have been published in journals such as Time Magazine, le Monde, VICE USA and Internazionale.
SHARE
Support this photographer - share this work on Facebook.
< BACK TO GALLERY