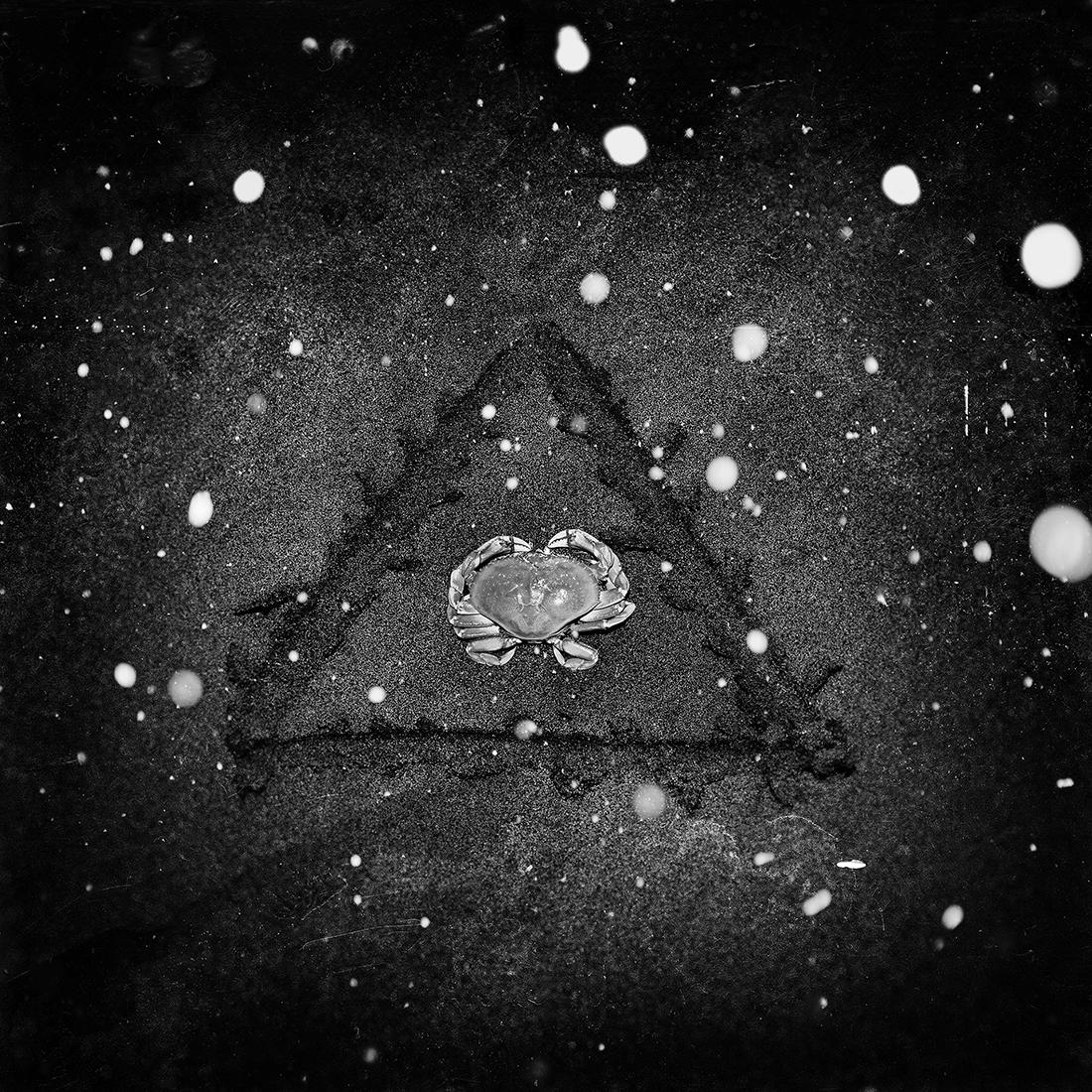 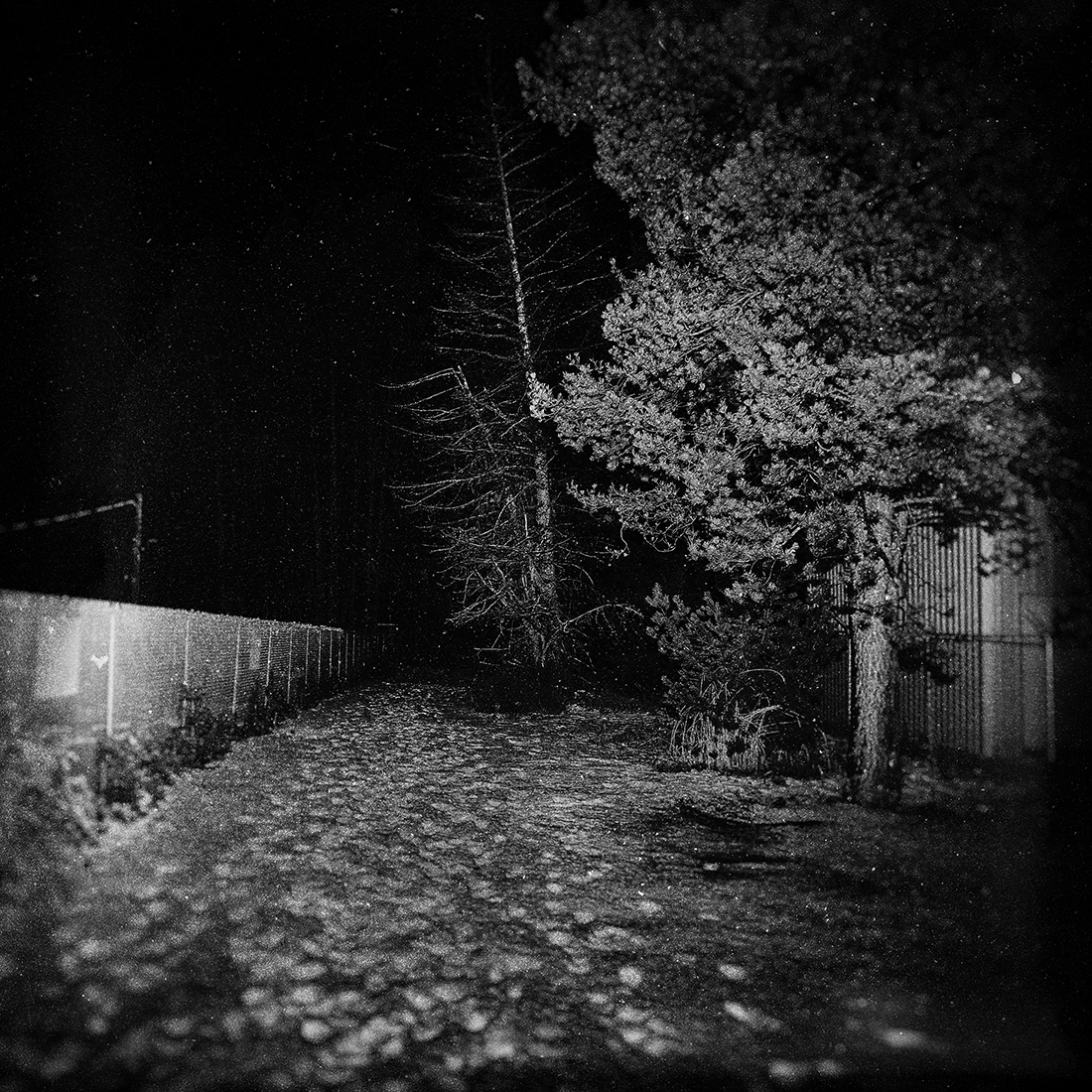 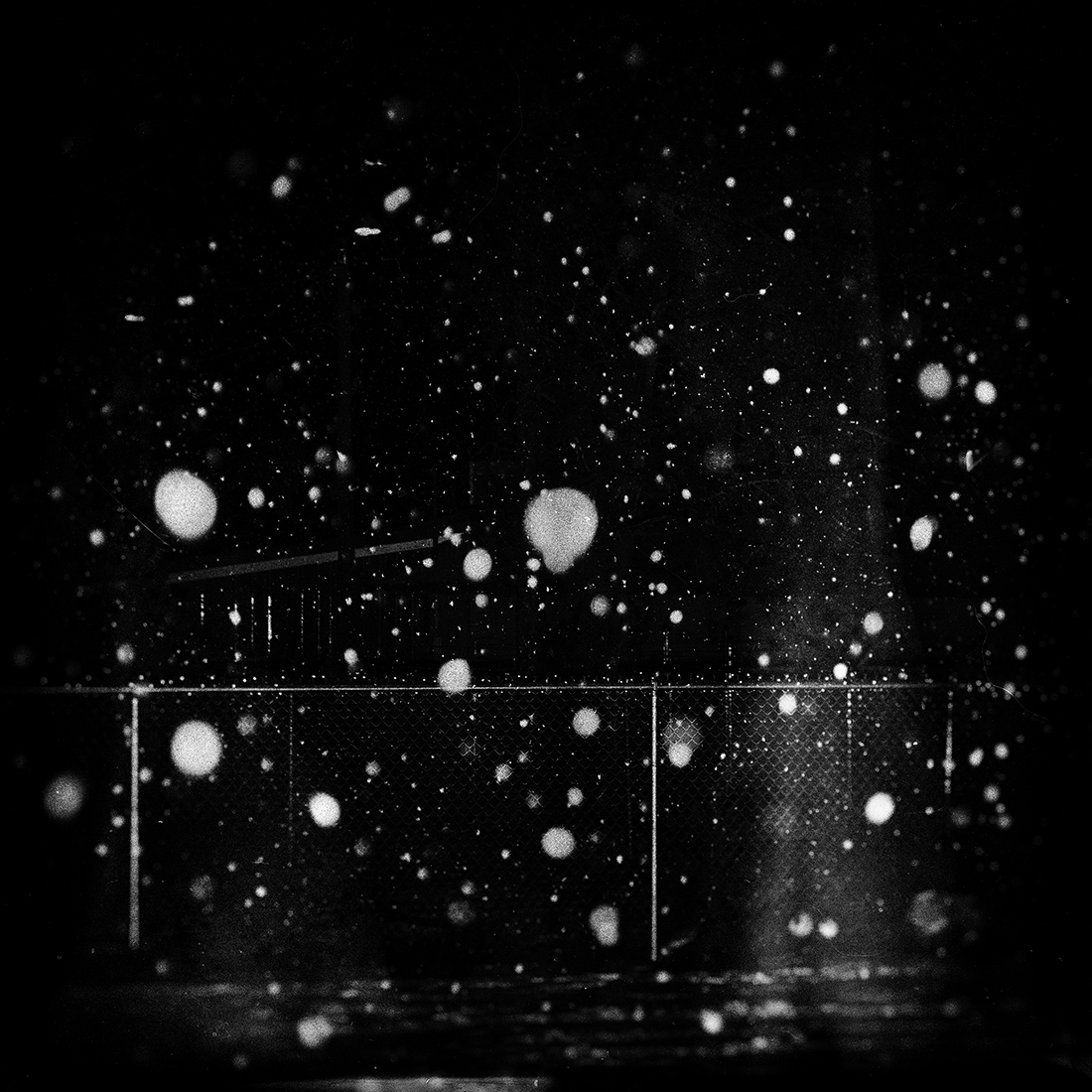 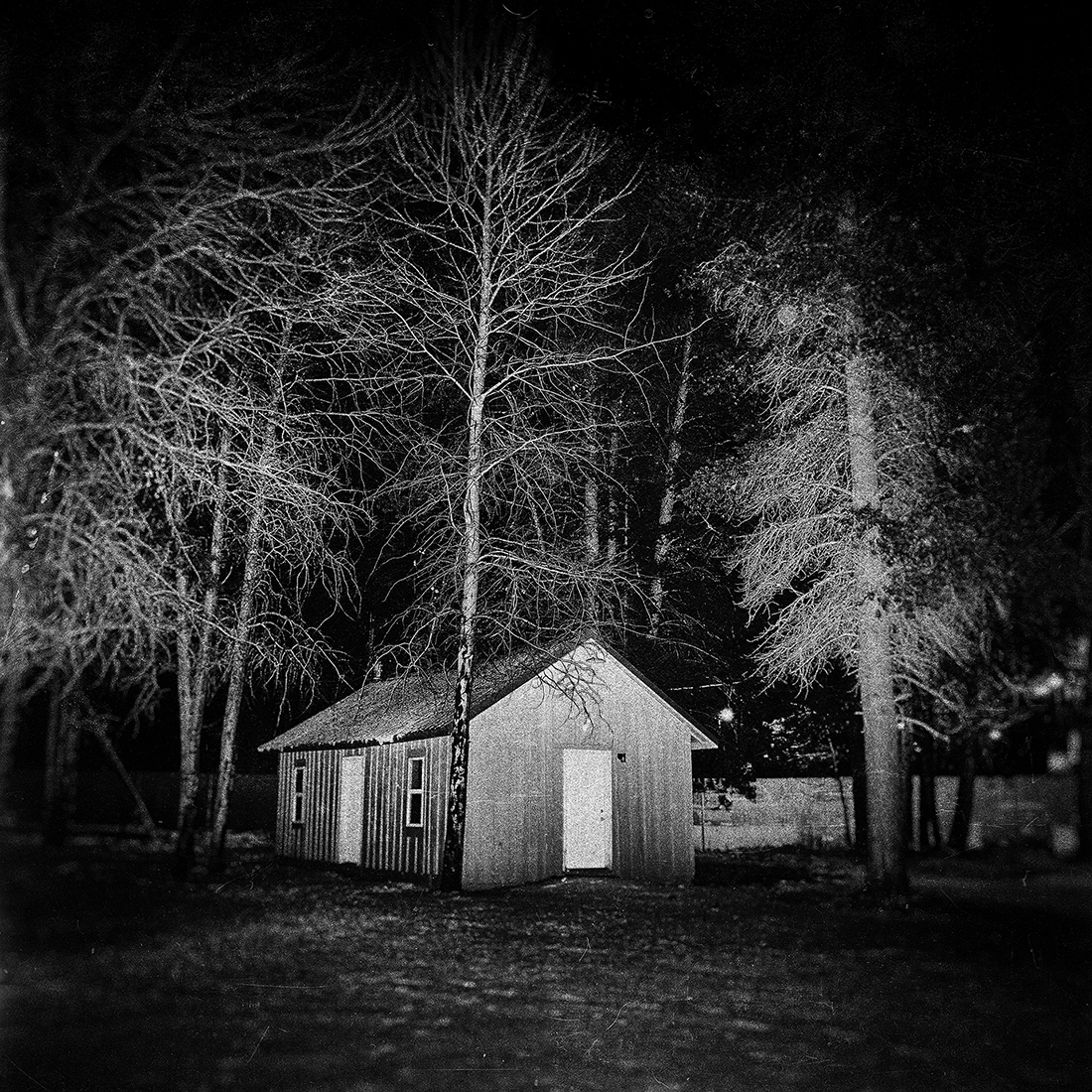 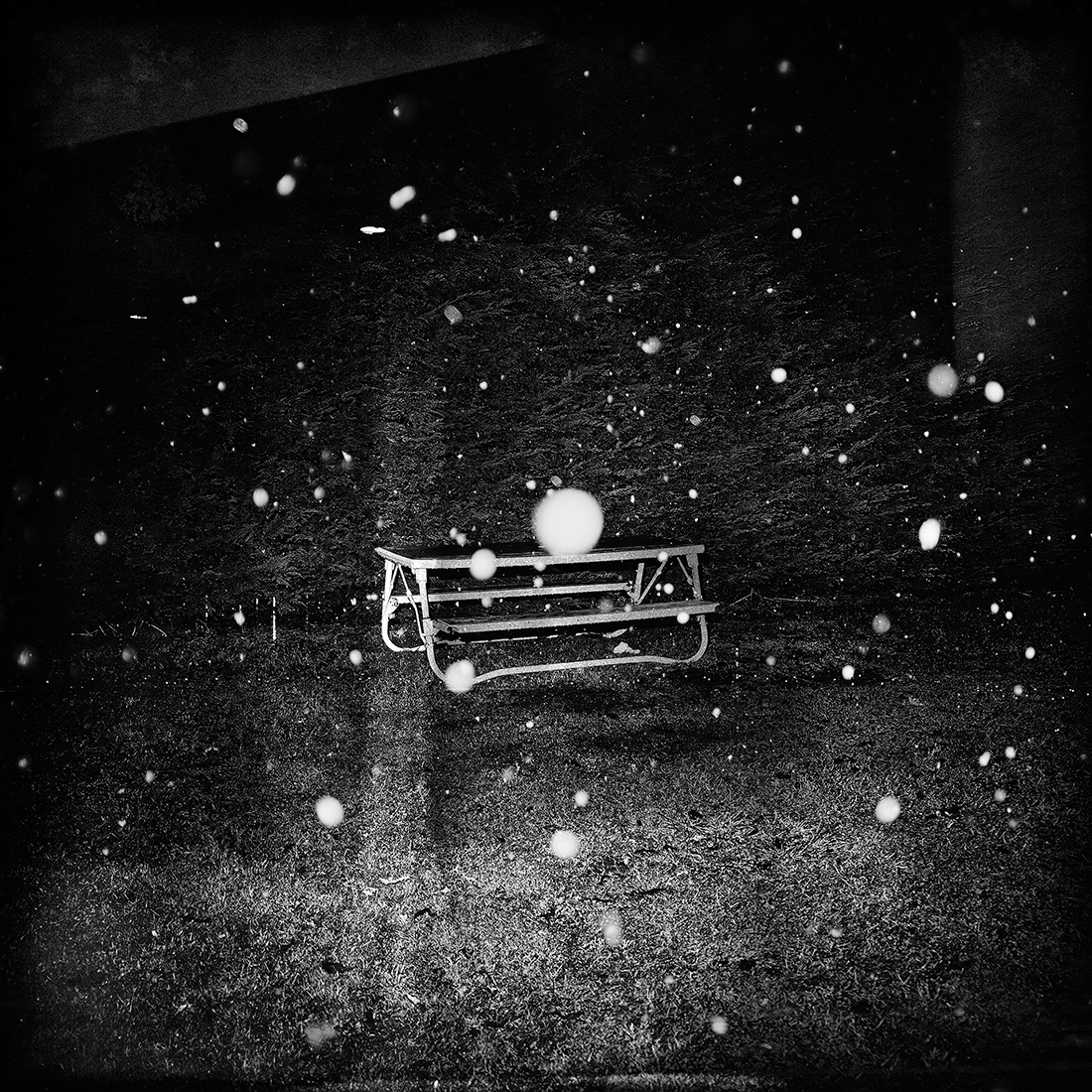 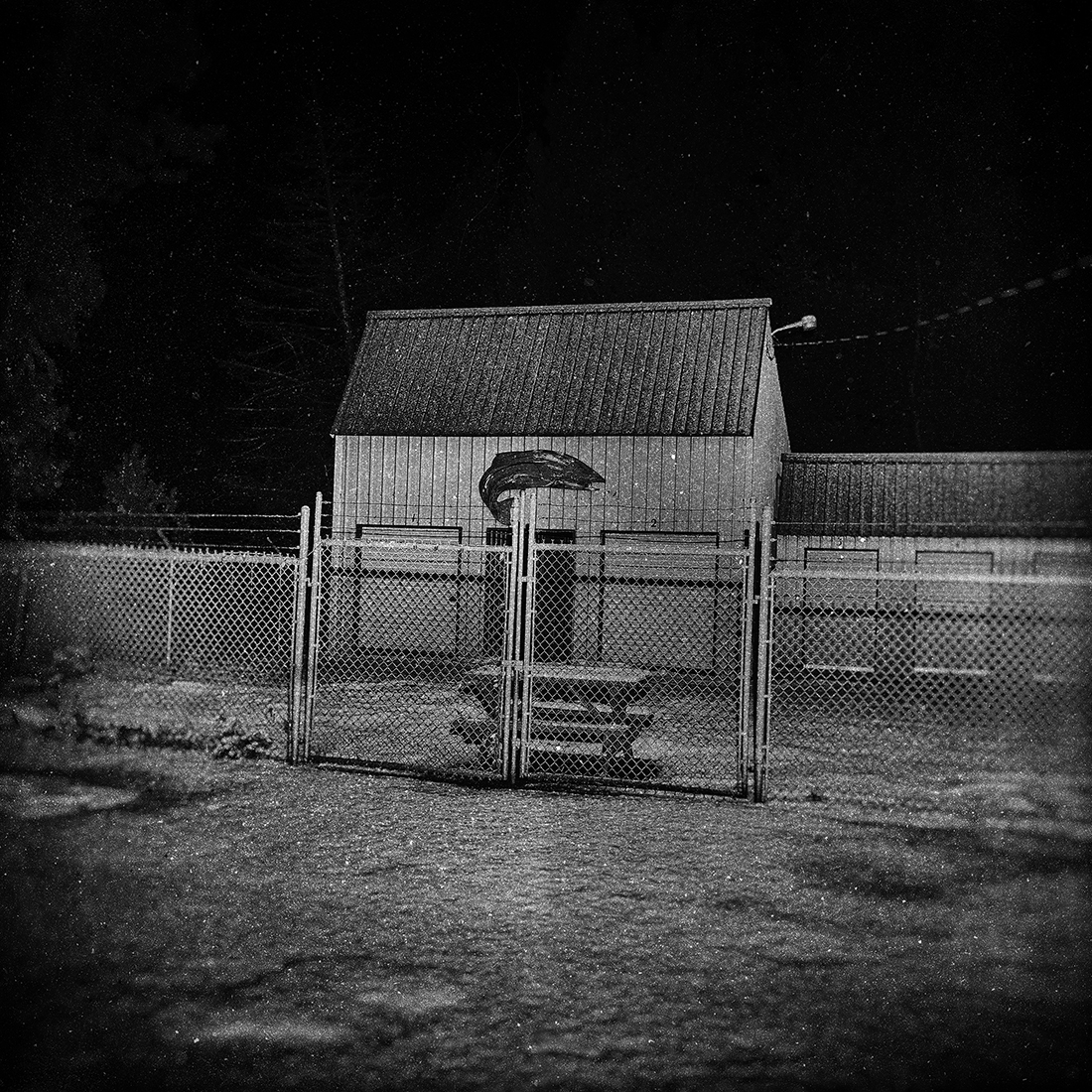 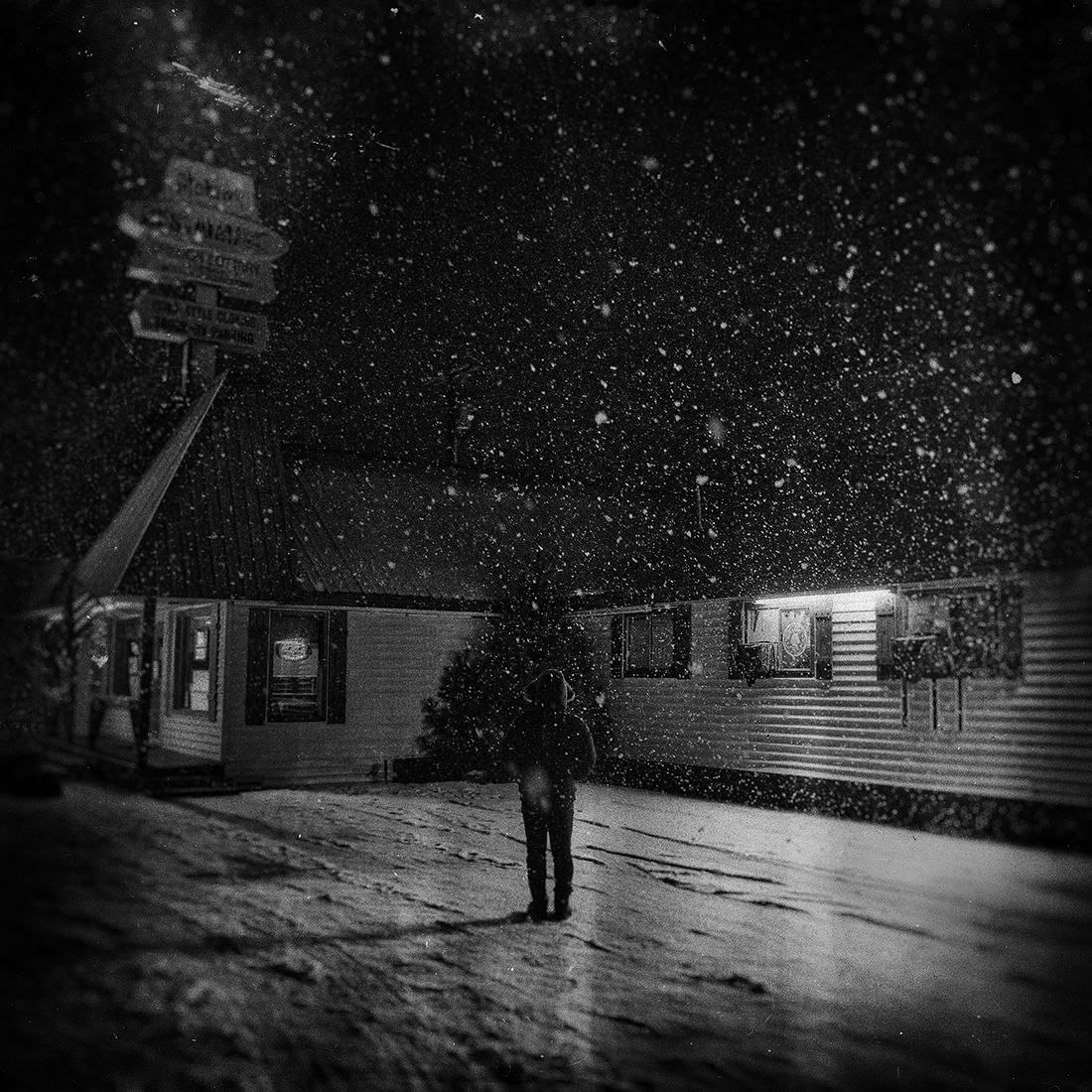 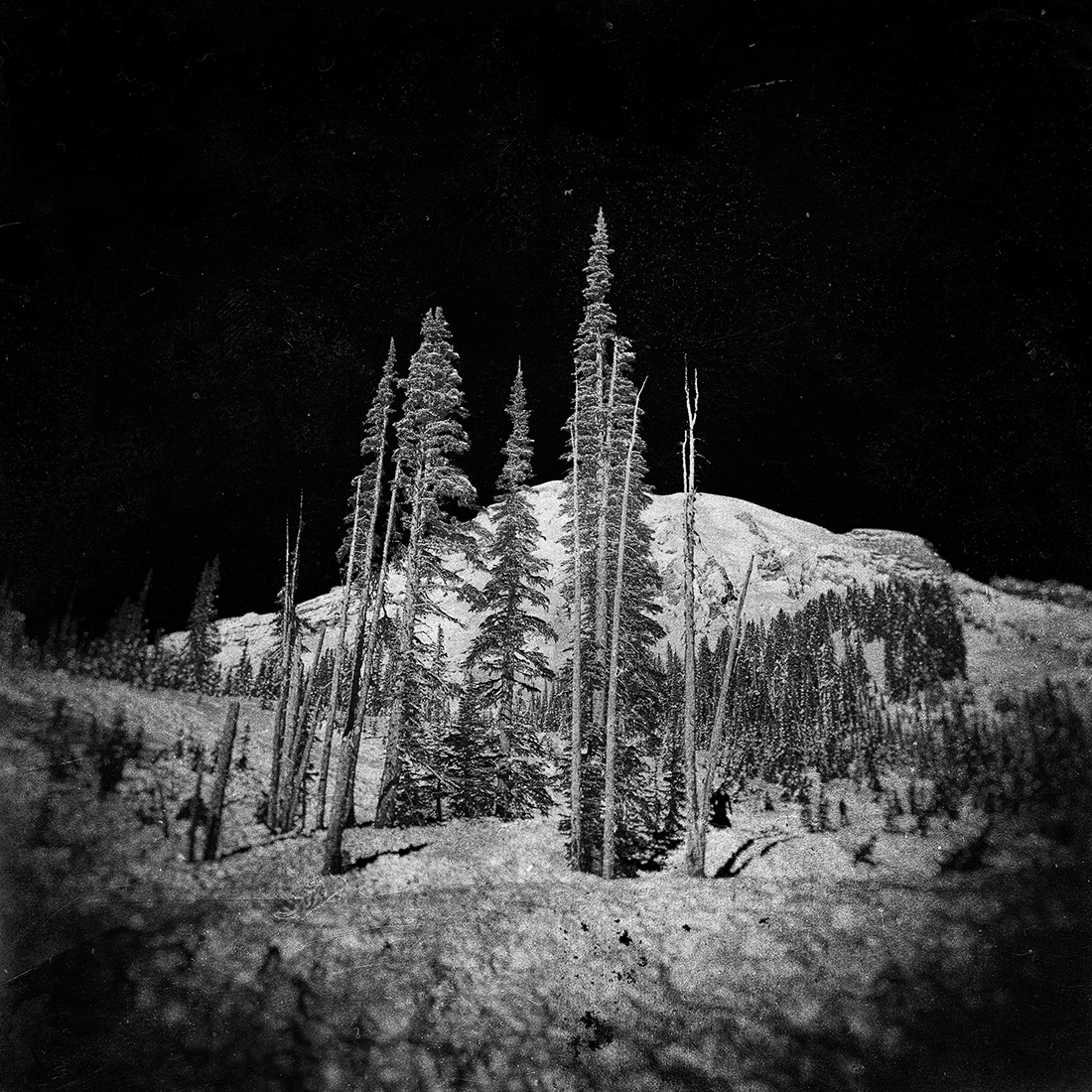 The snow, silence, the night is a collection that shows my childhood fears of snowy nights. The silence of the snowy nights was terrifying to me. I was so scared. Too much silence turned into a snowy nightmare for me.
While I was researching the scientific cause several months ago, I came across an internet site that answered my childhood questions.

Here is the answer,
When a new batch of snow sits on the ground, it is as if the world tends to be calm and silent. When snowflakes pile up, there is more space between them than there is water. The presence of these empty spaces absorbs the sound waves and, the sound can no longer be reflected. And then we touch the silence and, my fear deciphered.

The square frame that is used in this collection reflects the sense of fear of being in prison feeling that I experienced as a child because of snowy nights.
All photos taken for this collection were taken digitally. The wet plate technique was used to edit the photos to convey a dreamlike atmosphere to the viewers to better communicate with the photos and the story behind them.

Tirdad Aghakhani is a photographer and visual artist based in California. His love for human beings is exhibited through his work, largely collections of ordinary people, artists, and fashion photography. His artistic and poetic vision behind the camera has shaped his unique style of photography.

Growing up in a middle-class family, it was his mother who fostered his innate passion for art. Tirdad graduated with a degree in graphic design and simultaneously discovered his love of photography. In 2006, he was hired as the director of one of the largest photography studios in Iran until fleeing to Turkey in 2012 as a gay refugee. In Turkey he was hired as a post-production manager for a professional commercial photography studio and worked as a photographer and graphic designer for multiple European companies through 2015.

He continued to photograph portraits of refugees as an ongoing project, which resulted in a series named Torang (Pheasant), which deals with the life of an Iranian refugee female dancer and was later featured as part of a 2017 exhibition in Los Angeles. He pursued a Master of Arts in Photography from Academy of Art University and graduated in 2020.

His photographs have won multiple awards and been published in various magazines, including Vogue Italia. His quest for new experiences has made him an artist with a wide range of skills and unique works.
SHARE
Support this photographer - share this work on Facebook.
< BACK TO GALLERY