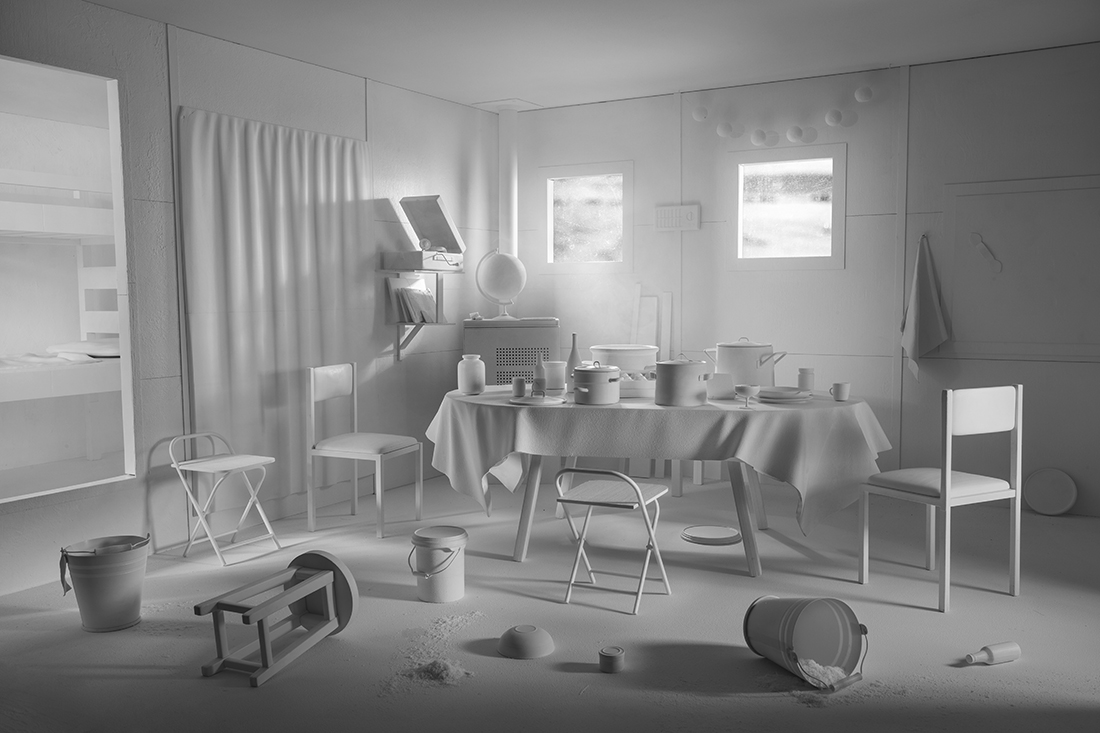 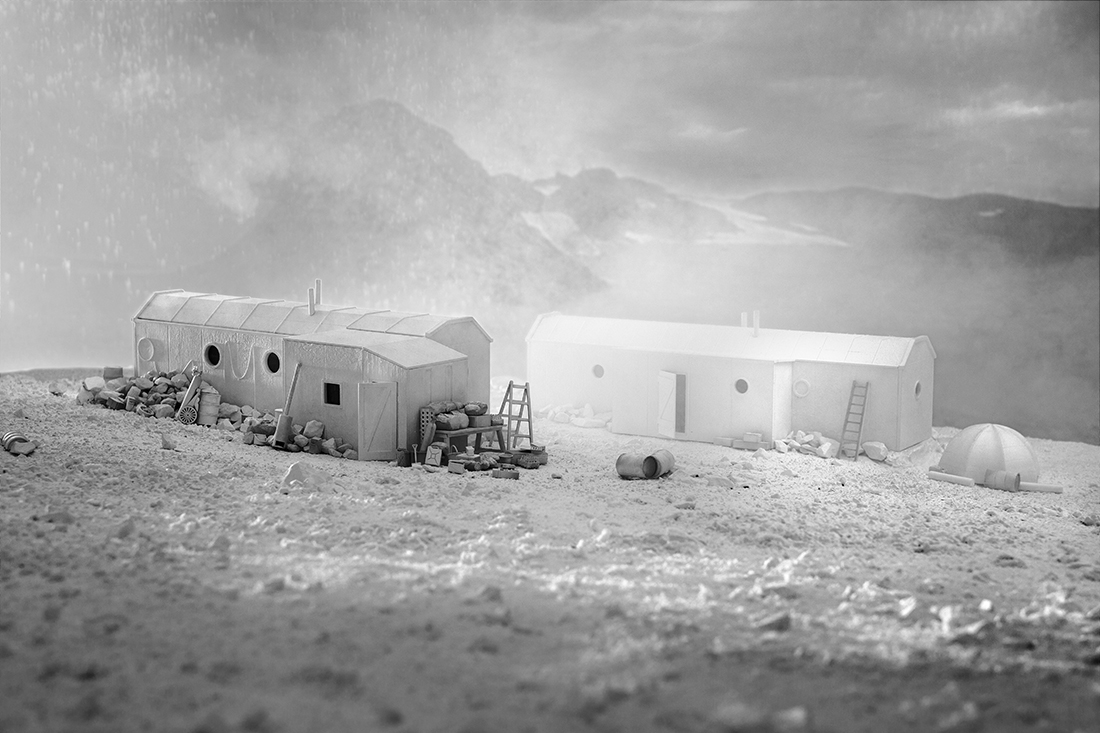 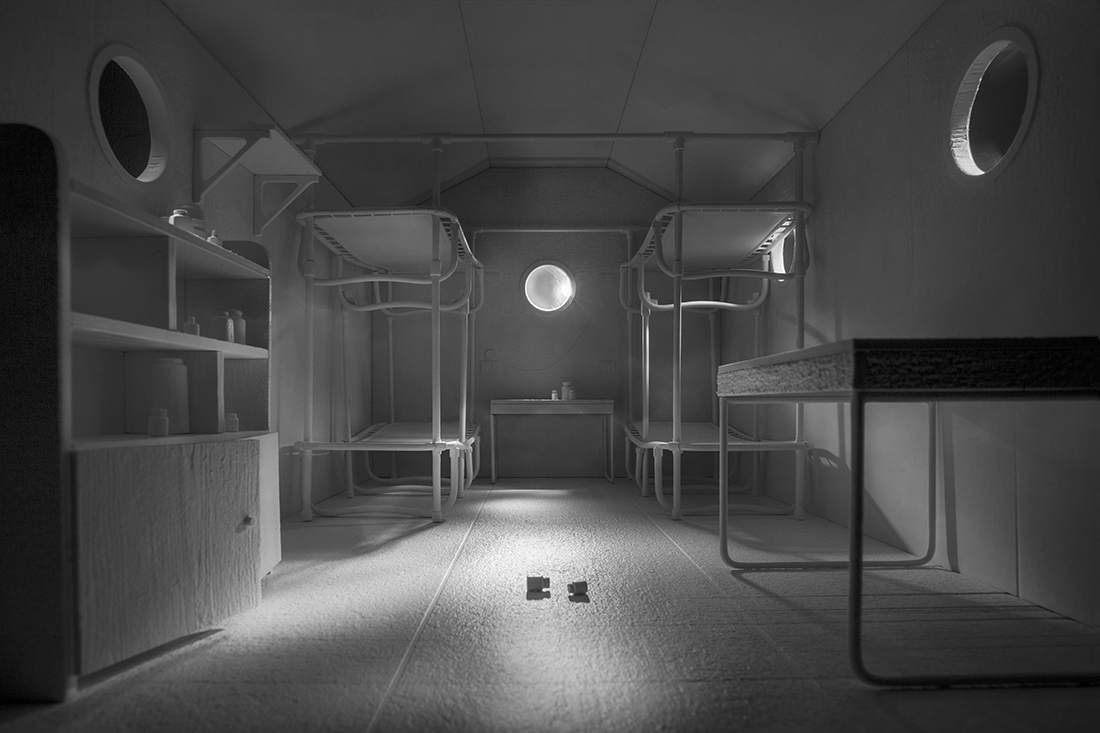 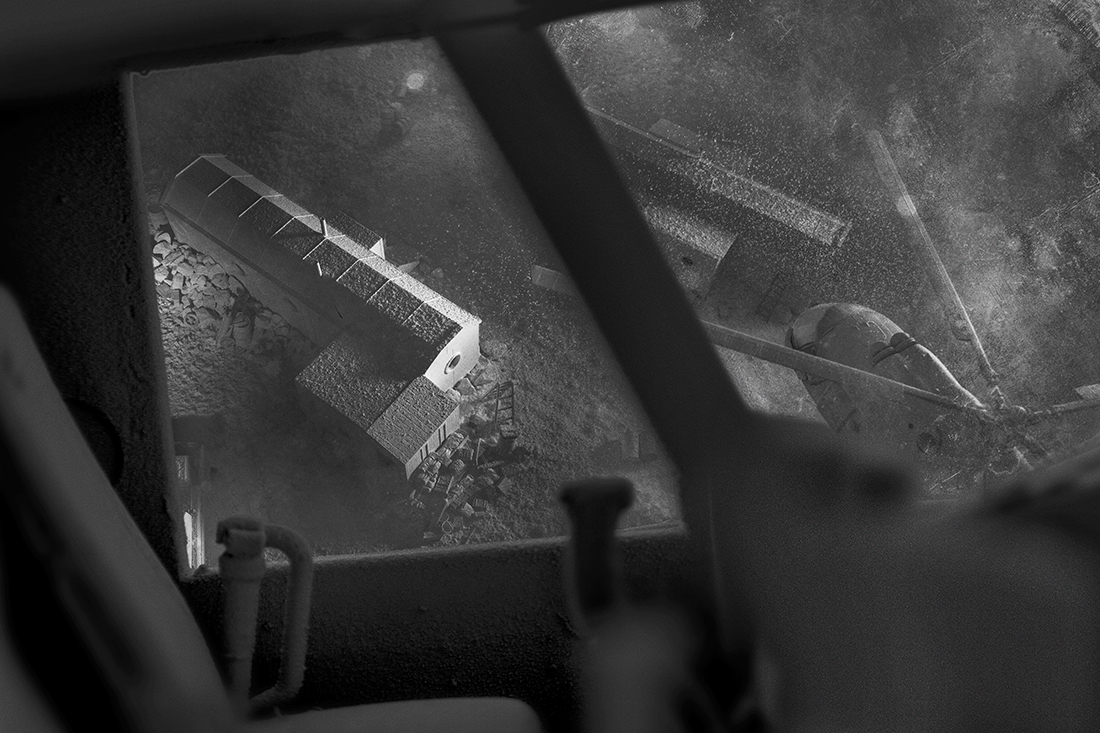 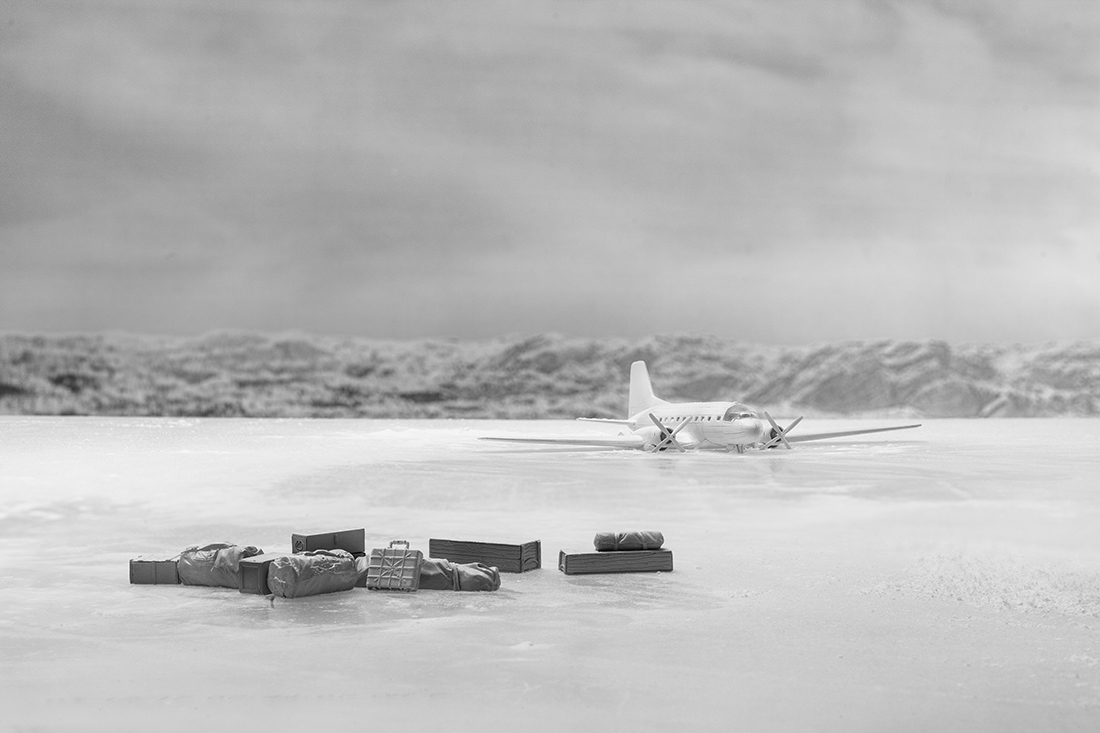 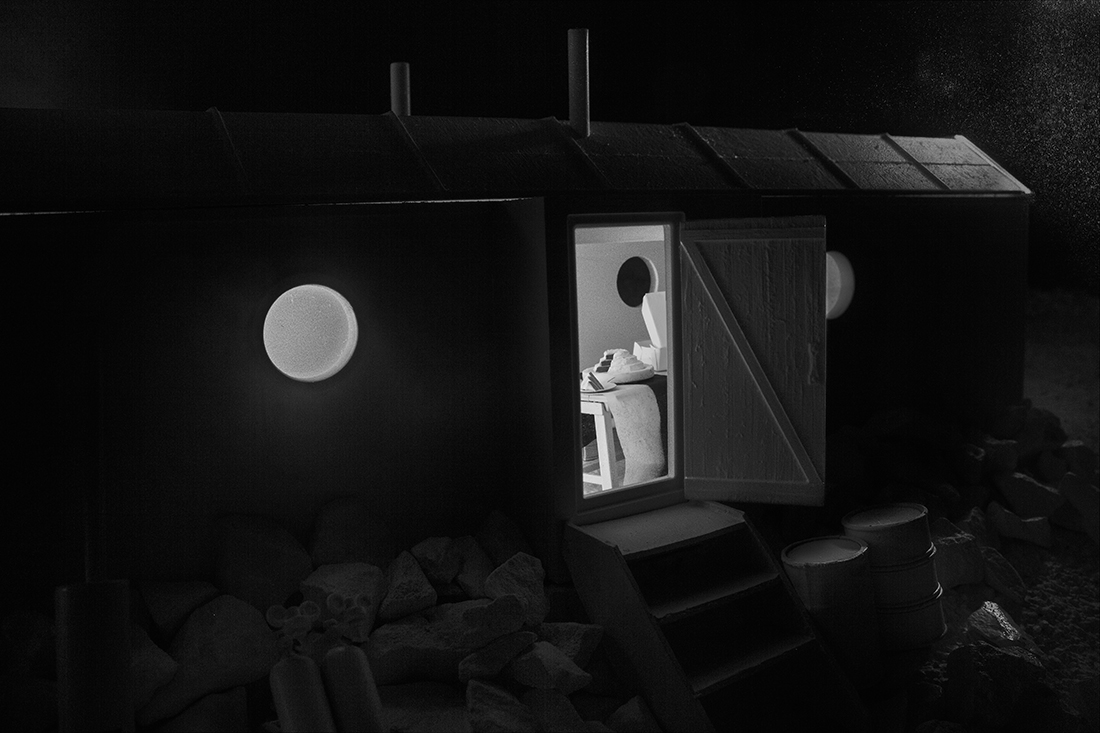 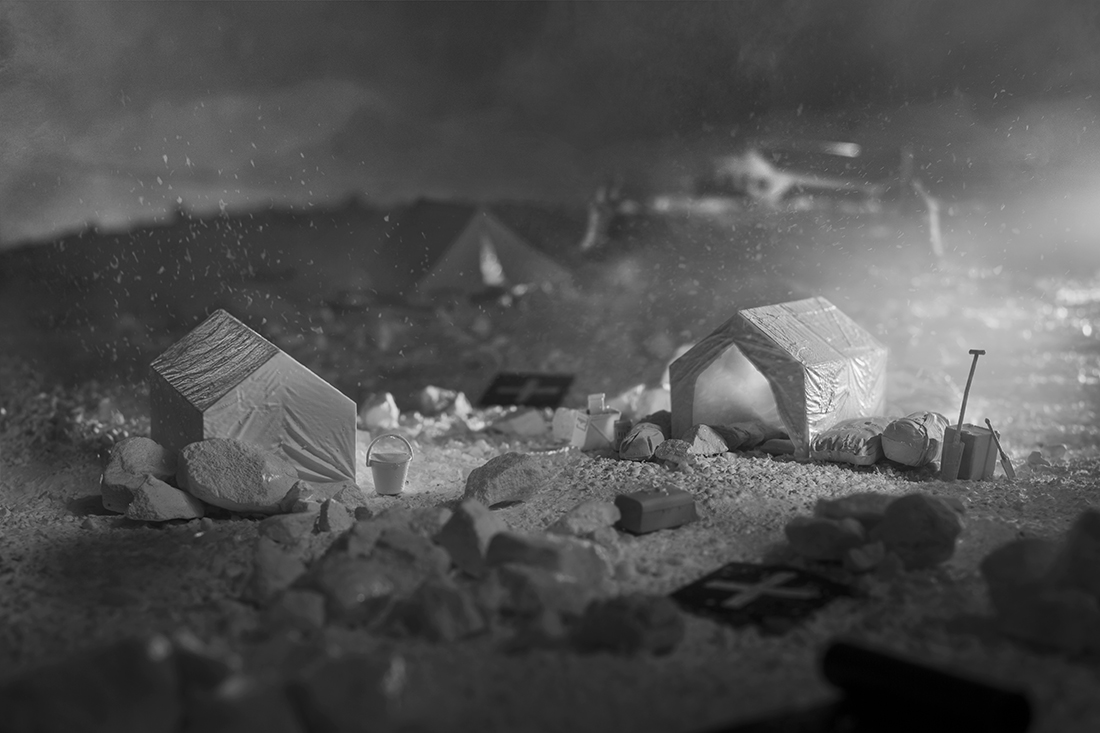 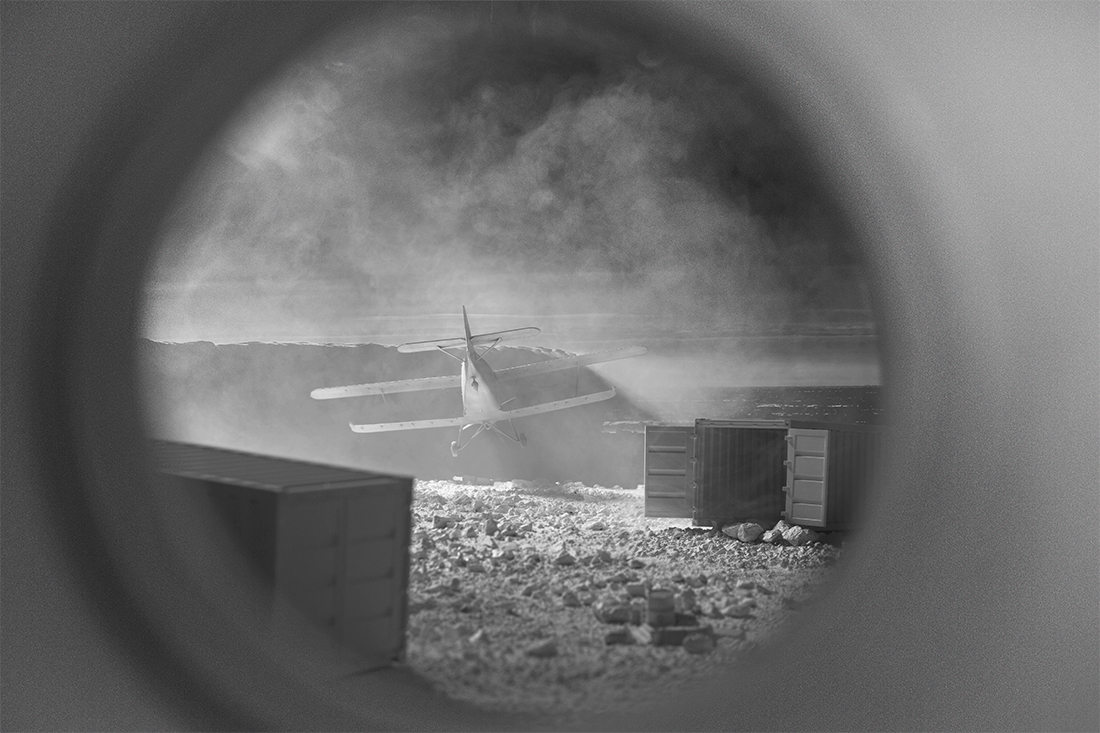 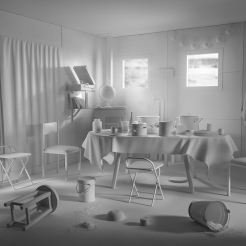 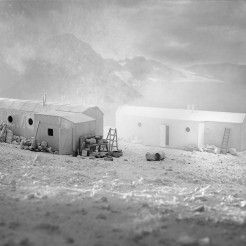 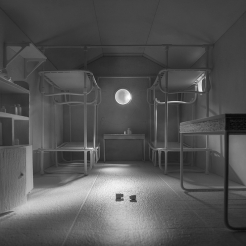 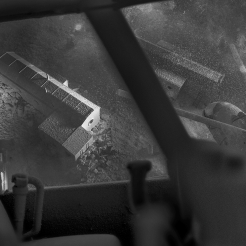 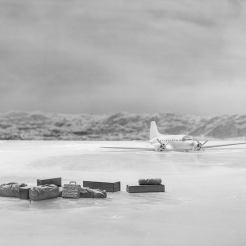 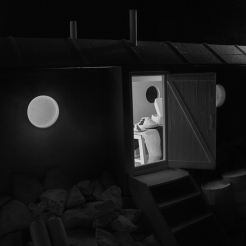 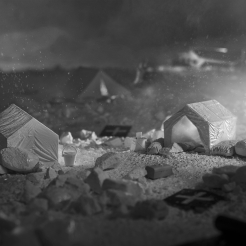 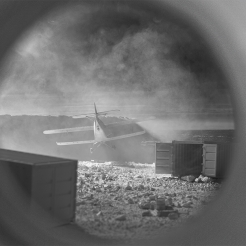 One of the important impulses that drove me to create this photo series was the note made in 2010 by the Australian press journalist Jo Chandler. In her intriguing text she expresses the emotions experienced when visiting the Polish-Soviet polar station (A.B. Dobrowolski Polar Station) in Antarctica (Bunger Oasis). Fascinated by the report and the underpinning mystery, I started to create a kind of an archive comprising different materials regarding Polish polar expeditions from the years 1958– 1979. The exhaustive search for information, articles, reports and photographic documentation helped me ascertain the chronology of events and the reasons why the station was abandoned by subsequent expeditions. The journals of polish scientists are filled with personal afterthoughts, a synthesis of visual images, mental states and literary sensitivity, whereby which show the same place in different ways. An innocent mountain scenery becomes a dreadful stony desert in one view, only to transform into a white hell of potentially no return. The suggestive descriptions often bring to mind the legendary expeditions of famous explolers all of whom were also accompanied by artists. A diorama based on the photographs, maps and satellite shots has proven a particularly useful tool. Through intensive stimulation of all senses, its threedimensionality and tangibility gave me a sense of continuity of experiences, the “feeling of participation”. A small portion of the White Land gained a new technical representation in the form of a spatial model created using digital tools and a computer-controlled miller. This was a symbolic “decoding” of the reality encrypted in the photographs made by Polish polar explorers. Owing to the miniature reconstruction, I could again encode the image with my own photographic narration. The series entitled “Oasis” is an attempt to externalise my imaginations and reflections referring to a place I have never visited.

Jakub Wawrzak (b. 1989 in Torun, Poland) graduated from the Nicolaus Copernicus
University, Department of Fine Arts. In 2014 he started his job as an assistant in the Department of
Visual Arts at the University of Technology and Life Sciences in Bydgoszcz. In 2017 he got a
position as assistant in the Department of Graphic Art at the Nicolaus Copernicus University in
Torun. In 2018 he received his PhD degree in fine arts (NCU). In his art-research project he
investigates the phenomenon of reception of diorama, with particular emphasis on the phenomenon
of immersion and virtual images. The problem of the interference of magical-mythical thinking in
the way of daily functioning takes a particular place in his work. His artistic activity is mainly
connected with photography, film and interdisciplinary art.
Share
Support this photographer - share this work on Facebook.
< BACK TO GALLERY