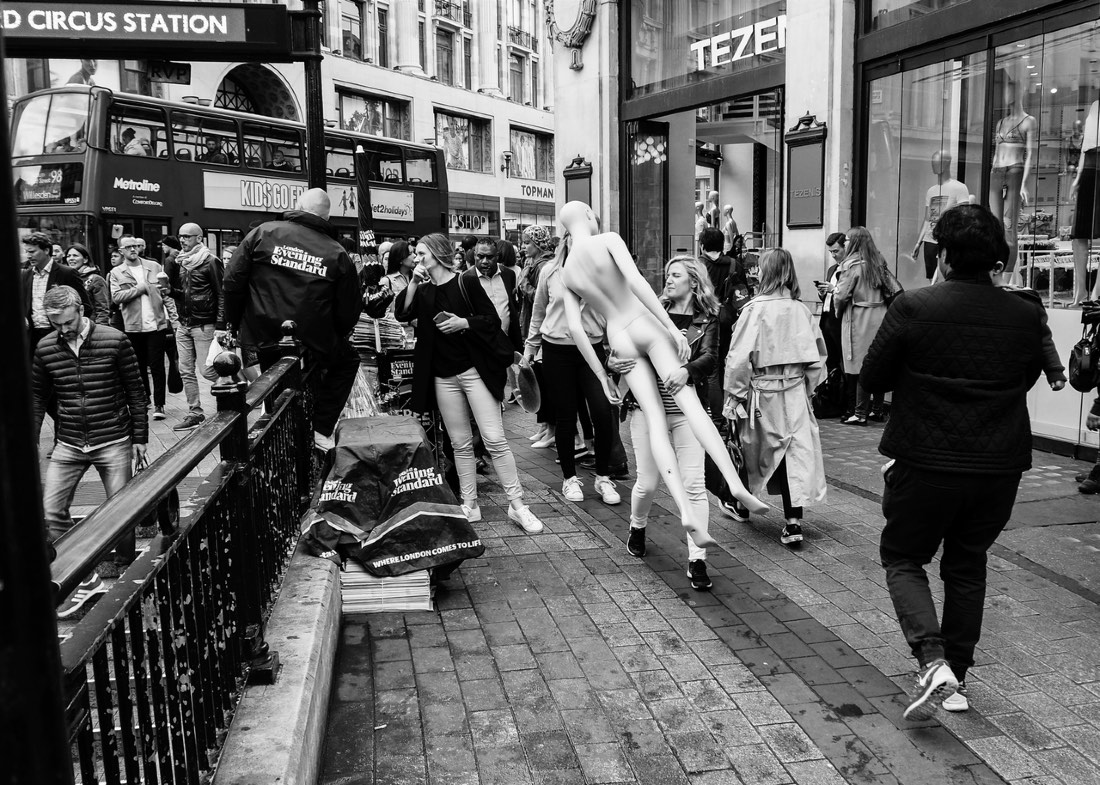 I took the picture at Oxford Circus. Suddenly this situation manifested itself and by responding quickly I got a picture that is both typical and unusual for the public life in London. All people are so taken care of themselves that they do not even notice a woman wearing a mannequin in the middle of the crowds.
To the left of the mannequin is a woman talking to a newspaper salesman. The woman's legs have the same slope and color as the mannequin's legs. This enhances the experience of the image. All lines in the image allow you to be drawn into the center of the image where a colored man is stressed out with a special target in sight. He may have to meet someone and it seems he is late for the meeting.

I've always had a keen interest in photography in various forms. I have devoted myself to this in parallel with my professional life as a teacher. I am a self taught photographer who loves to photograph people in different situations especially in the Street Photography genre. It is exciting and interesting to observe and photograph both when traveling in different countries and at home. It often becomes pictures with humor and commitment that guide me when I depict reality.
I also take arranged pictures where I direct friends and acquaintances who act as actors. My ambition is to entertain, provoke and touch. Several pictures were taken with an English large format camera (Thornton Pickard) from the late 19th century. I have photographed the negatives and then done the final image processing in Lightroom.
Share
Support this photographer - share this work on Facebook.
< BACK TO GALLERY