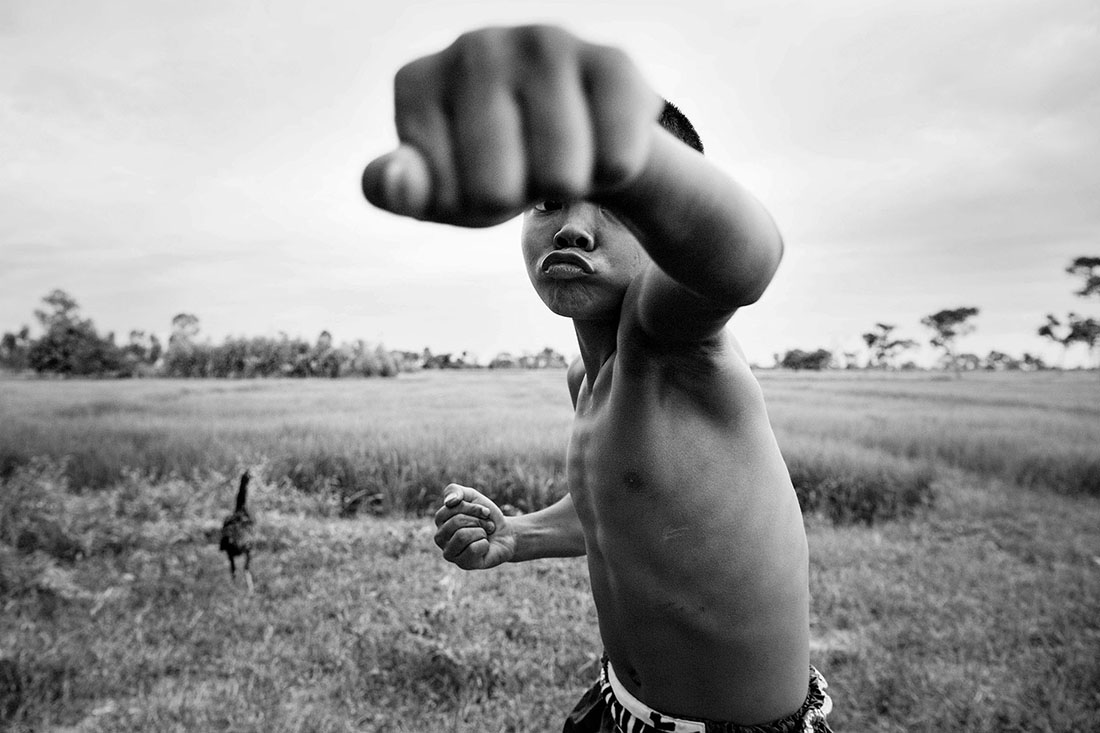 Pupa trains at the Dor. Pewlawpakdee Gym which is situated in a remote part of rural Isaan. With few work opportunities, Muay Thai has given Pupa hope of a more rewarding livelihood. Having accumulated well over 100 fights, he is a regional champion. His fighting skills have earned him the adoration of Thailand’s North Eastern Muay Thai community and his success has enable him to support his parents. Only time will tell whether Pupa has what it takes to gain stardom in an industry where only the strongest willed and skilled succeed.

Lord K2 is a visual artist from London based in Barcelona. In 2011 he seized trading stocks and ventured into the art world. After an initial stint exploring stencil graffiti in South America, Lord K2 shifted his focus to photography in order to pursue ethnographic visual story telling. His first project was to document the graffiti subculture in Santiago de Chile followed by the street art scene in Tokyo. Both projects were released in book form by Schiffer Publishing. He subsequently spent 5 years living in Asia in order to chronicle the Muay Thai and Sumo cultures. He gained a reputation for his raw and gritty immersive style of photography. Lord K2 is now experimenting with drones.
Share
Support this photographer - share this work on Facebook.
< BACK TO GALLERY